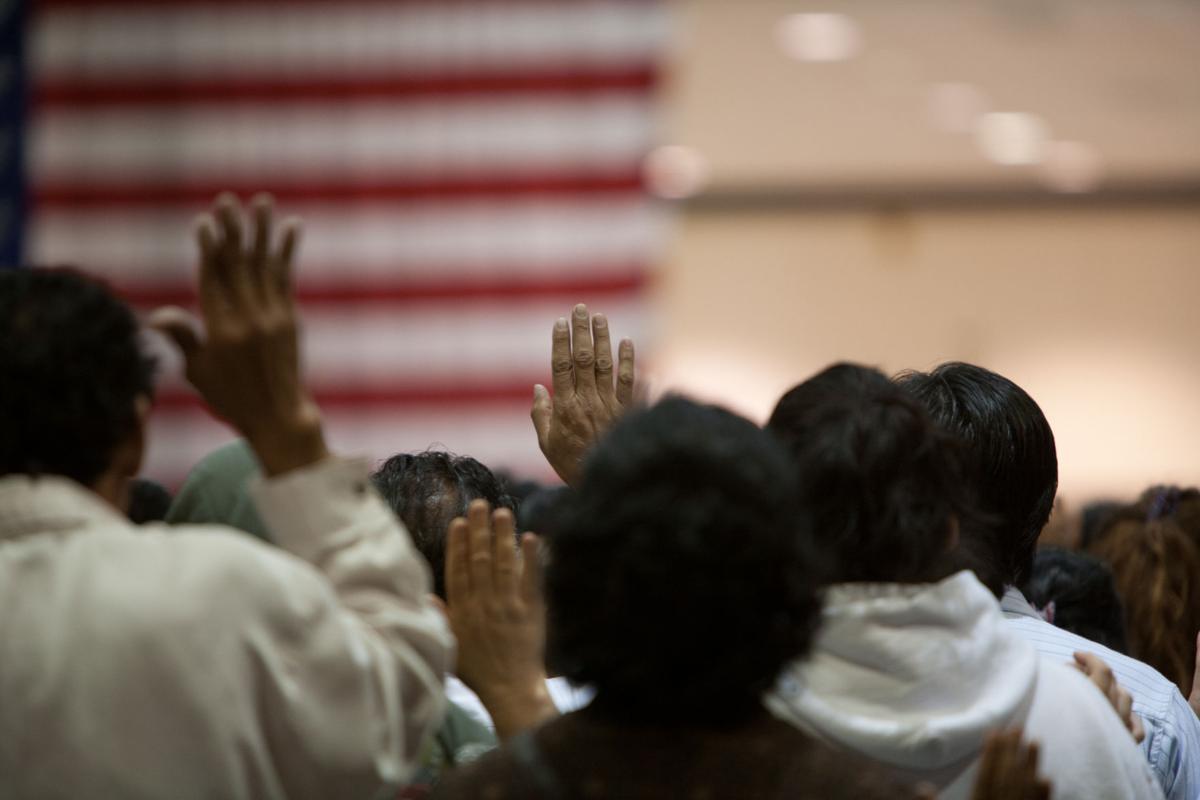 Immigrants at a swearing-in ceremony for U.S. citizenship at the Los Angeles Convention Center in 2007. 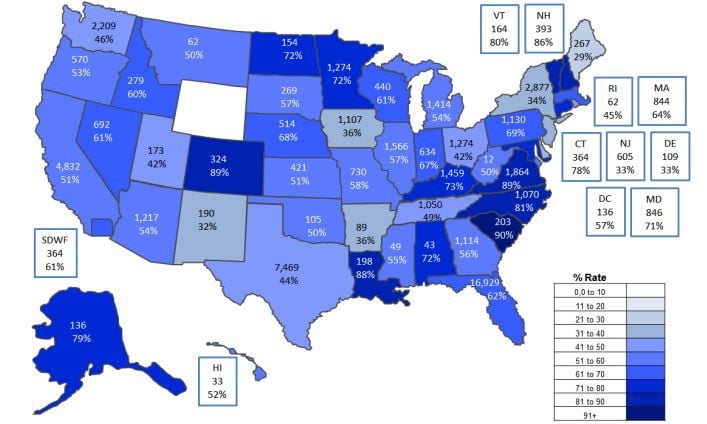 Photo courtesy of the Office of Refugee Resettlement

Colorado's programs were more effective in helping immigrants get jobs than many other states', says an annual report from the Office of Refugee Resettlement.

Colorado's Refugee Services Program placed 89% of its 2018 caseload in either full-time or part-time jobs in 2018. The national placement rate when all states were totaled was 57%.

The average pay rate for Coloradans who found employment through these programs was $12.98 compared to the national average of $11.61. The retention rate of these individuals was 90% when measured at 90 days after initial employment, higher than the U.S. total rate of 86%.

Colorado had a smaller population to work with last year than many states, helping 324 individuals who signed up for their programs while other states grappled with thousands.

Overall, the U.S. saw a significant reduction in the number of immigrants seeking employment through assistance programs, with 60,329 in 2018 compared to 124,370 in 2017.

Applicants for U.S. citizenship are waiting months longer than they are supposed to, a report says.

A rule blocking employment for spouses of H-1B visa workers on their way to green cards might debut this spring, a Colorado media outlet is re…

The Colorado Department of Labor and Employment is out with its latest monthly jobs report for the state. Here are the key takeaways for the state’s workers.

Immigration and Customs Enforcement has met resistance in Colorado, but that has not stopped the agency from making arrests.

"Refugees are an engine of prosperity and innovation that strengthen communities in Colorado and the United States," the letter states.