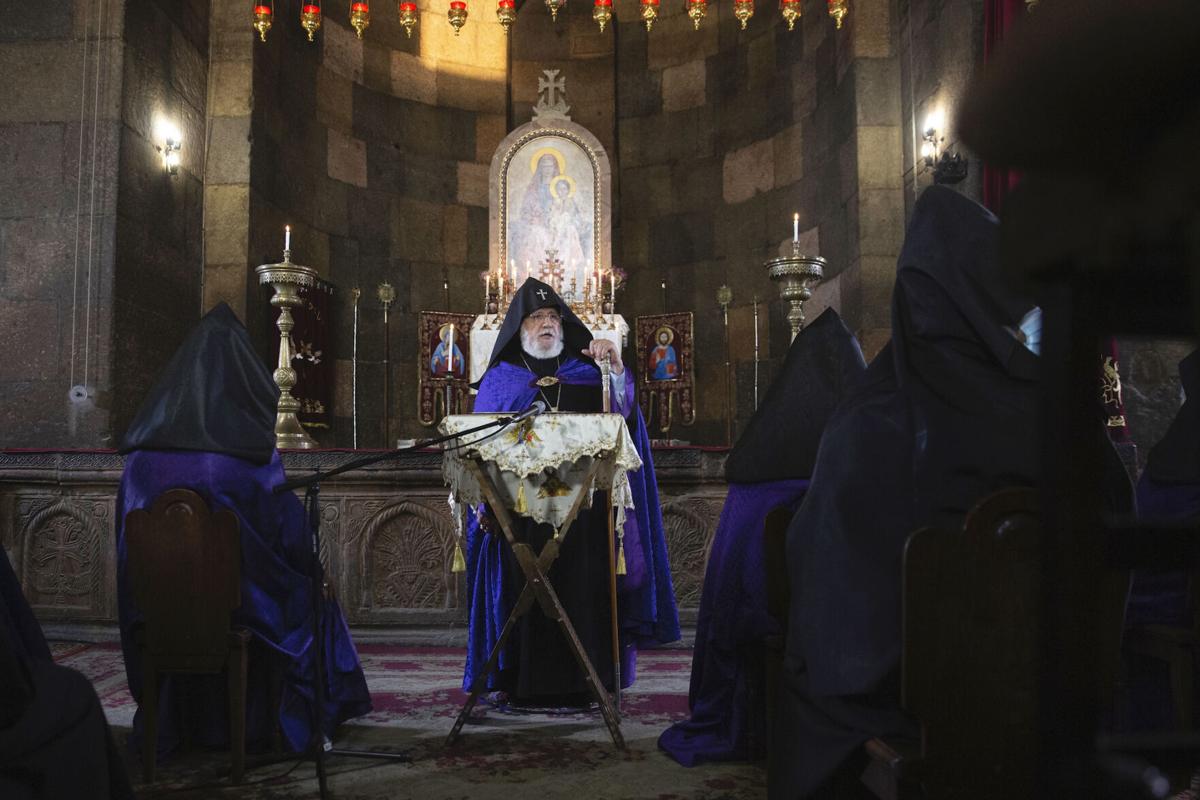 Catholicos Karekin II leads a nationwide prayer for peace in the Saint Gayane Church in Etchmiadzin, Yerevan, Armenia, Saturday, Oct. 3, 2020. Fighting that started Sept. 27 is some of the the worst to afflict Nagorno-Karabakh and surrounding areas since the end in 1994 of a war that left the region in Azerbaijan under the control of local ethnic Armenian forces. 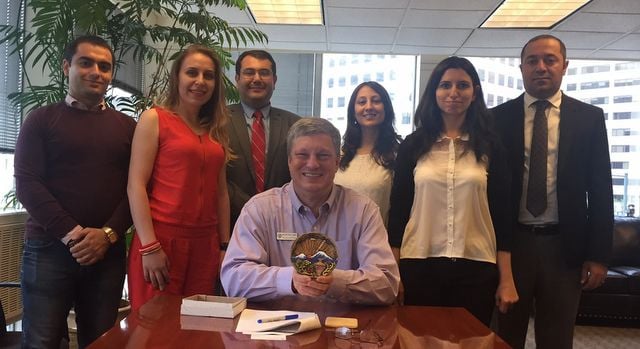 Catholicos Karekin II leads a nationwide prayer for peace in the Saint Gayane Church in Etchmiadzin, Yerevan, Armenia, Saturday, Oct. 3, 2020. Fighting that started Sept. 27 is some of the the worst to afflict Nagorno-Karabakh and surrounding areas since the end in 1994 of a war that left the region in Azerbaijan under the control of local ethnic Armenian forces.

At its heart, the conflict is over rights to what Armenians see as ancestral homeland, though technically in Azerbaijan.

Armenia alleges a Turkish F016 shot down one of its military planes Tuesday, killing the pilot, over the southern Caucasus mountains in  the separatist territory of Nagorno-Karabak. Dozens have been killed in fighting that started last Sunday. The conflict also raises tensions between NATO allies France and Turkey, with potential involvement from Russia, as the region moves deeper into war.

Colorado is home to a diaspora of about 3,000, though one politically engaged at the state Capitol.

"In this difficult and challenging time Colorado shows solidarity with the Armenian people, both in the enclave in Armenia, in the United States and in Colorado," Polis said in a video he posted on his Facebook page Saturday afternoon . "I want to thank the Armenia community for really coming together around protecting the lives of Armenians across the world."

Colorado’s Armenian community is planning a rally for peace at 4 p.m. Sunday on the west steps of the state Capitol in Denver.

U.S. Rep. Jason Crow, a Democrat from Aurora and a decorated combat veteran, tweeted about the conflict earlier this week, as well.

"I condemn the Azeri attacks on Artsakh & call for an immediate end to the violence. Also, Turkey must halt all support & enabling of the Azeri offensive," he tweeted last Monday. "The U.S. must work with our partners in the Minsk Group to develop a ceasefire that provides for lasting peace in the region."

Armenia said Friday it is ready to discuss a cease-fire in the region within Azerbaijan but controlled by local ethnic forces backed by Armenia. Cease-fire calls have come from around the globe.

The Minsk Group is led by the U.S., Russia and France. It was created by the Organization for Security and Cooperation in Europe in 1992 to help resolve conflicts in the region.

In a statement to the Associated Press late Friday, the Azerbaijani Foreign Ministry said, “The Minsk Group, in its many statements, underlined the unacceptability of the status quo. However, acting regardless of this, Armenia aims to strengthen the status quo regime based on occupation. ... All responsibility for the current situation lies on the military-political leadership of Armenia.”

A ceremony Saturday will dedicate Arapahoe Road from Interstate 25 to Parker Road as the Sardarapat Armenian Memorial Highway.