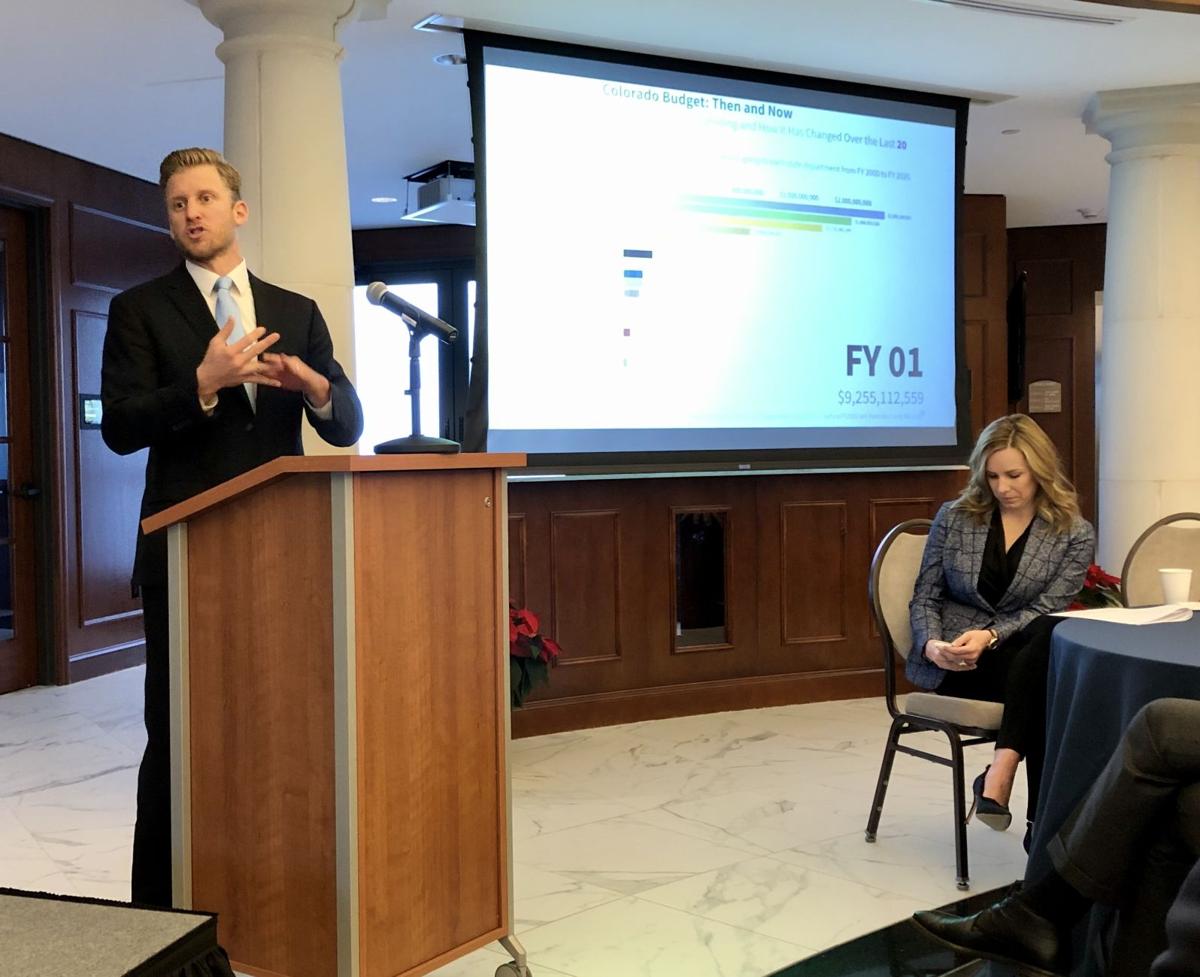 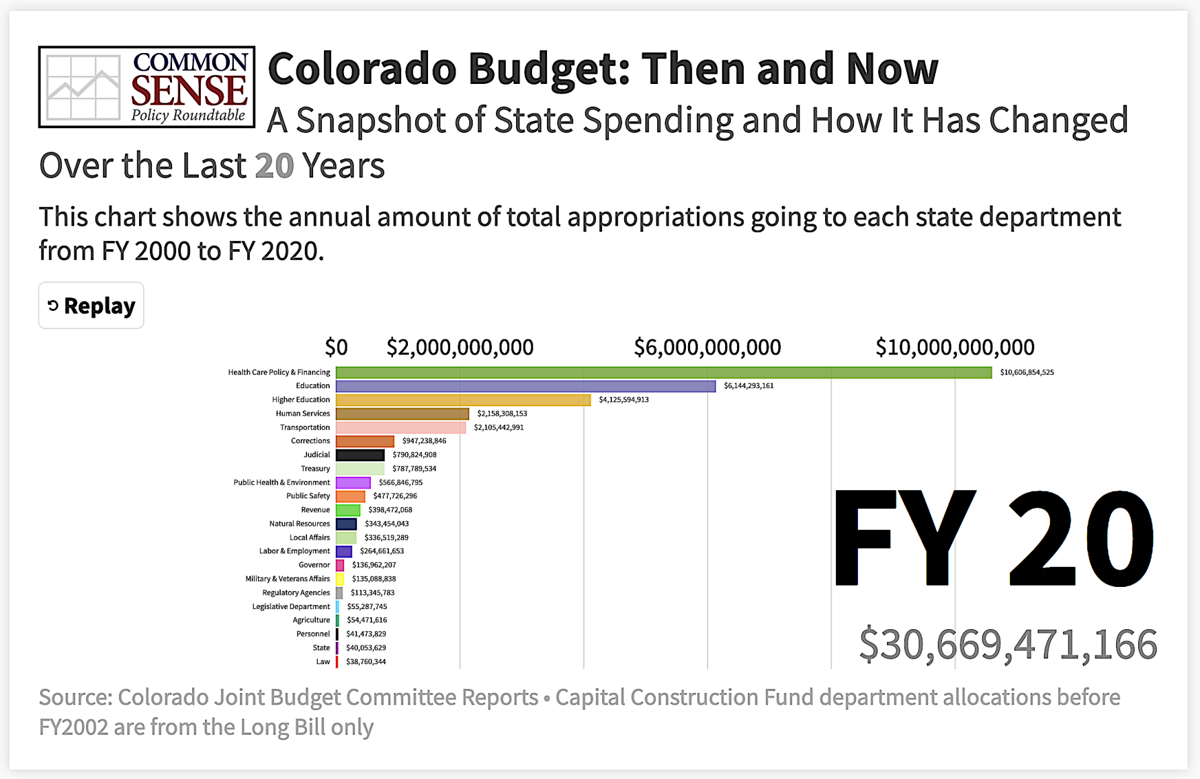 The Common Sense Policy Roundtable has a smart, concise look at how the Colorado state budget has evolved over the last two-decades.

The free-market think tank formed by Colorado business associations released "Colorado Budget: Then and Now" this week, showing the significant growth in health care and education spending by the state from the 2000 budget through the 2020 spending plan.

"It offers a comprehensive view of how spending by the state has grown and changed over the past two decades," Kristin Strohm, CSPR's president and CEO, said at the organization's Eggs and Issues breakfast in Greenwood Village Wednesday morning.

The report doesn't offer a critique or recommendations, but lays out the facts about where the dollars are coming and going.

After adjusting for inflation and population growth, the state of Colorado is spending more per person this year than ever before, the think tank found.

More than $30.4 billion is appropriated to various departments already.

Over the last decade, education's share of the General Fund — the state's operating budget — has declined by 13% of the total. The Department of Health Care Policy and Financing saw its share grow by 9% the last 10 years, now occupying more than one-third of the state's spending. The department administers the state Medicaid and Child Health Plan, supported by federal dollars.

The informational report is out ahead of the next legislative session, which begins Jan. 8. Lawmakers will craft next year's budget during the four-month session and present it to Gov. Jared Polis to sign or veto.

Chris Brown, CSPR's policy and research director, called it a high-level breakdown of spending priorities, where the tax dollars actually wound up.

"Ultimately budgeting is about priorities," he said at the breakfast of business and civic leaders gathered at AMG National Trust Bank. "As we look to the legislative session, we know that the discussion will get very detailed, weedy and very siloed, but we hope that this can present a little bit of perspective on where the state is, currently, and where it's been."