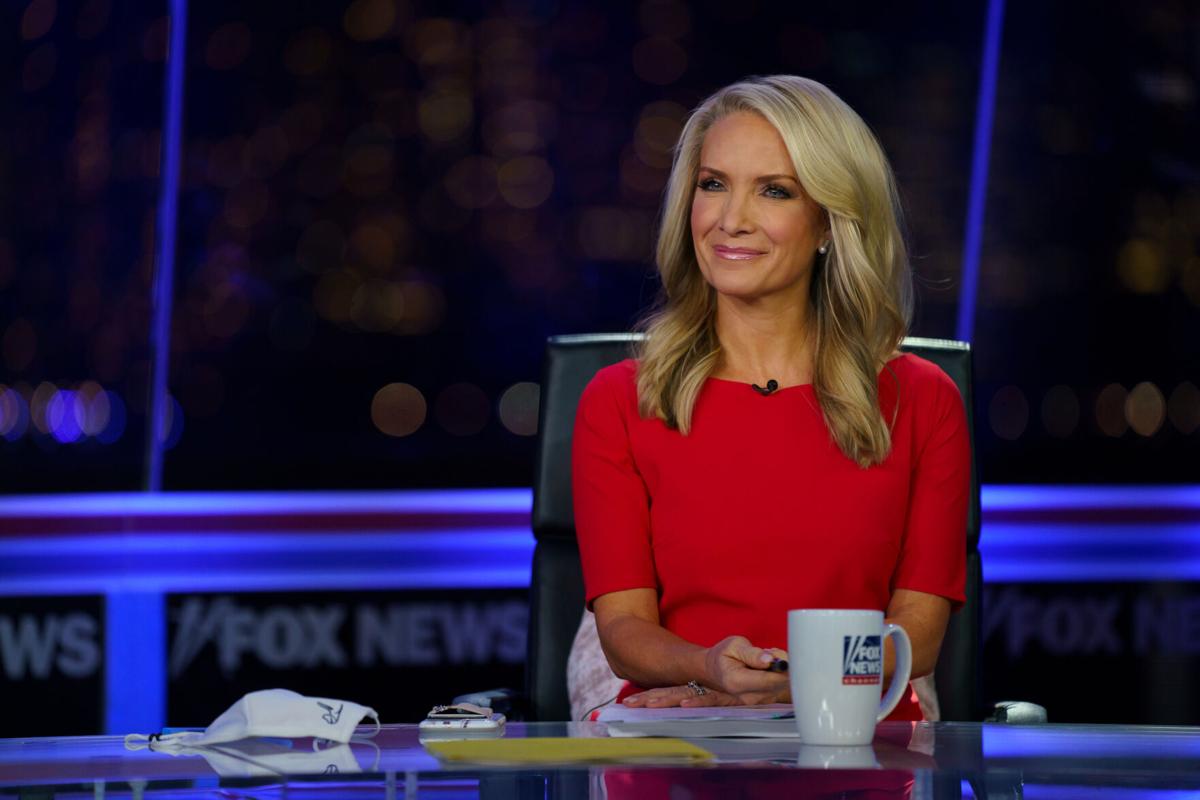 Dana Perino is the co-anchor of "America's Newsroom" each weekday morning from 7 a.m. to 9 p.m. in her native state. 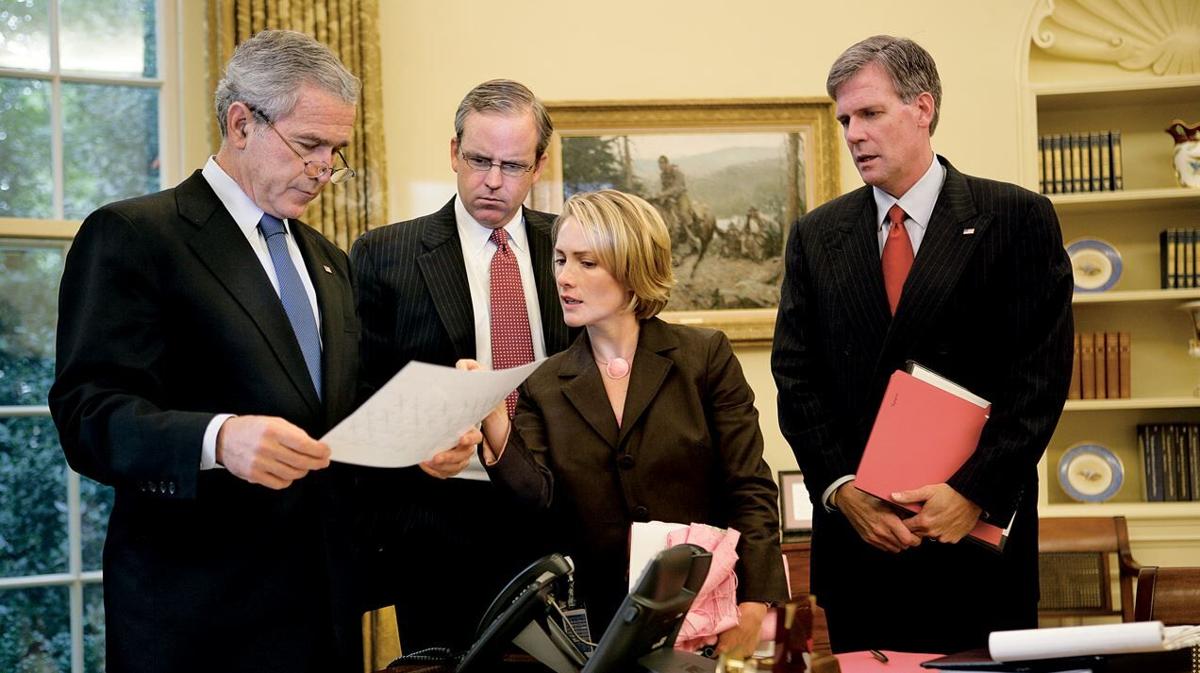 Dana Perino provides a briefing to President George W. Bush during her time as his spokeswoman, the first Republican woman to serve as a White House press secretary. 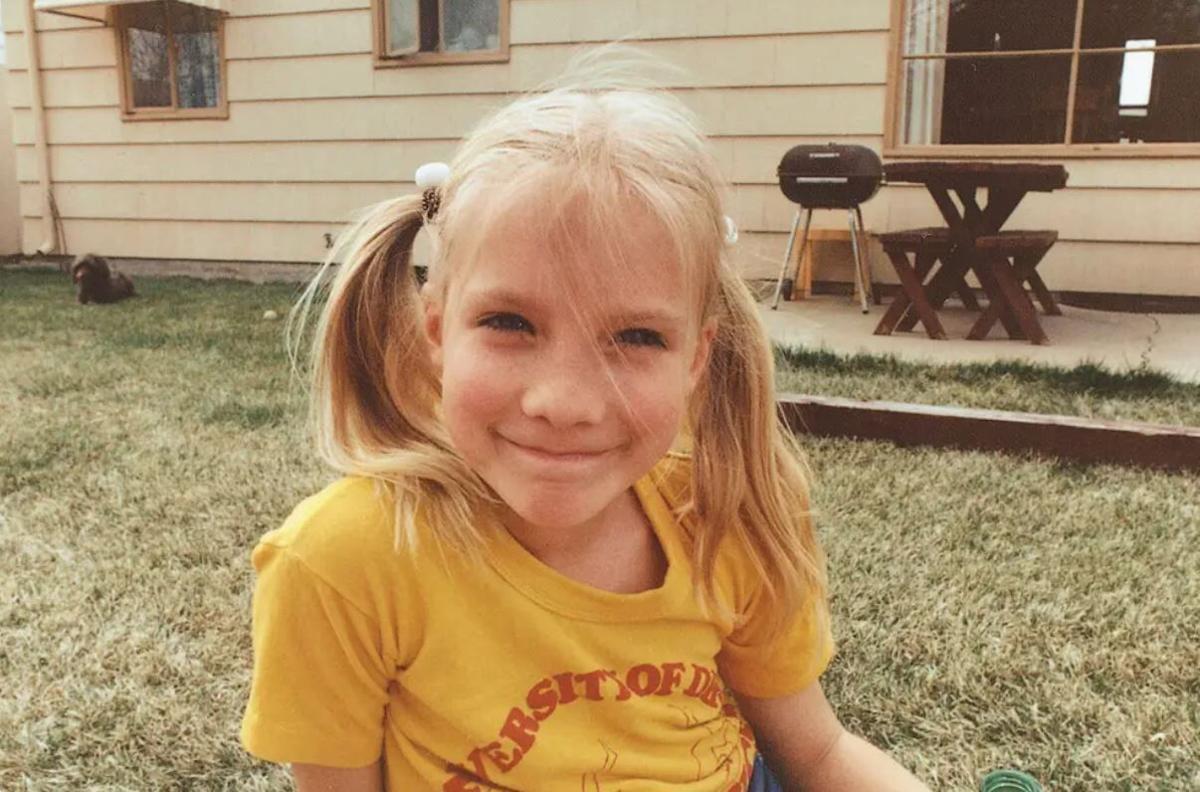 Dana Perino might be a big star in news and commentary, but she was once just a Colorado girl.

Dana Perino is the co-anchor of "America's Newsroom" each weekday morning from 7 a.m. to 9 p.m. in her native state.

Dana Perino provides a briefing to President George W. Bush during her time as his spokeswoman, the first Republican woman to serve as a White House press secretary.

Dana Perino might be a big star in news and commentary, but she was once just a Colorado girl.

Colorado fact: One of America's best-known conservative analysts, an insider in the Bush administration and best-selling author once was Dana from Denver.

Dana Perino today is a familiar face to Fox News viewers, greeting their morning audience each weekday as co-anchor of "American's Newsroom," and from the mid to late afternoon as co-hosts of "The Five."

Online, she's the name and face behind "Dana Perino's Book Club" on the Fox Nation streaming subscription service. You might also remember her from her previous gig, anchor of "The Daily Briefing with Dana Perino."

Born in Wyoming, her family moved to Denver when she was 2. They're still spread around the metro area. Back in the day, she was a student at Ponderosa High School in Parker.

Perino graduated from Colorado State University-Pueblo, did some public affairs reporting and then went to Washington to work for U.S. Rep. Scott McInnis of Colorado. After a couple of agency stops, she was hired in the White House communications office two weeks after Sept. 11, 2001, and rose up the ranks.

There, Perino came to the national consciousness as the first Republican woman to serve as a presidential press secretary, and the only the second of all, for President George W. Bush. She took over the job in 2007, when a former Fox News host, Tony Snow, stepped down in 2007 for chemotherapy a few months before he died from colon cancer.

She parlayed that into a fast-rising broadcast career and, now, presence at Fox News in 2009. Perino's association with the network is bigger than any one show, so it seems, and she appears to be destined to be the face of the network someday.

In 2009, then President Barack Obama nominated Perino to the Broadcasting Board of Governors, which oversees government-sponsored, non-military international broadcasting, such as Radio Free Europe and Radio Free Asia.

When rioters stormed the Capitol on Jan. 6, Perino was at the anchor's desk for Fox News Channel, and she has become the network's sharpest debate analysts, breaking down the presidential and vice presidential debates last year, as well as both conventions.

We posed some questions to the questioner.

Colorado Politics: Let's get business out of the way. Tell me about your new projects. I hear you have a couple.

Dana Perino: I am releasing my third book on March 9, 2021, "Everything Will Be Okay - Life Lessons for Young Women (from a Former Young Woman)." It has all of my best mentoring advice in one place. And while it is geared to women, I’ve had great feedback that the advice is good for men, too. My husband says every man should read it so that they know how to support the women in their lives.

And I’ve just started co-anchoring "America’s Newsroom" with Bill Hemmer on weekdays from 7 to 9 a.m. MST. I am loving it. I am a morning person by nature, so I jump out of bed ready to go to work. Bill is a wonderful, generous, incredibly smart and fun person to work with. It’s a dream job on top of other dream jobs I’ve held!

CP: What was the hardest or most interesting thing about evolving from front-line political figure to media figure, or is it the same thing in the era from Limbaugh to Trump?

Perino: Going from being someone else’s spokesperson to expressing my own opinions and thoughts was the toughest transition for me. It took a long time for me to get comfortable with it. Now as we approach our tenth anniversary of "The Five," I think I’ve finally started to get the hang of it.

CP: Tell me the nicest thing you know about George W. Bush that most people don't know.

Perino: President Bush is extraordinarily funny to me. His wit is super sharp, and he’s a great mimic.

CP: Speaking of Trump, now that it's over, and you've had time to reflect, what are your thoughts about his legacy, given your unique presidential perspective?

Perino: I learned from President Bush that a president’s legacy is impossible to determine in the present. He’d tell me, “Last year I read three books about George Washington — so if historians are still analyzing the first president, then the 43rd doesn’t have a lot to worry about.” Most contemporary analyses of presidents changes over time; think of Abraham Lincoln who, at the time of his assassination, was a very unpopular president. And today? The most popular and revered. You just don’t know in the moment what it’ll be.

CP: Fox News is viewed as a cheerleader for Trump, the opinion hosts, anyway. Do you think the emperor's clothes were analyzed enough on that network?

Perino: I think it is safe to say that there wasn’t any media outlet that didn’t relentlessly cover and analyze the Trump presidency, and since it was so consequential and, in many ways, tumultuous (which some people loved and others didn’t), that will continue for some time. And America, and time, marches on. We’ll keep covering it all (starting early on "America’s Newsroom"!).

CP: Do cable news opinionators help democracy, in the big picture? If both sides go too far, can we ever get back to the middle?

Perino: I’m a strong believer in Americans being active participants in democracy — and from what research shows, people are getting their news from a variety of places all day long on their phones. That may include some cable news opinion programs, which can help them think through how they feel about news of the day. I trust the citizens to take in all of that information and make decisions on how they’ll vote based on that. And if people are concerned about the state of our society, I urge everyone to start at home by being the best possible role model and then taking that attitude to work, into the community, and, hopefully, beyond.

CP: Poltifact once hit you with a "Pants on Fire" over your information on climate change. Was that fair? Do you believe climate change is a man-made problem?

Perino: Politifact? Come on, man. I’ve long worked in energy and environmental policy and politics. And I believe climate change is real. I’m very excited about some of the innovations being developed that will help us power our economies (and those of developing nations that desperately need more energy access) while decreasing our greenhouse gas emissions and environmental impact.

Eric Lazzari is a Chicago man who has adopted a Colorado state of mind. The native of the Windy City's western suburbs is the executive director of the Denver's Civic Center Conservancy, an organization that raises money to maintain the park, restore historical structures advocate for investment in the city's most used in-town open space.

Jeeva Senthilnathan, a sophomore mechanical engineering student at Colorado School of Mines, has a built a resume most veteran community leaders would admire.

Joey Bunch: "A working family can throw their kid a rich-kid’s birthday party without cutting back on groceries that month. I’ve seen enough birthdays there to know that’s true. If I needed no other reason to treasure Casa Bonita, that’s a good one."

Dana Perino remembers 9/11 in an interview with Colorado Politics, and her journey from Colorado to President George Bush's press secretary

Ryan Lynch, who has owned and operated Denver-based Polstar Strategies since 2014, tells us the ins and outs of campaigning and whether Colorado Republicans could stage a comeback.