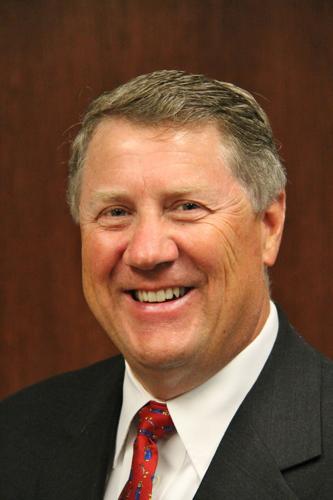 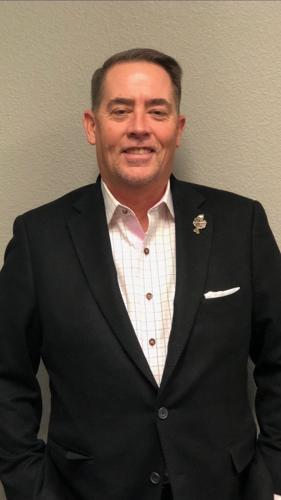 Two recent actions announced by the U.S. Environmental Protection Agency will cost Colorado families $800 million per-year more in gasoline and will have a detrimental impact on neighboring states if Gov. Jared Polis does not request a waiver to the Clean Air Act for emissions that do not originate in Colorado.

The trigger for these actions by the EPA was the recent downgrading of the North Front Range of Colorado to the “severe” category for ozone. Previously Colorado had been categorized as "serious." The downgrade has major implications and requires significant actions to reduce emissions that contribute to the ozone problem.

The EPA’s downgrading is misleading as it presents an image that air quality in the region has deteriorated. On the contrary, emissions and air quality have significantly improved over the past 10 years. That begs the question, if emissions have improved, then why was Colorado downgraded?  The answer is that the EPA moved the goal post and lowered the allowable limits from 80 ppb (parts per billion) to 75 ppb and 70 ppb. Further, it is important to understand that as much as 55% of the allowable limits of our ozone comes from organic geographical sources which is a common characteristic of mountain states, and up to 20% comes from sources that originate from outside of Colorado. In the last several years a large contributor to Colorado’s emissions volatility has been the result of wildfires, most of which were in the states to the west of us that followed the jet stream into Colorado.

As a result of the EPA designating Colorado’s ozone as “severe” under the Clean Air Act, Colorado will be required to take additional emission-reduction actions or face substantial penalties and lawsuits from the Federal Government. One probable action that will likely be mandated is the change to reformulated gasoline (RFG) during the summer in the North Front Range counties. The implications of this action are costly and challenging. RFG is a form of gasoline that is blended to burn more cleanly than conventional gasoline, but it is only effective at altitudes much lower than Colorado. To produce RFG requires state and regional refineries to make major upgrades to their sites so that they can produce this “boutique” form of fuel, similar to California. These improvements are estimated to cost hundreds of millions of dollars to retrofit those facilities as well as higher ongoing costs to produce the fuel. As a result, gasoline is anticipated to increase by 51 cents-per-gallon which will translate into an additional $800 million annually to working families in our state. This would be particularly unfair to Coloradans living outside non-attainment areas, such as the western slope or eastern plains, as this would likely be the only fuel available to them and they would pay the higher price as well. In addition to the substantial cost implications of RFG, again, there is data that suggests that RFG only provides limited air quality benefits in high-altitude environment such as the Denver Metropolitan Area.

For a state like Colorado, an RFG mandate presents challenges beyond cost. Colorado has only one refinery (Suncor in Commerce City). That refinery produces about 35% to 40% of all the fuel used within the state — Wyoming provides approximately 30% of our overall needs and the balance is met via pipeline from the Gulf and other bordering states. Because those refineries are based outside of Colorado, where an RFG mandate does not exist, those refineries would not be required to create RFG Gasoline, and they won’t. They will merely sell their existing blend to customers in other states. As a result, Colorado would be compromised in its ability to obtain an adequate supply of RFG to meet the state’s needs in the summer and may need to transport fuel from long-distance refineries that produce it today. Adding in these transport costs could result in consumers paying as much as $1.00 more per-gallon while at the same time causing supply shortages for gasoline.

Proximate to the time of the downgrade of Colorado, the EPA also announced that they were considering the implementation of a provision in the Clean Air Act, known as the “good neighbor” policy. Though the title may sound benign, it is anything but that. This provision would require those states linked to downwind air-quality problems in a neighboring state to adopt emission reduction strategies to reduce their contribution to that state’s emissions and better enable that state to meet EPA air-quality standards. In the case of Colorado, those “good neighbors” contributing downwind are Wyoming and Utah.

If the “good neighbor” policy was implemented, Wyoming, who accounts for merely 1% of our ozone problem, could be required to adopt expensive air-quality strategies, such as RFG, despite being ranked as having some of the best air quality in the country. As a result, Wyoming residents and businesses would face a similar fuel-cost increase, as anticipated in Colorado.

Former Gov. John Hickenlooper recognized the problems associated with falling into the severe category for ozone. He also appreciated the enormous progress that our state had already made and realized that we were on a trajectory to improve further in the years ahead. In recognition of this, and understanding how out of state emissions affect our state’s air quality, Hickenlooper sought a waiver under the Clean Air Act from the EPA that provided a small allowance for emissions from beyond our borders. The offset provided by that waiver represents the difference between Colorado being categorized as “serious” versus “severe.”

When Gov. Polis assumed office in 2020, one of his first actions was to rescind the EPA waiver (known as the 179 (B) provision) that provided the small, but important, offset for emissions originating from out of state. Gov. Polis took this action based on his concern for the environment. At that time, though, he had no way to foresee future developments. These include: the COVID-19 pandemic and its impact on our state economy; supply-chain issues that continue to lead to shortages, delays and higher prices across the economy; the rapid rise in inflation; record prices for gasoline and diesel; and the length of time it's taken for our economy to rebound. Finally, Gov. Polis could not have envisioned that the EPA would implement its “good neighbor” policy for the state’s inability to meet EPA air-quality standards.

The good news is that Gov. Polis can act and avoid the consequences to Colorado being categorized as severe. He can request that the EPA grant the waiver for out of state emissions. He has ample justification for the waiver based on challenges and changes that have occurred since he requested it be rescinded in 2020. Adding further credence to the case for the waiver, is the importance of maintaining good relations with our neighboring states who could become collateral damage under the “good neighbor” policy due to Colorado being deemed severe for ozone. Finally, Gov. Polis in the past several years has taken various actions that will lead to significant air-quality improvements that should allow the state to be in compliance with EPA standards within the next few years. Some of those actions are just being implemented now and need some time before they will produce the projected emission reductions.

In the interim, in the face of record inflation and an impending recession, let us not place an undue $800 million annual burden on Colorado citizens and businesses, nor jeopardize our state’s economy by not seeking the EPA waiver for emissions that did not originate in Colorado.