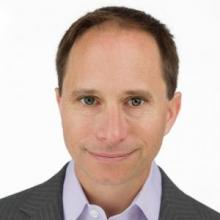 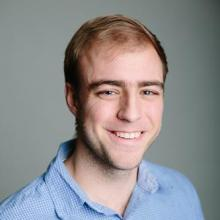 Like most states, Colorado has seen its share of controversy related to critical race theory. Yet that noisy debate obscures a far more serious problem: In too many places, U.S. history has become an afterthought.

That may be the most important takeaway from a new report we at the Thomas B. Fordham Institute just released, which evaluates the K–12 civics and U.S. history standards adopted by all 50 states and the District of Columbia. These standards are the roadmaps schools and districts use to guide the selection of more detailed curricula, so it’s important to get them right. Yet our bipartisan team of veteran educators and subject matter experts awarded just five jurisdictions “exemplary” ratings — and a woeful 20 states were deemed “inadequate.”

What makes the Centennial State’s standards so bad? According to our reviewers, its civics standards “relentlessly emphasize skills at the expense of knowledge” while its U.S. history standards are “complicated, confusing, and very light on actual history.” For example, one frustratingly scattershot standard that focuses on “the complexity of events” lists examples such as “the Civil Rights Movement, migration, immigration and displacement, mass media, landmark Supreme Court cases, and the war on terror.”

As we recommend in our report, to have any hope of creating the guidelines Colorado students and teachers deserve, the state’s education leaders need to start over. And while they’re at it, they should also rethink their expectations for older kids and specifically require that high school students take separate courses in U.S. history and civics — as most states already do — instead of a single course on the “History and civil government of the United States and of the state of Colorado,” as state law currently requires. Promising places to look to for inspiration are states such as California and Tennessee that have much stronger standards in both subjects.

Simply put, the dearth of basic knowledge expectations in civics and U.S. history in many places is a major reason for the tattered state of civics and U.S. history education, which is itself an important part of our nation’s larger citizenship crisis and likely a huge contributor to the increasing polarization in our nation. For example, only half of American adults can name the three branches of government, and just 60 percent know when the U.S. declared its independence from Great Britain.

If that’s the state of the adults’ knowledge, what are the odds that young Coloradans understand, say, the concept of equal protection given that neither Brown v Board of Education nor the Fourteenth Amendment is mentioned in the state’s current social studies standards? (And how meaningful can any conversation about race relations in the U.S. be if students haven’t internalized such basic content?)

It’s time to stop arguing over things like critical race theory and focus on what we can agree on: Americans need a better understanding of their history and democratic institutions.

Colorado, your students are counting on you.

Michael J. Petrilli and David Griffith are president and senior research and policy associate at the Thomas B. Fordham Institute, respectively.