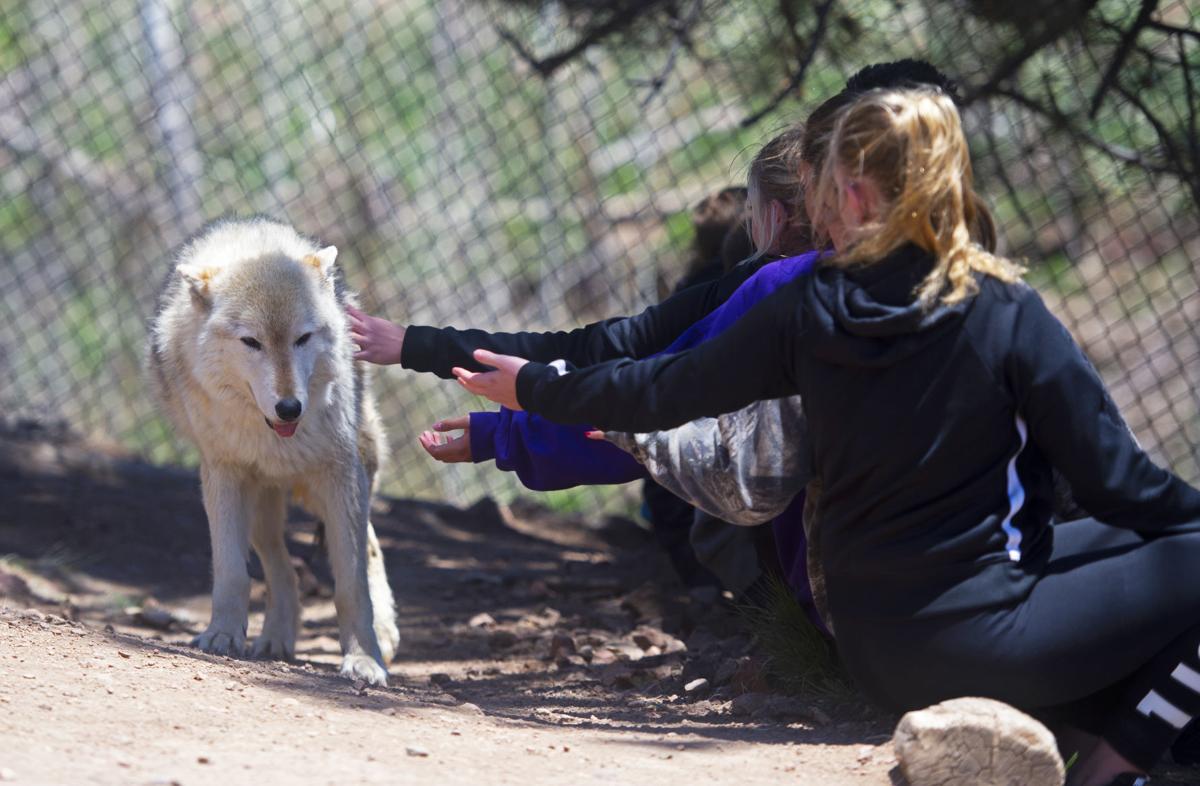 Visitors reach out to touch Abraham, a 12-year-old wolf-dog mix at Mission: Wolf near Westcliffe. People coming to the sanctuary are invited to visit with the ambassador wolves after a briefing on proper behavior. 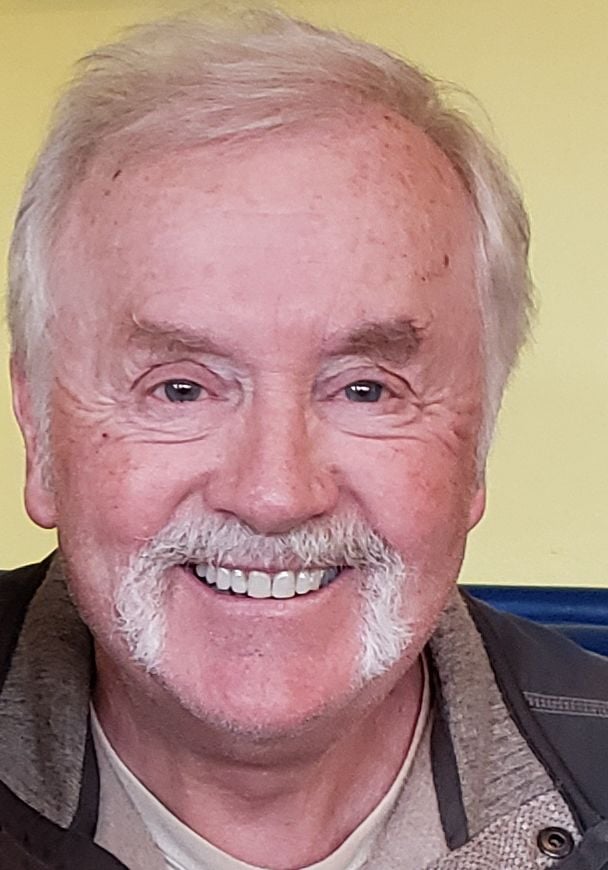 Colorado is known for its natural beauty and wildness.  A love for nature is what I hear from everyone in Colorado I talk to, both native and newcomer alike.  Yet, we are missing something. That is the presence of an apex, keystone predator, the gray wolf.  We have an opportunity to correct that error.  Initiative 107, if enough signatures are gathered, will be on the ballot in 2020 and if passed will bring back the wolf to our state.  Henry David Thoreau is credited with having said, “In wildness is the preservation of the world.”  Colorado will not truly be wild until we can hear the call of the wolf.  That mournful sound rekindles primordial memories of our ancestors, and to most of us, brings a state of calmness that nothing else can approach.

We have entered the sixth great extinction event (see books by Richard Leakey and Simon Lewin: "The Sixth Extinction," "Patterns of Life and the Future of Mankind"; and another by Elizabeth Kolbert: "The Sixth Extinction, An Unnatural History").  There were five major extinction events before the current one, the largest being the End Permian (about 250 million years ago, also called the Great Dying) that killed off about 95% of the earth’s biodiversity.  The current one is accelerating and is estimated to perhaps kill from 50% to 75% of the world’s biodiversity.  Endangered species protection is being weakened by the current administration, and more pertinently the gray wolf has been removed from the endangered species list.  Hunting of these magnificent creatures is being permitted in Montana, Wyoming, and Idaho.

My opinion here is in direct conflict with those of Mr. Walcher, who came out against wolf reintroduction.  I side with defending wildness, and to that end support the reintroduction of the gray wolf to Colorado’s western slopes.  Wolves were removed from Colorado by targeted hunting, trapping, poisons, bounties paid to hunters, and lastly government-paid expert trappers and hunters.  The last wolves were removed from Colorado during the 1940s.  In 1995, wolves were reintroduced to Yellowstone National Park.  The positive effects of reintroduction of the wolf on Yellowstone’s ecosystems are many including restoration of stream banks, increased vegetation and aspens, the return of beaver and fish, and reduction of coyotes and enhanced populations of smaller animals.

For further information regarding the positive, restorative effects of gray wolf restoration, please Google “Wolves of Yellowstone” and you’ll see what I mean expressed visually, and more eloquently than I on the positive effects of wolf restoration.  It will ultimately be up to the citizens of Colorado to decide whether they want a more balanced ecosystem and wildness in areas that currently lack the call of the wolf.

A congressional advisory panel is visiting Colorado State University this week to hold a forum on biological defense.

This article completely ignores how this reintroduction would be funded and managed. How many millions of dollars would be needed to pay for the program and the compensation to livestock producers?

I am in favor of wolves in Colorado, in fact they are already here, coming into the state from Wyoming. Let the natural expansion of wolves into the state occur and let nature manage the balance of population and prey resources, not mandate a reintroduction that isn’t necessary.

If Mr. Stewart really longs to hear the sound of wolves howling at night, he ought to support introducing them on the Front Range, where he lives. Under the explicit terms of initiative 107, they will be introduced only on the Western Slope and he will still never hear them. Such hypocrisy is not helpful to the debate.

I agree with the commenter, and if only I made the decision as to where to reintroduce wolves. But I don't. I do vote, and that is where the decision lies. Stewart