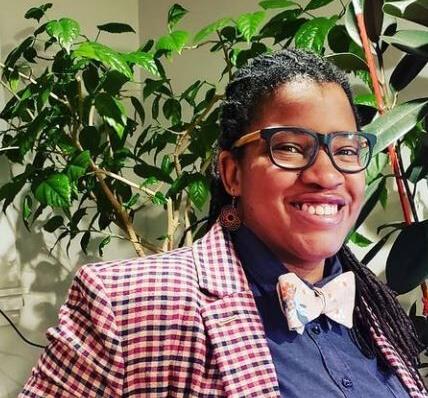 On Jan. 19, 2021, Nadine Bridges became the executive director of One Colorado, the state's largest advocacy organization for lesbian, gay, bisexual and transgender people and their families. 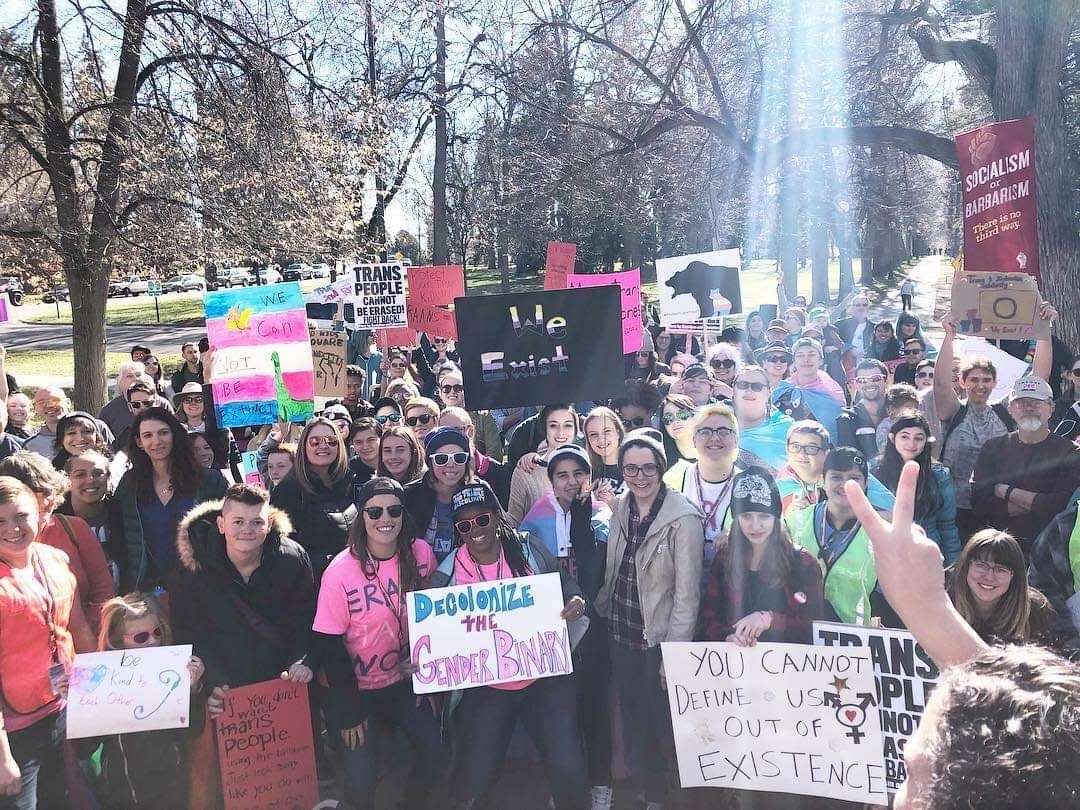 Nadine Bridges, front and center, leads a group of activists against transgender discrimination at the Cheesman Park in Denver on Nov. 11, 2018.

Nadine Bridges is the newest face in an organization that needs no introduction in Colorado political circles. One Colorado is the state's largest and politically visible advocacy organization for lesbian, gay, bisexual, transgender and queer Coloradans.

Bridges took over as executive director on Jan. 19. She takes over for Daniel Ramos, who had been in the lead role since 2016.

She has a 20-year history of standing up for vulnerable communities, coming to One Colorado from Boulder County Public Health, where she was manager of the Community Health Division. There, she oversaw programs that shaped state and local policies, including legislation to decrease health disparities for youth and young adults.

Where did you grow up? I grew up in New England until I was 16. Half of that time, I lived in Newport, Rhode Island, and the other half I live…

She also is a professor at the University of Denver’s Graduate School of Social Work, teaching:

Bridges also is the former director of youth services for Rainbow Alley, an LGBTQ youth-serving organization under The Center on Colfax.

She tells more about herself and her mission in this questioning from Colorado Politics:

Colorado Politics: How did One Colorado become so prominent in Colorado politics so fast?

Nadine Bridges: There was a real investment in focusing on state-level political movements to advance and advocate for LGBTQ rights. Because of this hard work and concerted grassroots campaigning backed by strong fundraising efforts, One Colorado quickly became an important part of Colorado's political landscape.

CP: You're taking over a very strong organization; how do you keep it on that path, or are there new directions you want to explore?

Bridges: One Colorado's commitment to health equity, safe schools, marriage equality and advocacy work for LGBTQ communities through political fortitude and organizing is impressive. I hope to continue those efforts with our team as well as strategically examine other intersectional areas such as racial and gender equity, immigration reform, and climate justice to ensure all LGBTQ Coloradans can live a life with dignity and respect.

CP: The gains LGBTQ people have made in recent years are notable. What's next?

Bridges: I agree, we have made great strides in recent years. However, there are many in the community who still don't feel safe to be who they are. We are still affected by discrimination and violence. My hope for what's next is that we focus on the disproportionate disparities that impact our communities, especially our transgender community, and create equitable, sustainable change for all of us in every aspect of life.

CP: Critics grumble the movement takes it too far and trample religious liberty. Why are they wrong?

Bridges: The idea that LGBTQ movements trample on religious liberty is a false narrative. A person is free to practice any religion they feel called to as long as it does not harm others. However, religious beliefs do not have the power to invalidate the human and civil rights of the queer community. I know many folks have said this in the past but I'll say it again: If you don't like same-sex, same-gender or queer relationships then don't participate. It is just that simple.

CP: How do you define equity from your personal experience?

Bridges: My definition of equity involves three key components: acknowledgement, understanding, and partnership. We must critically examine and acknowledge the historical trauma, privilege, and power dynamics that cause institutional and systemic harm to our communities. We must understand that intersecting identities are impacted differently by these systems. And we must partner with vulnerable communities to dismantle these systems for the betterment of all.

CP: What made you the activist you are today?

Bridges: My dad raised my siblings and me to be proud of being Black and to serve those in need when you are able. We had open discussions regarding discrimination, stereotypes, and prejudice. He taught us to see injustices, to stand up for what was right, and to never let anyone's assumptions of us get in the way of our success. I have carried what he taught me throughout my life and career.

In deciding the issue, the justices had to answer the question of whether same-sex couples for whom the opportunity to marry did not exist could nonetheless present themselves as married under the practice of common law marriage. The U.S. Supreme Court struck down states’ prohibitions on marriage equality in the 2015 ruling of Obergefell v. Hodges.

Colorado Politics polled news-media experts, current and former legislators, lobbyists, and other Capitol insiders about the most prominent and most credible think tanks, regardless of partisan slant. Here's a look at 10 of them.

One Colorado will mark its 10th anniversary Saturday with a free, virtual version of its annual Ally Awards Saturday at noon.

Colorado’s center-right political realm has found a good fundraiser in the Starboard Group and its president, Kristin Strohm.

"Given my work at the Colorado state Capitol, I am keenly aware that Black people in Colorado are not accessing the Colorado legislature."

New electric vehicle retailers coming to Denver, 'This can be a solution to urban driving challenges'

INSIGHTS | The road ahead on transportation is one less taken

Appointments for COVID-19 vaccine open in Douglas County this weekend

Coronavirus in Colorado: The latest numbers