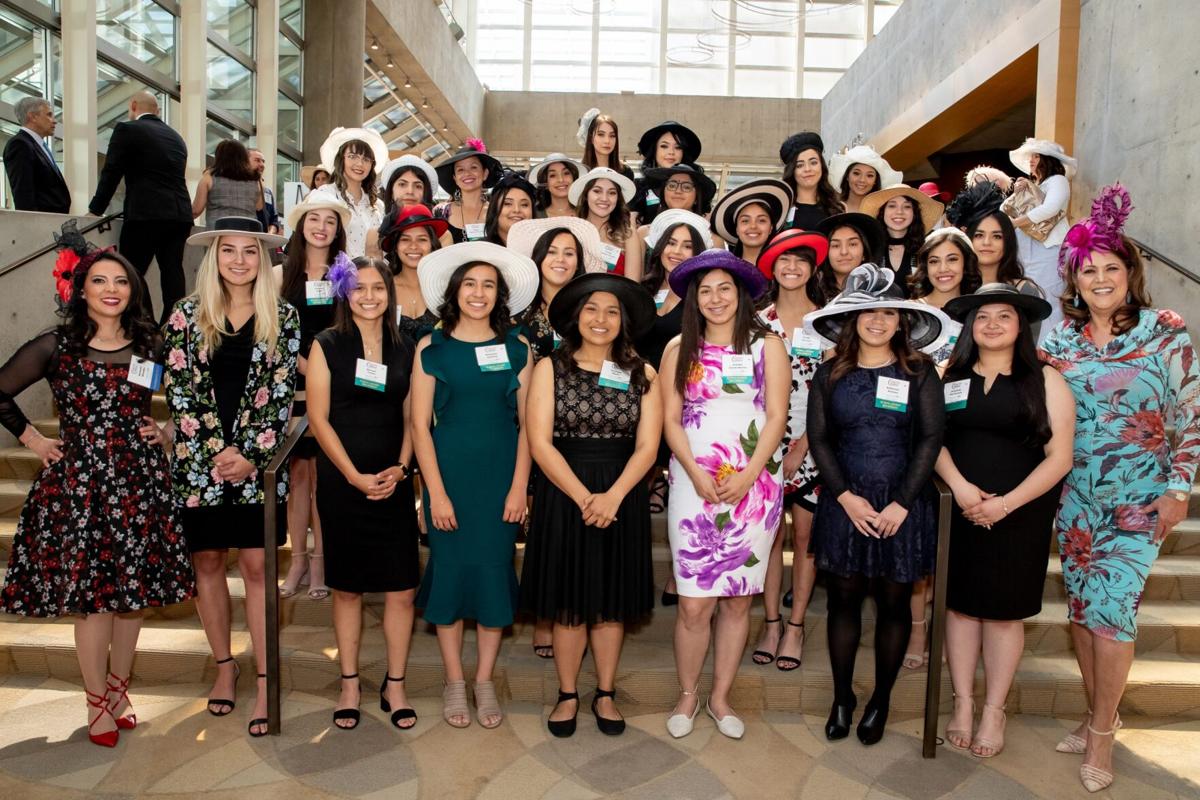 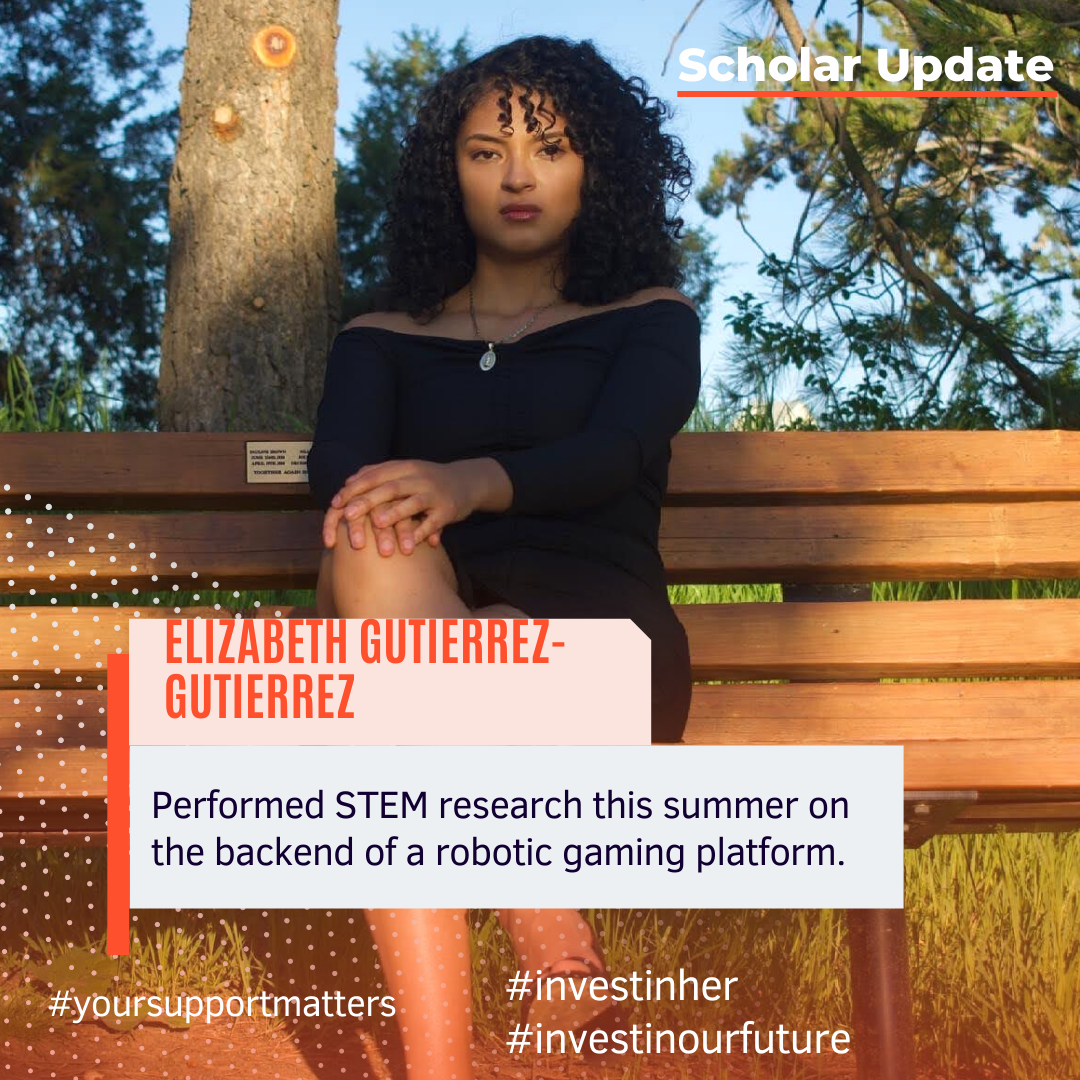 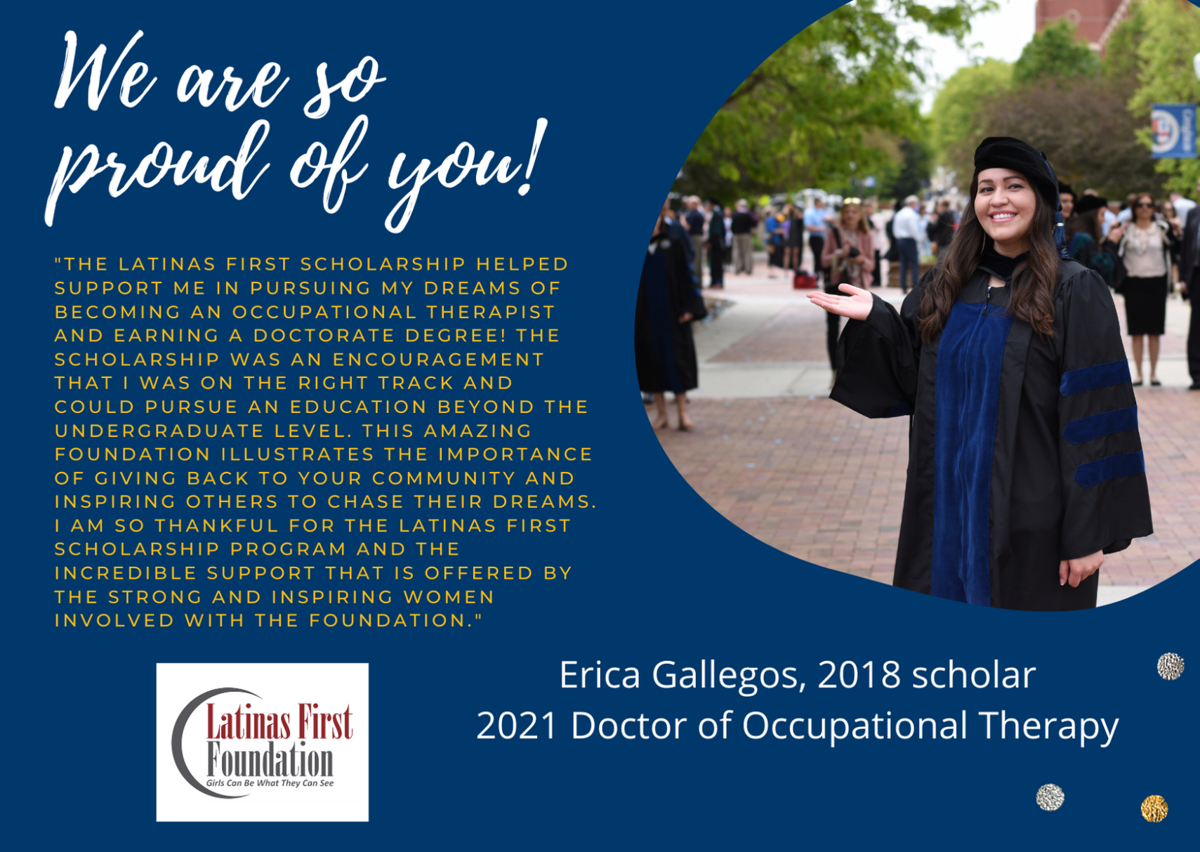 “Girls cannot be what they cannot see” was the phrase echoing in Juanita Chacon and Meshach Rhodes' heads in 2011 when they founded the nonprofit Latinas First Foundation. It resonated so much so that they made it the tagline for the organization whose mission is to help Latinas reach their highest potential by providing scholarships, mentorships and networking opportunities.

Chacon and Rhodes wanted equip Latinas with the tools necessary — but seemingly out of reach — to land good jobs, start their own businesses and become the leaders that would inspire the next generation.

Ten years later, having awarded over 100 scholarships totaling hundreds of thousands of dollars, the LFF has amended its tagline to say: “Girls can be what they see.”

The foundation proves this to be true in numerous ways.

They point to Latina success stories like Regina Rodriguez, a founding member of the LFF board, who on July 1 became a U.S. District Court Judge for the District of Colorado.

The Gunnison native was nominated by President Joe Biden and confirmed by the U.S. Senate after Chacon, a broker associate with REMAX Alliance City Living who has served on the boards of 27 other nonprofits, and Rhoades, a partner in the Armstrong Teasdale law firm, along with numerous others, advocated on her behalf to U.S. Sen. Richard Durbin, chairman of the Senate Judiciary Committee.

These successful Latinas have taken the time to speak with the teens, offering encouragement by sharing how many of them, like many of the young ladies in the audience, came from humble beginnings that were filled with uncertainty and self-doubt.

One instance in particular stands out for Chacon. “The room became very quiet,” Chacon recalled, as the speaker recounted how, at one point in her youth, her family lived in a boxcar. “I felt certain that more than one girl was thinking that if she could make it, then so can I.’”

Their stories and advice inspired young scholars like Erika Bailon, whose LFF scholarship helped fund her education at the University of Colorado, Boulder, where she majored in computer science. Today she is a systems software engineer at the NASA Jet Propulsion Lab. Eveline Vega-Ferrales used her scholarship to attend Colorado State University, taking courses that led her to a career as an environmental specialist at Rocksol Consulting. She recently joined the LFF’s board of directors.

“The Latinas First Foundation made me believe I could be more than what I was limiting myself to believe I could,” said Bailon, who arrived in the United States when she was 20 and couldn’t speak a word of English. “Now, I work for one of the most important companies in the nation, allowing the world to understand the data we bring from space.”

Vega is grateful to the LFF for “believing in me when my dream of attending CSU didn’t seem possible. I wouldn’t be where I am today without their support and investment in me.”

The Latinas First Foundation was an all-volunteer operation until January, 2021, when Judi Diaz Bonacquisti became its executive director. Prior to her appointment, Bonacquisti, with her husband, Paul, of Bonacquisti Wine Company, had held administrative positions with Colorado School of Mines, Regis University, Community College of Denver and Metropolitan State University. She had also served on the foundation’s board of directors.

“'Girls can be what they see' is more than our tagline,” she said. “The phrase invokes the deep history of the contributions and impact of Latinas in Colorado. I am honored to lead such important work.”

Focus areas this year include matching each scholarship recipient with a mentor who can help them access additional financial or personal resources; completion of a skills development workshop, and impressing upon them that as scholars they are role models who are shining the light on someone behind them.

Also, developing relationships with colleges and universities to further ensure that Latinas First scholars succeed. “Going away from home in a big deal in Latin communities,” Chacon said. “Especially for those who are first in their family to attend college. And sometimes homesickness can lead to dropping out.”

On Sept. 24, the foundation will mark its 10th year by hosting a celebratory luncheon where 31 scholarships will be awarded. The $200-a-ticket event will be at the Sheraton Denver Downtown. Reservations can be made by visiting latinasfirst.org.

The luncheon, presented by MegaStar Financial, also is the occasion where eight Latina leaders will be honored. Trailblazer recognition will go to attorney Ellen Alires-Trujillo; Colorado state historian Nicki Gonzales, who is also professor of history and vice provost for diversity and inclusion at Regis University; Yolanda Ortega, an actor, director and musician at Su Teatro; and philanthropist Lola Salazar, a former educator and president of the Salazar Family Foundation.

Unsung Heroines being honored at the luncheon are Sonia Flores, vice chair of diversity and justice in the department of medicine at the University of Colorado, Anschutz Medical Campus; Erika Martinez, director of communications and community engagement at Denver Public Library; Diana Pineda, founder, chief executive officer and program director at VUELA for Health; and Marisol Villagomez, senior marketing manager for the Denver Broncos Football Club.

Chacon, who in 2007 co-chaired the Democratic National Convention host committee, described the Trailblazers as women who were first in their fields and paved the way for others to follow, while the Unsung Heroines are “Women who’ve been powerhouses but have largely gone unnoticed.”

She also recalled how the scholarships have grown from one $500 award in 2013, the first year the LFF’s awards luncheon was held, to the 31 being granted this year from a field of 550 applicants. “This year we will give our first full-ride scholarship,” she said, adding that other award amounts are $2,500, $5,000 and $10,000. The foundation has also granted funds for Latinas to study abroad.

Companies and individuals who recognize the power of Latinas enable the foundation to give such significant amounts. They recognize, Diaz Bonacquisti said, the tremendous potential Latinas have for making positive impacts on commerce, industry and creating the greater good.

“All they need is that chance,” she said. “That chance to experience higher education, to build skills and either start their own businesses or join a company where their knowledge and skills will take them far.”

A LOOK BACK | Coors Brewery future questioned during years-long strike