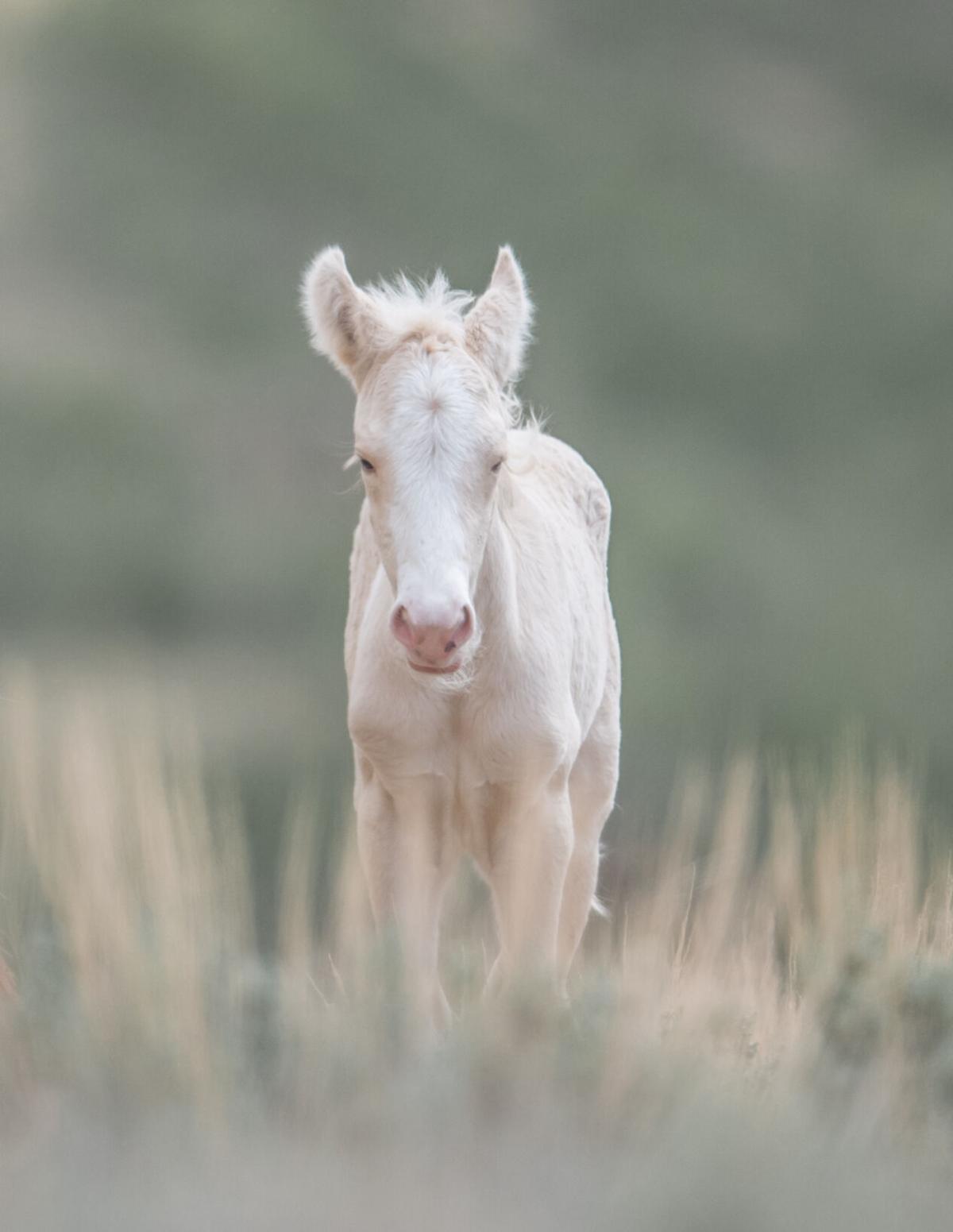 Abigail, a foal in the Sand Wash Basin herd, is a rare Cremello foal, born in 2021. The foal is likely to be separated from its equally-rare mare during next week's roundup by the Bureau of Land Management. Photo courtesy Scott Wilson of WilsonAXPE Photography. 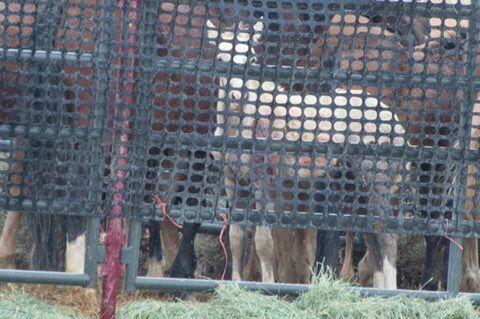 Abigail, a foal in the Sand Wash Basin herd, is a rare Cremello foal, born in 2021. The foal is likely to be separated from its equally-rare mare during next week's roundup by the Bureau of Land Management. Photo courtesy Scott Wilson of WilsonAXPE Photography.

The Bureau of Land Management (BLM) helicopter roundup of wild horses in the Sand Wash Basin near Maybell, in Moffat County, continued unabated on Thursday, despite injuries to some of the horses, including to foals separated from their mares, several broken legs and at least one death.

Abigail, a rare Cremello foal, was among the horses injured earlier this week during the roundup.

The Biden administration and Secretary of the Interior Deb Haaland have remained silent, despite pleas to delay the roundup from Gov. Jared Polis and U.S. Rep. Joe Neguse, D-Lafayette, chair of the National Parks, Forests, and Public Lands Subcommittee.

As of Tuesday, Sept. 7, BLM reported 501 horses have been rounded up since Sept. 1 and are being prepared for adoption. The BLM intends to capture 783 horses out of the 828, returning 25 mares and 25 stallions to the herd, to keep it at 163. That's despite BLM's own estimate that the habitat could support 362 horses.

The BLM cites drought, scorched habitat from wildfires and overpopulation as justification for the roundup, which is scheduled to be done by helicopter. However, advocates for the herd claim recent monsoons have restored the watering holes, and that the land can support far more than 163 horses. They also claim BLM is clearing out the herd to make more room for sheep and cattle grazing, and that using helicopters is inhumane and could result in injuries and even deaths in the herd.

The Sand Wash Basin Advocate Team (SWAT), which has worked with BLM on birth control measures in the past, reported Tuesday that it has asked the BLM to "rein in" its helicopter contractor, Cattor Livestock Roundups, because they abandoned two foals over two days after their mares were captured.

The SWAT report said "a weeks-old foal was found in the care of a stallion named Merlin near the trap site Monday morning when observers arrived. The foal was left on the range alone after its mother, a mare named Serendipity, was captured in the roundup on Sunday. The stallion and the foal were chased by helicopter into the trap and the foal was taken to a local vet clinic for care. The stallion was sent to temporary holding and will be loaded onto a semi and taken to the Canon City prison holding facility this morning."

The American Wild Horse Campaign (AWHC), based on reports from their observers, alleged Monday that there were horses with broken legs left on the range. Also, "a two- or three-week old foal named Semper was left on the range alone after his mother was captured on Saturday. He was found Sunday morning wandering around the trap site with two stallions. All three horses were captured on Sunday."

According to BLM, one horse has died during the roundup, but the BLM claims that it was not due to the roundup. BLM has not released any details on that death.

However, the AWHC said Monday that a stallion named Brennan was euthanized by the BLM on the range with severe injuries to one front leg and one rear leg. "BLM is claiming that the death is 'non gather related,' but observers dispute this, providing video clearly showing the stallion with a pre-existing front leg injury and a new rear leg injury which advocates believe occurred during the helicopter chase. The BLM has only acknowledged the 'pre-existing' front leg injury as the reason for the horse’s euthanasia."

AWHC also reported "a mare with a small foal remains on the range with what appears to be a broken leg after the helicopter chase on Saturday. The BLM has stated that volunteers and staff have been unable to find the mare, but that the helicopter has not conducted a search to find her," AWHA said.

The Sierra Club's national office has now weighed in with a letter Tuesday to Haaland. The club's Grazing Team "believes that current livestock [animal unit] allocations are severely biased against horse populations and other wildlife on horse-occupied Bureau of Land Management [horse management areas].The Sierra Club also believes that this bias has generated a severe excess in adverse livestock-grazing-associated impact within BLM HMAs that is inconsistent with both the letter and spirit of the 1971 Wild and Free Roaming Horse and Burro Act." Athan Manuel, director of the club's land protection program, said in the letter that the grazing team wants to see an end to all cattle and sheep grazing on all horse-occupied horse management areas, such as Sand Wash Basin.

Haaland's office declined to comment on the Polis/Neguse requests. Colorado Politics has also reached out to Rep. Neguse's office for comment.

The roundup is scheduled to continue until the required number of horses are collected, estimated by BLM at 14-25 days.

The wild horse roundup in the Sand Wash Basin Horse Management Area near Maybell has now gathered 101 horses, although one escaped.