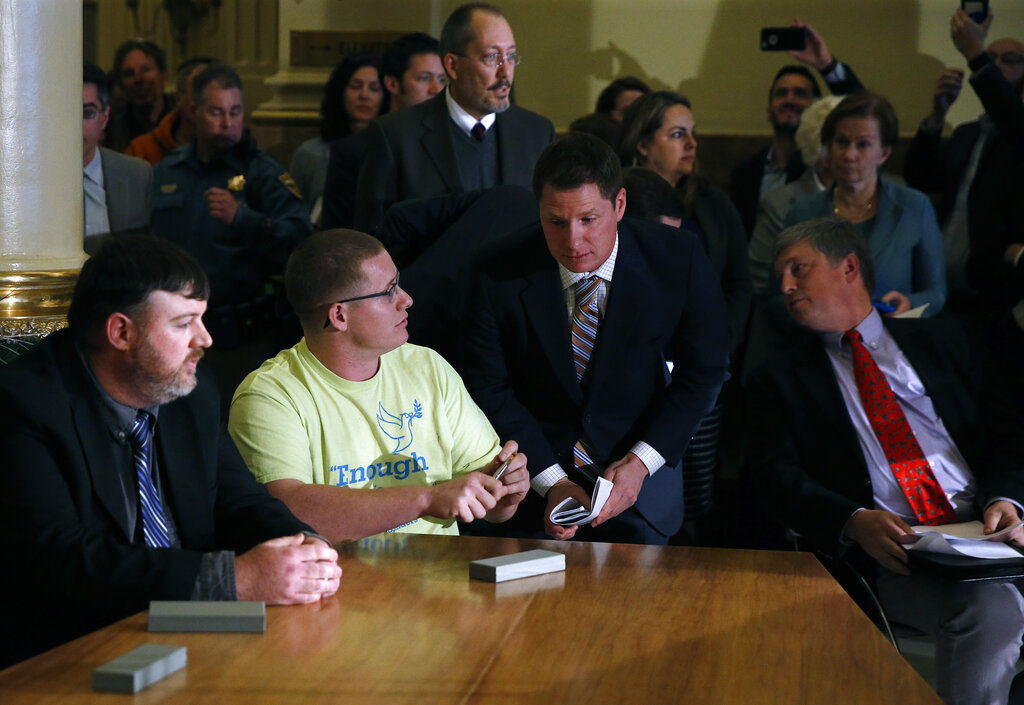 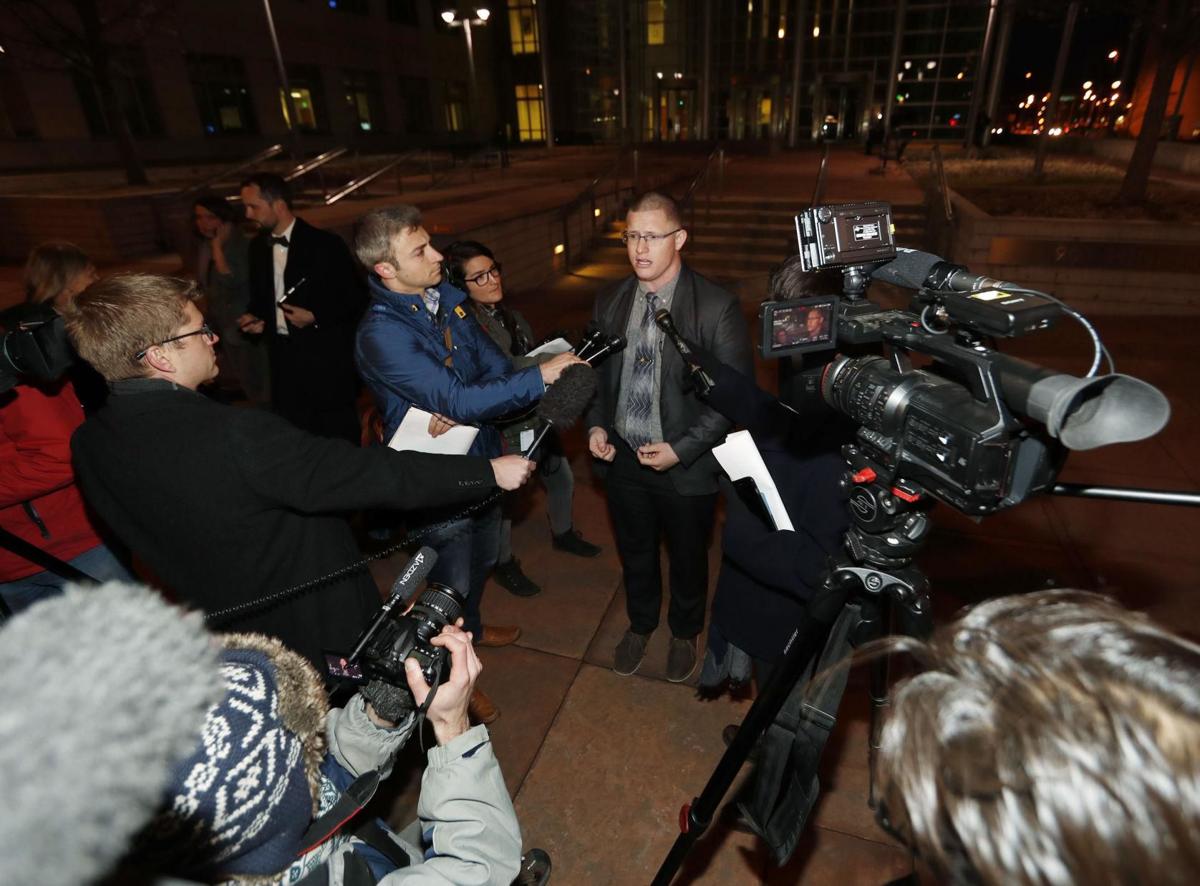 The U.S. Circuit Court of Appeals in Denver has ruled that Colorado's presidential electors have the right to vote at their discretion, with or against the state's popular vote, despite a state law to the contrary.

That law caused controversy during the 2016 election when one elector -- Micheal Baca -- announced he would vote for someone other than Democrat Hillary Clinton, who had won Colorado's popular vote -- and instead would vote for Ohio Gov. John Kasich, a Republican. Baca was replaced on the spot by Celeste Landry of Boulder, who cast her ballot for Clinton.

Two other electors -- former state Rep. Polly Baca of Denver (no relation to Micheal Baca) and Robert Nemanich of Colorado Springs -- also voted for Clinton, but under protest.

Under the U.S. Constitution, presidents are selected by an Electoral College consisting of a number of electors from each state -- nine in Colorado -- based on the number of members of Congress representing each state.

Pledged electors who do otherwise are often called "faithless" electors. In 2016, electors who sought to defy their pledge to vote for a state's popular vote winner called themselves "Hamilton electors," a reference to writings by founding father Alexander Hamilton that the Electoral College was intended to ensure that "the office of President will never fall to the lot of any man who is not in an eminent degree endowed with the requisite qualifications.”

The Hamilton electors hoped to convince enough Electoral College electors to back a compromise candidate that Republican Donald Trump would not get enough votes to win, sending the election to the U.S. House of Representatives. The tactic fell short, and Trump became president.

Ruling on a suit filed against the office of then-Colorado Secretary of State Wayne Williams, the appeals court determined that the right for electors to use discretion when casting votes is constitutional.

“Secretary Williams impermissibly interfered with Mr. Baca’s exercise of his right to vote as a presidential elector,” the court said in a ruling written by U.S. Circuit Court Judge Carolyn Baldwin McHugh.

"... Contemporaneous interpretations of the federal Constitution support the conclusion that the presidential electors were to vote according to their best judgment and discernment," the court's opinion added.

The ruling applies only to Colorado and five other states in the 10th Circuit: Kansas, New Mexico, Oklahoma, Utah and Wyoming.

Harvard Law Professor and Equal Citizens Founder Lawrence Lessig, representing the electors in this case, said that the decision will advance the movement to reform the Electoral College.

“We know Electoral College contests are going to be closer in the future than they have been in the past; and as they get closer and closer, even a small number of electors could change the results of an election," Lessig said in a release. "Whether you think that’s a good system or not, we believe it is critical to resolve it before it would decide an election.”

Secretary of State Jena Griswold voiced her disagreement with the decision in a statement Wednesday.

“This court decision takes power from Colorado voters and sets a dangerous precedent. Our nation stands on the principle of one person, one vote," Griswold said in her release. "We are reviewing this decision with our attorneys, and will vigorously protect Colorado voters.”

In a dissenting opinion, U.S. Circuit Judge Mary Beck Briscoe said the appeal should have been dismissed as moot because the law does not provide for awarding damages.

The elector's attorneys say the U.S. Supreme Court will likely hear the case because it conflicts with a decision from Washington state's Supreme Court. That court said electors could be fined for not casting ballots for the popular vote winner.

Baca's attorneys said the U.S. Supreme Court will likely hear the case because it conflicts with a decision from Washington state's Supreme Court. That court said in May that electors could be fined for not casting ballots for the popular vote winner.

"The court just might think this isn't something that demands our attention right now," said Michael Morley, a professor at the Florida State University College of Law.

The court ruling in Denver could be important if a future Electoral College is so closely divided that a handful of "faithless electors" change the outcome by casting a ballot contrary to the popular vote, said Ned Foley, a professor at Ohio State University's law school.

"This opinion would be taken very seriously," he said. "It would be considered judicial precedent."

But that kind of split in the Electoral College is unlikely, said Morley.

"So many individually unlikely events would have to fall in place for that," he said.

Hundreds of electors have cast votes in the history of the nation, "and only a handful have been cast by faithless electors," Morley said.

Under a new state law passed this year and signed by Gov. Jared Polis, Colorado will change its system of casting electoral votes, instead following the national results instead of state results, but only if another other states pass the same law to make a difference. As of now it appears that the so-called "national popular vote" compact will not take effect before the 2020 election.

The change in the electoral system follows the 2000 and 2016 elections, both of which sent a Republican to the White House because of the Electoral College results even though a Democrat won the national popular vote.

Colorado voters could decide in the 2020 election to void a controversial new law that could award the state’s nine Electoral College votes to the presidential candidate who wins the popular vote nationwide — regardless of who wins in Colorado.

Colorado Democrat Michael Baca, one of the so-called “Hamilton electors” who tried to derail Donald Trump’s presidential win in the Electoral College, has signed on to a federal lawsuit charging Secretary of State Wayne Williams with voter intimidation because he wouldn’t allow Baca to vote for someone other than the winner of Colorado’s popular vote.

Despite the drama, Colorado's electoral votes go to Clinton after all

One Colorado elector defected on Monday during a dramatic and historic Electoral College vote in an effort to deny Donald Trump the presidency, though the protest was not enough to alter the...

The law would award Colorado's nine Electoral College votes to the presidential candidate who wins the popular vote nationwide.

A district attorney has asked the Colorado Supreme Court to review an overturned illegal voting conviction.

Colorado wants the U.S. Supreme Court to overturn a lower court's decision that presidential electors can vote for the candidate of their choice and aren't bound by the popular vote in their states.

The case stems from a member of the state's electoral college wanting to cast a vote for Ohio Gov. John Kasich instead of Democratic nominee Hillary Clinton, who won the state's vote.