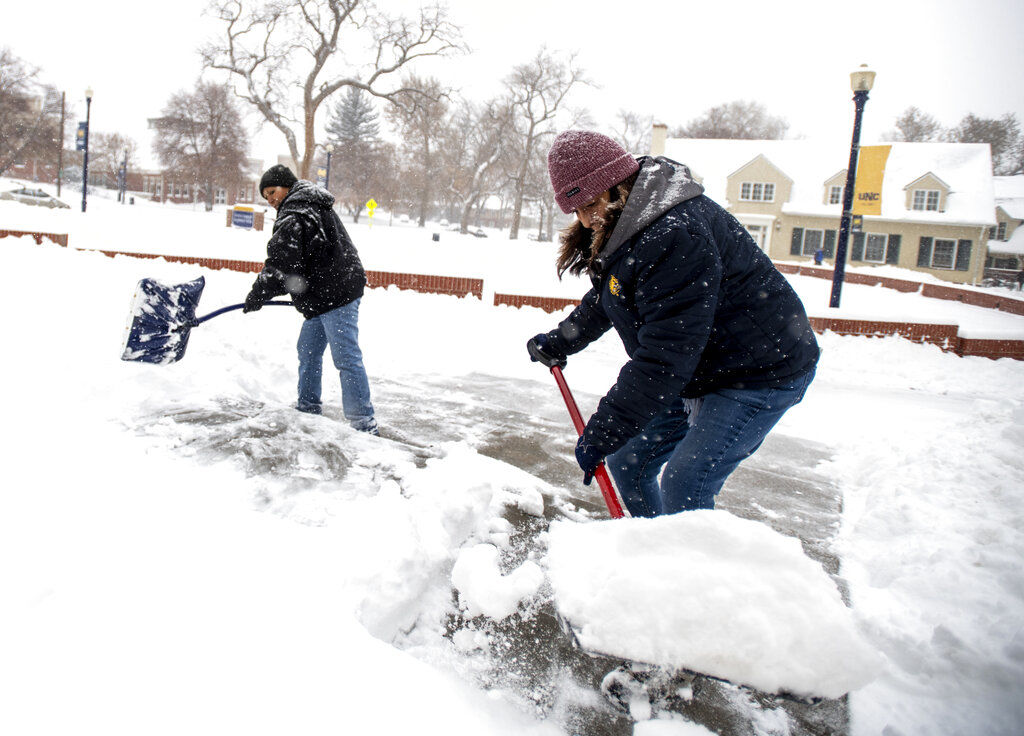 University of Northern Colorado facilities management staff Francis Garza, left, and Tina Longoria shovel snow from the steps and entranceway to Sabin Hall during a winter storm in Greeley, Colo. Tuesday, Nov. 26, 2019. The storm is expected to dump at least a foot of snow on Greeley by Tuesday night and caused the closure of school districts, the Greeley and Weld County government offices, and the University of Northern Colorado. 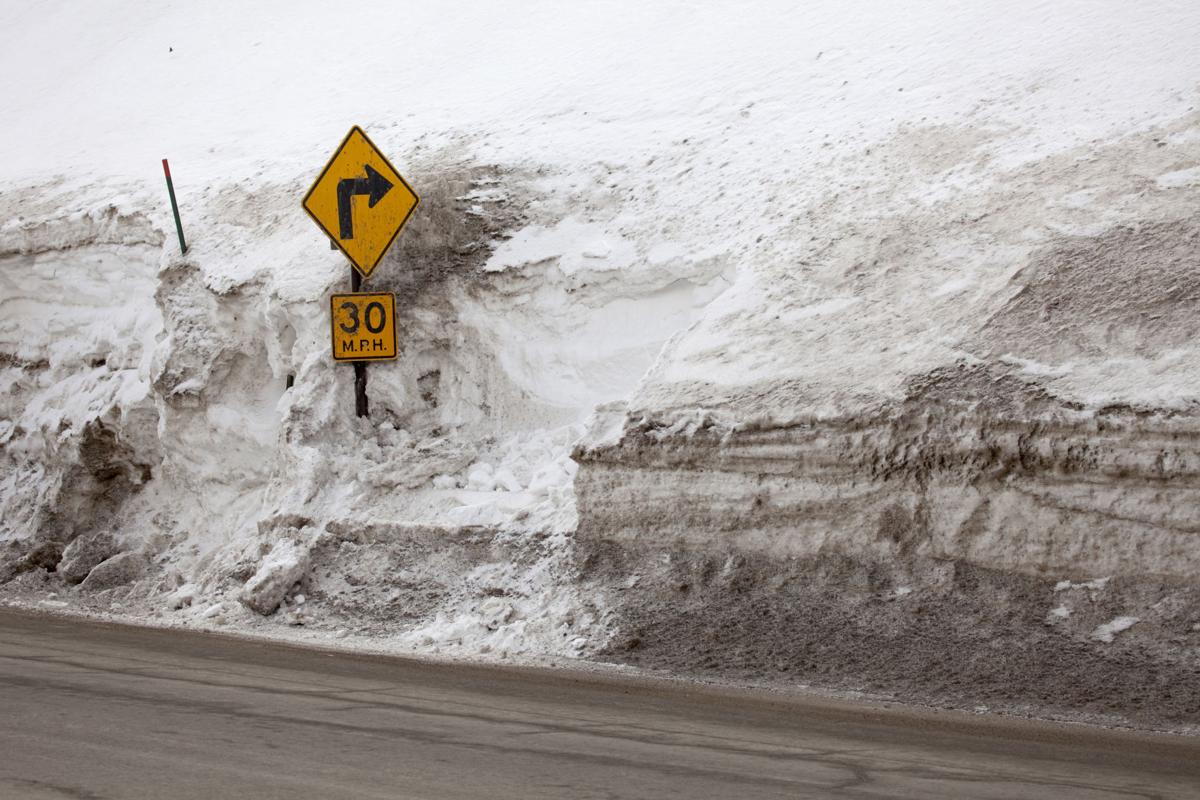 University of Northern Colorado facilities management staff Francis Garza, left, and Tina Longoria shovel snow from the steps and entranceway to Sabin Hall during a winter storm in Greeley, Colo. Tuesday, Nov. 26, 2019. The storm is expected to dump at least a foot of snow on Greeley by Tuesday night and caused the closure of school districts, the Greeley and Weld County government offices, and the University of Northern Colorado.

The most recent snowstorm is welcome news for a state where precipitation has been a little below average in November.

Members of the Colorado Water Availability Task Force talked happily about the snowstorm Tuesday, with high hopes that it will put Colorado above average for precipitation and snowpack for the water year that started on Oct. 1.

Overall, the state showed dramatic improvement in water conditions in 2019.

In the 2019 water year that ended on Sept. 30, the biggest snowfall of the season was 23 inches (which has already been substantially surpassed by Tuesday's storm); the coldest temperature recorded in 2019 was minus 40 degrees at Taylor Park Reservoir in Gunnison County.

Colorado also experienced the warmest September in the 125 years tracked by the National Oceanic and Atmospheric Administration (NOAA). Assistant state climatologist Becky Bolinger said that it was warmer on average in September than it had been in June, the traditional start to the summer season. That was followed by one of the coldest Octobers on record, the fourth coldest in state history.

“If you felt like we skipped fall, we did,” Bolinger said.

Colorado got out of drought for the first time in 20 years, briefly, but the state has returned to drought conditions as the summer ended, especially in southwestern Colorado.

Recent drought maps show three-quarters of the state back in drought, with the most severe in southwestern and western Colorado, which are in severe drought.

Thanks to a good El Niño year in 2019, which produced above average rain and snowfall, almost all of Colorado’s reservoirs are in good shape, according to Karl Wetlaufer of the USDA's Natural Resources Conservation Service. Statewide, reservoir storage is above average everywhere except for the Upper Rio Grande Basin, which includes the San Luis Valley. Reservoirs in the Upper Rio Grande are down to 25% of capacity.

Traditionally, a good October-November snowpack — which this year has allowed many ski areas to open early — portends a good water year. Colorado’s October-November snowpack in 2019 is only slightly below average and is likely to be above average when Tuesday’s storm is factored in, Bolinger said. Wetlaufer said statewide, snowpack is 90% of normal for October and November, and the state has received 17% of its normal snowfall accumulation, where it normally should be at 19% at this time of year.

“We could definitely make up water year deficits” with this storm, Bolinger said. “Cross your fingers and do your snow dances.”

Demand management: It’s a term that makes water users along the Colorado River nervous — and…

Central Colorado creeping back into drought

Reservoirs levels dropped in August has hot, dry weather took hold, and there may have been …

Most of Colorado begins new water year in low-level drought

The U.S. Drought Monitor says that nearly 70% of the state is in the lowest level of drought.