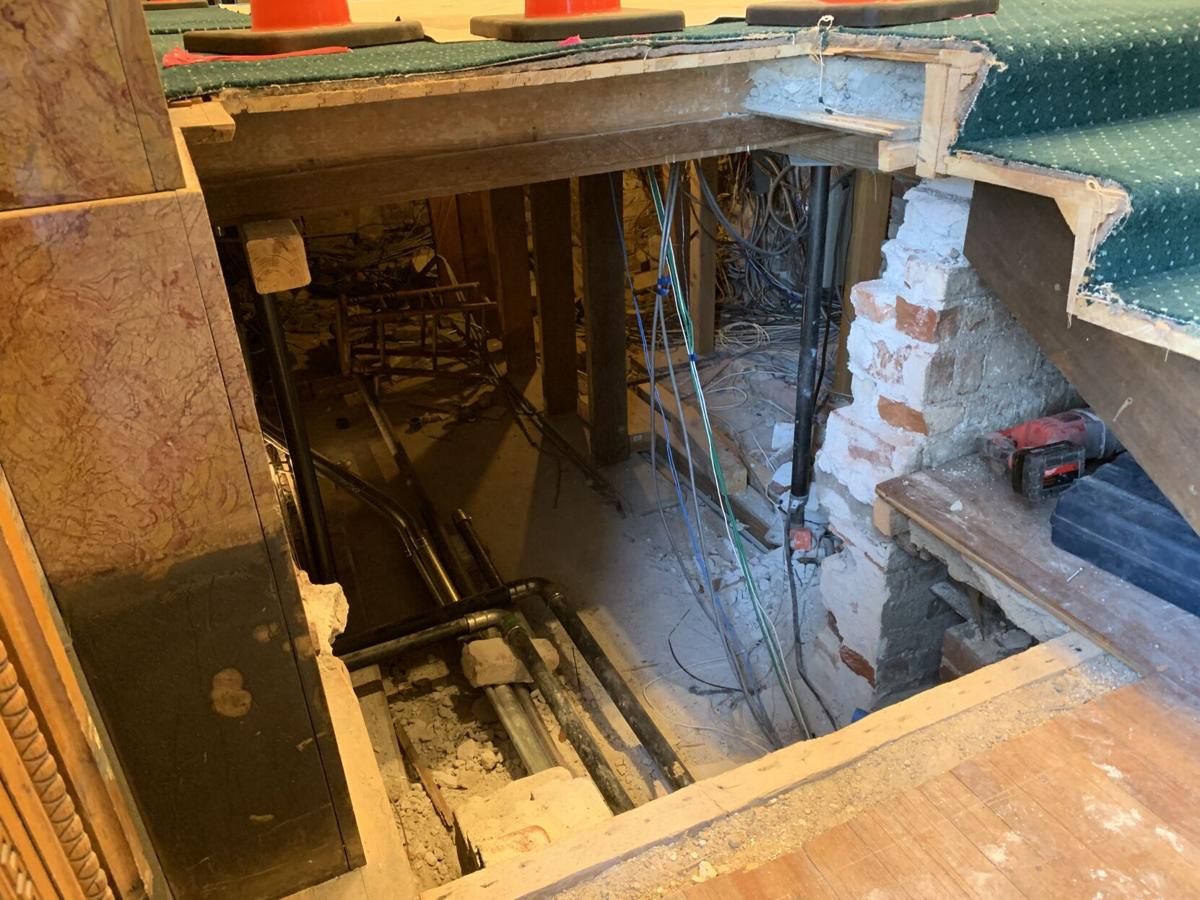 A hole in the floor of the House near the Speaker's rostrum, the site where a wheelchair lift will be installed in the coming months. 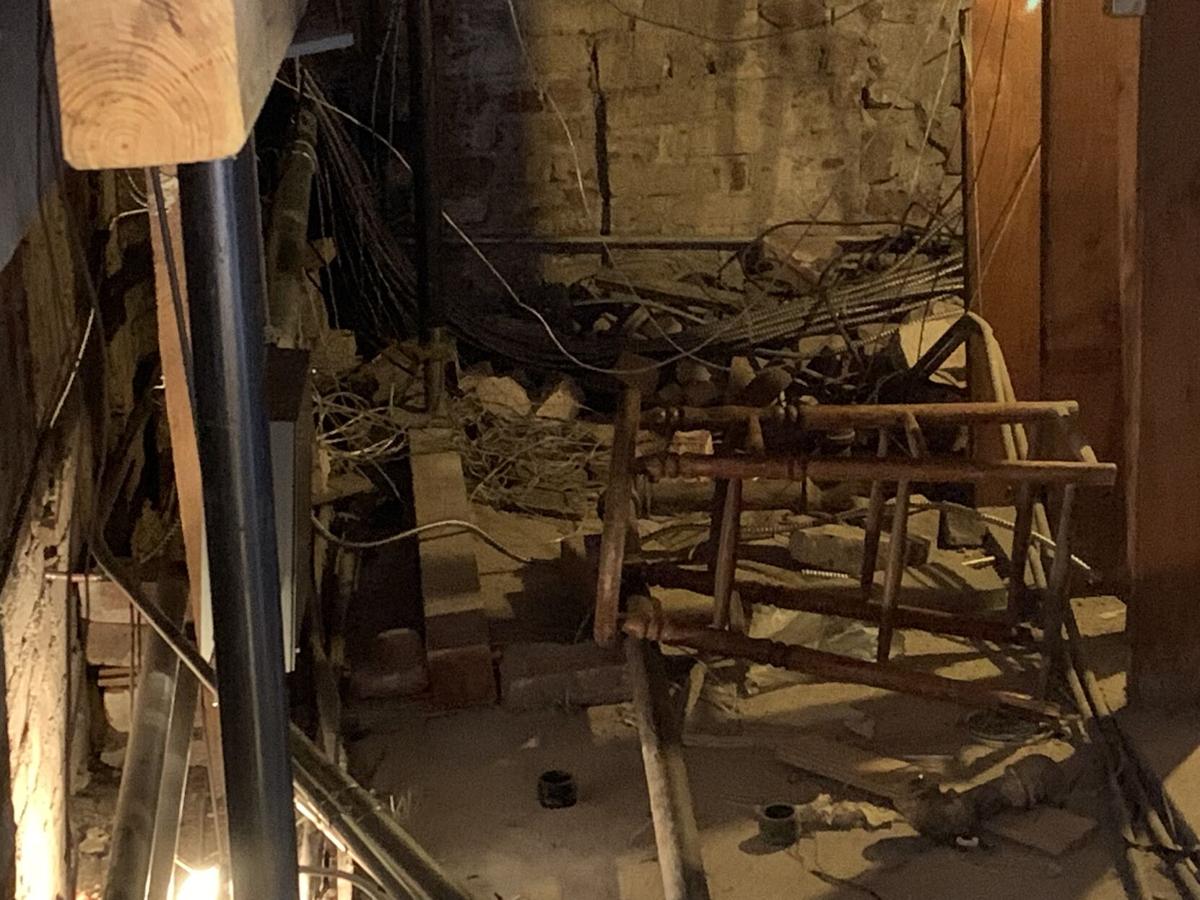 A long-forgotten stepstool under the Speaker's rostrum in the House.

A hole in the floor of the House near the Speaker's rostrum, the site where a wheelchair lift will be installed in the coming months.

A long-forgotten stepstool under the Speaker's rostrum in the House.

Wood floors that haven't seen the light of day in more than a hundred years. An old forgotten step stool, its bottom rung snapped off, lies forgotten. Rare Rose Onyx marble that has been marked by the years, and which will be removed and saved for future use.

All that can be seen from a hole in the floor near the Speaker's rostrum on the floor of the Colorado House chamber, cleared away to allow Colorado to become possibly the first legislature in the nation with an ADA-accessible wheelchair lift.

Matt Becker of the Legislative Council is overseeing the project, which should be ready in time for the 2022 legislative session. He's checked with other legislatures around the nation to see if anyone has put in an ADA-accessible lift at its speakers' platforms, and all he's found so far are ramps, not motorized lifts.

The U.S. House made its speaker's rostrum ADA-accessible in 2008, accommodating Rep. Jim Langevin, D-RI, who was elected in 2000 and who had been a quadriplegic since the age of 16. He first came to the U.S. Capitol as an intern in 1984.

The Colorado state House addition of a lift is likely the last piece in a two-year effort to make the chamber fully ADA-accessible, one that will allow anyone in a wheelchair — giving the morning pledge or leading the chamber in morning prayers — to make those remarks from the dais, which is customary.

The ADA-accessible lift also will make it possible for Rep. David Ortiz, D-Centennial to do those things, or to lead the chamber when it does second reading on bills, which he wasn't able to do in his first year as a member of the House.

Ortiz, 39, became paralyzed from the waist down after the helicopter he was piloting in Khost, Afghanistan crashed. He was one of the few survivors of that June 21, 2012 accident.

In 2020, Ortiz became the first wheelchair occupant to be elected to the Colorado General Assembly, and that led to some quick action to make  the chamber accessible. First came ramps along the side of the House and through the back offices leading to the chamber that allow him onto the House floor. But what to do about getting him on the Speaker's dais?

It never happened during the 2021 session. Ortiz told Colorado Politics that they talked about lifting him up in his chair, but he nixed that idea over concerns that he or whomever was lifting him could be at risk. And it was more important, he said, to make the state Capitol truly accessible to everyone, including the disabled.

"We talk about universal accessibility and design, and if we make everything accessible it's better for everyone," he said.

The Senate is next, Ortiz said.