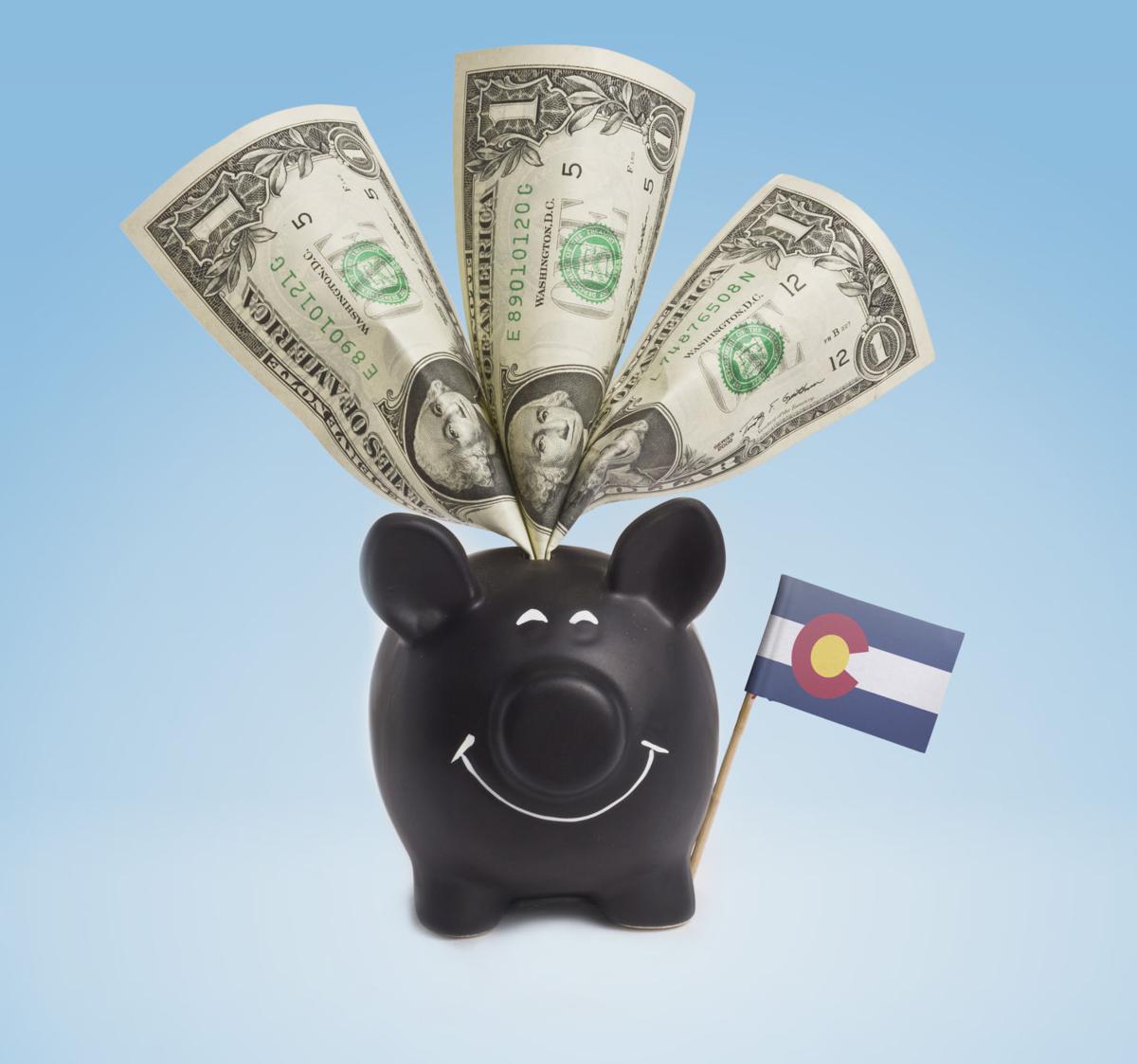 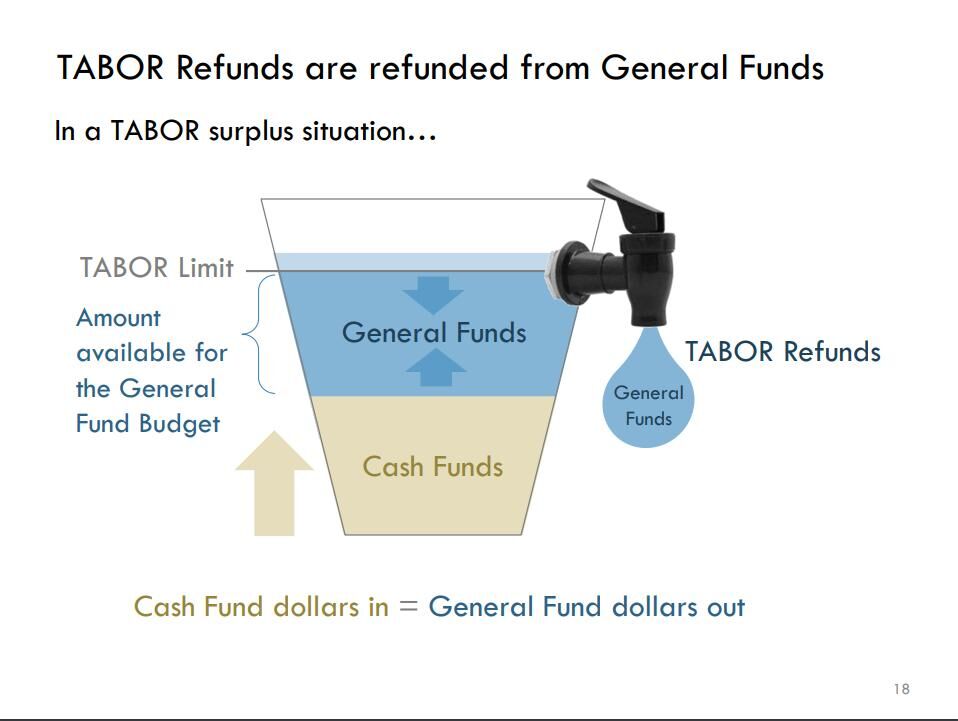 The revenue forecast that could guide the governor's budget — due to the General Assembly in less than six weeks — shows the Delta variant is impacting the state's economic recovery from the recession that resulted from the pandemic.

The September forecasts from economists with the governor's Office of State Planning and Budgeting (OSPB) and the legislature said Tuesday that while there's a lot of one-time money available for the next budget year, deficits loom in the future.

The quarterly forecast also shows the impact of legislation signed into law from the last session that ended in June. According to the Legislative Council forecast, the state ended the 2020-21 budget year with a general fund reserve at 28.6% reserve, $1.9 billion above the required 13.4% reserve.

TABOR refunds also will be part of the picture for the next couple of years, according to the forecast. Revenues exceeded the TABOR limit in the most recent fiscal year by $1 billion, and that will be returned to taxpayers through several mechanisms: a temporary reduction in the state income tax, property tax rebates to seniors and disabled veterans and a six-tiered sales tax refund based on taxpayer income.

Coming up for the next fiscal year: The forecast from legislative council said lawmakers will have $3.3 billion more to spend or save for the 2022-23 year, but it's one-time money that won't be available in future years. "That's as good as it gets," said Legislative Council chief economist Kate Watkins.

Legislative Council economist Elizabeth Ramey told the JBC Tuesday that Colorado has regained 78% of the jobs lost during the pandemic, compared to 76% for the nation as a whole. Colorado's job growth has been relatively steady, she explained, but job gains in August have slowed, which she attributed tied to concerns about the latest wave of COVID-19 infections.

Some sectors have completely reversed their job losses, such as transportation and warehousing, likely tied to online purchasing, but mining, logging and information sectors have continued to shed jobs, she said.

Watkins replied that historically, unemployed or underemployed people go back to school to retrain or find new careers, which she expects to happen, particularly in the restaurant sector.

"A lot of individuals want to try something else because it hasn't been great for them in over a year," Watkins said.

Ramey also noted that the impact of federal stimulus payments on the economy is wearing off, more quickly than expected.

Inflation continues to be a concern, particularly in the energy and transportation sectors. Those are due to supply chain issues, such as for semiconductors and motor vehicles, Ramey explained.

A key driver of the recovery — and not in a good way — is the re-emergence of the COVID-19 virus, Ramey said, particularly the Delta variant. Risks are weighted to the downside, which includes the supply chain issues and inflation, but the upside is the passage of the federal infrastructure spending package, with other positive signs tied to spending, employment, income and tax revenues.

Sen. Bob Rankin, R-Carbondale, the JBC's senior member, raised concerns about the drop-off in severance tax collections, stating that the legislature would have to find other ways to fund the programs previously covered by those taxes,  including water projects and mitigation for communities impacted by mining and drilling activities. The forecast said fluctuations and disruptions in the crude oil market, travel activity due to COVID-19 and casino capacity will continue to weigh on tax collections. Revenue from severance taxes alone dropped by $117.0 million to $14.7 million, according to the report.

As the labor market improves, general fund revenues will continue to grow at a healthy rate.

That will also drive big refunds from the state constitution's Taxpayer's Bill of Rights for the foreseeable future, according to the forecast, a minimum of $1 billion per year for the next three years, beginning in 2022.

TABOR refunds are paid out in the year following the one in which they are accrued. Out of that $1 billion, $165 million will go to local governments to cover property tax exemptions for seniors and disabled veterans. Another $130 million will be directed to the income tax rate reduction, and anything left goes into a six-tiered sales tax refund.

Watkins also reminded lawmakers about there are three questions to voters on the November ballot, all which will impact future forecasts, if they pass. Watkins didn't give any hard numbers, since they use current law for forecasts.

The top line in the OSPB forecast is that revenues are similar to where they were estimated in June, and that the two forecasts are generally similar, according to Director Lauren Larson.

Deputy Director Luke Teator said the Delta variant continue to slow the recovery, but it's somewhat balanced by continued growth in household finances.

Teator said one of the most interesting aspects of the recovery is that as of the second quarter, U.S. Gross Domestic Product had passed its pre-pandemic level while employment is significantly below pandemic levels.

Employment also hasn't recovered as well, according to the OSPB presentation, both in terms of unemployment numbers and in elevated job openings. Older workers have decided to retire and haven't reentered the workforce, which is common, and nationally, those who switch jobs are seeing better wage growth than those who stayed in their current occupations.

Despite the slow employment recovery, household finances are growing, Teator said. Personal income is mostly above February 2020 levels, which speaks to the strength of the policy responses to the pandemic, he said. Consumers have saved their money and still aren't spending it, he explained.

The OSPB forecast for TABOR refunds was about $250 million higher per year than the forecast offered by the legislative council economists, at $1.26 billion or higher, beginning in 2022. The refund coming out of 2021 will be about $471 million.

OSPB also had concerns about inflation. Teator said they are estimating inflation at 3.7% for Denver, less than the national rate. "We expect this to be transitory," he said.

There's a lot of uncertainty in revenue forecasts and what normal will look like, such as in labor supply and supply chain disruptions. And people are recognizing that they don't have to return to jobs they were unhappy in, he added.

Larson also addressed the "structural deficit" in the forecast. OSPB's forecast said the state needs to consider a multi-year budget approach, which they've called for in the past. The OSPB forecast anticipates the state could start running a budget deficit, up to $1 billion, by 2025 and more than $2 billion by 2027.

"It's not just general fund; it's a multi-year concern," Larson said.

Part of that is reflected in the state education fund. Larson said the fund has a sizable balance now, but the OSPB forecast said the fund could be running at a deficit in just three years.

That points to the need for multi-year planning as well as caution, she said.

Sen. Chris Hansen, D-Denver, agreed with Larson on the widening gap. "We were already at a sizable gap" such as in lack of money for controlled maintenance and the negative factor for K-12 since 2008, he said. "We're already deep in the hole and it's only going to get bigger," he said. 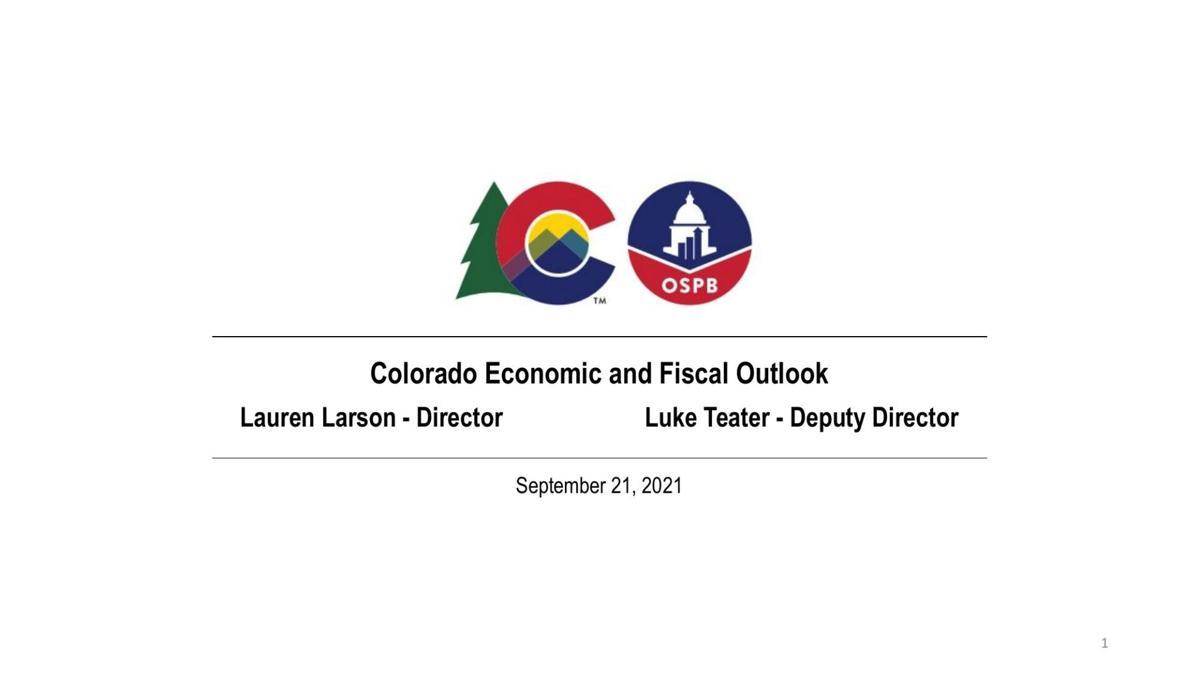 Inflation fears as well as disruptions in supply chains could limit the state's recovery, according to economists with the General Assembly's Legislative Council.