Recent storms bolstered the state's snowpack after a largely dry January and slightly alleviated the drought, but the long-term forecast for the spring shows a return to dry conditions, the state climatologist reported.

"We shouldn’t hold out a lot of hope for a wet spring," Russ Schumacher said during the Colorado Fruit and Vegetable Growers Association annual conference Thursday.

The National Oceanic and Atmospheric Administration predicts the state could experience above-normal temperatures and below-normal precipitation through March, April and May, according to data Schumacher presented.

More typical La Niña conditions into the spring could also bring more wind, he said. La Niña is a Pacific Ocean weather pattern that tends to lead to drier weather in the southern U.S.

The Colorado forecast comes as the state benefits from February snowstorms that brought the snowpack up to 91% of the median, data shows. 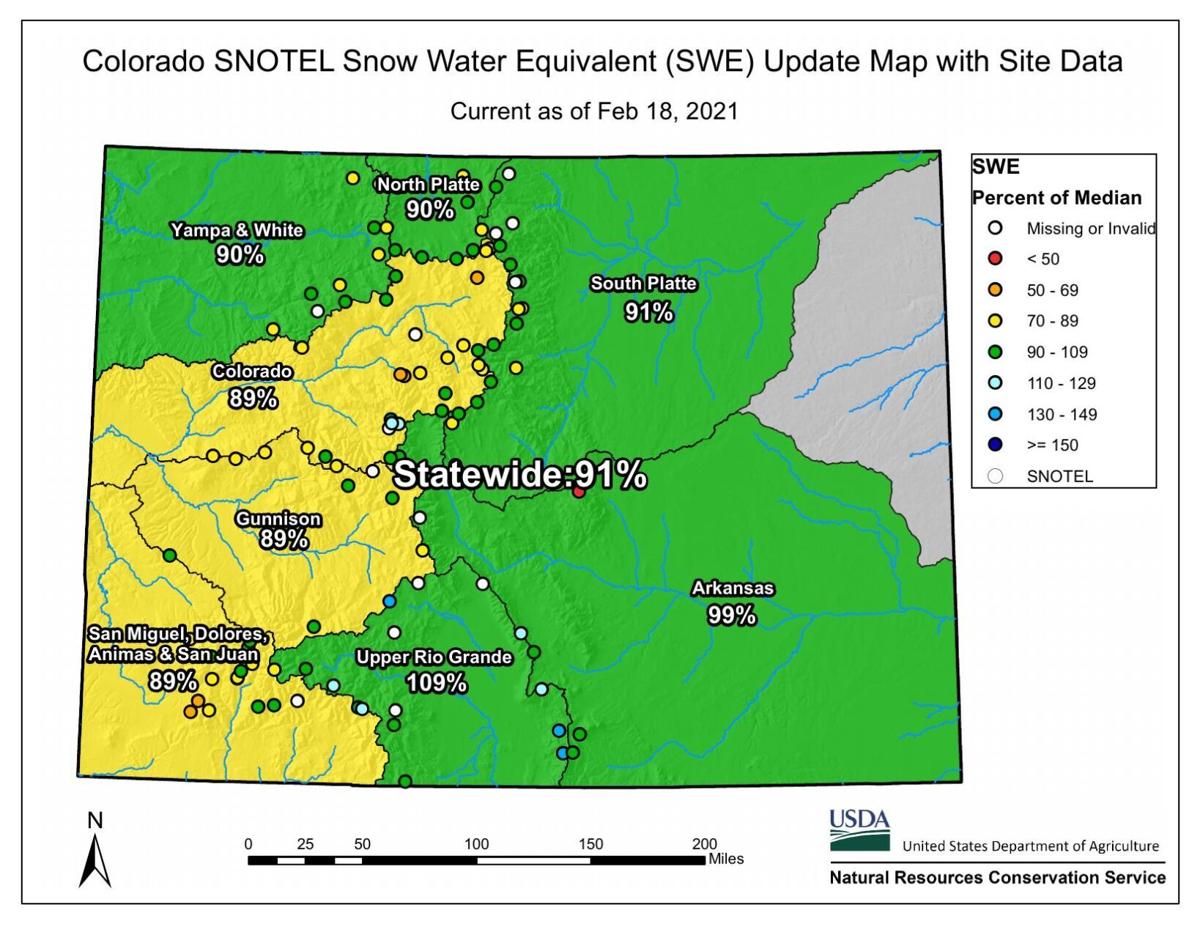 However, the entire state remains in a drought after an extremely warm and dry year in 2020 that was just slightly less extreme than 2002, Schumacher said. The drought in 2002 triggered wildfires, crop losses and water shortages.

"There is a chance that the conditions are going to get even worse," he said.

In the short-term, the state is expected to warm up in the coming days after arctic-like temperatures that set record lows in Colorado Springs. On the eastern plains, temperatures were even more extreme with Holyoke reaching negative 30 and many other locations well below negative 20.

The frigid temperatures this time of year are not unprecedented, Schumacher said. What's more usual is the cold weather snaps the state saw the past two years in October that can be damaging to crops. The cold snap in 2020 was particularly strange during an otherwise warm year, he said.