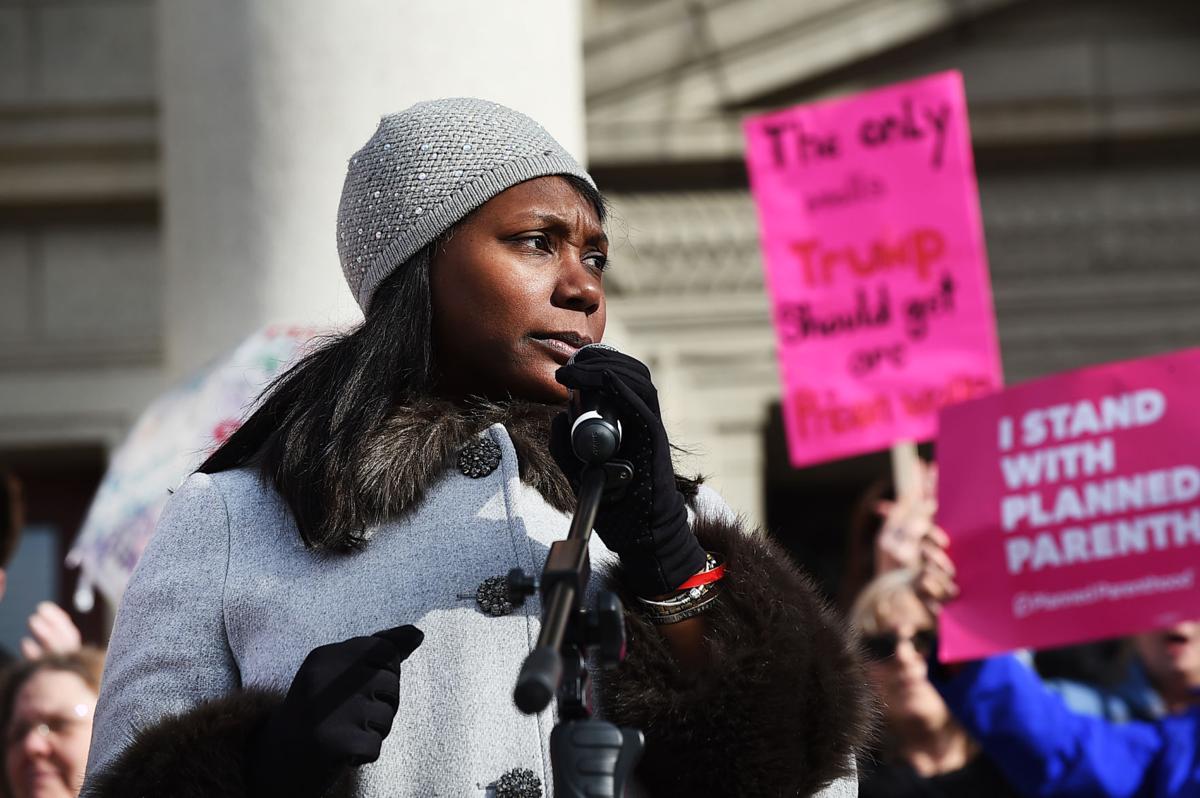 Stephany Rose Spaulding gives a speech to the crowd gathered on the steps of City Hall for the 3rd annual Womxn's March in Colorado Springs, Saturday, Jan. 19, 2019. 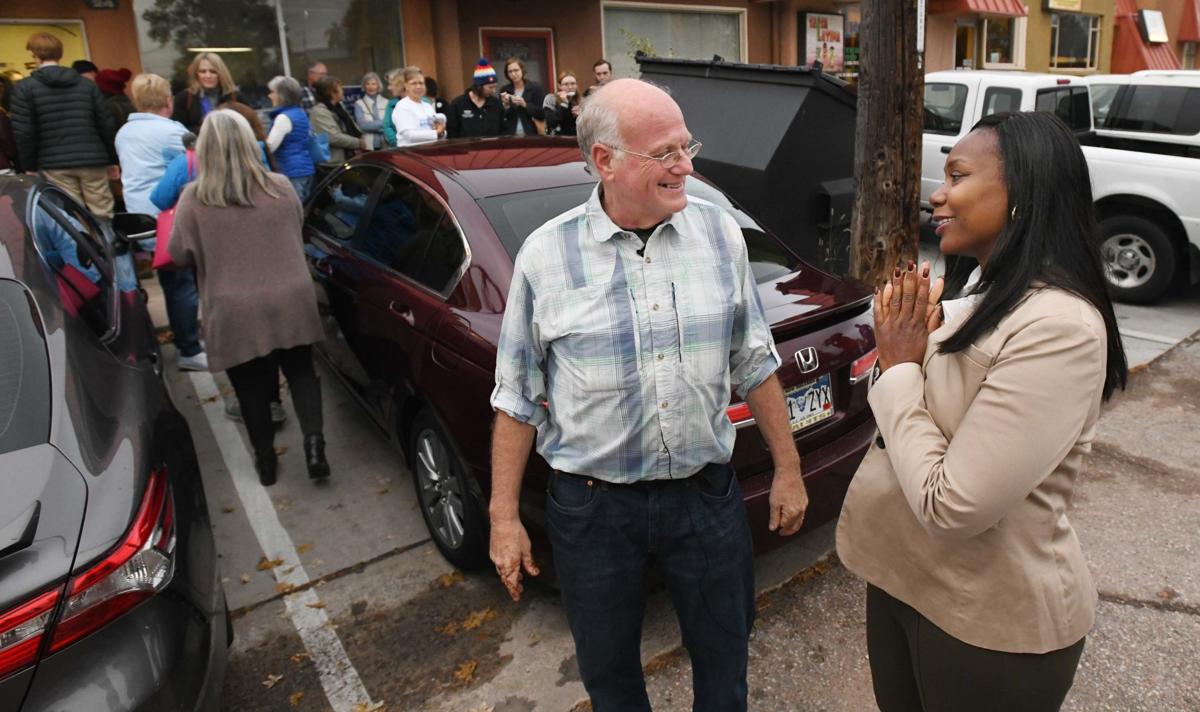 Stephany Rose Spaulding gives a speech to the crowd gathered on the steps of City Hall for the 3rd annual Womxn's March in Colorado Springs, Saturday, Jan. 19, 2019.

“I am not just for the people, I am of the people," Spaulding, a college professor, pastor and activist, told Colorado Politics on Tuesday.

"There are a number of candidates that feel for those who are under attack from this administration, but I am a candidate actually living the impact of dehumanizing policies and morally inept leadership," she said.

Spaulding plans to formally announce her candidacy on The Young Turks, a news and commentary YouTube show, at 6:15 p.m. Tuesday. She will host a series of events throughout the state on Wednesday:

Spaulding said she made the decision to run for Senate in late February after she said she was repeatedly asked by community members to take the leap — and in particular after receiving an email from a Castle Rock mother and business owner.

"Her urgency has really moved me over the edge to say, 'I have a responsibility. I need to fulfill it'," Spaulding said.

The American Baptist pastor, who shepherds Ebenezer Baptist Church in Colorado Springs, says she plans to run on a platform of "energy independence, the climate reality we are facing right now, and protecting human dignity, which includes immigrants, communities of color [and] LGBTQI communities."

She also intends to focus her on protecting civil rights, as well as working families in the face of "wages that have not kept up with the rising cost to sustain life."

Spaulding joins a crowded Democratic primary field of candidates hoping to challenge Gardner, considered one of the most vulnerable incumbent senators up for re-election in 2020.

Eight Democrats are already running in the Senate primary, according to Colorado Politics reporting, and a handful of prominent Democrats are considered potential bids.

Gardner is one of only two Republican U.S. senators running for re-election in states won by Democrat Hillary Clinton, who carried Colorado in 2016 by 5 percentage points.

Former House Speaker Andrew Romanoff, who made unsuccessful bids for the U.S. Senate in 2010 and Congress in 2014, and former state senator and gubernatorial candidate Mike Johnston are the other major Democratic candidates running for Gardner's seat so far.

Several Democrats have said they're considering joining the field, including John Walsh, a former U.S. attorney for Colorado, and state Sen. Kerry Donovan of Vail.

What distinguishes Spaulding in such a broad, diverse field of candidates? Her reputation as a community activist, pastor, professor and former Congressional candidate, she contends.

"I am in community, I have been in community, and people recognize that," she told Colorado Politics. "The [House] race created a foundation that propels us into this Senate race."

Lamborn’s victory fell in line with the district’s historical GOP tilt, even as a widely predicted Democratic wave upset political races across Colorado. Few political experts believed Spaulding could unseat Lamborn. Republicans outnumbered Democrats two to one in the district, according to data from the Secretary of State’s Office.

“We’re still victorious,” Spaulding told Colorado Politics' Conrad Swanson after learning the election results last fall. “We moved the needle. If he wasn’t on notice before, he is now.”

She might consider another run in 2020, she told Swanson then.

Several months removed from her 2018 defeat, Spaulding says her campaign did result in victories, such as raising the profile of the Congressional District 5 across Colorado and the nation and "flipping Chaffee County blue."

"One of the greatest takeaways is that people are desperately wanting change," she said. "They’re hungry for it. We were able to do what others have not been able to do with this district, with so little, that we will amplify that across the state."

"You don’t know what that really looks like until you run for office yourself," she said.

Spaulding acknowledges that her latest race is a bigger challenge with more a stake.

"I’ve never been scared of challenges, obviously," she said. "There is an absolute need for Democrats to win this seat. It is going to take someone with the infrastructure, as well as the people power to inspire new hope for Colorado, to win this seat, which is why I’m running.

"I think I bring that to the table."

There are many issues on which Spaulding disagrees with Gardner — everything from border security to reproductive rights and voter protections.

Is there anything the two can agree on?

"It's hard to agree with Cory Gardner on anything when he flip flops so much," she said. "I don’t know if Cory Gardner knows where he stands."

Reporters Ernest Luning and Conrad Swanson contributed to this report.

If honey catches more flies than vinegar, just how many voters will ice cream net?