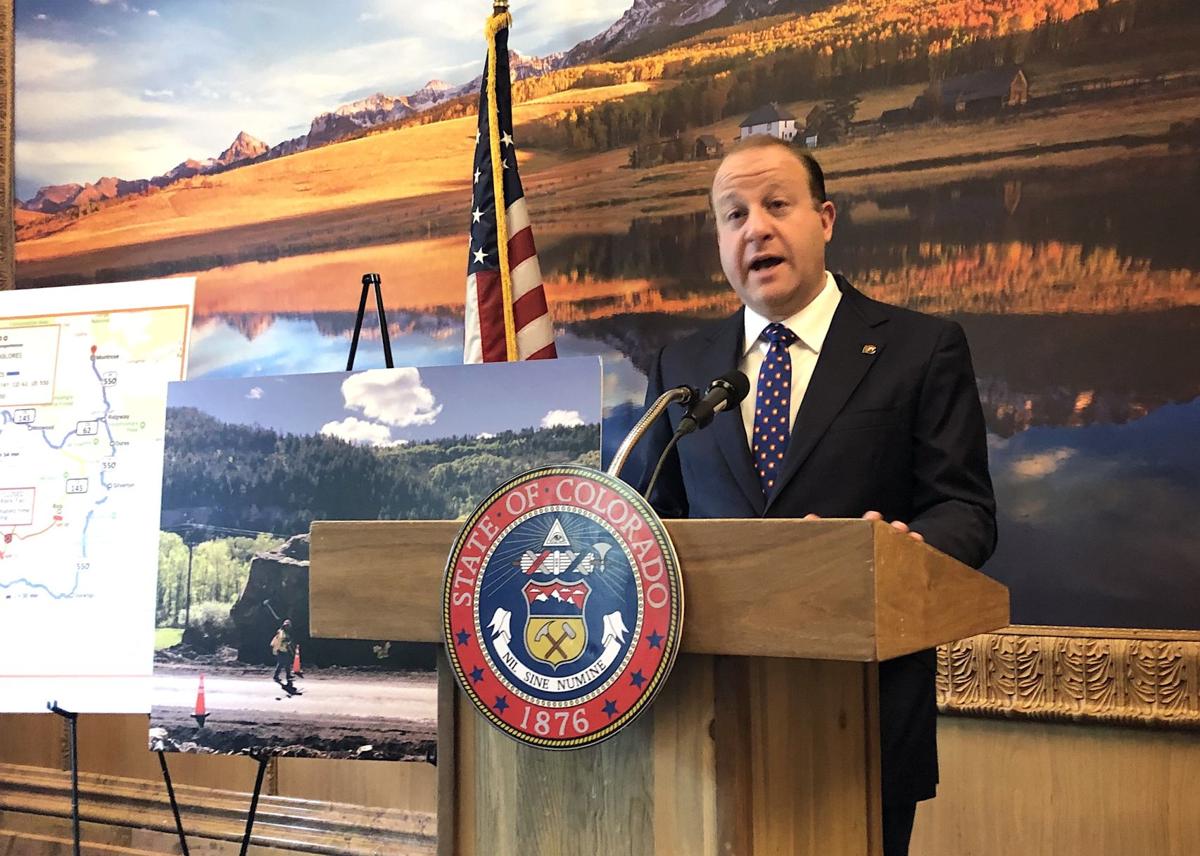 Colorado Gov. Jared Polis talks to reporters at a press conference on his accomplishments Tuesday, June 4, 2019. 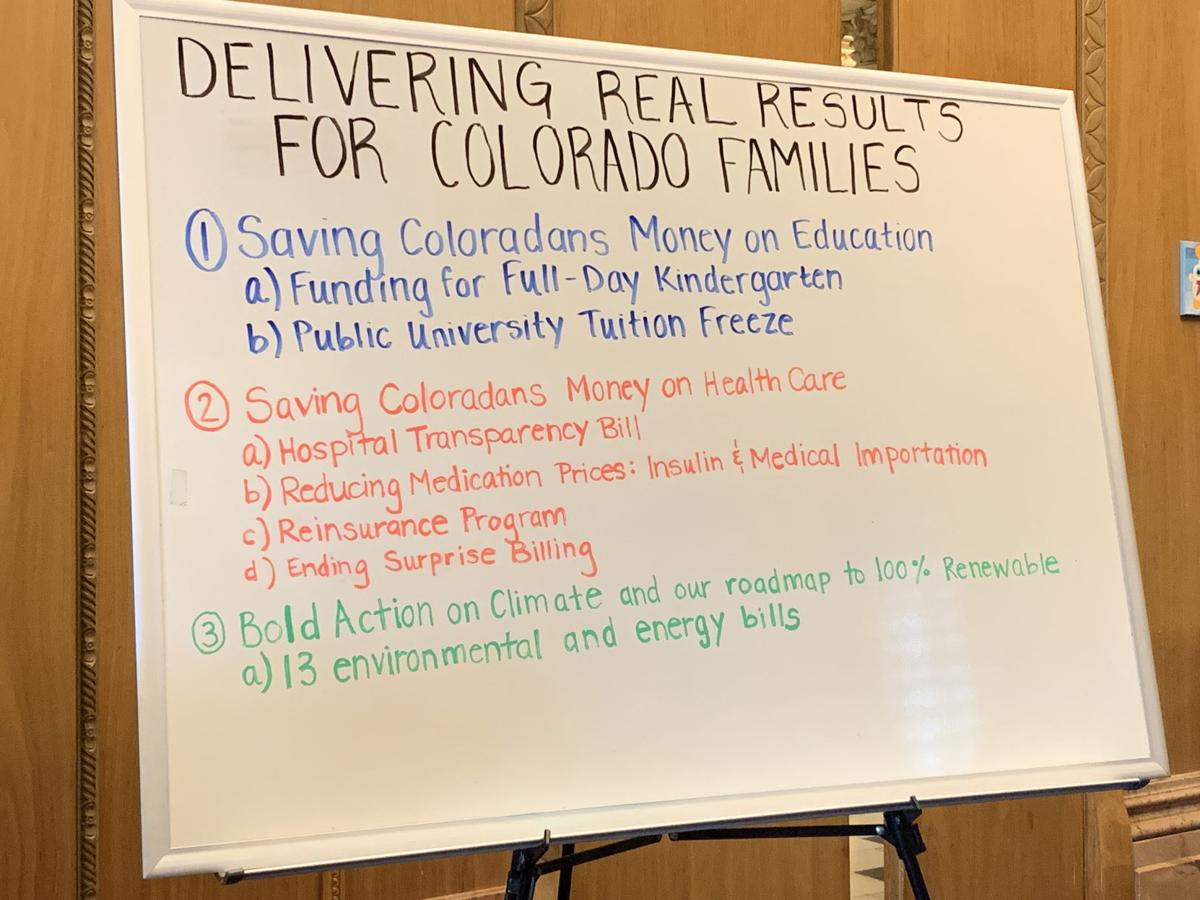 Gov. Jared Polis displayed a sign on Tuesday pointing to what he saw as successes from the 2019 legislative session.

Gov. Jared Polis on Tuesday celebrated the end of bill-signing season the day before.

Colorado's governor signed 454 bills sent to him by the 2019 General Assembly. He vetoed five.

And one bill didn't need to be signed: House Bill 1257, a legislative-referred initiative heading to the November ballot that will ask voters to allow the state to permanently spend state revenues that would otherwise have to be refunded under the Taxpayer's Bill of Rights.

In all, Polis hosted 42 bill signing ceremonies around the state.

Tuesday, Polis said that 95 percent of the bills signed were bipartisan, but that doesn't mean 95 percent had Republican sponsors. In many cases, "bipartisan" meant only that at least one Republican voted for the bill.

Among the successes he cited: Polis handed out copies of a letter sent to the U.S. Treasury and the Department of Health and Human Services that advocates for Colorado to be given a waiver that will allow the state to set up a reinsurance pool. The letter is signed by all nine members of the Colorado congressional delegation.

Polis also addressed the tuition freeze, which isn't happening at Metropolitan State University of Denver and which will affect 15,000 Colorado residents, many of them students who can ill afford a tuition hike.

"I wish they did" hold the line on tuition, he said, and said he let the Metro State administration know that.

But the Gallagher amendment, which sets the ratio for commercial and residential property assessments, has a negative effect on some parts of the state, including the Eastern Plains. For example, a $300,000 home in Fort Morgan may have a property tax bill of $600, but a same-priced home in Kit Carson County may have a bill around $175. That affects the support that schools in those communities receive, and when those schools get less support, the state picks up the tab.

Polis said he is open to discussions of a regional Gallagher rate, one that is more equitable among the different parts of the state. He noted that Cary Kennedy, a former state treasurer who now works in the Polis administration, is part of a fiscal working group that is discussing Gallagher reform, including regionalization.

On Monday, Polis signed House Bill 1264, which intends to put more transparency into the state's conservation easement program. The law includes the formation of a task force that will look at ways to repay taxpayers who were stripped of state tax credits but not given back full rights to their land.

The old saying still applies: When life gives you lemons, make lemonade. Especially when that lemonade may cost about $200,000 less.