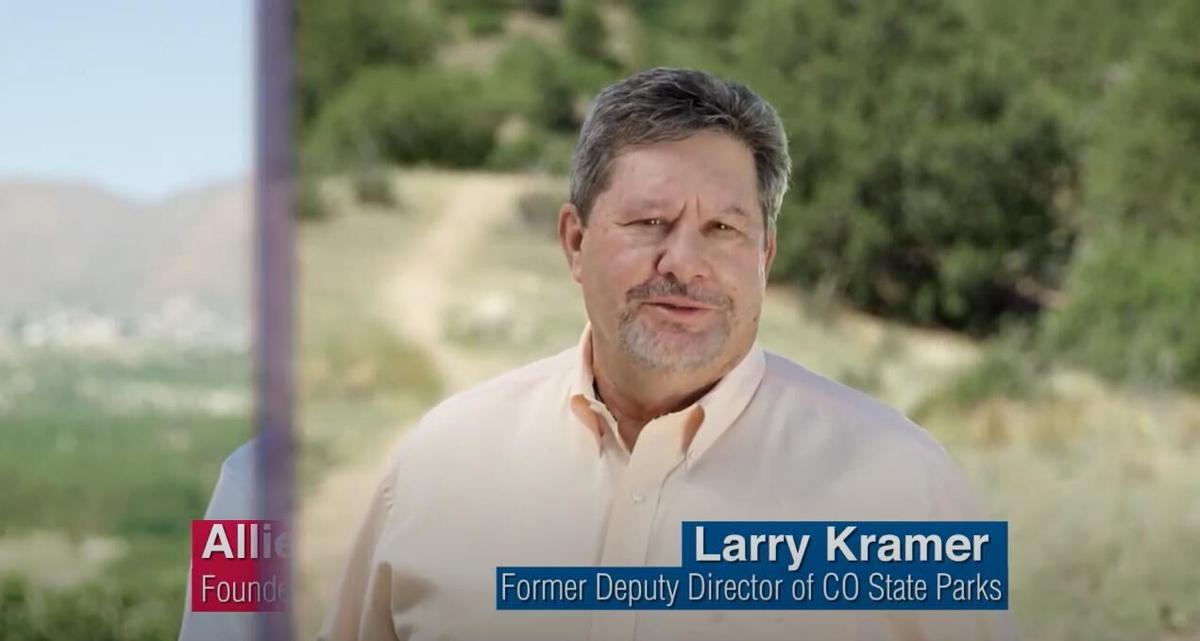 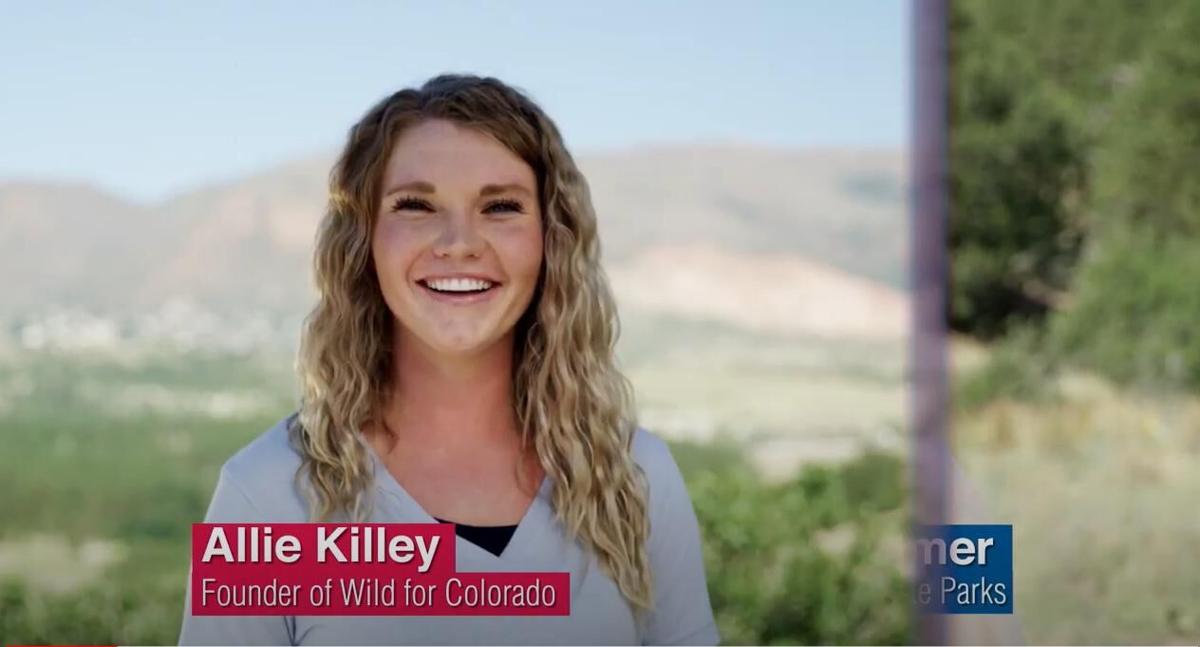 Alexandra "Allie" Killey, a legislative aide to Republican Sen. Paul Lundeen of Monument and founder of Wild for Colorado, in the Both Parties ad for U.S. Sen. Cory Gardner.

Alexandra "Allie" Killey, a legislative aide to Republican Sen. Paul Lundeen of Monument and founder of Wild for Colorado, in the Both Parties ad for U.S. Sen. Cory Gardner.

A Sen. Cory Gardner ad titled "Both Parties" airing on cable and satellite TV networks, tallies up his environmental bonafides related to the recent passage of the Great American Outdoors Act while purporting to represent those who support Gardner from both major political parties.

The ad doesn't identify the parties of the two who endorse Gardner in the ad but implies it, both in the ad's title and by using the color red with one person and blue for the other. Both people featured in the ad are not only registered Republicans but tied to prominent GOP politicians and organizations: Alexandra "Allie" Killey is a legislative aide to Monument Republican Sen. Paul Lundeen, and the other is Larry Kramer, a former president of the Foothills Republicans in Jefferson County.

Gardner faces a challenge for his senate seat from former Democratic Gov. John Hickenlooper; polls have shown Gardner consistently behind in the race and his seat one of the most vulnerable in the country. Gardner's record on the environment has become a major talking point for both campaigns.

Killey, in the ad, that she recently formed Wild for Colorado, which was registered with the Secretary of State's Office on March 9. The group's website states Killey is “determined to protect Colorado's natural resources. It is her goal to advocate for Colorado's environmental needs by representing the beliefs of conservationists.”

The website does not yet show any research or conservation outreach efforts. There are three short promotions of businesses in the "Friends" section, but another page on environmental and wildlife research lists none.

Killey's LinkedIn profile says she is still employed as a legislative aide. According to an open records request, she worked for Lundeen full-time — in many instances, working 10-hour days — between Dec. 2 and June 18.

Wild for Colorado’s Facebook page — listed as a personal blog, not a non-profit or other type of organizations — has four fans as of Aug. 25, and one post that welcomes people to the page.

Reached by phone, Killey declined an opportunity to comment.

Gardner touted a May 11 letter addressed to the leadership of the U.S. House and Senate that 800 regional and national environmental groups supported the Great American Outdoors Act, which was signed into law last month by President Trump. Wild for Colorado, which was started two months earlier, wasn’t among them.

The other Republican, Kramer, is the former deputy director of the Colorado Division of Parks and Outdoor Recreation (now the Division of Parks and Wildlife). Kramer, worked for the state parks division from March 1979 to March 2009 under many administrations. He retired from the division in the wake of a scathing state audit during the Bill Ritter administration that found the division had mismanaged millions of dollars, which included the use of state dollars for personal perks for employees.

The June 2008 state audit, which was triggered by concerns raised by Great Outdoors Colorado (which now goes by GOCO), found the department mismanaged $9.4 million. GOCO, which provides lottery proceeds for parks use, denied the parks division lottery funds until the financial irregularities were straightened out.

“This situation is unacceptable,” the audit said. According to The Denver Post, lawmakers were outraged by the discrepancies.

According to multiple sources who spoke to Colorado Politics on background, Kramer, along with several other administrators in upper management at parks and wildlife, was part of a house-cleaning of the division in the wake of that 2008 audit. He did not respond to a request for comment.

The Gardner campaign, said the ad means more to highlight the bipartisan effort of the Great Outdoors legislation and not literally both parties.

"The phrase 'both parties' refers to the part in the ad where Larry Kramer says 'we need people in both parties fighting for the environment,' " Gardner spokesman Jerrod Dobkin told Colorado Politics. "Colorado is lucky to have a Republican like Cory Gardner who crosses party lines to get things done and protect our environment for future generations."

Hickenlooper spokeswoman Alyssa Roberts said "while Senator Gardner needs to astroturf a fake environmental group to deceive Coloradans about his toxic pro-polluter record, John Hickenlooper is proud to have earned endorsements from the League of Conservation Voters, the Sierra Club, and other leading environmental organizations who know he's the only candidate who will protect our public lands and fight climate change."

Those showers John Hickenlooper took with his clothes on a decade ago are back on the air again this year, this time in an ad from Republican U.S. Sen. Cory Gardner slamming his Democratic opponent for attacking Gardner's response to the pandemic.