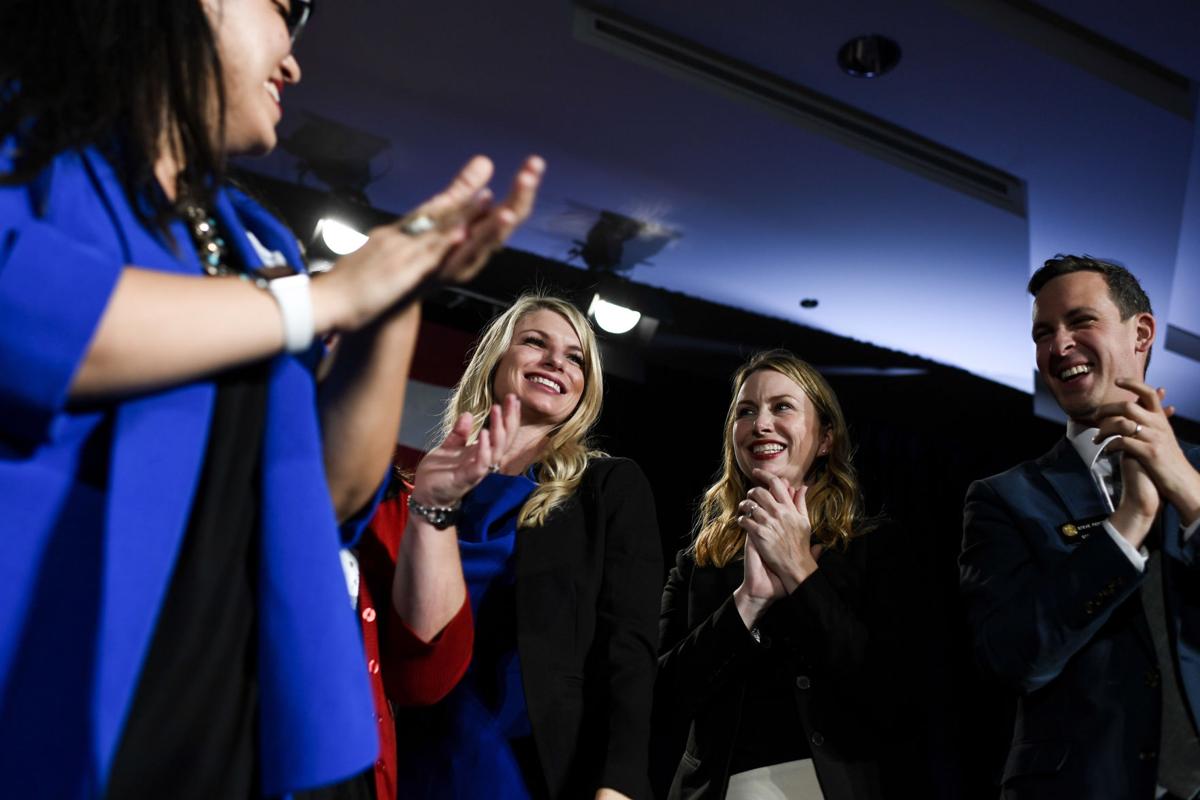 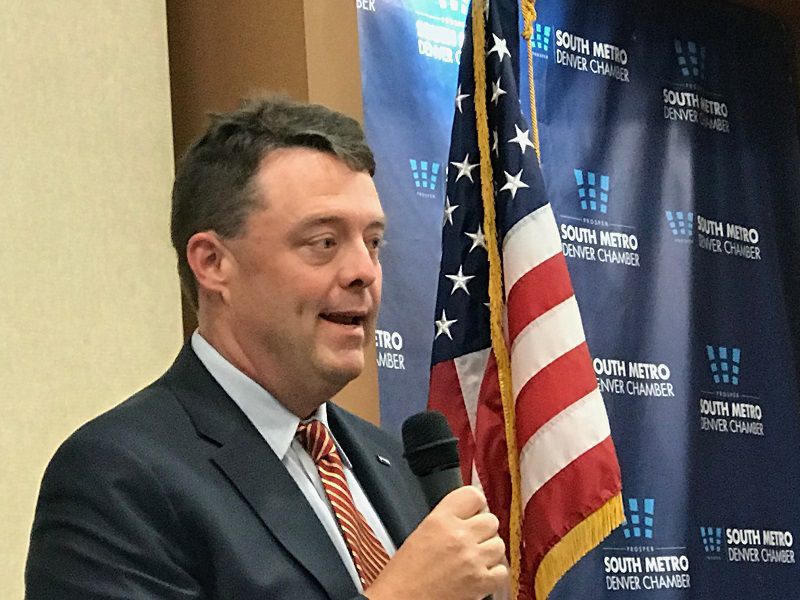 Efforts to recall Democratic state Sens. Pete Lee of Colorado Springs and Brittany Pettersen of Lakewood have come to an end.

Just before 5 p.m. Tuesday, the Secretary of State's Office announced that organizers of both recall efforts had notified the state that they would not turn in recall petition signatures collected for either senator.

The Lee petitions, which were due by 5 p.m. Tuesday, needed 11,306 valid signatures to qualify for a special election to recall the senator.

Lee was elected to his first Senate term last November with a margin of 62% to 38% over his Republican challenger. Before that, he served four terms as a state representative, a rare Democratic state leader from the staunchly conservative Pikes Peak region.

One last petition effort, to recall Senate President Leroy Garcia of Pueblo, is still in progress. Those petitions are not due until Oct. 18.

But those who have tried to recall state lawmakers are now 0-4, with efforts to recall Gov. Jared Polis, Lee, Pettersen and state Rep. Tom Sullivan having failed. State Rep. Rochelle Galindo resigned May 12 as petition signatures still were being collected to recall her.

Now a Centennial legislator is working on legislation to reform the recall process.

Lee told Colorado Politics he is "grateful that the voters in Senate District 11 had soundly rejected a recall effort initiated against me. My sincere thanks and appreciation go out to our friends, volunteers and supporters who worked so hard these past 60 days, knocking on doors, staffing education booths and urging people to 'decline to sign.'

"They have been completely successful. With the defeat of three successive efforts (Lee, Pettersen and Gov. Jared Polis), my hope is that we reaffirm our faith in the electoral process, respect the will of the voters and leave extraordinary measures for extraordinary circumstances. Let's renew our commitment to working together on policies that benefit the people of Colorado. For my part, I will continue to focus on bipartisan solutions to our most pressing problems."

Democracy First Colorado, an issue committee formed to fight the recalls, issued a statement Tuesday, saying: "Once again, a bogus recall effort failed to find support beyond the extremists who hatched the scam. And once again voters who signed those petitions are left to wonder what the grifters intend to do with the personal data they harvested in the effort."

Colorado Democratic Party Chairwoman Morgan Carroll said: “Considering that both Senators Lee and Pettersen won their 2018 elections overwhelmingly by double digits, it is hardly surprising the sore losers running these sham recalls are throwing in the towel. As has been the case with the previous failed recalls, this was never about their votes. These were far-right activists who are upset they lost so badly in 2018 and were desperate for a redo through these ridiculous recalls. The people of SD 11 and SD 22 saw through this sham, which is exactly why they rejected this cynical effort to overthrow their 2018 votes.”

Recall Et Al, which coordinated the efforts, issued a statement Tuesday saying that while the recall movements were stopped, "We are confident in the success of our future efforts to recall both of these elected officials. In the meantime, we will continue to educate the public regarding the party-line politics being played in both districts that completely undermine the will of the people."

When Article XXI of the state Constitution passed in 1912, recalls were designed to remove an elected official for corruption or malfeasance, Tate's statement notes.

"Colorado’s recall laws are one of the more liberal in the United States, permitting the recall of any elected official for any reason," it says. "It’s prudent for us to look at our recall process and ask ourselves, ‘Is this still serving Coloradans the way it is supposed to, or do we need an update to reflect a 21st century political reality?'

“My focus is ensuring that our recall process isn’t creating so much dysfunction that it is hurting our democratic institutions.”

The bill will be known as the Colorado Valuing Open, Truthful and Ethical Recalls (Colorado VOTER) Act. If adopted and signed by the governor, it would change only state statutes, but not the Constitution, and hence would not need voter approval.

It would require that:

• Taxpayer-funded ballot language is factual. Petition recall statements ("statement of grounds") could not contain unlawful or defamatory language and would be limited to statements of verifiable fact.

• Citizens’ right to representation is protected when a legislator is subject to a recall. The law would restrict the filing or circulation of a recall petition of a legislator during the 120 days when the General Assembly is in session, "reducing the amount of disruption a recall can cause when lawmakers are at the Capitol." Current law allows a recall petition against a state lawmaker to start as early as five days after being sworn into office, just after the session starts.

• The cost of recalls is fully disclosed so voters can make informed decisions. "The measure requires the recall petition to include a disclosure of the estimated taxpayer cost to administer the petition campaign and a recall election, if the petition campaign is successful." The 2013 recall of state Sen. Angela Giron, D-Pueblo, cost Pueblo taxpayers $270,000, according to Senate President Leroy Garcia, who represents the same district and is also now targeted for a recall.

The biggest cost is running the election, not circulating petitions, Tate told Colorado Politics. "It's transparency reform. It's about factual information, not political rhetoric" and "an effort to balance the right of citizens, who have the right to recall elected officials. At the same time, citizens have a right to have their elected official make tough decisions and investigate policy issues without the distraction of a recall during the session."

Also beating the drum for recall reform is Sullivan, who lost to Tate in the 2016 general election but won a seat in the House in the 2018 election.

The recall effort against Sullivan was withdrawn a month into the 60-day petition process by its organizer, state GOP vice-chairwoman Kristi Burton Brown.

In announcing the withdrawal, Burton Brown noted that more than $100,000 was raised to fight the recall effort against Sullivan. Since then, Democratic-aligned groups fighting recalls against Democratic lawmakers, including the recently failed effort against Polis, have raised more than $879,000, compared with less than $100,000 for the two committees that held petition drives to recall Polis.

CORRECTION: A previous version of this story misstated the number of House terms served by Lee.

Backers of a proposed recall of Colorado state Rep. Tom Sullivan over his support for a gun-control measure are ending the effort.