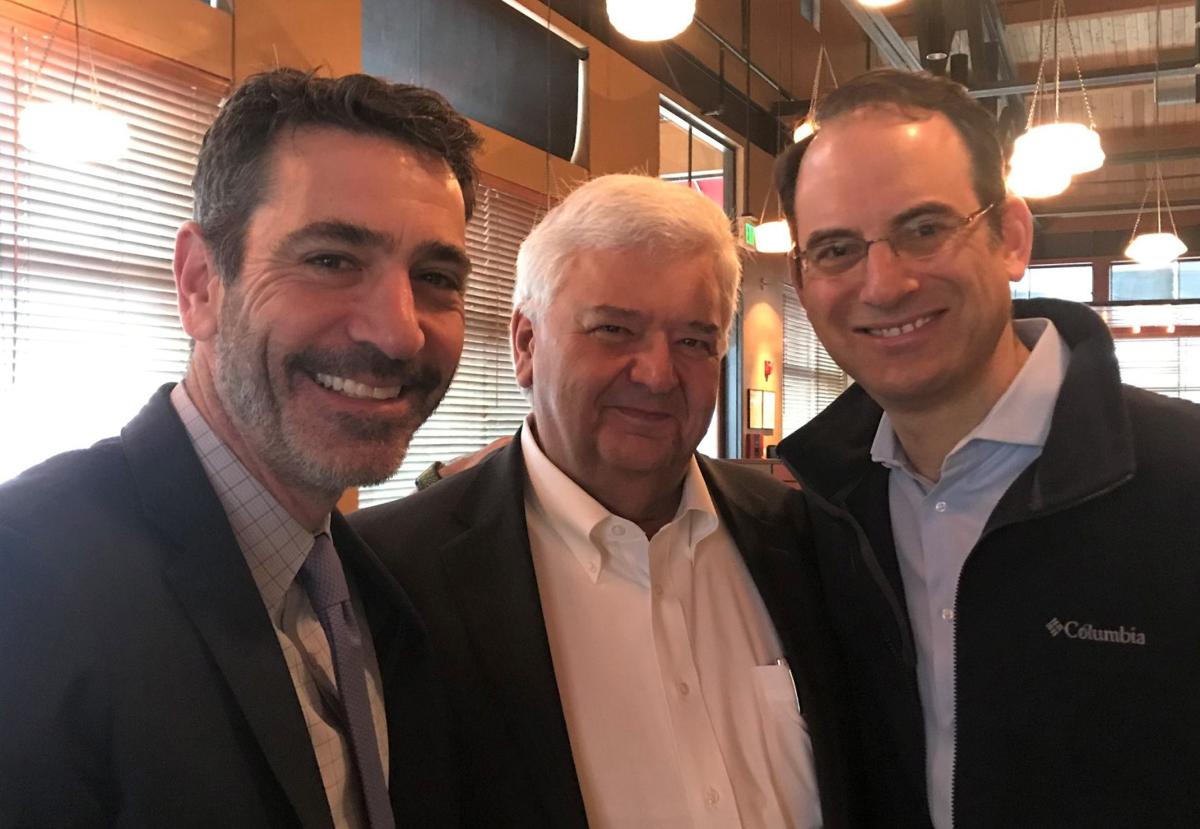 Racines has always been a gathering place for political powerhouses, including this year when attorney David Foster, developer Bob Lembke and Attorney General Phil Weiser posed for a picture. 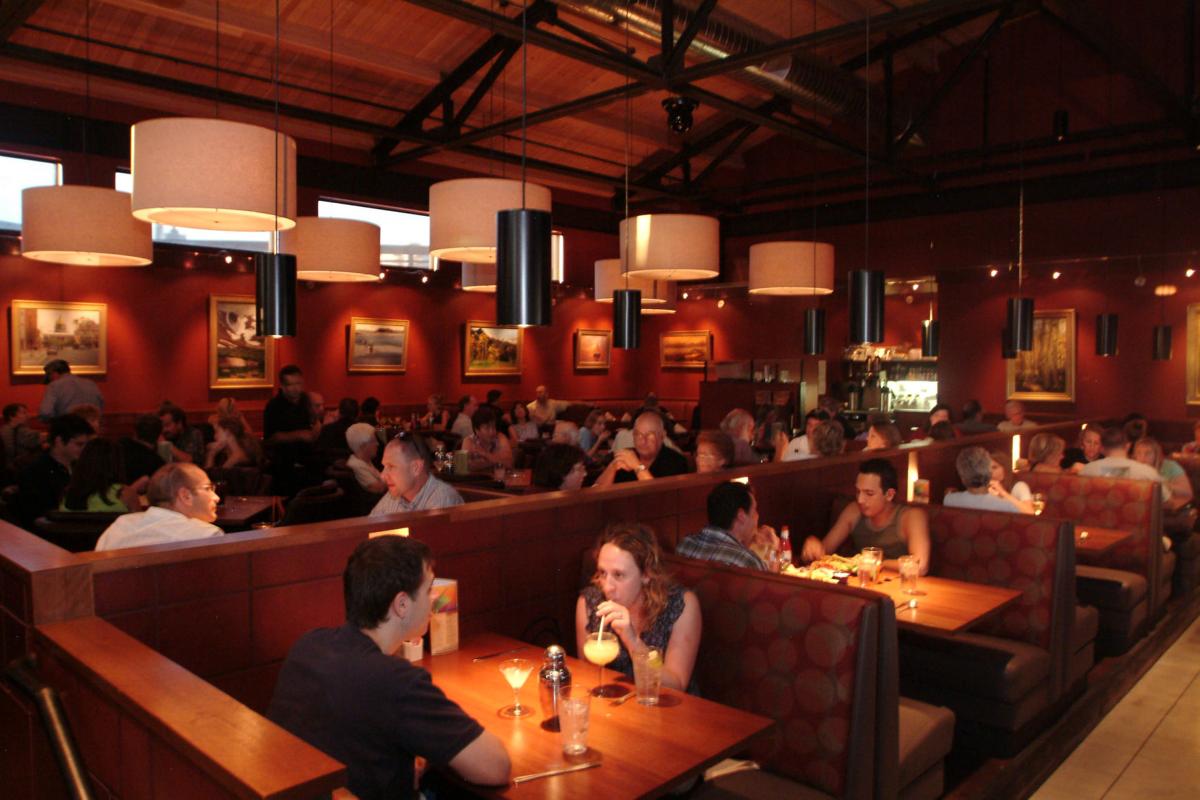 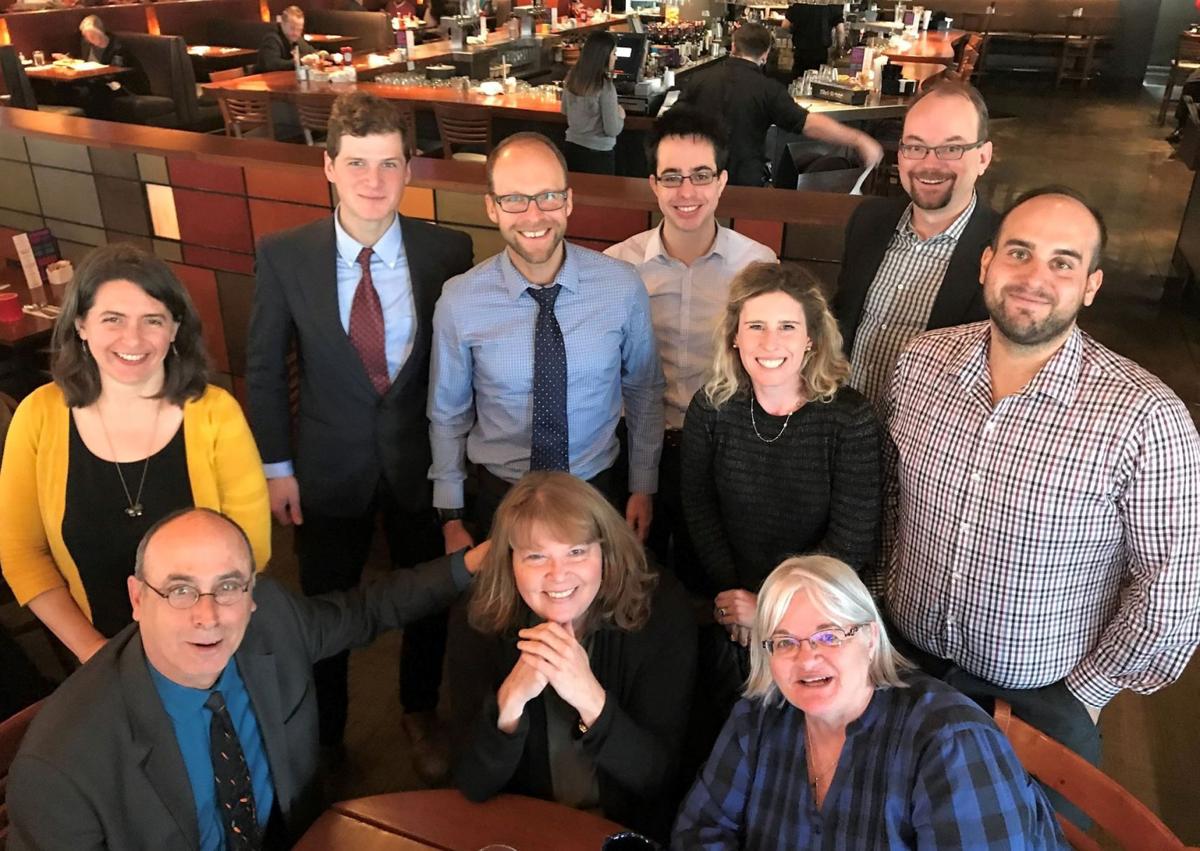 In recent years, current and former members of the Capitol Press Corps have been gathering for a group breakfast before the start of the legislative session. This picture was taken in January 2018.
1 of 3

Racines has always been a gathering place for political powerhouses, including this year when attorney David Foster, developer Bob Lembke and Attorney General Phil Weiser posed for a picture.

In recent years, current and former members of the Capitol Press Corps have been gathering for a group breakfast before the start of the legislative session. This picture was taken in January 2018.

No restaurant in central Denver has more of a legacy for politicians and politico-watchers than Racines. But the longtime hangout for political denizens is no more.

Goodfriend and Racine had decided to sell the site earlier this year, but said they would reopen when possible as a farewell send-off for staff and customers, and then would close for good on Jan. 15, 2021.

But Tuesday, that timeline sped up.

With the closure, Goodfriend and Racine end 40 years in Denver's restaurant business. Along with a third partner, the late Dixon Staples, who died in 2004, the trio owned three restaurants: Goodfriends on East Colfax, Racines at 650 Sherman Street and Dixon's on the 16th Street Mall. Goodfriends closed in 2008, sold to become Annie's Cafe. Dixon's closed in 2011 after the lease was set to expire.

Goodfriend told Colorado Politics that she and Racine have known for quite a while they wouldn't re-open, but the toughest part was telling the employees.

She also recounted some of her favorite stories from her time in the restaurant industry. One of those times was at Dixon's during the 2008 Democratic National Convention. "It was just cool," she said. "The energy downtown, how the 16th Street Mall was full of people in a different way than I'd ever seen it."

During the 1980s, when Roy Romer was running for governor, Goodfriend said he basically ran his campaign, which she dubbed the "oatmeal tour," from a booth at Racines.

"He had oatmeal all the time," Goodfriend said.

One day, Don Mares was in the restaurant shortly after losing to John Hickenlooper in the Denver mayor's race. Hickenlooper walked in, and Goodfriend told him Mares was there. He made a beeline for Mares' table to talk to him, Goodfriend recounted.

Goodfriend said her political leanings are liberal, as she said is common among the city's restaurant owners and workers, but she insisted that everyone be treated as welcome customers. That applied one day to Sen. Cory Gardner. One of the waiters asked her if he had to serve him. Goodfriend said she replied that "Not only will you wait on him but you will be gracious. You will treat him like an honored guest."

In a Facebook post earlier Tuesday, Goodfriend and Racine said "it is with profound sadness that David and I have decided not to reopen Racines. There is just too much working against us. We hope that our beloved guests continue to support independent restaurants. They truly need our help to survive. Thank you for the support over the last 40 years. It's been so much fun. The hard work was worth it and it's time to retire and enjoy the slower paced life. We will miss our treasured guests. We are trying to help place our fantastic staff. Love to all of you and many thanks."

Among those in mourning was Lonnie Hanzon, who designed the sculpture Evolution of the Ball at Coors Field. Hanzon commented that he was sad there would be no "long goodbye" and thanked the duo for "all the years of good food and company."

Former 9News entertainment critic Kirk Montgomery, now in Michigan, sent his regards from "the mitten of Michigan" adding that the restaurant held "so many memories."

U.S. Rep. Diana DeGette said in April that it would be hard to imagine Denver without Racines.

Tim Jackson, head of the Colorado Auto Dealer's Association, said he was Racine's first customer when it moved from 850 Bannock to 650 Sherman at 7 a.m. Monday, May 10, 2004. He had had hoped to be last out the door when they closed for good in January.

"I think I’ve been their best customer since. At least that’s my goal. Some days I’ve visited Racines for two or even three meetings," Jackson told Colorado Politics. "I’m very saddened that Racines won’t re-open. It will not be replaced. We can all find a new favorite place, though none will ever be as good as Racines, in my humble opinion."

The Racines site is slated to become an apartment building. According to the Denver Business Journal, the developer, AvalonBay Communities Inc., has proposed a 13-story, 418-unit apartment building that will cover much of the 600 block of Sherman Street.

Goodfriend told the Denver Business Journal in May that the decision to close was based on factors other than the pandemic. “While rising labor costs, property-tax increases, the labor shortage and governmental intrusion all factored into this bittersweet decision, it’s really about retirement and having the chance to travel and enjoy our lives that have been consumed by this business.

"I can't get in trouble for my big mouth anymore," Goodfriend joked.