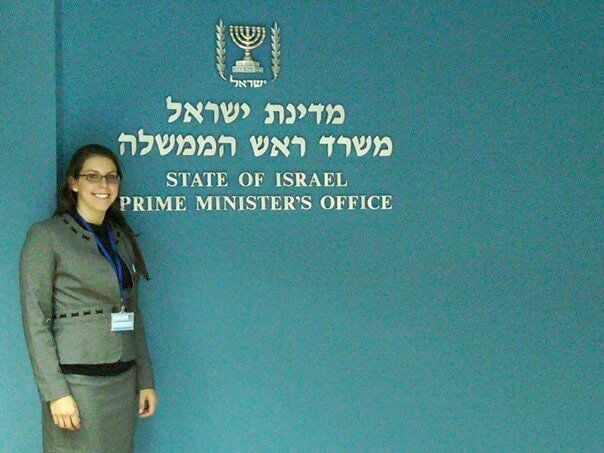 Lindsey Singer, spokeswoman for Colorado Rising State Action, at Israeli prime minister's office at part of a former life before she returned to her native Colorado. 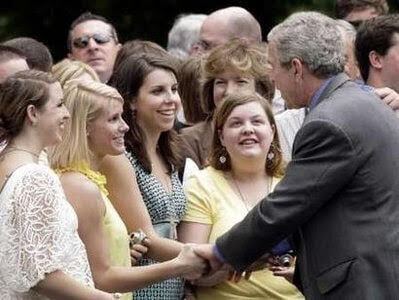 Lindsey Singer, third from the right, was an intern in the White House during the last year of George W. Bush's presidency. 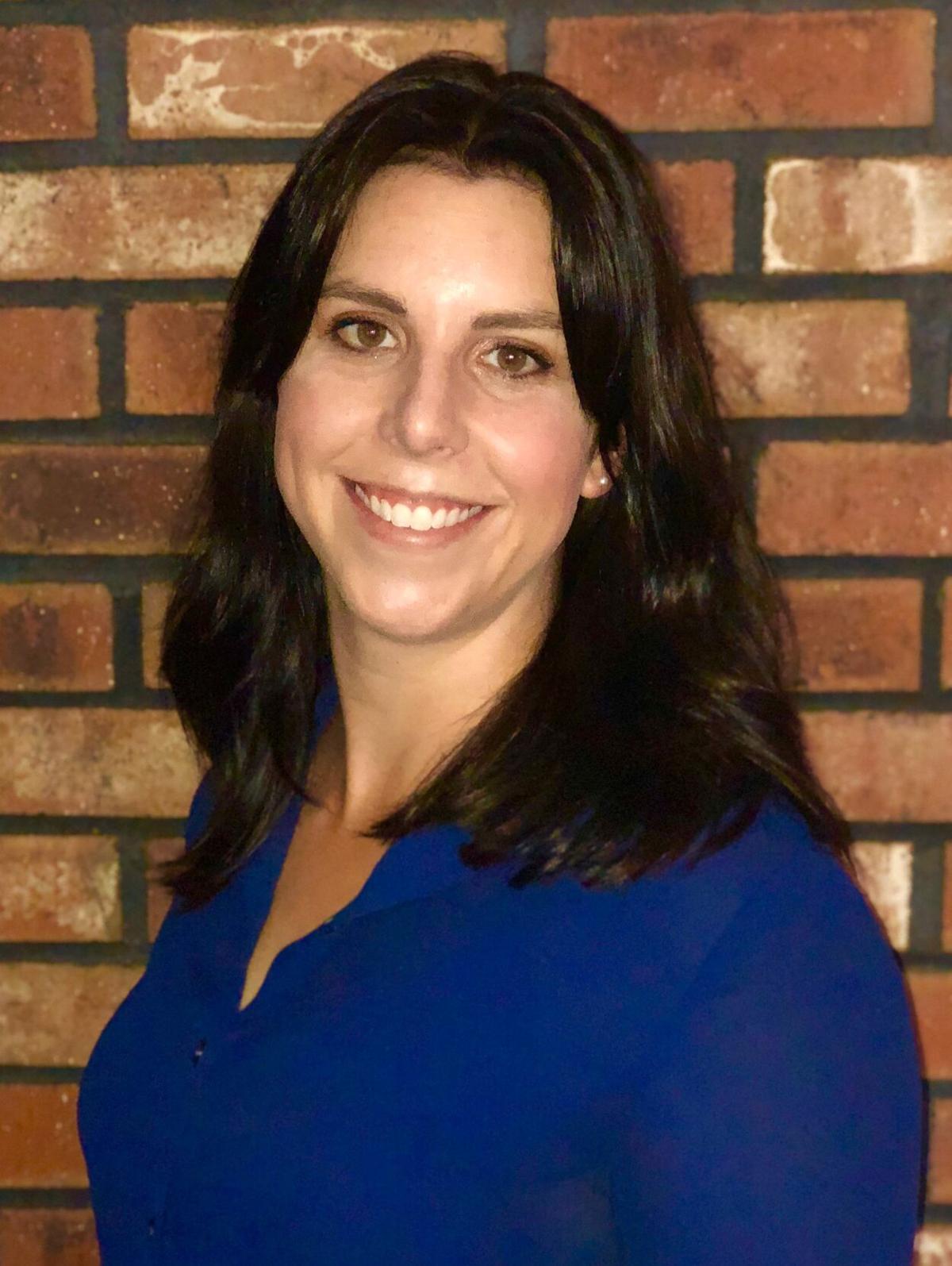 Lindsey Singer, spokeswoman for Colorado Rising State Action, at Israeli prime minister's office at part of a former life before she returned to her native Colorado.

Lindsey Singer, third from the right, was an intern in the White House during the last year of George W. Bush's presidency.

Lindsey Singer speaks from the right point of view, speaking up on issues of concern to conservatives on a statewide scale as the spokeswoman for Colorado Rising State Action, "focused on holding liberal groups and their special interest networks accountable and advancing conservative principles," as the advocacy organization states in its mission.

The organization, led by Michael Fields, is leading the charge against Amendment B, the repeal of the Gallagher Amendment. It's driving the campaign to pass Proposition 117, which would allow voters to approve major government fees, just as they do new taxes under the Taxpayer's Bill of Rights, as well as Proposition 116 to cut Colorado's income tax from 4.63% to 4.55%.

Colorado Politics: Why do you live in Colorado?

Lindsey Singer: Since it’s the height of campaign season and I work in politics, I should start by saying that I’m a third-generation Coloradan. My grandparents were fundamental in protecting a lot of the open space around Boulder in the 1960s that has made it such a desirable place to live. My mom was in one of the first classes to graduate from the brand new Fairview High School in 1975, and I followed in the Class of 2005. Go Knights!

As an adult, I spent several years living in other places before coming back home to Colorado in 2018. This gave me a fresh appreciation for our way of life in Colorado and the incredible access to outdoor activities. Obviously, a lot of other people have also realized how great it is here, which means we sit in traffic a lot more than when I was growing up. But it’s an amazing place to live and raise a family.

Colorado Politics:  What drew you to work in politics?

Lindsey Singer: I was first drawn into working in politics mainly because of the consequences that Obama’s foreign policy agenda were having on our country and on our ally Israel. I worked at the Embassy of Israel in Washington, D.C., around that time, and in addition to a personal connection because of my Jewish faith, the importance of Israel as the only thriving Democracy in a tumultuous Middle East really resonates with me. The messages that President Obama was sending were empowering dangerous regimes whose stated goal is global domination and the destruction of Israel. The recent Abraham Accords are proof of how big of a failure Obama’s foreign policy agenda was.

I really hate how charged and partisan the political environment is, but I continue working in politics because every election cycle there seems to be more on the line. Conservatives don’t always do a good job of messaging their views on the need for less government interference and the opportunities that conservative principles afford to everyone. Growing up in the Boulder Bubble I think made me very conscious of the need to have diverse voices as part of the conversation to balance out the left's echo chamber.

Colorado Politics: How would you describe your personal politics, and how does it influence your work?

Lindsey Singer: "Live and let live" is the phrase I’d use to sum up my personal politics. To me, this means focusing on your own life and priorities, and letting other people do the same. Basically, the opposite of the “cancel culture” way of looking at things. I think the role of government should be much, much smaller than what we have now. We’ve given up too much of our control over our lives, and we rely on the government for too much. Also, there aren’t anywhere near enough politicians who truly view their role as an elected official as being a public servant to the people.

Around this time in a big election year like this one, the messages we’re constantly hearing are about how terrible things are, and that the only hope for the future is to give the government more money to create more programs that will finally solve all of our problems. I don’t buy that. Colorado’s $30 billion budget grows by billions every year, and that’s not just a product of population growth — we’re all paying more taxes (and fees) every year. Our crumbling roads and education funding have been “top priorities” of elected officials on both sides of the aisle for at least a decade at this point. But somehow the new money that comes in keeps finding other ways to be spent.

We’re fortunate to have TABOR in Colorado. I love the idea that the decision to grow our state government has to be approved by a majority of voters. More states should do it. Unfortunately, legislators have found a loophole in abusing the enterprise system by using the word fee to avoid voters’ approval to increase revenue. That’s why one of our major initiatives for this election is Proposition 117 – Vote on Fees – which strengthens TABOR by asking voter approval on some massive “fee” increases in the future.

Lindsey Singer: Colorado Rising State Action, as the name suggests, is focused just on local Colorado candidates and issues. We split our focus between national and local issues and races, but the Colorado Rising Network, as a whole, is about advancing conservative principles in Colorado and holding liberal groups and politicians accountable. There’s a strong and established network of Democrat organizations in the state, and the Republican side hasn’t been quite as strong in this area. But we’re seeing that change, and our organization plays a big role in the conservative ecosystem.

Colorado Politics: How do you think conservatives compete in a state fading to blue?

Lindsey Singer:  I think it’s interesting that Coloradans are electing more Democrats, but they aren’t voting to give them more money. Things work better when there’s some balance in government, and I think people are going to start to realize that in the next few years. We’re already seeing some overstep as a consequence of a one-sided system in the new COGCC regulations for 2,000-foot oil and gas setbacks. In 2018 a large majority of Coloradans – Republicans and Democrats – voted specifically against these setbacks, and in 2019 the legislature took steps to implement them anyway. When something fails at the ballot box like setbacks did, I think it’s really disingenuous for politicians to then say they’re acting in the interest of their constituents.

Why is it that when the legislature is in session and someone is trying to get support for their bill, they’ll brag that it was bipartisan, or that they took the advice of stakeholders? It’s because diverse opinions make things better! Coloradans deserve to hear both sides on the issues, so it’s really important that we don’t stop talking about them. I’ve seen Colorado happier, healthier and more balanced when it’s purple.

Colorado Politics: The ethics investigation violation against John Hickenlooper seem to be dominating the U.S. Senate race from the right. How do you view the strategy?

Lindsey Singer: John Hickenlooper’s years of unethical behavior and violations of our state’s ethics laws finally caught up with him. Only six out of close to 100 instances of possible violations were investigated because of a one-year statute of limitations, and he was still found to have violated Colorado law twice. Because of this investigation, Coloradans also learned that Hickenlooper had been using a federal post-9/11 economic recovery fund that was meant for “essential services” instead for his personal benefit throughout his time in office, and had approved it to be used to pay his legal fees in the ethics case to the tune of $150,000. The investigation, and the way Hickenlooper handled himself throughout, showed Coloradans the man behind the folksy exterior. It’s obvious from the polling numbers that they didn’t like what they saw.

The director of legislative affairs for Colorado Voters for Animals, Roland Halpern, shares what animal-centric bills will be back before the legislature in the 2021 session.

"A city’s character has a lot to do with the entrepreneurial imagination of its people": The president of the Colorado Senate talks about what makes Pueblo unique.

The Democratic state representative for Pueblo's District 46 in the Colorado House from 2008-2012 talks with Colorado Politics about his work with the cannabis industry, and what distinguishes Pueblo Democrats from Denver or Boulder Democrats.

Tom Perille, a retired physician and board-certified internist who practiced medicine in the Denver area for over 30 years, explains why he's a Democrat despite his staunch pro-life stance.

The conservative advocacy organization is dropping the language for a tax decrease on the statewide ballot.

The 120-day session is expected to adjourn quickly and return once the COVID-19 crisis abates, leaving the wreckage of the state budget. But many of its economic problems remain the same, the outline from Colorado Rising State Action indicates, including tax policy, government overreach, health care, education, energy and transportation.