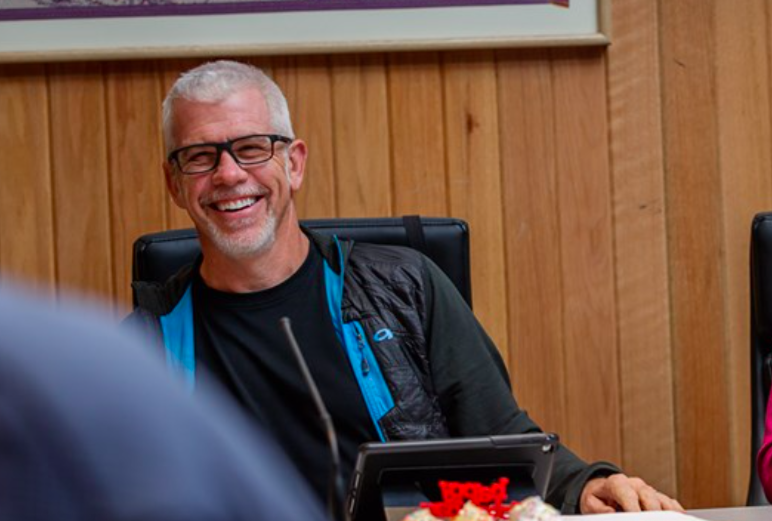 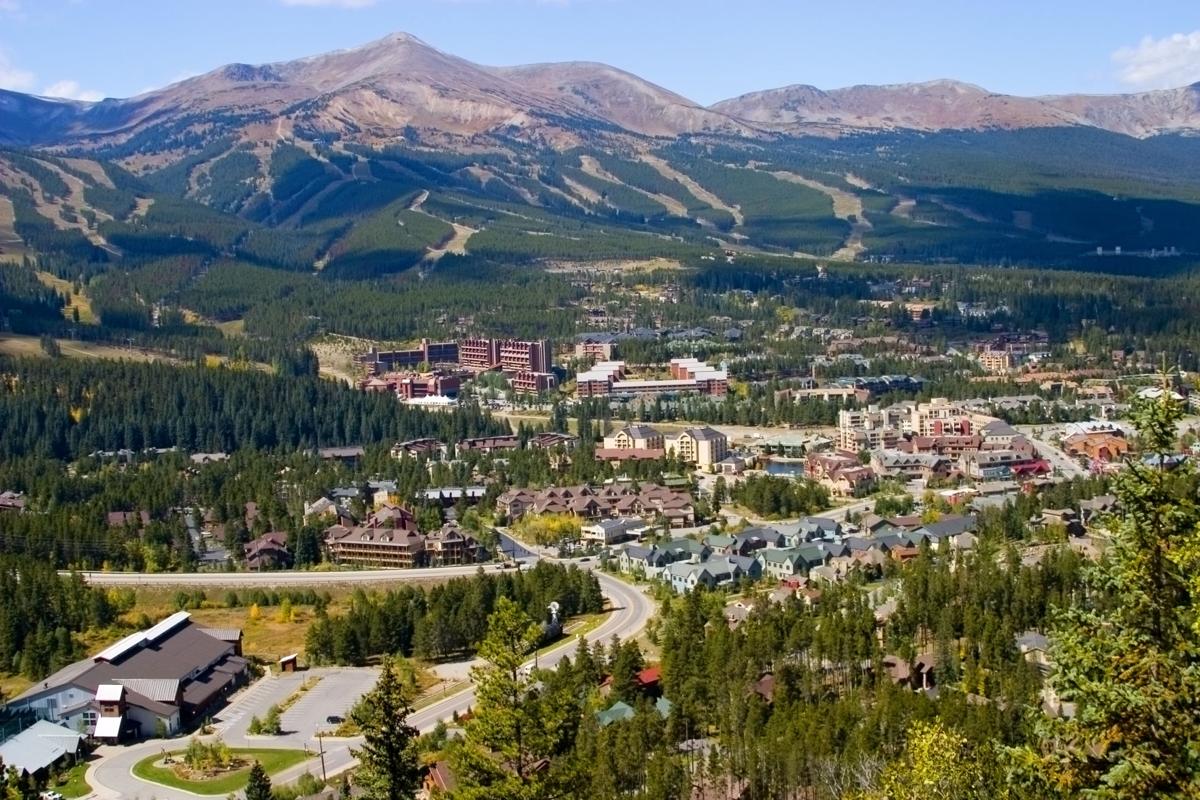 Aerial photo of Breckenridge in autumn.

"People might think we're a small town, but we operate like a mid-level city," Eric Mamula, Breckenridge's mayor since 2016, tells us in this week's Q&A.

Such is the challenge of presiding over a municipal government that seeks to keep things quaint and cozy in the historic Summit County community — while also taking care of business to accommodate droves of powder-hound skiers, avid mountain bikers and other tourists.

Read on as Mamula talks about finding the right balance between those competing priorities. He also tells us how running a small business — a longtime local eatery — gives him some perspective as an elected official. And he reflects on the insight he continues to glean from his father — who served as mayor in Breckenridge the better part of two decades ago.

Colorado Politics: Breckenridge is a fairly small town with about 5,000 residents. Yet, it’s home to a world-class winter-sports resort; it’s a short drive (on some days) from the Denver metro area, and it’s in the middle of the nation’s No. 1 skiing state. Meaning, your community is regularly inundated by day-trippers, overnighters and part-time condo and vacation home dwellers who come to recreate year-round.

That must pose some special challenges to a small-town City Hall. How do you handle it on a limited budget?

Eric Mamula: The Town of Breckenridge relies mainly on sales tax to fund our budget. Because we are so busy, we have a budget that can handle the tasks we need to accomplish to keep our town running smoothly. It also gives us the opportunity to build things for the locals, like our recreation center and trail system, that also offer a great amenity to our guests. We’re always investing in infrastructure.

People might think that we’re a small town, but we operate like a mid-level city because of the influx of visitors.

CP: You’re probably not the first small-town mayor to host meet-and-greets over coffee with ordinary locals — but you might be among the few to have done it at the bottom of a ski slope. It’s sort of folksy-meets-hip.

Do longtime residents like you want a little more of the folksy — i.e., for local government to buffer them a bit more from the booming tourism industry and somehow preserve something of a small-town feel? What role do you believe City Hall should play in finding a balance, and is your “Coffee Talk” one such effort along those lines?

Mamula: I believe that it's up to the council to keep the character of the community intact. Many of us moved here a long time ago when the town was small, and it’s important for us to try to keep that feel. This is really why we’ve invested so heavily in the historic district and attainable housing for locals so that people can live here and keep the small-town vibe going.

The “Coffee Talks” are outreach to our permanent residents, second-home owners, and even visitors, to head off any potential issues in a casual setting. We do Coffee Talks so that people can have the one-on-one conversation that they want to have about their issues without having to show up at a council meeting where they might feel uncomfortable talking in public. We sometimes add on skiing and mountain biking because that’s just what we love to do.

CP: The City Council wasn’t too happy recently about Federal Communications Commission rules clearing the way for proliferating 5G wireless broadband transmitters right through the middle of Breckenridge’s historic downtown. Even your Conservation District might have to give way for the 5G poles.  At a recent council meeting you said you would rather not have 5G if it means 30-foot poles all over town. In making policy in general, would you pick historic preservation over technological progress if it comes down to a choice?

Mamula: I should first clarify that a judge recently struck down parts of that decision [requiring municipalities to make way for 5G expansion].

We’ve spent way too much time and effort as a community on our historic preservation to allow technology to ruin what we’ve fought for. Technology advances so rapidly that to think a 30-foot pole is the cutting edge of tech feels like jumping the gun to me. That’s not to say that we’re anti-tech; in fact we’re constructing our own fiber-optic network, but we think the two can be done hand in hand. We buried all of our utilities a long time ago and have a good track record with being progressive and preserving our values.

CP: In a recent commentary for the Summit Daily, you criticized proposed federal funding cuts for land conservation and environmental protection, and you noted, “Our community is inextricably linked to the public lands that surround us.” Indeed, the federal government is the next-door neighbor of a lot of towns in Colorado’s high country. How does that proximity affect your policy making at City Hall?

Mamula: We have an awesome relationship with our local [U.S. Forest Service] representatives. However, there are a lot of decisions that are made on a federal level that impact us directly that we have no say in. It makes it difficult when you rely so heavily on the forest and the Forest Service, and you feel like you have no voice. We are able to collaborate on a lot of things locally, but we still hit impasses at the federal level.

CP: Does being a small-business owner of a popular Breckenridge eatery give you some insight as mayor into how local government might help — or in some cases, get out of the way of — local businesses on issues like taxation and regulation?

Mamula: Having a business for 30 years in a small town gives you access to the wide range of public sentiment. It has also helped me better understand the nuances of the economy of a mountain town.

CP: Your dad, Sam Mamula, served as mayor until 2004. He was recognized for his service to Breckenridge that year by then-U.S. Rep. Mark Udall, who in remarks before Congress praised the former mayor’s efforts on behalf of affordable housing and cleaner air. Did his views on policy issues influence yours, and did his tenure as mayor inspire you to run for council and eventually for mayor yourself? What did you learn from him about the job?

Mamula: My dad has definitely influenced me. Things like affordable housing and cleaner air are really values of our community that my dad was part of. I still talk to my dad regularly and go to him for advice, but the town has changed so much since he was mayor that I can’t just rely on his knowledge to make decisions. I seek advice from a number of longtime locals in my decision making.

CP: What are the top priorities you want to address as mayor — the things you hope to accomplish before leaving office?

Mamula: Building an in-town parking structure in partnership with Vail Resorts. Securing our water future with our new second water treatment plant. Finishing our fiber-optic system. Mostly importantly, though, trying to keep Breckenridge accessible, attainable, and fun for the people who live here.

Q&A with Cheri Jahn | True to her district, true to herself

Jahn has taken up a new calling in the state’s movement to combat substance abuse while also assisting another movement — to cultivate and champion independent-minded candidates.

A lot of elected officials will tell you they're in it for the policy, not the politics — but Fort Collins Mayor Wade Troxell says it with an engineer's conviction.

Q&A with Brad Evans | Exposing Denver at its 'FUGLY'-est

Denver impresario and civic enthusiast Brad Evans started the Facebook group Denver FUGLY to give fellow Denverites a place to vent their wide-ranging gripes about the shape, scope and, especially, the look of the city's explosive growth and development.

Since 2007, Kraska has led the Colorado Catholic Conference, the voice of the state's bishops.

Q&A with Shawn Martini | Tilling the soil for Colorado agriculture

As a leading voice for Colorado agriculture at the legislature and beyond, Martini shares insights on big ag issues like trade, water, takings, the future of farming and more.

Q&A with Michal Rosenoer | Empowering women to run for office

"Misogyny and bigotry are ingrained within our political and institutional systems at all levels," Michal Rosenoer tells us.

Q&A with Penn Pfiffner | On standing up for freedom, and TABOR

Pfiffner served as a Republican state representative in the 1990s and has become a distinctive advocate for TABOR and limited government.

An interview with the former Denver mayor and two-time Clinton Cabinet member.

Q&A with Evelyn Lim | Providing a pathway out of poverty

The sky-high cost of housing along much of the Front Range can put just about any household's budget to the test, and that's exponentially so for the region's poorest residents. Enter Evelyn Lim.