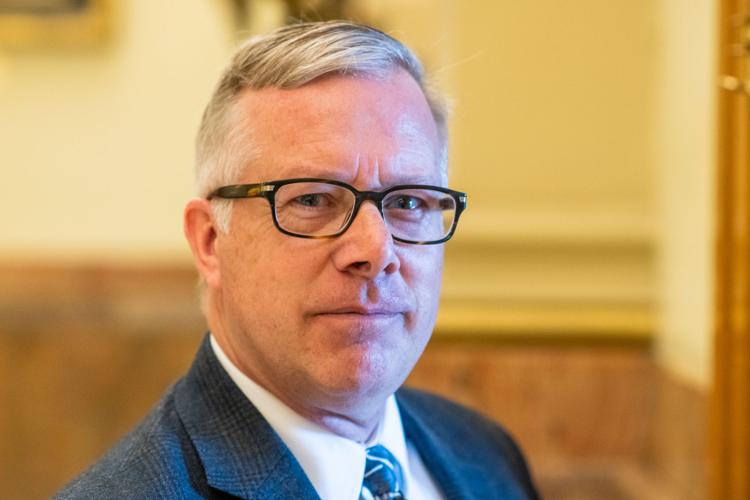 This is allegedly Eric Bergman, policy director for Colorado Counties, Inc., but the lack of a smile makes it a little suspicious.  (file photo, Andy Colwell for Colorado Politics) 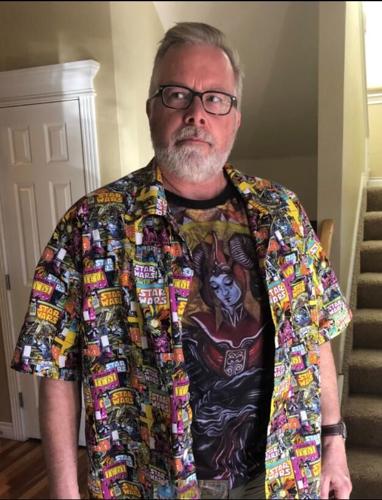 A slightly less suspicious photo of Eric Bergman, policy director for Colorado Counties, Inc. Photo courtesy Eric Bergman, who allows himself to be photographed this way. 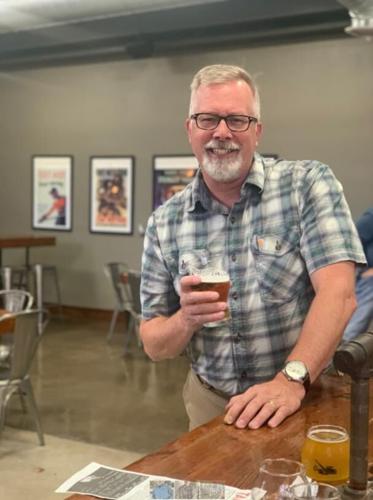 A much more recognizable photo (for more than one reason) of Eric Bergman, policy director for Colorado Counties, Inc. Photo courtesy Eric Bergman.

This is allegedly Eric Bergman, policy director for Colorado Counties, Inc., but the lack of a smile makes it a little suspicious.  (file photo, Andy Colwell for Colorado Politics)

A slightly less suspicious photo of Eric Bergman, policy director for Colorado Counties, Inc. Photo courtesy Eric Bergman, who allows himself to be photographed this way.

If you have not met Eric Bergman, then you haven't spent much time at the Colorado Capitol.

Bergman is the policy director for Colorado Counties Inc., a nonprofit that advocates for county commissions and encourages counties to work together.

He's worked for CCI for 16 years and today serves primarily as its chief lobbyist.

To insiders under the Gold Dome in Denver, he is the court jester, quick with a quip to lighten what can be intense moods.

In 2019, he was listed among Colorado Politics' top 10 "influencers" in state government.

Among his other accolades, Bergman was appointed by then-Gov. John Hickenlooper in 2012 to the task force that create the first regulatory framework for recreational marijuana in the country. He also is the former director of governmental affairs for Great Outdoors Colorado, the voter-created agencies that invests proceeds from the state lottery into open spaces, parks and other opportunities for people to enjoy Colorado's flora and fauna.

Nonetheless, he claims he is the biggest nerd one might ever meet.

And he came by his negotiating skills early in life.

Bergman grew up in a household with four generations, including him, his brother, Jason, his parents, two grandparents and one great-grandmother, "all living together in semi-harmony."

He explained, as only he would, "It was basically Charlie’s house in 'Willy Wonka,' but with a lot more alcohol and swearing."

After college, his first job was with a personal injury lawyer.

""You know when you see those TV ads 'Have you been injured in an accident?' and you call that 1-800 number?" he said.  "I was the guy who answered the phone."

A native of Woodland Park, Bergman earned a bachelor's in philosophy from University of Colorado Boulder and a master's in environmental studies from Evergreen State College in Washington state.

Eric Bergman: Truth be told, I really don’t consider myself a lobbyist. I’m a policy wonk at heart, and I’m pretty good at relationship building — which is about 90% of what lobbying is. And I love the sound of my own voice — my wife likes to say that I talk for a living and she isn’t wrong. I was introduced to local politics at a pretty early age — my late grandfather Bob Bergman was a two-term county commissioner in Teller County back in the 1980s. He was a TV repairman and amateur meteorologist and got into politics late in life, and he was really good at it. When I was in grad school in Olympia, Washington, I landed an internship with the Washington State Association of Counties, and I’ve basically been working with local governments ever since.

CP: Why CCI? What have you learned about Colorado from working with CCI? Where were you before that?

Bergman: We’re a family at CCI. I’ve been with the counties for almost 16 years now, and we have one of the best policy teams in the business. Gini Pingenot (CCI external affairs director) is the one of the foremost experts in the state on the Gallagher and TABOR amendments. She’s forgotten more about local tax policy than most of us will ever learn in our lifetimes. And our executive director, John Swartout, is one of the most respected policy strategists working in government today. The fact that John worked for both Gov. Bill Owens and Gov. John Hickenlooper speaks volumes about his bipartisan approach to problem solving and his reputation as a consensus builder.

Watching my county commissioners this past year during the COVID pandemic, I’ve never been prouder to work for these people. County health departments were the frontline response during the pandemic and my members were responsible for shaping, implementing and enforcing every aspect of the response: activating emergency response plans, locating personal protective equipment for first responders and medical personnel, developing economic recovery plans for small businesses, protecting those most vulnerable to COVID-19, developing vaccination plans and providing constant updates to citizens through social media and virtual town hall meetings. It all had to be done in incredibly compressed timeframes and against an ever-changing backdrop of state and federal guidance and regulations. And don’t forget that many of my members were doing all of this while also juggling childcare responsibilities and other personal COVID challenges. I literally had one commissioner who was “living in a van down by the river,” because his elderly parents were living in his house and he didn’t want to possibly infect them. The sacrifices were real, and I’m still in awe of the amazing job these elected officials did for their communities.

Prior to CCI I was with the Colorado Department of Local Affairs for about seven years running grant programs and providing technical assistance in land use planning and growth management to local governments. All told I’ve got about 25 years in this policy arena.

CP:  Where did that legendary sense of humor come from? How do your colleagues put up with you? Do they tie you down to a chair from time to time?

Bergman: I’m not even considered the funny one in my own family. My brother, Jason, is the funny one. Growing up in our house we were raised on a steady diet of comedy: Carson, Letterman, Bob Newhart, "M*A*S*H," "Soap," "All in the Family," "Saturday Night Live," "Second City Television" and "The Carol Burnett Show." My brother and I watched it all, and obviously some of it stuck.

A sense of humor comes in handy in this line of work, and nothing makes me happier than making people laugh. It’s also a great way to break down walls and “cut the green wire” during tense negotiations on bills. As for my poor coworkers and my wife, they basically deserve medals for putting up with me on a daily basis.

CP: What's your favorite and least favorite moments from this past session?

Bergman: Favorite moment: Senate President Leroy Garcia and Senate Minority Leader Chris Holbert performing the national anthem and “America the Beautiful” on the Senate floor on the opening day of session. It was a really nice bipartisan moment that set the right tone for the session; just bummed they couldn’t hear me yelling “Freebird!” from up in the gallery.

Least favorite moment: Saying goodbye to Rep. Jeni James Arndt (who left mid-session to become mayor of Fort Collins). She was a dear friend, and I miss her pragmatism and plain sense-approach to making laws.