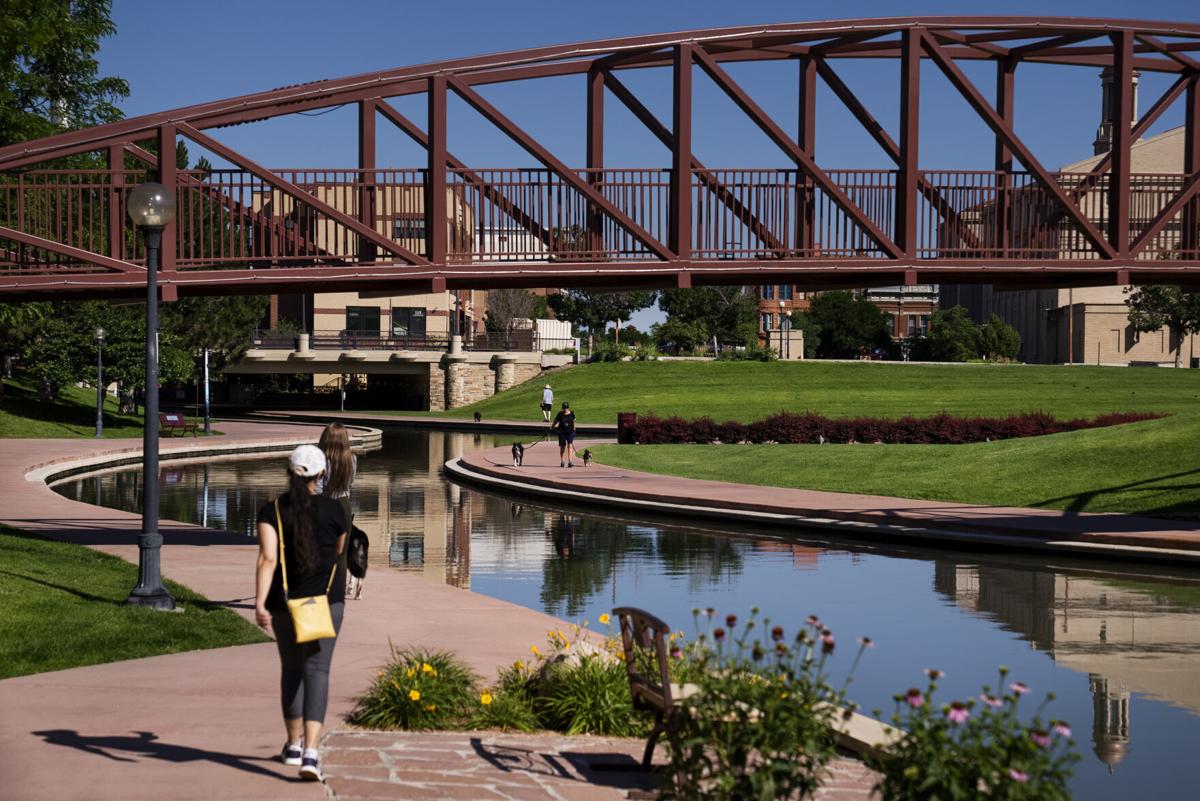 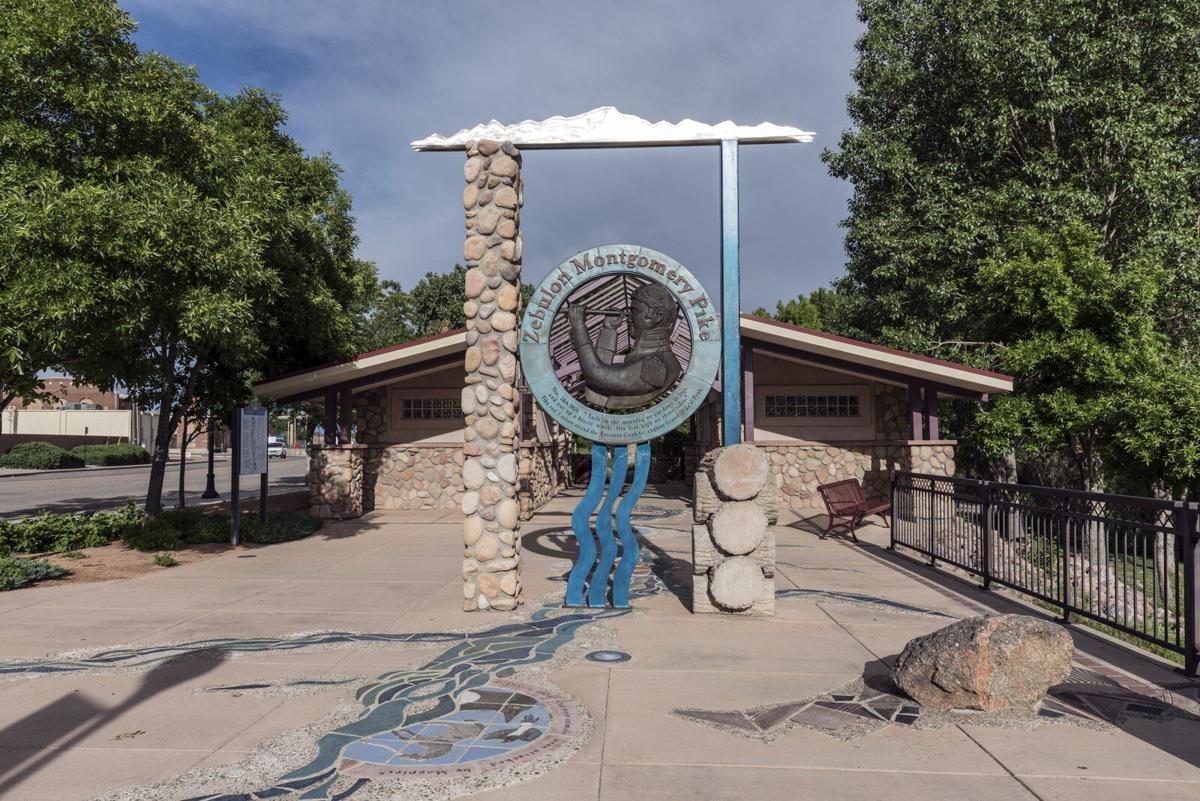 A marker identifies the spot where, in 1806, Rocky Mountain explorer Zebulon Pike once camped, next to what is now the Historic Arkansas Riverwalk, a 32-acre urban waterfront with excursion and gondola boat rides, food, festivals and entertainment that winds through downtown Pueblo. 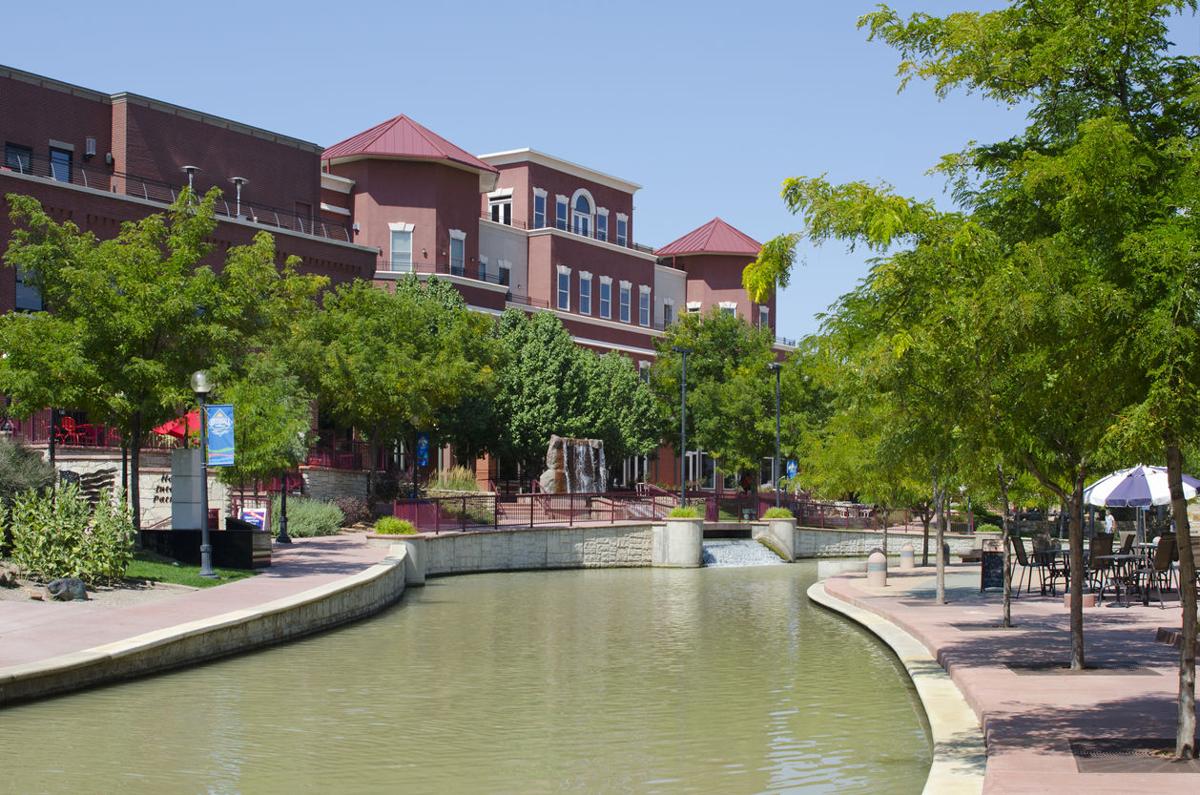 The riverwalk in Pueblo.

A marker identifies the spot where, in 1806, Rocky Mountain explorer Zebulon Pike once camped, next to what is now the Historic Arkansas Riverwalk, a 32-acre urban waterfront with excursion and gondola boat rides, food, festivals and entertainment that winds through downtown Pueblo.

The riverwalk in Pueblo.

RIVER TOWNS: PUEBLO | Giving and taking on the Arkansas River

Pueblo had a curse and a blessing in 1921, the former being obvious and the latter taking decades to unfold.

A flood that destroyed the downtown left a channel for the Arkansas River in a prime location as a place to live, work and visit.

The 3-foot deep waterway today is served by a gondola and two riverboats purchased from the Pueblo version's big brother, the San Antonio Riverwalk in Texas.

Today, the Historic Pueblo Riverwalk is said by city promoters to attract 500,000 tourists a year.

Free to visit, the Riverwalk features plenty of open spaces for live music, monthly movies and the city’s Fourth of July celebration. It's also one of the best stretches of the city's 20-mile bike path.

Lynn Clark, the Riverwalk’s executive director, said the waterway ties in to urban renewal projects, such as the expansion of the convention center, which will eventually be connected to the Riverwalk through a plaza.

A star attraction to patriots is Veteran's Bridge, built with steel from the local mill and opened in 2010 to honor Pueblo’s four Congressional Medal of Honor winners.

The bridge used donations from nearly 7,000 supporters to inscribe the names of 7,148 veterans on the bridge. Pueblo, after all, was designated by Congress in 1992 as the Home of Heroes.

The Center for American Values near the river at South Main Street is home to a 9/11 memorial, where a bell clangs at the time of the attack in New York City each year to honor the fallen to the terrorist attack.

The river drifts past 54 pieces of public artwork, including statues honoring natives, children at play ("First Catch” depicts a small boy landing his first prized catch), a camping spot for famed explorer Zebulon Pike, as well as birds and animals that inhabit the area. Detailed placards explain the menagerie.

The Riverwalk leads past the city’s former police station and jail, now a boutique hotel and brewpub among the eateries, lodging, offices and a call center. The El Pueblo History Museum is just a block north of the river on South Victoria Avenue, among a handful of nearby museums.

A $30 million convention center expansion is visible from the Riverwalk, with its large exhibit hall and and 18,000-square foot Sports Performance Center, a training facility affiliated with the Pueblo-based Professional Bull Riders, which has offices along the river at South Union Avenue.

Mayor Nick Gradisar thinks the Riverwalk's vibrance is one of the reasons more people are retiring to and moving to Pueblo. The city has grown 6.6%, which is about 7,000 people, in the past decade.

“Once they’ve been here and appreciate the Riverwalk, they come back for it,” he boasted.

Riverwalk development manager Michelle Francis said future means keeping it going, literally. As it is now, travelers of Interstate 25 get a glimpse of the attraction, if they know exactly when and where to look. Eventually the Riverwalk will extend under the interstate on its way past the Runyon Field Sports Complex to reach Runyon Lake, the ultimate goal since the Riverwalk was conceived.

On a postcard-perfect Thursday recently, Courtney Hartsfield of Phoenix, her boyfriend and his children took the riverboat tour down the lazy channel to break up the drive from Denver, where they were visiting family, to Albuquerque, where they planned to spend the night.

“It seemed like something easy and inexpensive to do, and we could spend 10 minutes or a couple of hours, do the tour and have lunch,” she said pausing from reading a plaque.

RIVER TOWNS: GLENWOOD SPRINGS | The Colorado and Roaring Fork are its lifeblood and a harbinger

A vacation destination since its founding — unlike most Colorado settlements, built around mining, agriculture or the railroad — Glenwood Springs remains a four-seasons playground. The city depends on the health of the rivers to sustain its economy and the idyllic quality of life enjoyed by its 9,963 year-round residents.

The summer monsoons brought good moisture to the Western slope, relieving some of the two-year drought that has plagued areas west of the Cont…