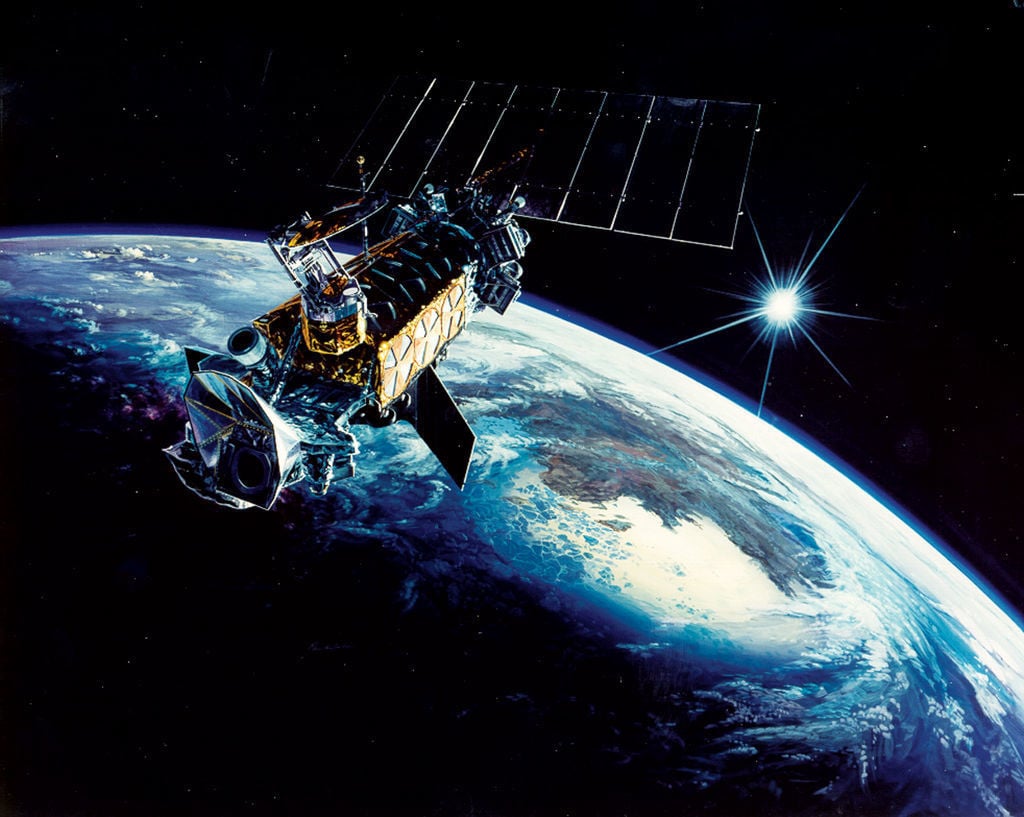 (Air Force Photo) This illustartion shows a Defense Meteorological Satellite Program satellite like the one that controllers in Colorado Springs and Maryland have spent weeks trying to fix. The satellite orbiting 450 miles above the planet won't respond toc ommands from the ground. 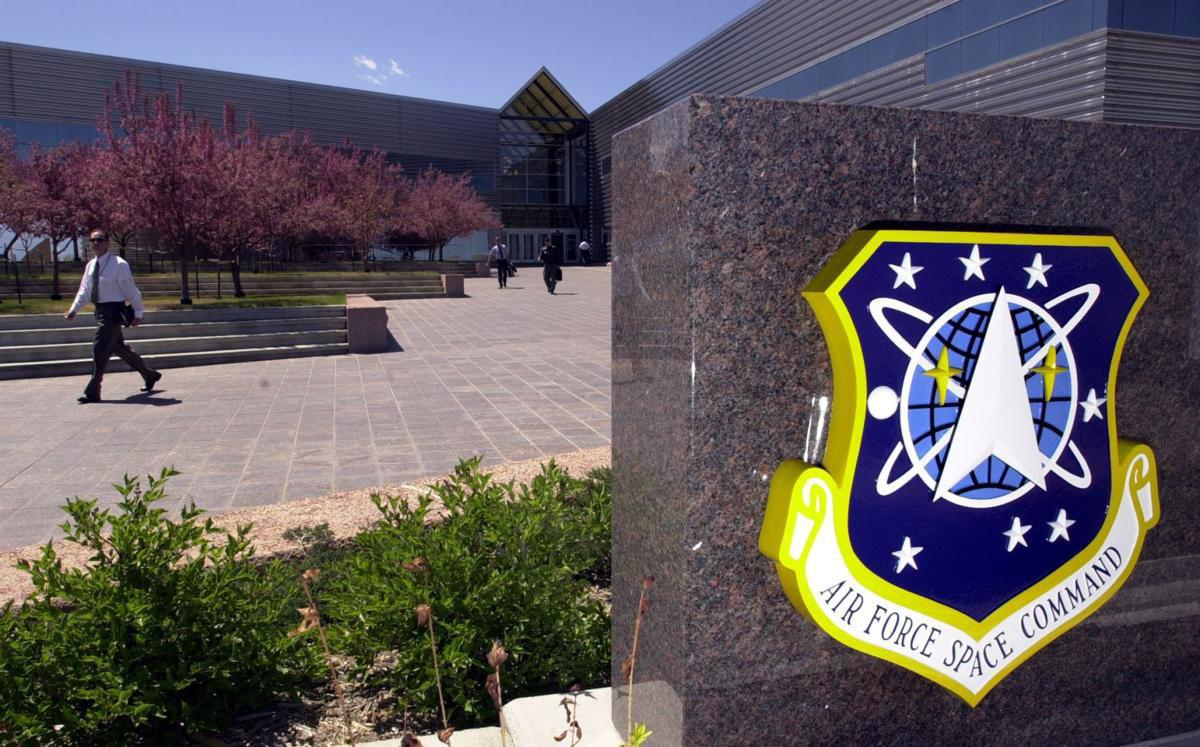 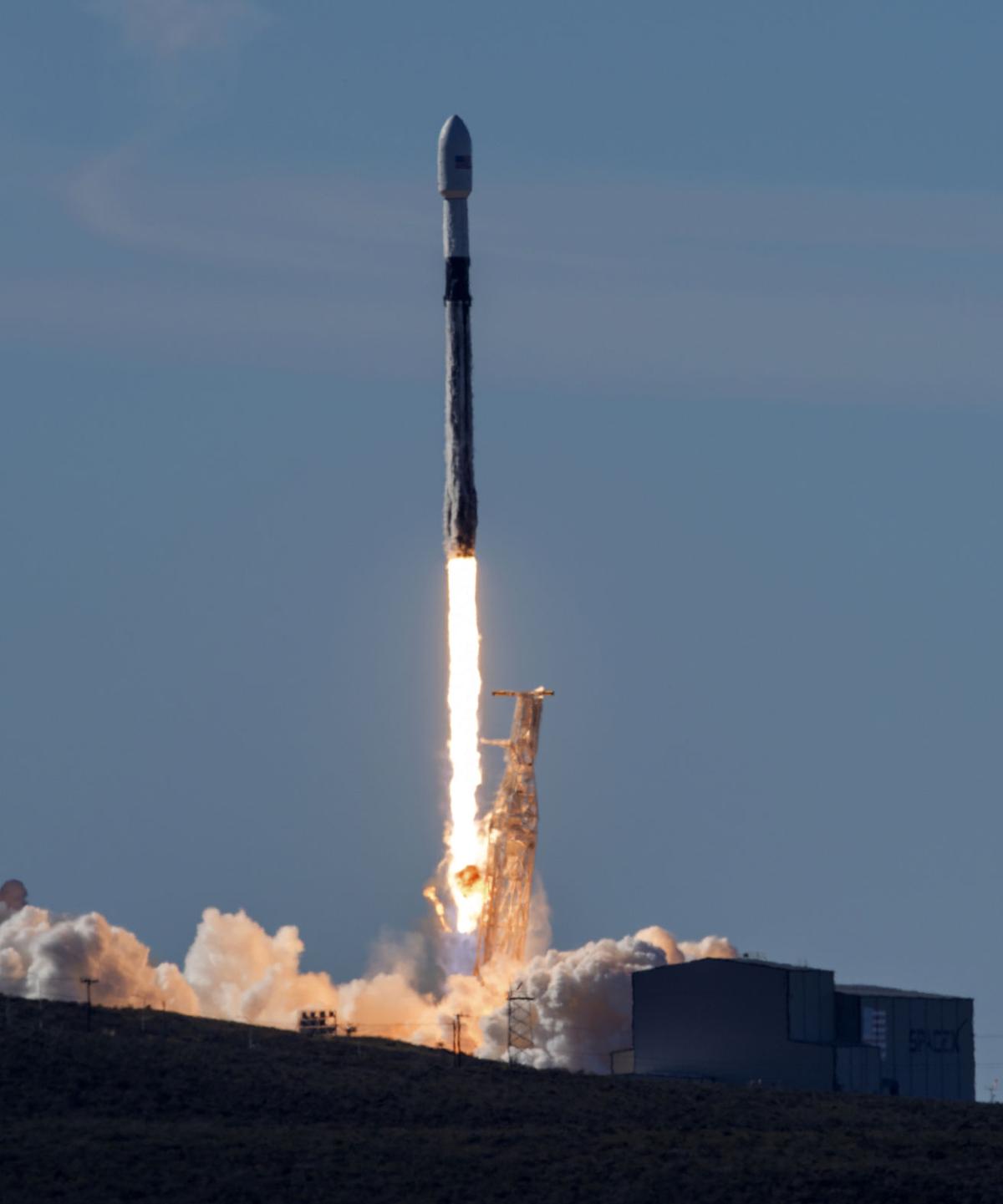 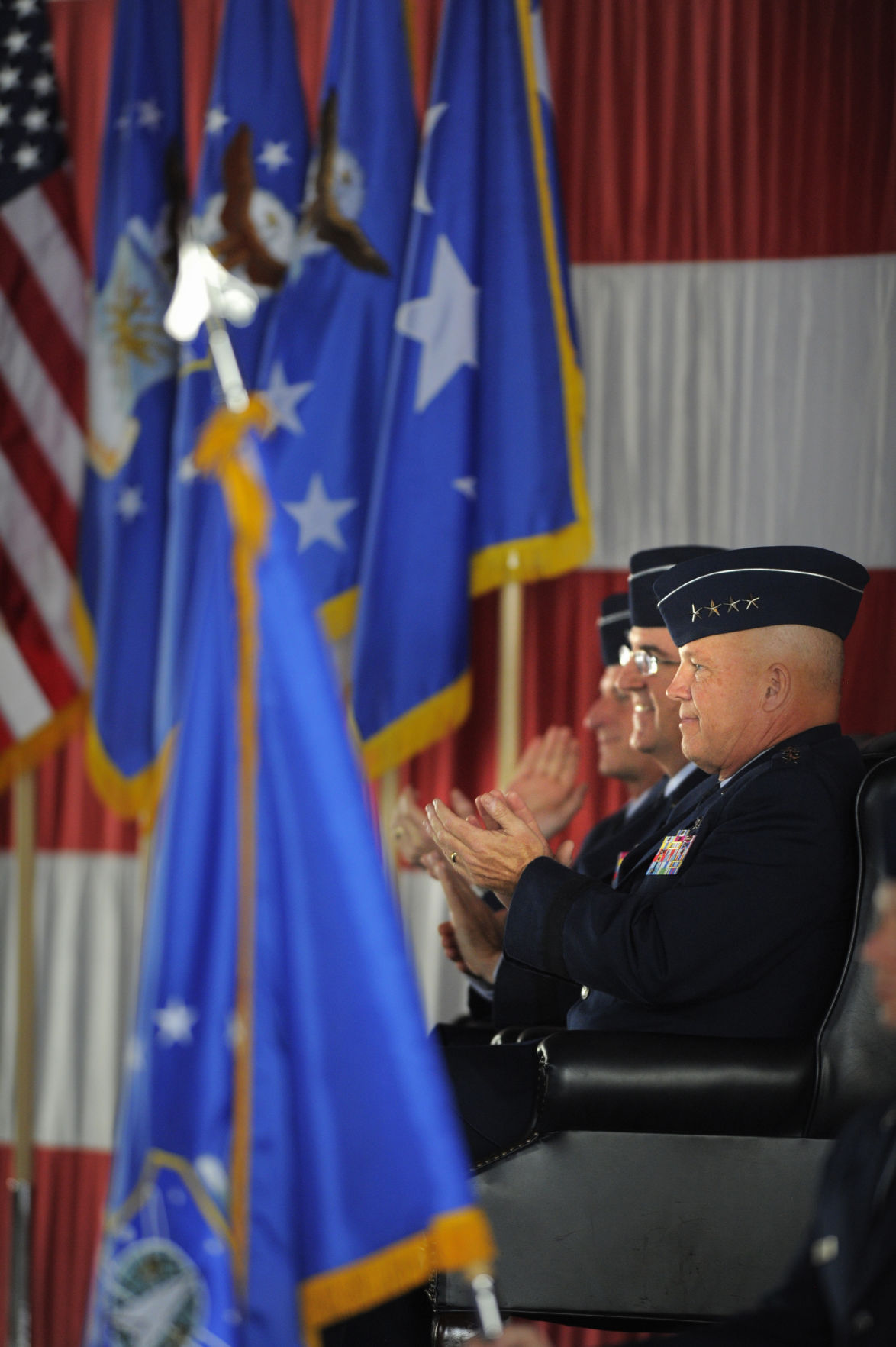 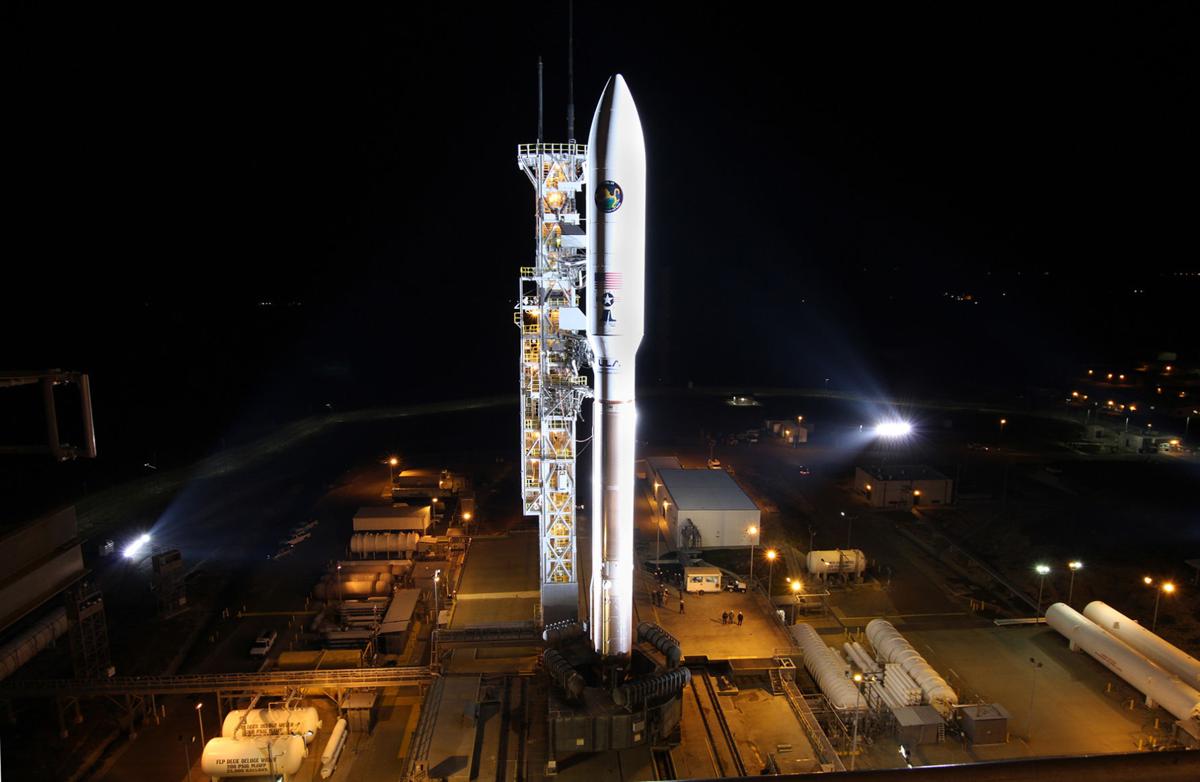 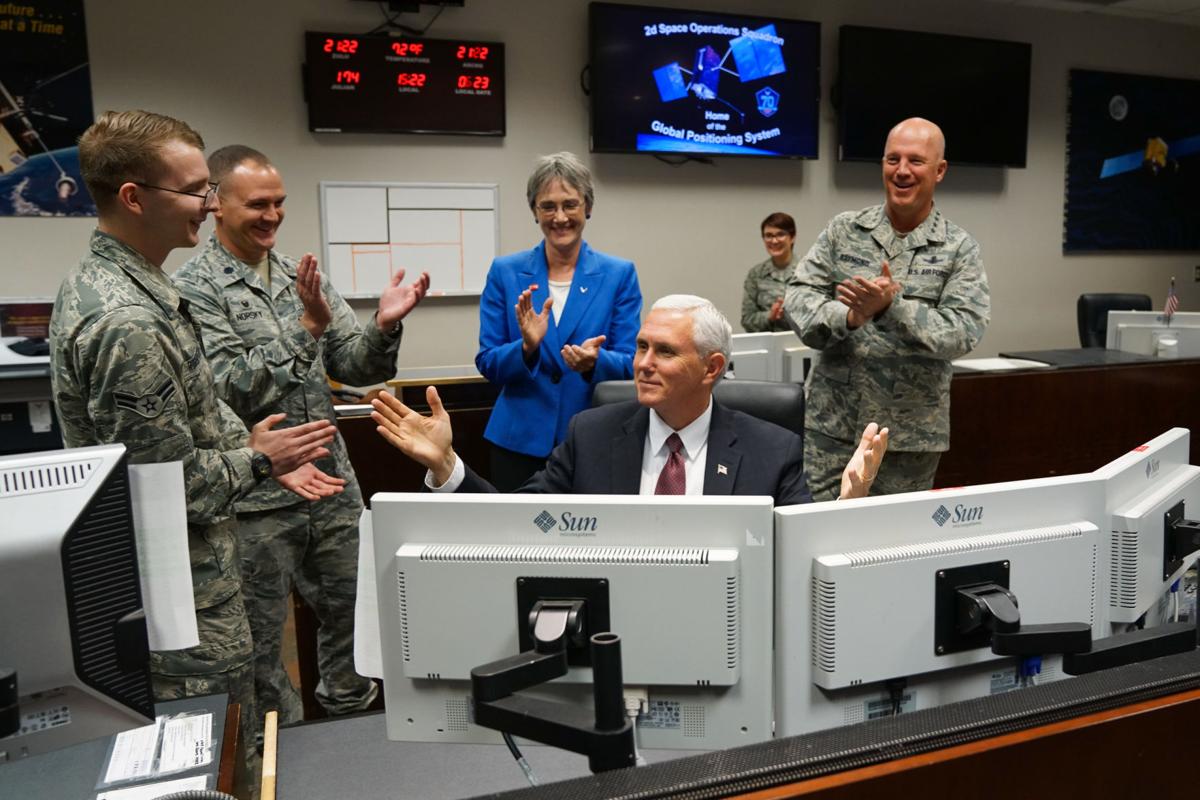 (Air Force Photo) This illustartion shows a Defense Meteorological Satellite Program satellite like the one that controllers in Colorado Springs and Maryland have spent weeks trying to fix. The satellite orbiting 450 miles above the planet won't respond toc ommands from the ground.

U.S. Space Command will open for business Thursday with a White House ceremony, but a permanent home for the command, now in Colorado Springs, has yet to be announced.

President Donald Trump is expected to announce the establishment of the command, which will oversee the efforts of all armed services in defending American satellites, planning for war in space and providing space services for troops in combat.

It’s a move the administration says is driven by increasing threats to American satellites from nations such as China and Russia.

Colorado Springs is vying with sites in Aurora, California, Florida and Alabama to permanently house the command, which is headed by Peterson Air Force Base Gen. Jay Raymond.

Colorado Springs Republican U.S. Rep. Doug Lamborn said he’s pushing for the command to stay in town. And he says Thursday’s ceremony gives Colorado Springs a foot in the door that will help cement the Pikes Peak region’s lead in the race to house it.

“This is fantastic news for the Pikes Peak region and all of Colorado,” Lamborn said.

“We have the personnel to jump in immediately to address the threats from our near peers.”

An announcement of the command’s permanent home was expected last month, but it has faced delays amid Pentagon management shake-ups and continued lobbying from powerful congressional delegations.

Lawmakers from Alabama, which would put the command in Huntsville, and Florida, which was rejected as a candidate to house the command but wants back in the race, have been twisting Trump administration arms in bids for the command.

Lamborn said a last-minute pitch from Florida threw a wrench in the decision process. Florida, with a congressional delegation that includes Senate star Marco Rubio and 27 members in the House, is not to be ignored, Lamborn said. Florida and the others want the command because it could flood the winning site with billions of defense dollars, hundreds of troops and a galaxy of brass.

“I think what they had to do was to take Florida ‘s last-minute bid into consideration and not give the impression they are ignoring them,” he said.

Another issue is tumult caused by a monthslong vacancy atop the Pentagon after the resignation of former Defense Secretary Jim Mattis in December. Former Army Secretary Mark Esper was promoted to the top job after a Senate vote in late July.

The new leadership is expected to announce the command’s home in the coming weeks.

Lamborn said Colorado Springs is leading the pack to win the command because it’s home to the military’s top space troops at Peterson and Schriever Air Force Bases. Before it was phased out in 2003, an earlier version of U.S. Space Command called Colorado Springs home beginning in the 1980s.

The Pentagon says the new U.S. Space Command is “responsible for deterring conflict, defending U.S. and allied freedom of action in space, delivering combat-relevant space capability to the joint and combined forces, and integrating joint forces to advance U.S. and allied interests in, through and from the space domain.”

That’s happening in Colorado Springs, where airmen control America’s constellation of military satellites and troops convene with America’s intelligence agencies at the National Space Defense Center to plan for conflicts that extend into orbit. The command was temporarily placed here because most of the personnel involved are already here, Lamborn said.

The establishment of Space Command comes as leaders wrestle with the creation of a separate branch of the armed forces for space.

The House and Senate have authorized a Space Force in their versions of the annual defense policy bill for 2020. But the congressional chambers have differing visions of the command that will have to be hammered out before the force is created.

The Space Force will train and equip the troops for U.S. Space Command. Under the competing bills, the new service will fall under the Air Force in a relationship that’s similar to the Navy and the Marine Corps.

While the Space Force is expected to absorb Peterson’s Air Force Space Command, it remains unclear how many troops the new service will have.

Under both proposals, the bulk of the Space Force will call Colorado home, with three of the five major space bases in the United States located here.

The White House has been pushing the changes in space management. Lamborn and others say the Trump administration has emphasized space issues in a way that hasn’t been seen since the 1960s.

Lamborn said the renewed importance of space is why the administration is taking the unprecedented step of establishing the U.S. Space Command with a White House ceremony.

“The president and the entire administration want to continually emphasize how space is a priority,” Lamborn said.

A delegation of space brass form Colorado Springs was in Washington Wednesday ahead of the ceremony. That group is led by Peterson’s Raymond, the military’s most experienced space expert.

Raymond will preside over another ceremony celebrating the new U.S. Space Command in September. A ceremony at Peterson Air Force Base is expected to draw Pentagon leaders as the command’s troops formally recognize the new unit.

Investigators will examine whether a secretive spy satellite program designed to snoop on other satellites is properly managed.

$325M for military construction coming to Colorado under House measure

Colorado Springs would cash in with $325 million for military construction under a U.S. Hous…