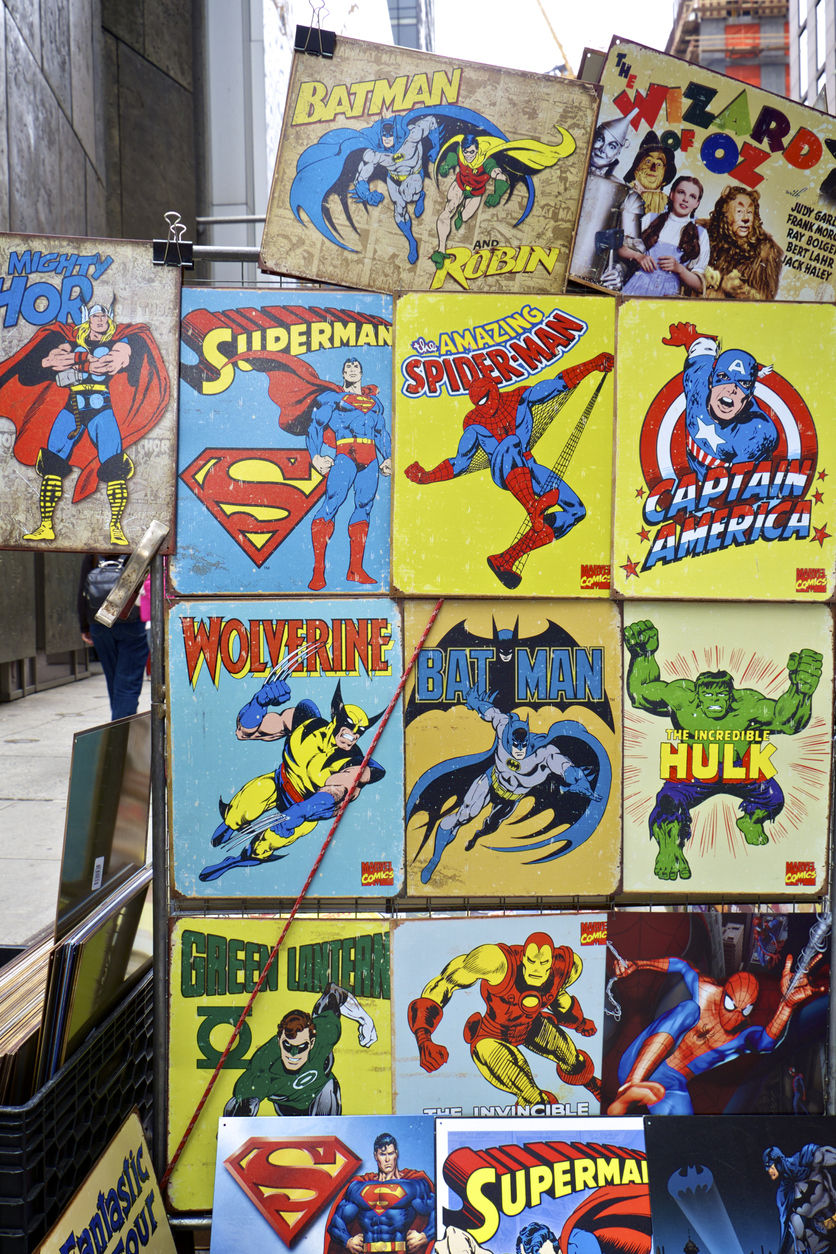 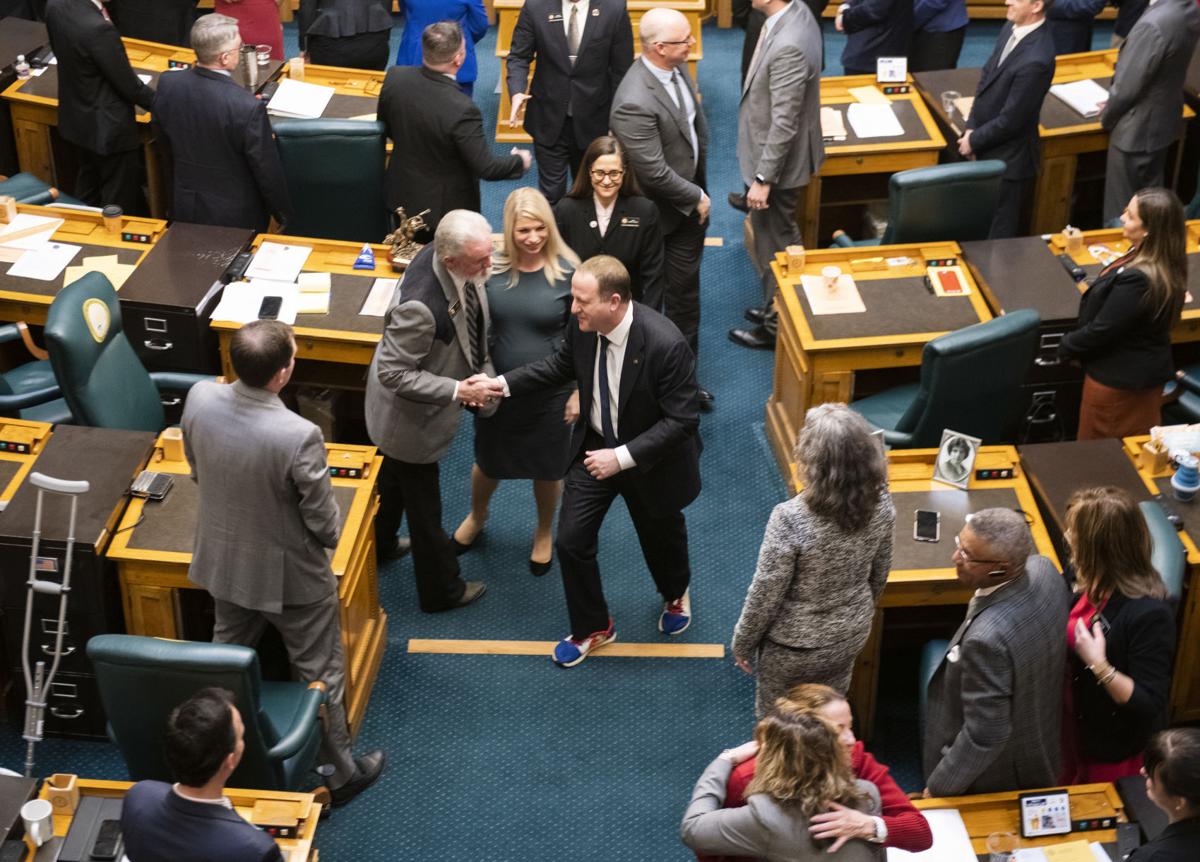 Governor Jared Polis shakes hands as leaves the House after delivering his 2020 State of the State address at the Colorado State Capitol in Denver on Thursday, Jan. 9 on the second legislative day of the second regular session of Colorado's 72nd General Assembly.

Governor Jared Polis shakes hands as leaves the House after delivering his 2020 State of the State address at the Colorado State Capitol in Denver on Thursday, Jan. 9 on the second legislative day of the second regular session of Colorado's 72nd General Assembly.

Last year about this time, Colorado’s new governor made history.

Not only was Jared Polis the first openly high-tech gazillionaire to be sworn in as the Centennial State’s chief executive, the former five-term congressman broke ground on another important front.

In his inaugural State of the State address to a joint session of the General Assembly, Polis cited something once said by Peter Parker’s Uncle Ben — widely believed to be the first time a governor of Colorado had intentionally quoted from Marvel's Spider-Man comics in the legislative chambers.

Discussing his proposal to provide free kindergarten, Polis said: “Our state’s strong economic growth means we have the power to do all of this right now without taking resources away from other areas of the budget. As Uncle Ben once said to Spider-Man, ‘With great power comes great responsibility.’ I know that together we can fulfill this responsibility, which many of you have been working on for years.”

Trail Mix noted at the time that it should have come as no surprise, since Polis had already firmly established his authority to quote from the comics. He isn’t exactly The Simpson’s lovable Comic Book Guy, but when Robin Williams died, he paid homage by dressing as Mork from Ork and visiting the Boulder house where the groundbreaking sitcom “Mork and Mindy” was set.

The Academy Award-winner behind "Taxi Driver," "Raging Bull" and "Goodfellas" argued that the powerhouse, Disney-owned franchise — including last year’s “Avengers: Endgame,” the top-grossing movie of all time — embody the opposite of the unexpected revelations and delights revealed in Scorsese’s chosen form of art.

The seemingly endless string of superhero flicks, Scorsese said, “seem to me to be closer to theme parks than they are to movies as I’ve known and loved them throughout my life.”

The reaction from Marvel fans was as swift as it was merciless, with some even accusing Scorsese of once having directed a Michael Jackson music video.

"But they make tons of money! And what’s wrong with theme parks?" protested the defenders of Marvel (not to be confused with Marvel’s “The Defenders,” the Netflix series featuring Daredevil, Iron Fist, Jessica Jones and Luke Cage).

But neither of the legendary directors said anything about political speeches.

Enter Polis, with his great power and attendant great responsibility.

Polis delivered his second State of the State address on Jan. 9, but despite repeated requests that his speechwriters return to the comic book well — “Can you please quote Aquaman?” “OK, how about Green Lantern?” — the governor instead name-checked the Lord of the Rings, mentioning Frodo's burden to make a point about term limits.

He's set to deliver two more State of the State speeches before his first term is up, and he could have the chance to deliver four more after that if voters re-elect him in 2022. A quick glance at the governor’s weekly schedule, however, suggests he’ll have hundreds more opportunities to quote comic books from the podium.

The same week as he kicks off the Legislature’s 120-day session, Polis was set to deliver remarks at the Commuting Solutions legislative breakfast in Broomfield, the annual Boots N’ Business event at Denver’s National Western Events Center, and the Colorado Commission on Criminal and Juvenile Justice meeting in Golden.

That’s three more chances for the governor to get his geek on and dispense some comics wisdom — in one week alone.

Since he’s already dipped into the Marvel comics, perhaps Polis can demonstrate Colorado’s inclusive approach by referencing some DC comics.

It’s easy to imagine the governor addressing his foes across the aisle with the immortal words Batman once said to Owlman, his evil twin from a darker timeline: “We are different. We both stared into the abyss, but when the abyss stared back, you blinked.”

Colorado is nothing if not a diverse state, which raises another important question: Why should the governor restrict his comics citations to the two powerhouse imprints, Marvel and DC?

If the state’s unofficial motto means anything — Proiectus est mater mea et ego certe facere fortunam eBay, loosely translated as “If Only My Mom Hadn’t Thrown Those Out, I’d Be Making a Fortune on eBay” — the governor’s speechwriters owe it to young comics fans and their regretful middle-aged brethren alike to look further afield for inspiration.

How about Fawcett comics, home to Pinky the Whiz Kid and Scoop Smith, the news reporter who fights crime? Or Gold Key, publishers of Space Family Robinson and the Occult Files of Dr. Spektor?

As debates rage over self-driving cars and Colorado’s economy braces for the advent of widespread, intelligent automation, who better to turn to than Magnus Robot Fighter, 4000 AD?

“No robot may harm a human, or allow a human to come to harm,” the narrator says in the Gold Key comic, cribbing from Isaac Asimov’s Three Laws of Robotics. “This is the unbreakable law built into every robot, and the metal-men were created solely to ease man’s tasks of life.”

Polis could make regular use of this classic quote from talking magpies Heckle and Jeckle: “I say old boy! I just got a brilliant idea!”

And if it doesn’t seem too on-the-nose, can we hope to one day hear Polis intoning some favorite lines from Harvey Comics superstar Richie Rich, the poor little rich boy?

“Money is the best invention ever,” the bow-tied tyke says from behind the wheel of his Rolls Royce in an iconic panel, fat bags with dollar signs behind him.

That’s sure to calm tempers next time there’s an impasse over the budget.

Stretching back to 1972, when the modern presidential nominating process began to take shape, Colorado Republicans and Democrats have had a hand in deciding their party's standard-bearers a dozen times.

With 2019 firmly in the rear-view mirror, the roiling cauldron of events that shaped Colorado's political scene is more clearly coming into focus.