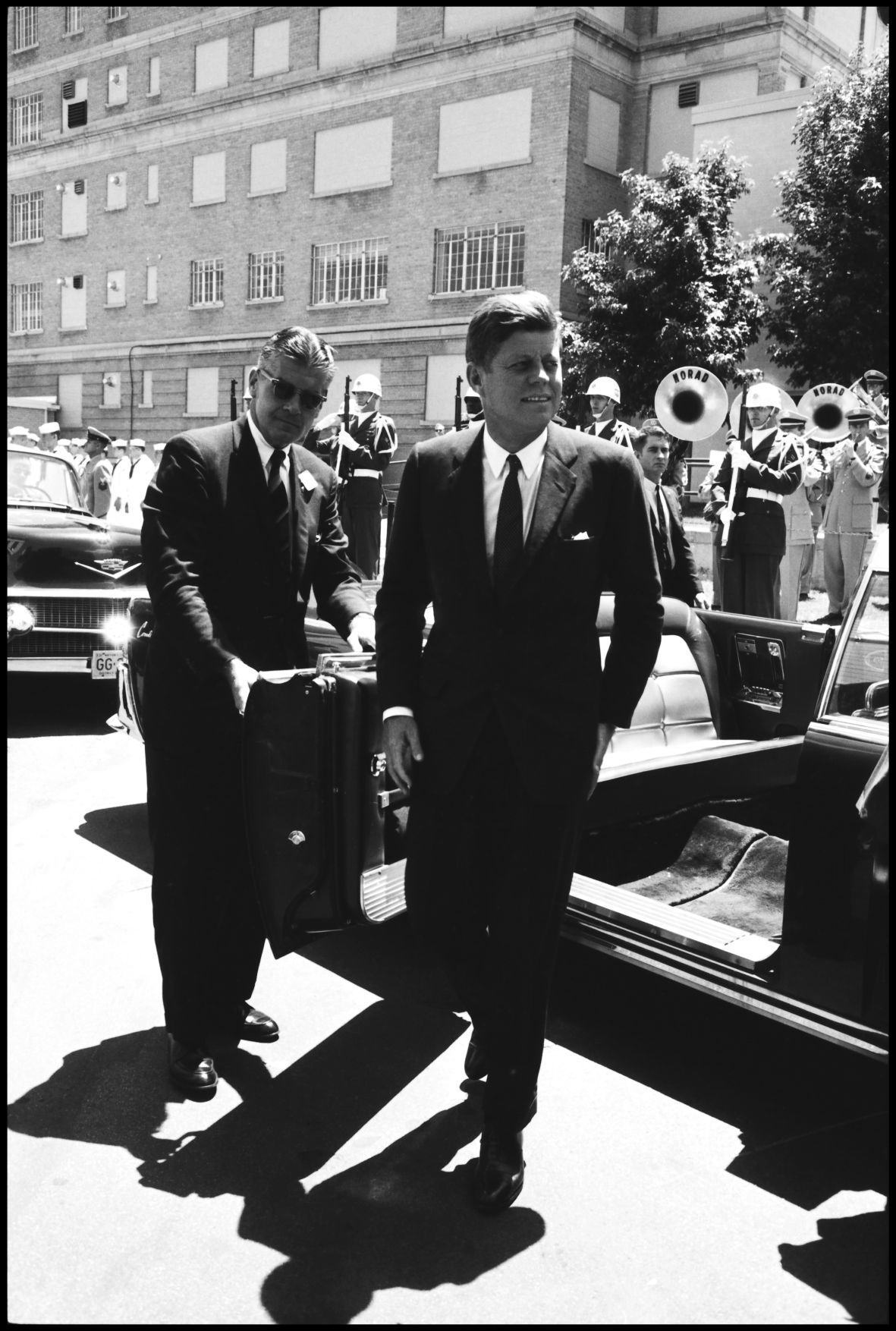 President John F. Kennedy exits the presidential convertible during his visit to North American Aerospace Defense Command in Colorado Springs in June 1963. The NORAD military band and formation are visible to the right as they render honors to the commander in chief. 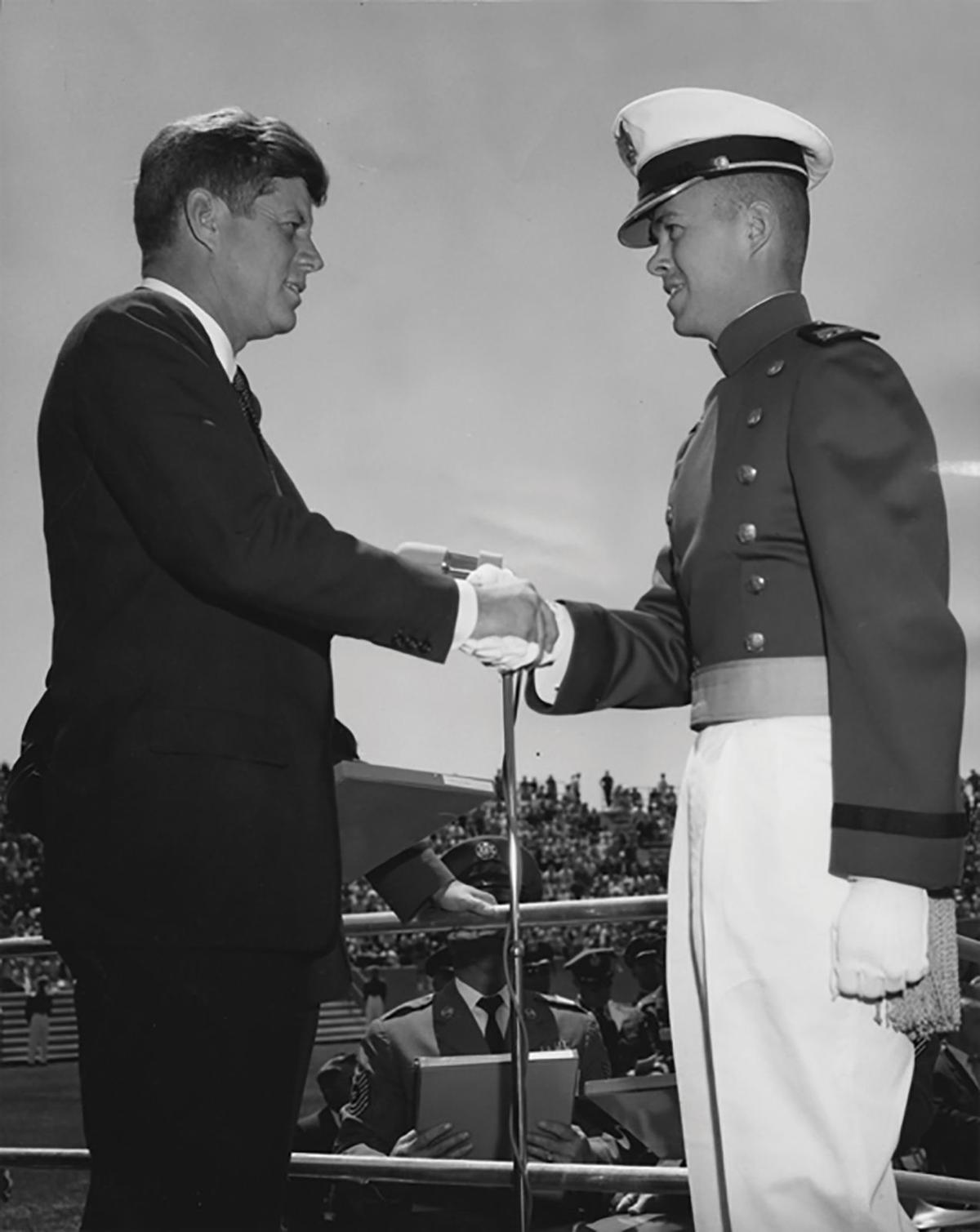 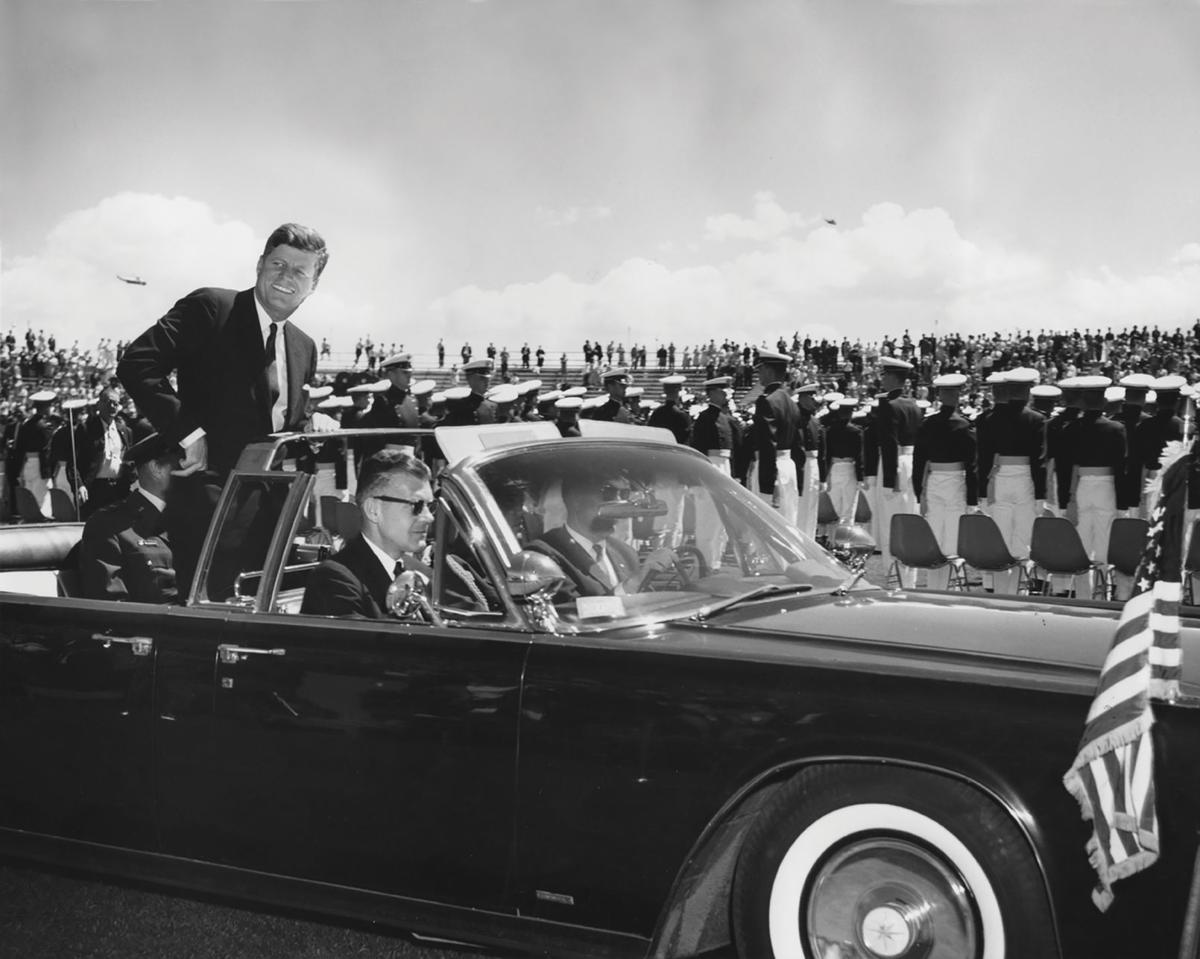 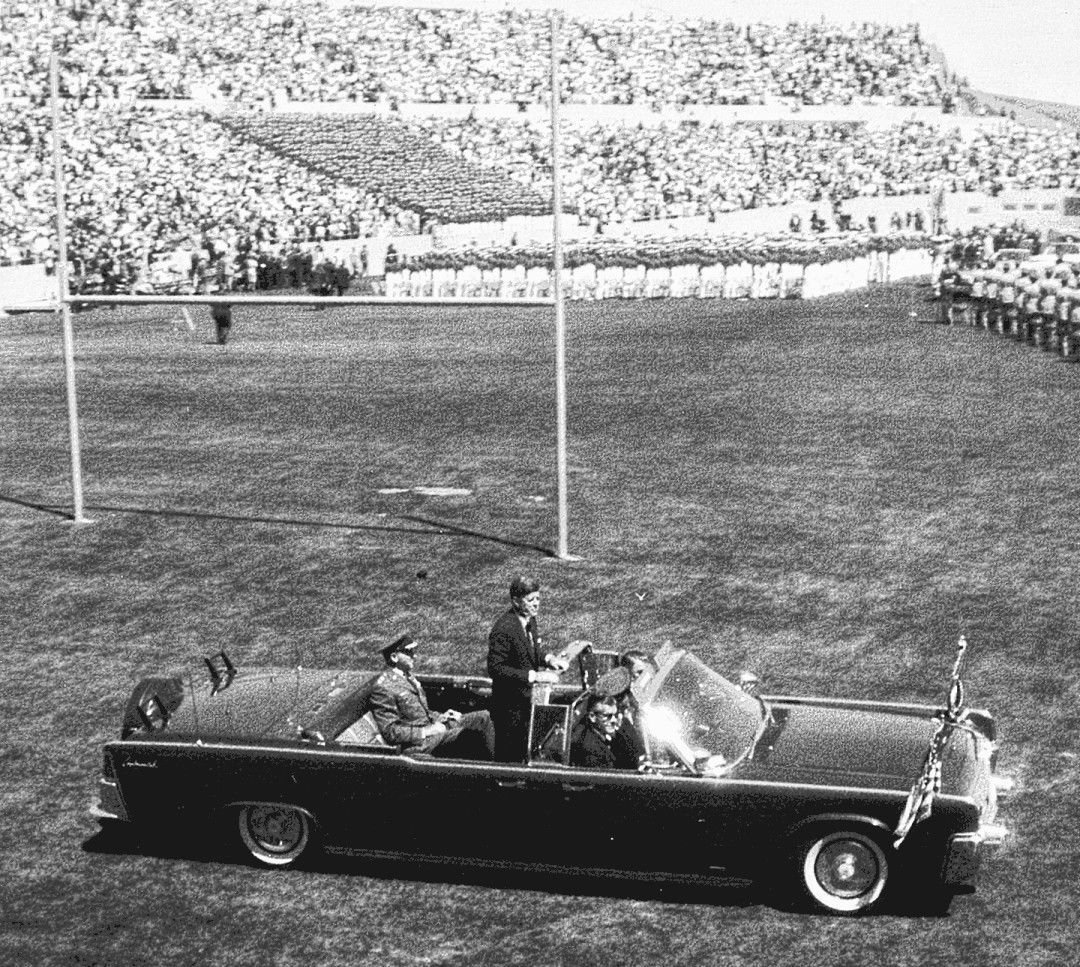 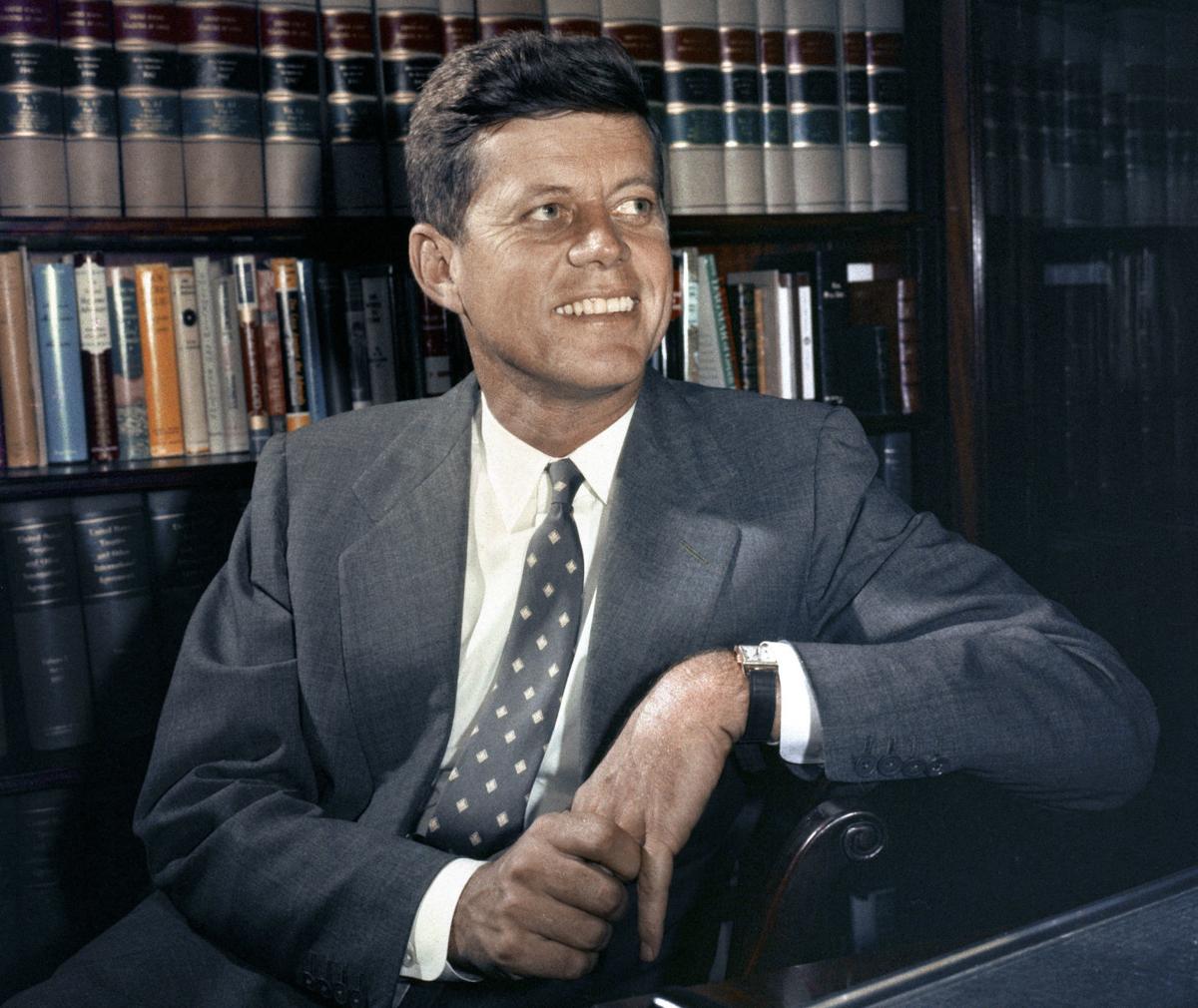 In this Feb. 27, 1959 file photo, Sen. John F. Kennedy, D-Mass., is shown in his office in Washington. He was sworn in as president two years later. 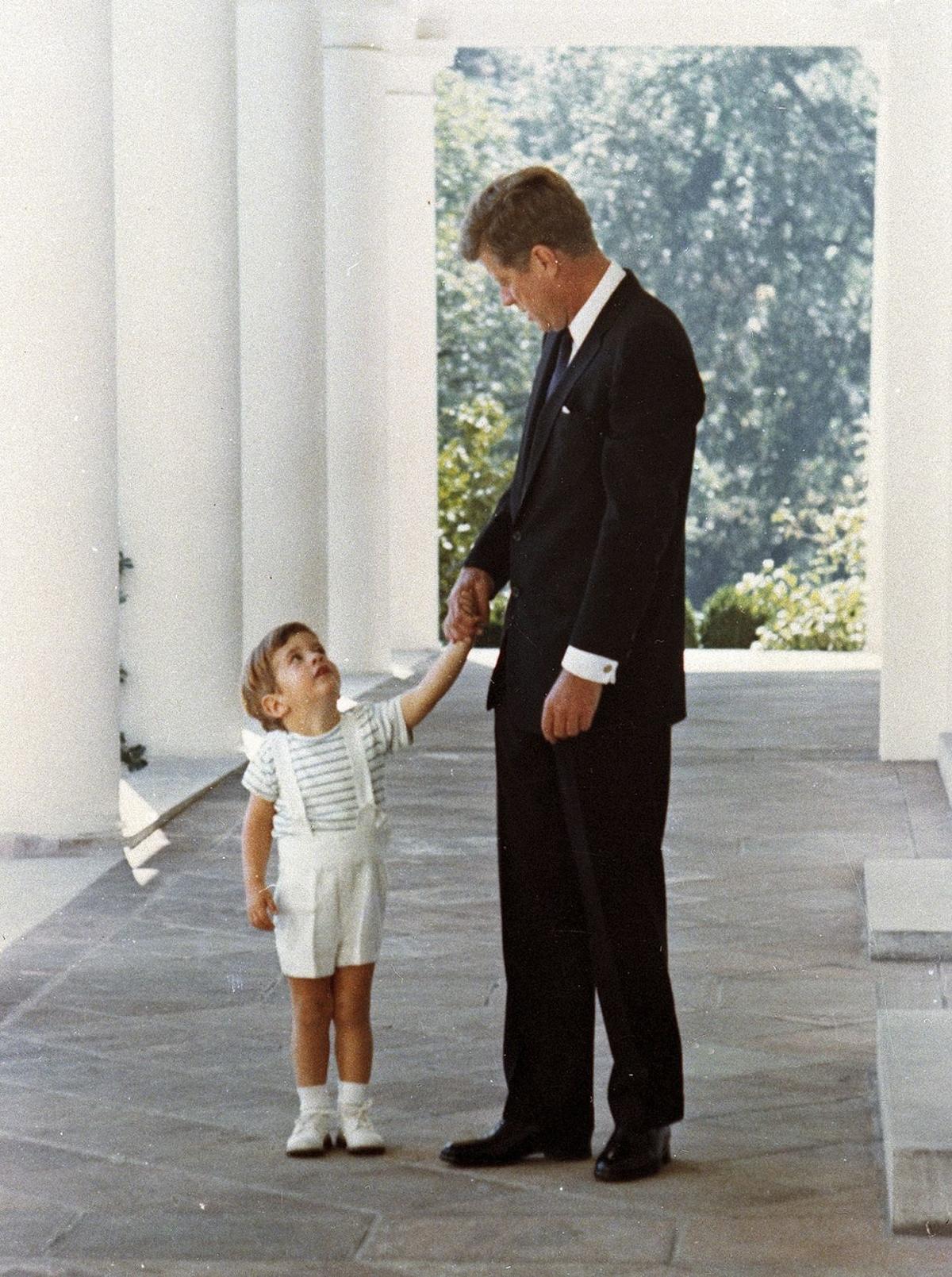 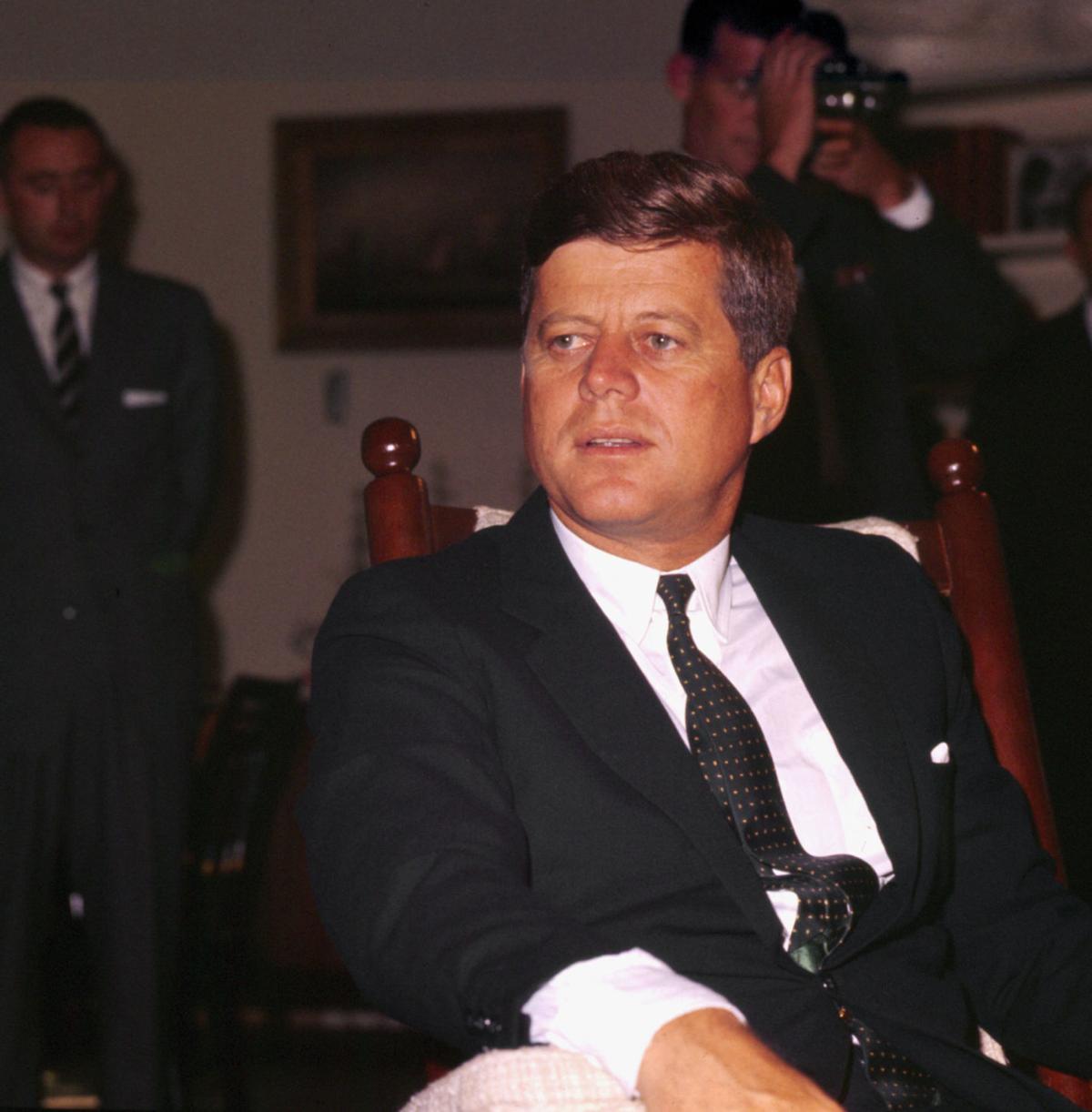 President John F. Kennedy exits the presidential convertible during his visit to North American Aerospace Defense Command in Colorado Springs in June 1963. The NORAD military band and formation are visible to the right as they render honors to the commander in chief.

In this Feb. 27, 1959 file photo, Sen. John F. Kennedy, D-Mass., is shown in his office in Washington. He was sworn in as president two years later.

The Colorado Democratic Party is gearing up for its annual Obama Dinner.

This year's keynote speaker will be newly elected U.S. Rep. Deb Haaland of New Mexico, one of the first Native American women to serve in Congress — the other, U.S. Rep. Sharice Davis of Kansas, was elected the same night — and tickets are going fast, party officials say. The fundraiser, set for March 9 at the Sheraton Denver Downtown Hotel typically draws upwards of 1,000 donorsfor a night of speeches and awards, and lately it's included both a silent and a live auction.

The dinner has been a tradition for decades, though a few years back the party dropped its longtime name, the Jefferson-Jackson Dinner, amid concern that presidential namesakes Thomas Jefferson and Andrew Jackson, considered the founders of the Democratic Party, no longer represented the party's ideals. Both owned slaves and Jackson forced Native Americans from their lands.

The Democrats called the fundraiser the Annual Dinner for a couple of years and then settled last year on naming it after former President Barack Obama and former first lady Michelle Obama.

Fifty-six years ago, Colorado Democrats heard a recorded message from President John F. Kennedy at the dinner, which was held at the same hotel where Democrats will be gathering this year, though it's been through a couple of name changes and some extensive remodeling. (The same day the Colorado Democrats held their fundraising dinner, Kennedy was in Chicago to dedicate Chicago-O'Hare International Airport.)

On March 23, 1963, in the grand ballroom of what was then the Hilton Hotel in Denver, Colorado Democrats convened in the wake of a thumping at the polls in the 1962 election — a virtual mirror image of the success the party enjoyed in last year's election, when Democrats swept every statewide office and took control of the state Senate. That year, voters ousted Democratic Gov. Stephen McNichols and U.S. Sen. John Carroll and moved control of both legislative chambers from the Democrats to the Republicans.

But aside from a few particulars and the stately, almost formal language — some passages sound nothing so much as Kennedyesque — portions of the president's remarks would sound at home in a contemporary speech delivered to a ballroom full of Democrats. And there's a bittersweet note about Kennedy's plans to campaign for re-election in Colorado in 1964.

After opening with a formal greeting, Kennedy said: "I have been in Denver many times — and I wish I were there with you tonight. You can count on seeing me in Colorado next year."

While Kennedy vigorously contested Colorado in 1960 — he held a September fundraiser at the Hilton after filling Denver's Civic Center for a rally earlier the same day — he lost the state to Republican Richard Nixon by about 10 percentage points.

Kennedy never had the chance to see whether he could carry the state in the next election, because eight months to the day after he recorded the message, Kennedy was assassinated in Dallas. But his successor, Lyndon Johnson, won Colorado’s electoral votes in 1964 with 61 percent of the vote to Republican nominee Arizona Sen. Barry Goldwater’s 38 percent.

(It would be the last time a Democratic presidential candidate won Colorado until 1992, when Bill Clinton prevailed in a three-way race against incumbent Republican George H.W. Bush and Ross Perot.)

"Between now and then, we will have a lot of work to do," Kennedy continued. "Colorado has a great Democrat tradition — exemplified by such names as (former U.S. Sen.) John Carroll, (former Gov.) Steve McNichols, (Lt. Gov.) Bob Knous, (U.S. Rep.) Byron Rogers, (U.S. Rep.) Wayne Aspinall, (former Gov. and U.S. Sen.) Ed Johnson and many others."

(A script for the speech, purportedly written by presidential speechwriter Theodore Sorensen with Kennedy's handwritten revisions, is on file in the John F. Kennedy Presidential Library and includes a note on pronouncing the lieutenant governor's name: "pronounced Nouse as in mouse.”)

Notably, all of the state Democratic Party's luminaries were men, a distinctly different situation than today's party, which counts a record number of Democratic women in the Legislature, though Colorado has yet to elect a woman as governor or to the U.S. Senate.

The JFK library’s folder devoted to the speech also contains a letter from Fred M. Betz Sr., the state Democratic chairman, to White House aide Mike Manatos requesting a taped message from the president for the occasion. Betz asked that Kennedy thank the dignitaries the president mentioned, as well as several state party officers and the fundraising dinner’s chairman. The letter is typed on stationary that includes the slogan “Let’s Back Jack — Let’s Make a Clean Sweep in ’62.”

“I think it will make a good start for us in the drive for us to put Colorado in the Kennedy column for 1964,” Betz wrote.

Kennedy noted that Indiana Sen. Birch Bayh — "a true representative of the kind of energetic vigor and immense talent which keeps the Democratic party supplied with top leadership" — was the dinner's keynoter.

"He knows what it means to run an uphill race, to rebuild a party organization, and to put personal and factional disputes aside in the interests of a Democratic victory," Kennedy said. "Of course, in our efforts to carry Colorado for the Democrats, we will be greatly helped by our Republican friends. They are already talking about cutting back reclamation, halting power development, curbing the (Rural Electrification Act), and ignoring the needs of our ranchers and farmers, opposing all the efforts of Wayne Aspinall and Byron Rogers to work for the people of Colorado."

According to Sorensen's draft, Kennedy cut a line that accused the Republicans of "trying to divert public attention away from their negative record of opposition by stirring up needless fears about our national security and solvency."

Kennedy concluded by listing the problems he said Democrats would tackle and a patriotic summons.

"But I do not believe that the people of Colorado and the other 49 states will want to return to the past," the president said. "They are concerned about the very real problems confronting this country — boys and girls dropping out of school, over-crowded mental hospitals, a high unemployment rate among young people, a shortage of physicians and dentists and nurses, a lack of college facilities in the '60s and the '70s, the inability of our older citizens to finance their hospital care, and the repressive effects of a wartime tax rate, which must be reduced to give us more growth, instead of the kind of recessions we had in 1958 and 1960.

"They want a strong and vigorous nation, leading a strong free world. They want the United States to be identified with the great cause of human freedom here in our country and around the globe. The program of the administration is addressed to these problems, to this kind of America — and I believe the people will support this program."

U.S. Rep. Hakeem Jeffries, one of seven managers prosecuting the impeachment trial against President Trump, got some attention this week for quoting hip-hop artist the Notorious B.I.G. on the floor of the U.S. Senate