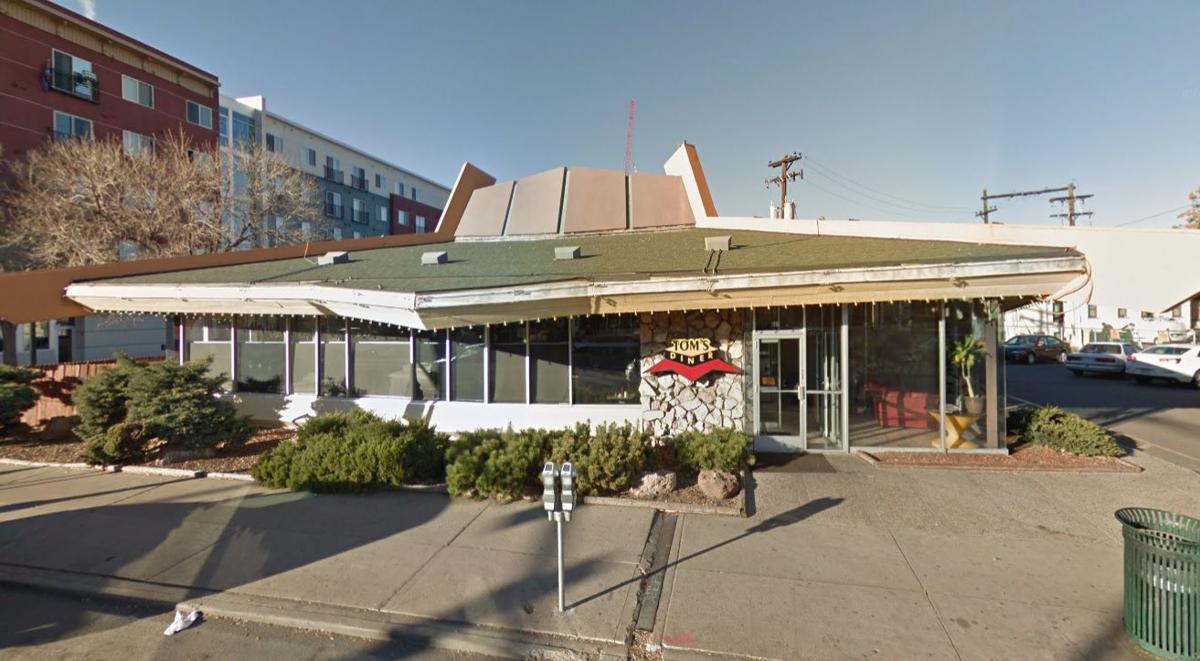 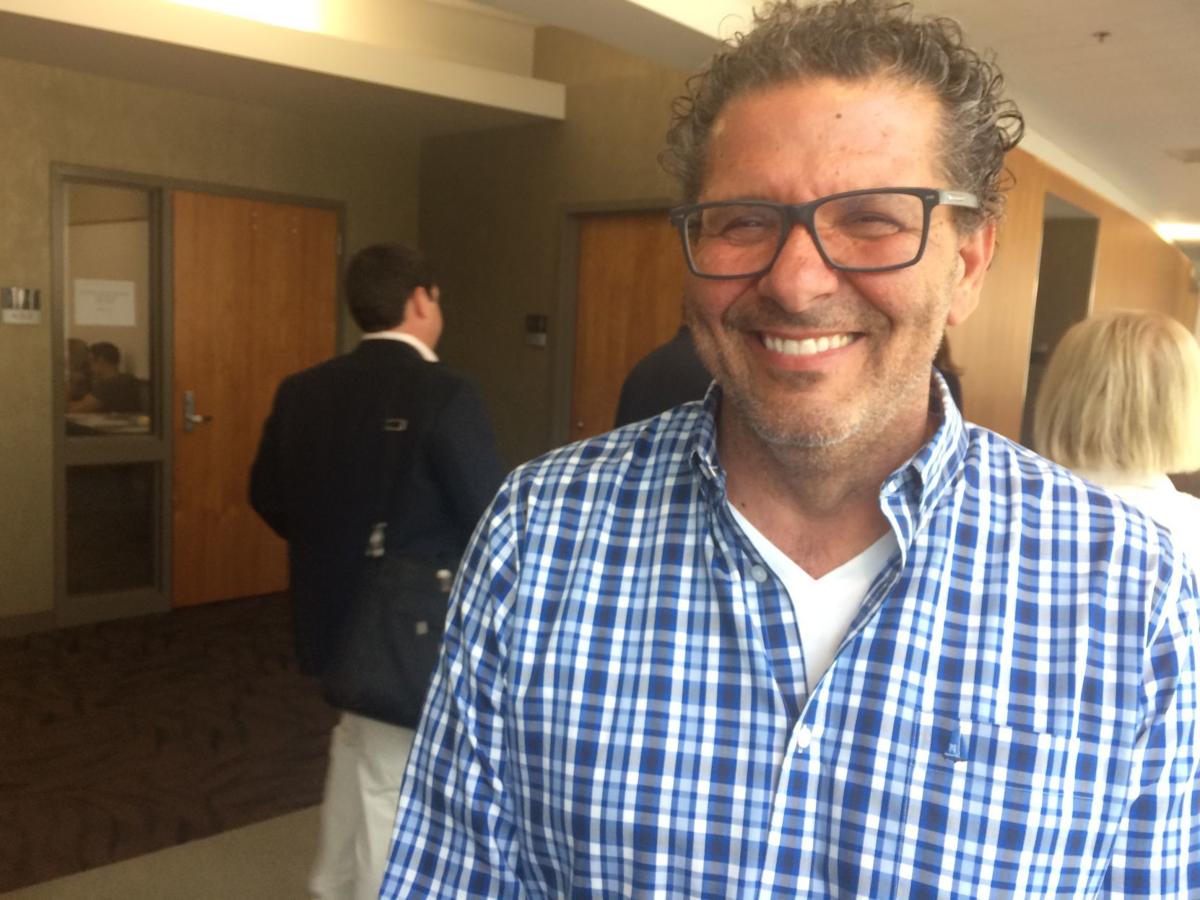 Tom Messina, owner of Tom's Diner on Denver's East Colfax Avenue, after a meeting where the Denver Landmark Commission recommended granting landmark status to the restaurant building over his objection on July 23, 2019.

Tom’s Diner – a half-century-old fixture on Denver’s East Colfax Avenue – has won a landmark status recommendation over the objection of its owner, who wants to sell the property to a developer who seeks to demolish the restaurant.

The Denver Landmark Preservation Commission voted unanimously Tuesday to recommend landmark status when the application comes before the City Council in August.

The commission cited the restaurant’s retro-futuristic architectural style and its status as one of the best-preserved examples of restaurant chain founded in Denver known as The White Spot.

The original eatery at 601 E. Colfax Ave. opened in 1967. Owner Tom Messina, who took over the restaurant 20 years ago, said after the vote that he’ll continue to fight the landmark designation.

“There’s a lot at stake for me – my family’s future, 20 years of sweat equity getting dissolved,” Messina said.

“I think this is the wrong future for Colfax,” he added. “I think there’s a lot of that that could be better.”

Messina noted the affection with which residents spoke of the diner as having been a community hub for many years.

“I think the nostalgia is strong and I am deeply moved by it,” Messina said. “I just wished they would come in and eat.”

Alberta Development Partners LLC of Greenwood Village filed a certificate of non-historic designation in June for the 21,284-square-foot property, which is normally a first step in the demolition process.

Alberts wants to build housing on the site.

As a concession to the developer, the commission recommended that the landmark status only apply to the 3,684-square-foot-restaurant, not the surrounding land.

The commission staff recommended the site for landmark status, noting its history as part of the White Spot chain started by William F. Clements, who owned 25 restaurants in Denver during his life.

Clements hired the Los Angeles architectural firm of Armet and Davis to design and build several of the White Spots in Denver, including the one at 601 E. Colfax Avenue.

The architects were known for the “Googie” style, which called for a kind of futurist space age design that featured large plate glass windows, bright colors, exaggerated geometric shapes and dramatic roof forms.

Of the seven Denver buildings that used this design, four have been demolished and two have been altered, leaving Tom’s Diner as the one best-preserved example, commission staff said.

Among the public comments were several from Denver residents who wrote about their memories of the restaurant as a gathering place.

“Yes, it’s a small diner, but you won’t ever find it again” wrote Jan McCay. “The architecture that brought the neighborhood together over a cup of coffee to discuss life, love and maybe even politics.”

One resident, however, wrote to say granting landmark status to the diner was a misuse of the landmark ordinance.

Adam Estroff wrote that since the owner does not wish to continue operating the diner and the preservation advocates do not wish to buy the property, “Tom’s Diner will be gone no matter which way this application goes.”

In voting to recommend the landmark status, Commissioner Kathleen Corbett praised Messina for the care he devoted to the restaurant, which remains in operation.

“I want to give a shout out to Mr. Messina for preserving it,” Corbett said.

“He made a place that people loved,” Corbett said, remembering the condition of the restaurant before his bought it. “Mr. Messina really turned it around. It’s a wonderful thing that he’s done.”