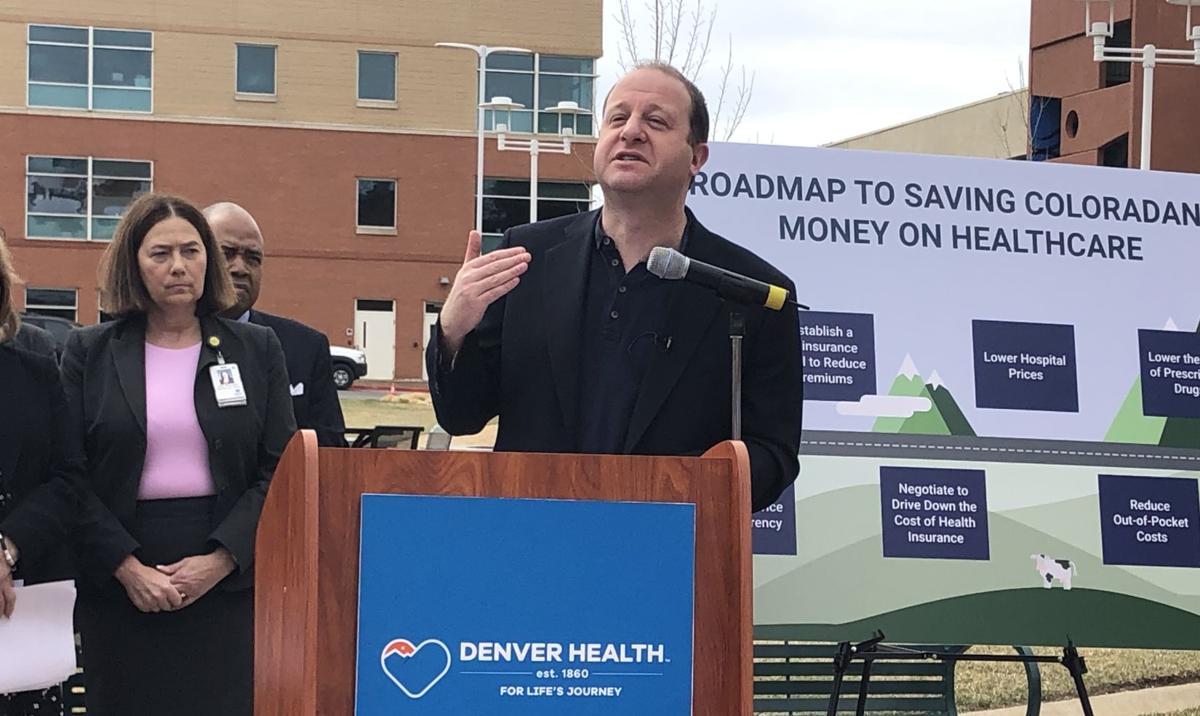 Gov. Jared Polis talks about his plan to save Coloradans money on the insurance and health care costs during a press conference at Denver Health Medical Center on April 4. 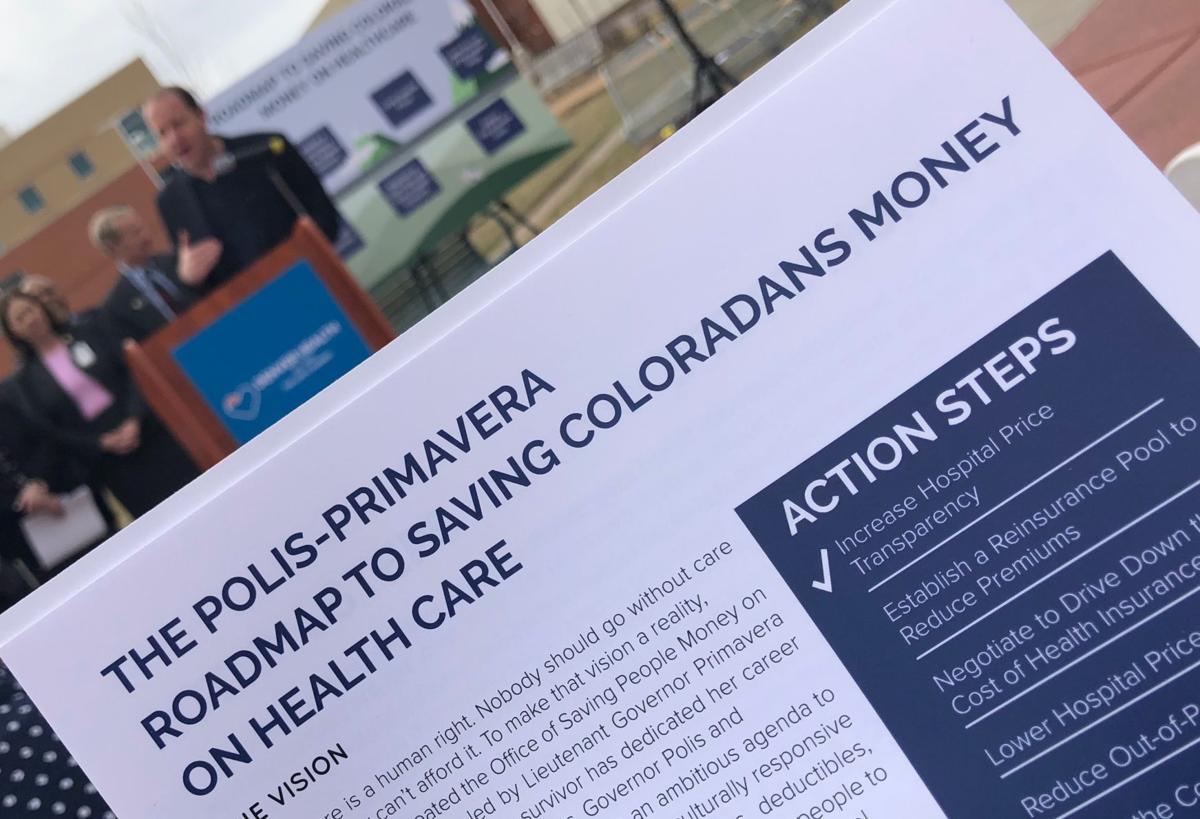 Gov. Jared Polis talks about his plan to save Coloradans money on the insurance and health care costs during a press conference at Denver Health Medical Center on April 4, 2019.

Gov. Jared Polis talks about his plan to save Coloradans money on the insurance and health care costs during a press conference at Denver Health Medical Center on April 4.

Gov. Jared Polis talks about his plan to save Coloradans money on the insurance and health care costs during a press conference at Denver Health Medical Center on April 4, 2019.

Standing a a podium outside Denver Health Medical Center Thursday, Colorado Gov. Jared Polis pointed out the ways his administration and legislators from both parties are tackling high insurance and health-care costs.

The new governor campaigned on saving people money on health, and the "roadmap" he presented will make that happen both in the short term and long, he said.

"We're Colorado," Polis told an audience of policy makers, medical professionals and the press. "We're all about innovation."

The plan includes several bills pending in the legislature, as well as steps his administration is taking and local partnerships from healthy school lunches to reshuffling the deck on how insurance premiums are calculated.

He also pointed to Senate Bill 5, which would allow the importation of common but expensive drugs from Canada, where the same medications cost a fraction of prices charged in the U.S. That measure is slated for a hearing in the House Health & Insurance Committee on April 10.

His plan puts an emphasis on primary care and preventive medicine to keep people away from expensive hospital stays.

Polis promised healthier school lunches, which, coupled with his promise of free all-day preschool, will improve public health for children and families, he said.

This week, Sen. Kerry Donovan, D-Vail, helped pass a bill out of the Senate to make it easier for individuals to band together in cooperatives to seek group insurance plans. Senate Bill 4 still must pass the House and get to Polis' desk before the session ends on May 3.

Polis said Coloradans, on average, are paying one-third of their household budget on insurance and other healthcare costs.

The governor said the legislative effort has been bipartisan, singling out Sen. Bob Rankin, R-Carbondale, for his work on a House Bill 1168, which would create a "pool" for cover high-cost claims rather than let those drive up premiums for everyone else.

The House is set to vote on that bill Friday. Polis said ratepayers for individual policies across Colorado could see an immediate reduction in rates, an average about 20 percent and as high as 30 percent on the Western Slope.

"We really are making history here in Colorado," he said. "Whether you're a Republican, Democrat or independent, everyone who has run for state legislature, their constituents spoke with one loud voice: 'Do something about health care costs.'

"You know what? Our constituents are right ... Coloradans are sick and tired of being ripped off."

Rankin also was a co-sponsor of the new hospital pricing transparency law.

She said she became a lifetime advocate on the issue, "because I knew I wasn't alone. Many families can't keep up."