A draft plan to set up the Department of Early Childhood, established through legislation in the 2021 session, is ready for public review.

The Department of Human Services has set up a series of  listening sessions for next week to gather public comment on the new state department.

House Bill 1304 created the 20th and newest state department and was signed into law by Gov. Jared Polis on June 23. The state constitution limits the number of principal departments (which isn't defined) to 20.

The law required the creation of a transition Plan to be presented to the Early Childhood Leadership Commission, the Governor, and the General Assembly.

HB 1304 was intended to put into law the provisions of 2020's Proposition EE, which levied higher taxes on tobacco products in order to fund early childhood support services. The measure, however, did not call for the establishment of a new state department.

That came months after the November 2020 approval of Prop EE. The draft plan, in its discussion of Prop EE, said a "Preschool Policy Development process" found challenges that underpinned the entire early childhood system. Those challenges prompted the state's Early Childhood Learning Commission to recommend during the 2021 legislative session the creation of a new state agency that would "consolidate the various authorities, programs and funding streams that exist across state agencies."

The plan also recommended the hiring of an executive director, who would have rulemaking authority.

The Department of Early Childhood (DEC), will be responsible for the launch of the state's voluntary preschool program, funded by Prop EE, which will provide 10 hours of preschool for all Colorado four-year-olds, the draft plan said. That program is slated to begin in July, 2023.

Among the recommendations: the DEC should have a leadership team working with its executive director, with programs organized around the functions of the early childhood system, instead of administration of individual programs and grants.

The draft plan anticipates legislation in the 2022 session to move the programs from other state agencies to DEC, as well as giving the DEC legislative and regulatory power over state and federal funding tied to those programs.

The  listening tour will be held from Oct. 11-15 in nine communities, plus two virtual listening tours, to be broadcast in English and Spanish. 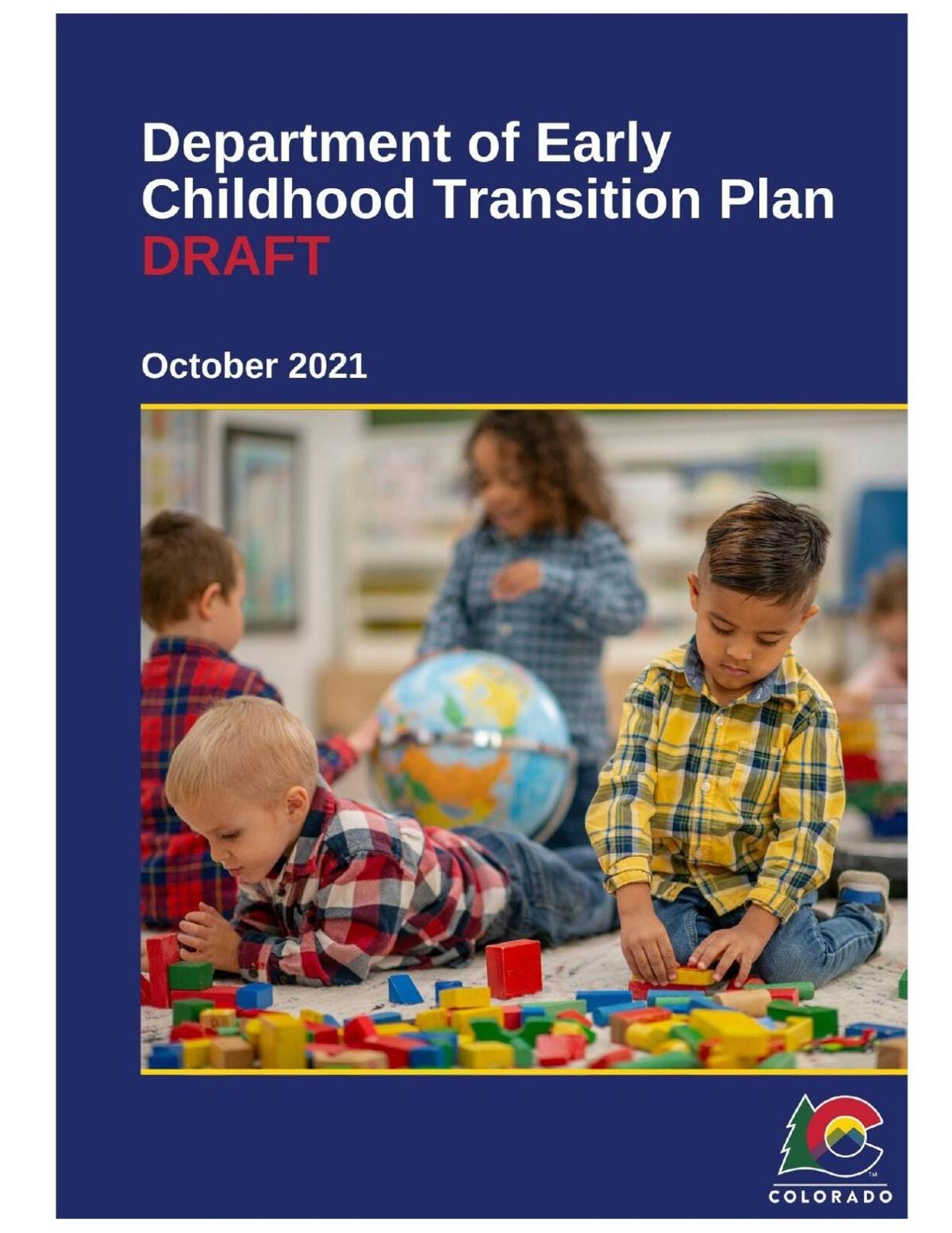 The state's Office of Early Childhood, within the Department of Human Services, has been awarded $275 million from the American Rescue Plan to help families with young children, childcare providers and other early childhood professionals.