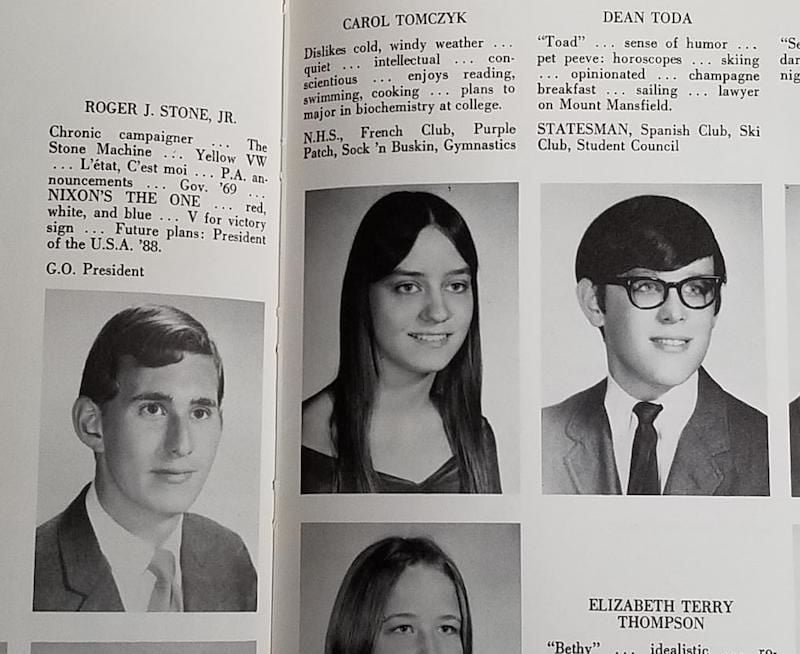 Retired Colorado politico Dean Toda shared space in the 1970 John Jay High School yearbook with Roger Stone, a central figure in the investigation into whether Donald Trump's presidential campaign was in cahoots with Russian operatives. 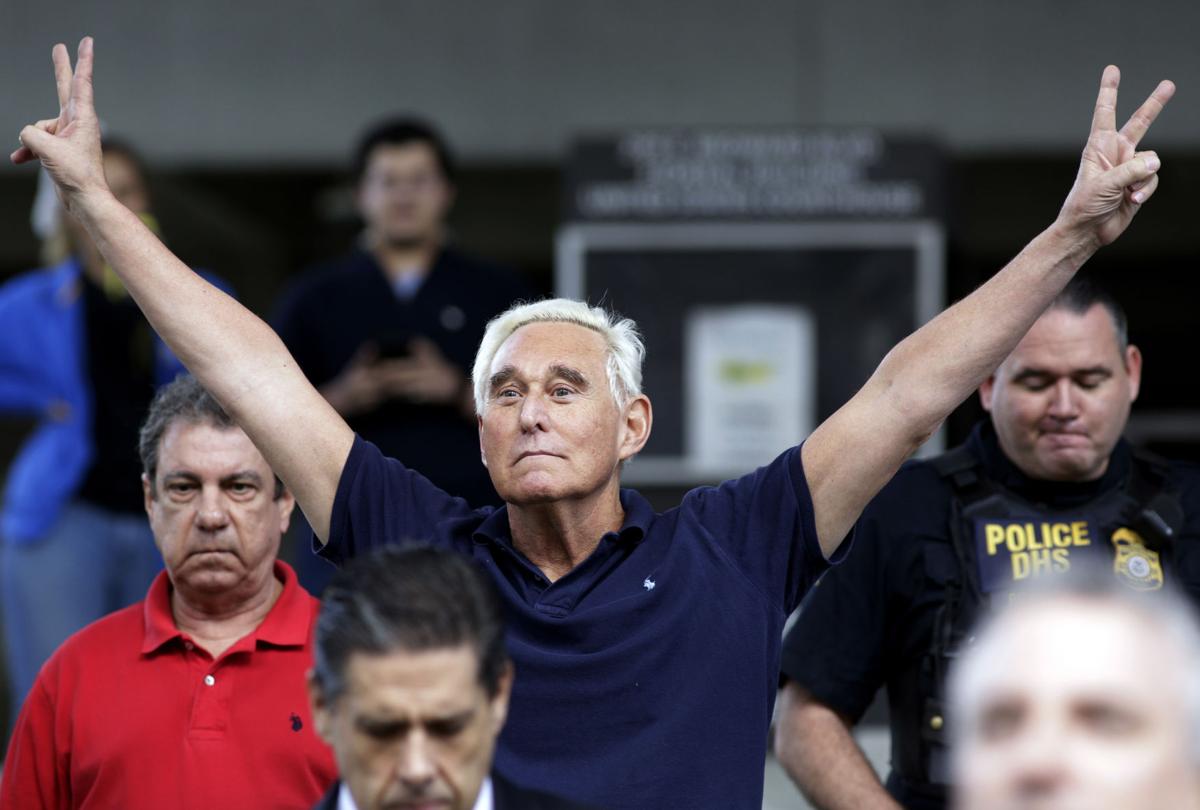 Retired Colorado politico Dean Toda shared space in the 1970 John Jay High School yearbook with Roger Stone, a central figure in the investigation into whether Donald Trump's presidential campaign was in cahoots with Russian operatives.

Chill out, parents. High school, at best, is a fortune cookie for how somebody turns out; it basically predicts a vague direction. A prime example of national proportion runs through Colorado.

My friend and mentor Dean Toda is a former New York Times and Colorado Springs Gazette editor, before he became a campaign member for Andrew Romanoff's U.S. Senate run in 2010 and then spokesman (and much more) for the state House Democrats. He retired last year.

In high school they called him Toad. He loved to ski and sail, and his pet peeve was horoscopes. That’s according to the profile in his yearbook for the class of 1970 at John Jay High School in Westchester County, New York.

In a class of about 250, Toda can really only clearly remember one direct interaction with Stone, when he sought Toda’s vote in a student council race.

"I really didn't know him well," Toda told me. "It was obvious back then he was a big fan of Dick Nixon, but back in 1968-'69-'70 that wasn't unusual. This was before Watergate. Millions of people liked Dick Nixon back then."

Stone, however, memorialized his loyalty with "NIXON'S THE ONE" in his yearbook profile.

According to a 2008 profile in the New Yorker magazine, Stone had Nixon's smiling face tattooed on his back, just below his neck. "Women love it," he told the writer, Jeffrey Toobin.

Style was always a thing for Stone, it appears.

Toda wore round glasses and participated in student government at John Jay. His hippie phase didn't kick until he was studying philosophy at Vassar College.

Stone was all about the politics from early on. When he was 13 in 1965 he would take the train into New York City on the weekends to work on William F. Buckley's unsuccessful mayoral campaign, Stone has told those writing about him. Before he graduated high school, he was such a Republican activist, Stone already was advising local candidates, he said.

In a lengthy 1986 profile in the Washington Post (“The Rise and Gall of Roger Stone"), John Jay High social studies teacher John Wirchansky said, “nobody could forget Roger Stone.”

"Politics was his life,” Wirchansky said. “When he ran for student council president, they had bunting, people coming down the aisles in hats. He put on quite a show. We never had another person like him."

After graduation, Stone moved to Washington to start an unfinished education at George Washington University. He soon was picked to be president of the District of Columbia Young Republicans and took off like a rocket into Republican politics.

He was a player in the Watergate investigation into Dick's dirty tricks. Stone made a campaign contribution in the name of the Young Socialist Alliance to Pete McCloskey, a California Republican congressman who ran against Nixon in 1972 on an anti-war platform.

Stone tried to leverage the dirty trick to kneecap McCloskey's bid. Separately, Stone found an operative to spy on the Quakers who were protesting for peace outside the White House.

"Was he a schemer, was he a plotter when it came to student council politics?" Toda recalled. "Yeah, maybe he was a little bit. But let me put it this way: There was no indication that this Richard Nixon fan, out of millions of Richard Nixon fans, would turn out to be the prince of darkness."

That princely nickname, by the way, is one Stone loves.

Stone, however, could be the link that ties President Trump to the Democratic Party emails stolen by Russians that possibly tipped the 2016 election. Stone faces charges from the special counsel that he was the conduit before the Trump campaign and WikiLeaks.

Stone once embraced the boast during the campaign, but now denies it, with his freedom and Trump's presidency in the balance.

But from what he knew of Stone in high school, Toda has no bad memories of the guy. Their politics certainly took them in opposite directions.

"From what I knew of him, I don't bear any personal animus toward him," Toda said. "I sort of loathe him for what I know of his life since we were in high school together, but based on my personal recollection of him, I don't have anything against him."

As far as early promise goes, neither Stone nor Toda showed as much as a senior at Fox Lane High School, about 10 miles over from their school. In May 1970, the local paper reported Susan Dey was off to Hollywood to star in a new TV show, “The Partridge Family.”

“We’re all still in a daze,” the mother of the future Laurie Partridge told the local paper, the Patent Trader.

INSIGHTS | Older Colorado drivers catch a cyber-break at the Capitol

Joey Bunch: "With Gov. Jared Polis' signature, the legislation would change the age to 80, and all drivers younger than that have to attest they've had an eye exam in the past year. Those older than 80 would still have a doctor's note showing an exam the previous six months."