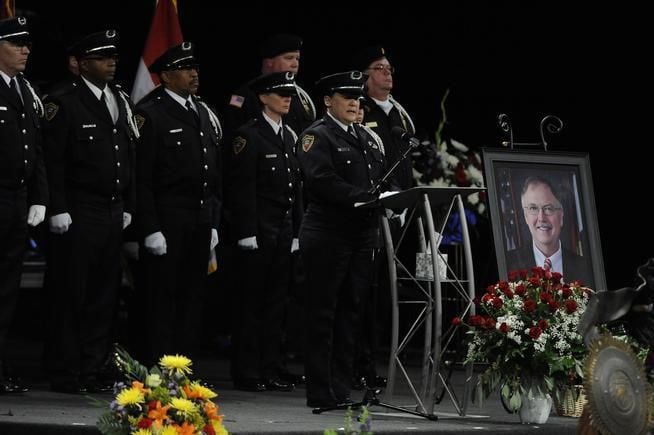 The public memorial service for Tom Clements at the New Life Church in Colorado Springs on  March 25, 2013. 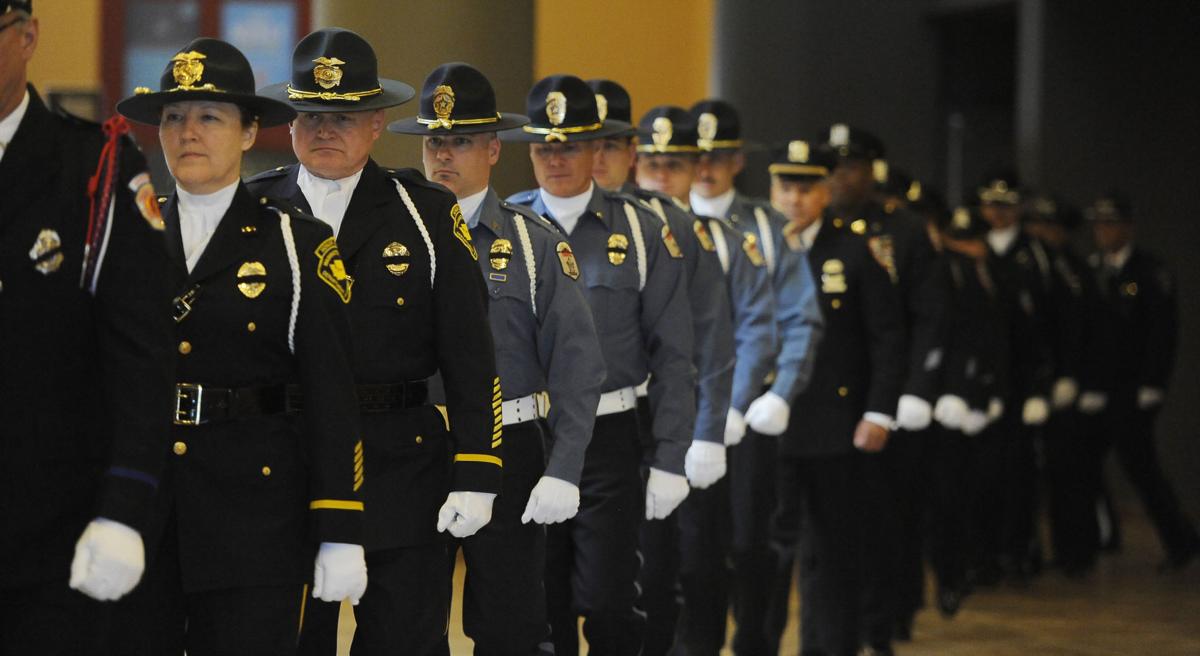 Law enforcement and corrections officers file into the memorial service for Tom Clements. The public memorial for the chief executive of the Department of Corrections was held at New Life Church in Colorado Springs, Colorado on Monday, March 25, 2013. (The Gazette/Jerilee Bennett) 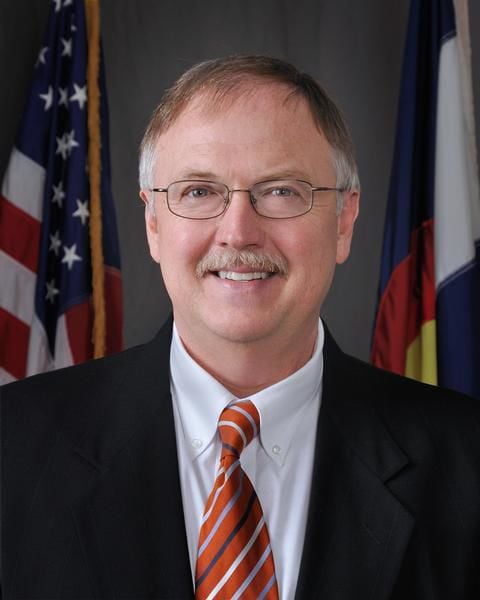 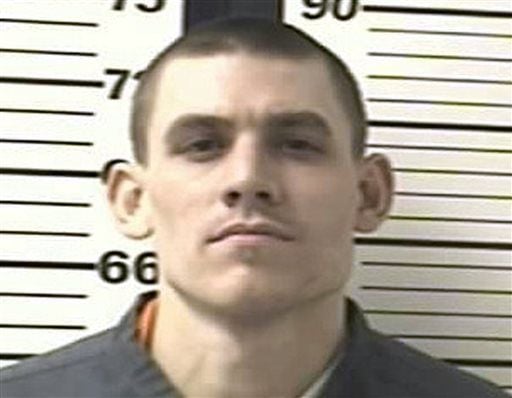 The public memorial service for Tom Clements at the New Life Church in Colorado Springs on  March 25, 2013.

Law enforcement and corrections officers file into the memorial service for Tom Clements. The public memorial for the chief executive of the Department of Corrections was held at New Life Church in Colorado Springs, Colorado on Monday, March 25, 2013. (The Gazette/Jerilee Bennett)

Benjamin Davis, the founder of a white supremacist gang, was so sure other gang members conspired to assassinate Colorado prison chief Tom Clements that he agreed to wear a law enforcement wire to record and collect evidence against inmates he identified as likely involved, say three people with ties to the investigation.

El Paso County Sheriff Bill Elder, whose office is in charge of the investigation into Clements' murder, has insisted there was no conspiracy and maintained that Evan Ebel, a 211 Crew member, acted on his own in the March 19, 2013, murder of Clements.

Elder’s stance and the absence of conspiracy indictments by 4th Judicial District Attorney Dan May have long angered others in law enforcement who maintain ample evidence exists to prosecute other 211 Crew members as potential co-conspirators.

The Gazette’s discovery that Davis, the founder of the 211 Crew, told investigators he believed others in the gang were complicit bolsters previously disclosed evidence pointing to the possible involvement of others in the 211 Crew hierarchy.

A widely reported investigative report from a Texas Ranger detailed allegations from a confidential informant in Texas that said Ebel’s actions were directed and coordinated by another 211 Crew leader. That investigative report also revealed that law enforcement traced hundreds of phone calls and text messages on four phones used by Ebel and a half dozen 211 Crew members in the days before and after the slaying.

In addition, The Gazette has uncovered the existence of a previously unknown second confidential informant in Colorado who appears to have been offered immunity in exchange for testimony linking others in the 211 Crew in a conspiracy to murder Clements. And two investigators told The Gazette that several 211 Crew members turned off their cellphones hours before the murder of Clements and then turned their cellphones on shortly after the murder.

Davis, in a June 2014 interview at the El Paso County Sheriff’s Office with homicide investigators, said he doubted Ebel, the 211 Crew member federal authorities have identified as the gunman in the slaying of Clements, acted alone, according to Pfoff and two other people with knowledge of the interview.

Davis also denied to the investigators that he ordered the murder of Clements, the sources said.

Davis told the investigators that the attack was not something he would have sanctioned, those familiar with the interview added. Davis stressed during the interview that he did not have control of all of the gang’s operations and suspected others within the gang, without consulting him, ordered Ebel to kill Clements and coordinated Ebel’s deadly attack, according to those familiar with his statements.

Davis went on to wear a wire, recording in prison with the assistance and coordination of Colorado prison investigators, according to those familiar with what transpired.

Jacqueline Kirby, a spokeswoman for Elder, who in the past has said he doubted Ebel had any assistance or direction from other 211 crew members, would neither confirm nor deny the existence of any wire recordings through the use of Davis.

“I can tell you definitively that Evan Ebel is the only one who killed Tom Clements,” press reports quoted Elder as telling a group of reporters in August 2016. “To make the leap that there was a giant conspiracy is not supported by the evidence.”

After wearing the wire, Davis eventually was transferred to the Wyoming State Penitentiary in Rawlins, where authorities have said he killed himself in 2017.

Davis, known as "Lep" or "The Leprechaun" by gang members, was serving a sentence so lengthy it was essentially a life sentence at the time of his death. Court documents show he founded the gang after a beating by a black inmate left him with a broken jaw. At the time of his suicide, he was serving a 96-year prison sentence for violations of the Colorado Organized Crime Control Act and for solicitation to commit second-degree assault.

In a November 2015 letter to a Denver District Court judge, Davis said he would have Department of Corrections personnel contact the judge to “verify my changes for the positive and the work I have done.” His letter makes no reference to his assistance in the Clements murder investigation, but in it he renounced the gang lifestyle and said he had written an anti-gang book urging children and young men to refrain from joining gangs.

“I used archaic Latin phrases and concepts which belong to an earlier time but translate well the pitfalls of crime and gang life,” Davis wrote in the letter, adding that he had drawn inspiration from the Inferno section in Dante Alighieri’s 14th century lengthy poem "Divine Comedy" and from the Roman poet Virgil’s writings in "Aeneid."

Two of the sources, with direct knowledge of the wire, asked that they not be identified due to the sensitivity of the matter and out of fear they could be subjected to retribution from prosecutors and current investigators they contend have been negligent for not aggressively pursuing indictments against potential 211 Crew co-conspirators.

The use of the wire was confirmed by Pfoff, the retired El Paso County sheriff’s detective. Pfoff said he did not directly participate in the wire but knew of it because of his involvement in the Clements homicide investigation.

The evidence supporting a 211 Crew conspiracy in what is one of the most notorious killings in Colorado history includes statements from two confidential informants.

Previous news reports detailed that a confidential informant in Texas who was a member of the 211 Crew cooperated with El Paso County investigators, the Texas Rangers and El Paso County prosecutors.

That informant, according to the widely disseminated Texas Rangers investigative report obtained by The Gazette, said that James “Jimbo” Lohr, a general in the 211 Crew and the gang’s ranking leader in Colorado Springs, ordered the killing of Clements.

That informant, a soldier in the 211 Crew, added that Lohr asked him to house Ebel after Ebel fled to Texas after killing pizza delivery man Nathan Leon and using Leon’s Domino's uniform as a disguise to allow him to gain access to the front door of Clements' home in Monument. The informant added that Ebel had to kill Clements because he had run afoul of the 211 Crew founder Davis while in prison and was in debt to the 211 Crew.

In past news reports, Lohr has denied any connection to the killings of Leon or Clements, and neither he nor other 211 Crew suspects identified in the Texas Rangers investigative report have been charged as accomplices in the Clements murder.

But a copy of a signed May 2, 2013, letter from El Paso Chief Deputy District Attorney Jeff Lindsey to the informant states: “After considering your decision to assist in the prosecution of those responsible for the planning, conspiracy/and or solicitation to commit the homicide of Tom Clements, the District Attorney’s office for the 4th Judicial District, state of Colorado, is willing to submit this letter to you.”

The letter, given to The Gazette by past investigators unhappy with the status of the investigation, states that in exchange for “a truthful statement and potentially truthful testimony” against others involved in the killing, prosecutors would grant the informant immunity from prosecution.

A previously undisclosed second confidential informant has been uncovered by The Gazette. That informant, according to two sources familiar with the case, disclosed communications in and out of the prison system between 211 Crew members and also helped investigators understand the gang’s system for spreading messages.

The Gazette obtained from sources with ties to the investigation another letter, prepared for the signature of Deputy District Attorney Donna Billek. That letter offered immunity from prosecution if the second informant, a 211 Crew member serving a prison sentence, helped build a conspiracy case. The copy of the letter, obtained by The Gazette from people who had ties to the investigation, is unsigned.

The informant, who is still serving a prison sentence stemming from an assault, had contacted Colorado corrections investigators with information about the killing of Clements, the letter states.

“The investigators with the Colorado Department of Corrections have informed this office you are interested in cooperating in the prosecution of those potentially responsible for the homicide that occurred in Monument, Colorado,” the letter adds. “It is my understanding that ... as part of your cooperation you are requesting some type of immunity and that the Department of Corrections will keep you safe.”

The letter states that the prosecution will offer such immunity after “considering your decision to assist in the prosecution of those responsible for the planning, conspiracy and/or solicitation to commit the homicide of Thomas Clements.”

Despite the immunity letters, The Gazette could not determine whether sworn testimony ever was provided by the two confidential informants.

Editor's note: This article was updated at 9:20 a.m. Aug. 19 to correct the spelling of Clements' last name and Rawlins, Wyoming.

The new discovery of recorded conversations between Evan Ebel and a federal prisoner further calls into question a push from El Paso County Sheriff Bill Elder to close the investigation into the murder of Clements, critics contend.