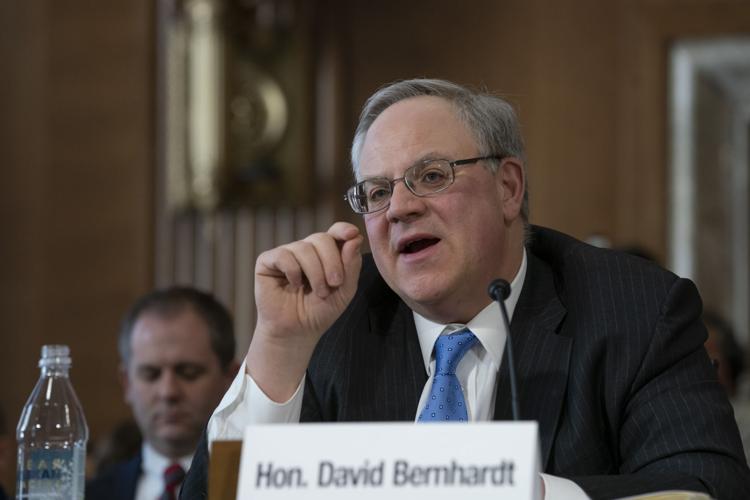 David Bernhardt speaks before the Senate Energy and Natural Resources Committee at his confirmation hearing to head the Interior Department, on Capitol Hill in Washington, Thursday, March 28, 2019. 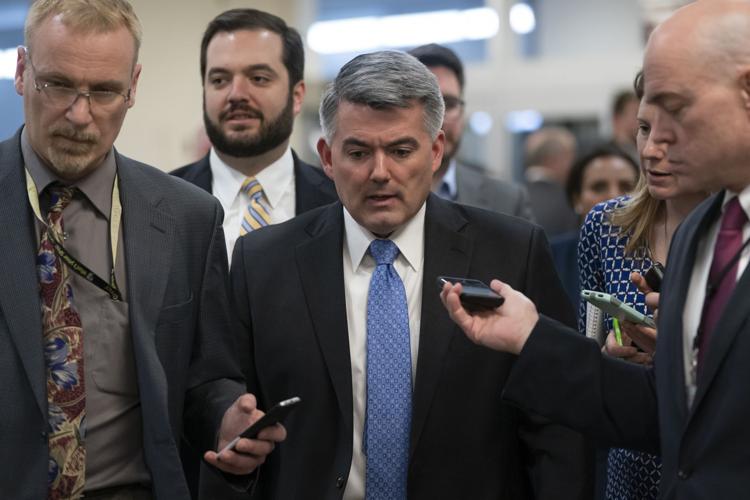 David Bernhardt speaks before the Senate Energy and Natural Resources Committee at his confirmation hearing to head the Interior Department, on Capitol Hill in Washington, Thursday, March 28, 2019.

“I am not claiming you are Big Oil’s guy,” said Sen. Ron Wyden, D-Oregon, at Bernhardt’s confirmation hearing before the Energy and Natural Resources Committee. “Big Oil’s lobbyists are making that claim.”

Wyden accused Bernhardt of lying to him about his ethics, citing a report this week gleaned from internal agency documents that then-Deputy Secretary Bernhardt helped block the release of a report assessing the threat of pesticides on endangered species.

Bernhardt recently invited himself to Wyden’s office, seeking to assure him of his independence despite his prior work at the Denver-based national law firm Brownstein Hyatt Farber Schreck, where he represented oil and gas companies and water districts.

The Interior nominee fiercely defended his ethics. He cast himself as a career public servant who is devoted to the agency’s conservation mission.

Bernhardt, 49, is a former high school dropout from Rifle on the Western Slope who earned his law degree from George Washington University before working at Interior from 2001 to 2009, and eventually rising to the No. 3 position at the department as its solicitor general.

The Senate confirmed Bernhardt as deputy secretary, the No. 2 position at Interior, in 2017, before he replaced Ryan Zinke as the agency's top acting official. Both Gardner and Democratic U.S. Sen. Michael Bennet of Colorado voted for Bernhardt then, but Bennet now opposes his nomination as secretary.

"No one dedicates nearly a decade of life to an organization unless they fundamentally believe in it," Bernhardt said.

“I know how important and devastating it is when folks at the top act in an unethical manner,” he added. “It affects the department across the board. We have implemented a number of things to change that pathway.”

Bernhardt added he has implemented “incredibly robust” screening processes to ensure he doesn’t meet with former firms or clients on “particular matters.” He boasted that only Oscar Chapman, a fellow Coloradan who was promoted from undersecretary to Interior secretary in 1949, had more experience working at the department as him.

Republicans jumped to Bernhardt’s defense, including Gardner, who accused Democrats of applying a “double standard” to Trump administration nominees.

He noted that Sally Jewell, a former Interior secretary in the Obama administration, worked for REI, an outdoor recreation company, and was easily confirmed to her government position.

“To attack the witness like this is why good people don't want to serve this country,” Gardner said, in response to Wyden’s questioning of Bernhardt.

Earlier, Gardner heaped praise on Bernhardt in remarks introducing the nominee, saying his " integrity and ability are assets that should bolster the case for his nomination, not detract from it."

But critics say Bernhardt has interpreted recusal decisions narrowly. Democrats say he has acted in ways that benefit broad industries he represented, by overseeing policies to ease permitting processes and environmental reviews to open more federal land and waters to oil and gas drilling, and reform endangered species protections to make the law less cumbersome and restrictive to developers.

“You are so conflicted, if you get confirmed [you] will have to disqualify yourself from so many matters I don't know how you will spend your day,” Wyden said. “Or you will make decisions that benefit former clients.”

For example, four months into Bernhardt’s tenure as deputy secretary, the agency approved permits for Eni Petroleum to drill off of Alaska’s coast, the first such permit granted to a company since 2015.

The Independent Petroleum Association of America, meanwhile, is among five of Bernhardt’s former clients that lobbied for the Interior Department's draft proposal to open nearly all federal waters to oil and gas drilling, according to the Center for Western Priorities.

Bernhardt, if confirmed, would oversee the department’s release later this year of a revised version of that plan. The original proposal, released by Zinke, drew outrage from coastal lawmakers and governors of both parties. Bernhardt said Thursday he would consider state opposition in the revised offshore drilling plan.

"There is three factors we have to look at under the law — that is one big one," Bernhardt said. "We start out big and winnow down [the amount of territory offered for leasing]. I don't think Secretary Zinke thought everything would be leased."

Bernhardt also assured senators that Interior does not favor fossil fuel development on public lands and waters over renewables.

Interior has 15 active offshore wind leases off the Atlantic Ocean that, if developed, could provide power to more than 6.5 million homes.

"I don’t think I can name a policy where we’ve not treated solar [or] wind equally fairly," Bernhardt said.

Republican committee chairwoman Sen. Lisa Murkowski, R-Alaska, however, pushed Bernhardt to do more to address climate change, with emissions on public lands representing 20 percent of the U.S. total. The Interior Department has proposed weakening a 2016 Obama-era regulation targeting venting and flaring, or burning, of methane from oil and gas operations on federal lands. Methane is a greenhouse gas more potent than carbon dioxide.

"We need to do more to address climate change," Murkowski said.

Bernhardt acknowledged the climate is changing and humans contribute to it, but he claimed there's "uncertainty" in projecting emissions and said he is concerned about the legal viability of agency regulations.

Many environmental activists have been critical of Bernhardt's nomination, although he has won support from some groups focused on hunting and fishing.

“In his time at Interior, David Bernhardt has taken a sledgehammer to wildlife protections, rolled back climate safeguards, and stripped public health rules, all to increase drilling and mining on our public lands," said Jennifer Rokala, executive director of the Denver-based Center for Western Priorities, in a statement Thursday.

> Interior’s No. 2 man sees Washington from a Colorado point of view