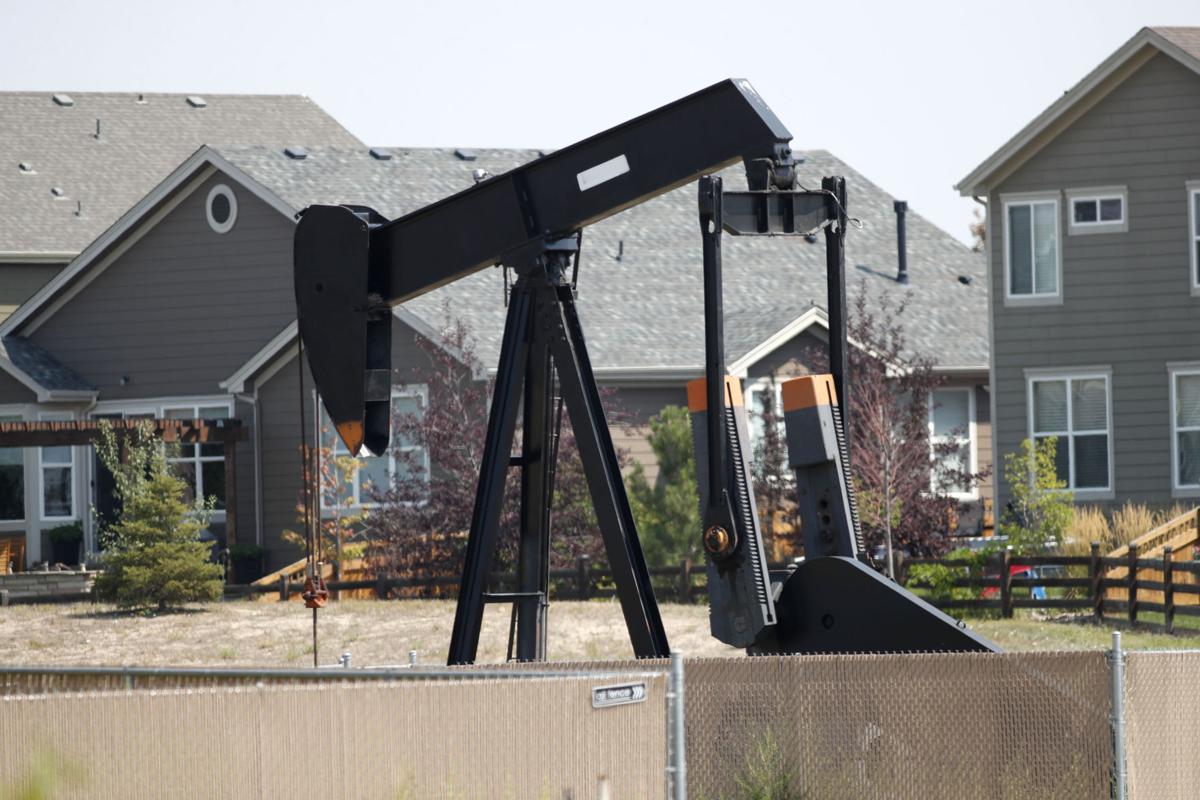 In this Aug. 16, 2018, file photo, a pump jack works in a recently constructed residential development in Frederick. 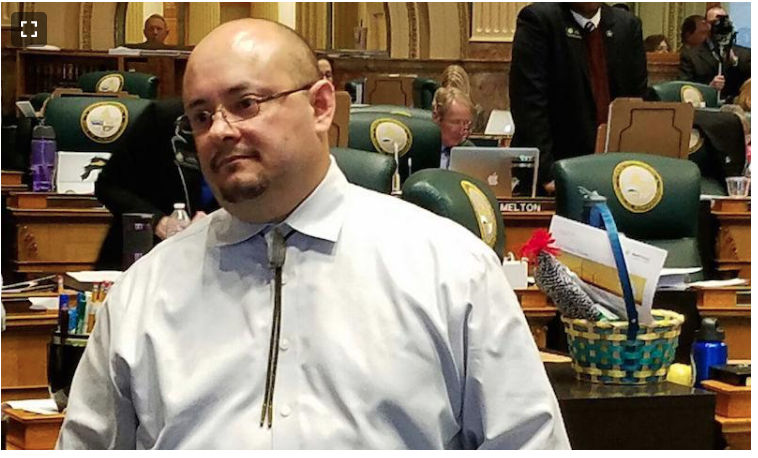 In this Aug. 16, 2018, file photo, a pump jack works in a recently constructed residential development in Frederick.

Grassroots anti-oil and gas group Colorado Rising has taken a neutral position — at least for now — on Senate Bill 181, the omnibus oil and gas bill that will be heard in a Senate committee Tuesday.

But the group's executive director, former state Rep. Joe Salazar, told reporters Monday that it would be "unconscionable and immoral" for any lawmaker to vote against the measure.

Salazar said that Colorado Rising -- which backed Proposition 112, the failed measure on last fall's state ballot to greatly increase buffer zones around oil and gas development sites -- has serious concerns about what's missing from the bill: requirements for oil and gas companies to increase the amount of bonds for mitigating impacts when a well shuts down.

Salazar said the industry currently puts up only $100,000 for remediation for all 20,000 wells in the state.

Colorado Rising also isn't happy with the bill's stance on "forced pooling," the law that allows an oil and gas company to obtain an order from the state to combine the mineral rights of a group of property owners into a cohesive drilling unit, even when one or more of the property owners do not consent.

Colorado Rising is suing the state on behalf of Broomfield homeowners over that issue, and Salazar said he believes forced pooling is unconstitutional.

Salazar's group does support the proposed change in mission and composition of the Colorado Oil and Gas Conservation Commission from its current mission of fostering the development of oil and gas to a mission that includes an emphasis on public health and safety.

The industry will pour millions of dollars into Colorado in the coming weeks to fight the bill, Salazar predicted.

He also addressed claims about who was at the table when the bill was drafted, stating that both his group and the oil and gas industry had been part of the process.

But prominent industry leaders take issue with the stakeholder process and say they were left out.

In a joint statement, Tracee Bentley and Dan Haley — the outgoing executive director of the Colorado Petroleum Council and the president and CEO of the Colorado Oil and Gas Association, respectively — asked for a more transparent stakeholder process “that includes impacted Coloradans, including local governments, environmental interests, regulators and industry.”

“Our elected leaders can’t be asked to vote on a bill this complicated and this encompassing — and one with such grave impacts — without first a legitimate dialogue,” the statement said.

The two executives said they are seeking a delay on Tuesday’s 2 p.m. hearing on the bill before the Senate Transportation & Energy Committee.

Sen. Steve Fenberg, D-Boulder, who is sponsoring the measure in the Senate, could not immediately be reached for comment on that request.

“It is unprecedented for a piece of legislation this large to be heard in committee just a few days after it has been introduced,” Hays said. “This wasn’t a mistake — it’s a planned attempt to get this bill through the Legislature as quickly as possible and prevent working Coloradans from speaking up.”

The Petroleum Council and COGA announced they were calling a rally outside the Capitol of "energy workers and supporters from across Colorado ... to protect and defend the hundreds of thousands of Colorado jobs supported by the state’s oil and gas industry."

Participants in the 11:30 a.m. rally will then "move inside to take seats at [the] committee hearing," an announcement said.

Meanwhile, Colorado Rising could change its neutral position to one of support if the bill leaves the Senate without changes, Salazar indicated.

What the group does support is the bill's view on local control: putting oil and gas regulations into the hands of local governments. That means a local government could regulate the siting of an oil and gas well, as well as regulate land use and surface impacts — including the ability to inspect oil and gas facilities and impose fines for leaks, spills and emissions.

"Expect a hodge-podge of ordinances" from local governments should the bill pass," Salazar predicted.

Suzanne Spiegel, who manages development for Colorado Rising, said such ordinances are more likely to take place in more active, progressive and affluent communities — think Boulder and Broomfield — and not in places like Weld County.

Another change that could come from local ordinances: setbacks. Anne Lee Foster, Colorado Rising's communications director, pointed out that local governments could increase distances between oil and gas wells and schools or homes, included in the group's failed 2018 ballot measure.

"This is a balancing of powers," Foster said.

Salazar won't be at Tuesday's hearing. As a recently former lawmaker, he is prohibited from lobbying on the bill — or any bill for the next two years — under the state's ethics law.

The measure would overhaul regulation of the state’s oil and gas industry and give local communities more say.