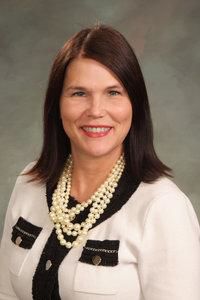 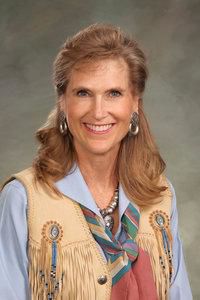 The Colorado House on Tuesday voted mostly along party lines to approve changes to the state's comprehensive sex education curriculum for public schools.

The measure -- House Bill 1032 -- withstood six hours of opposition from legislative Republicans before it gained preliminary approval on Friday.

The bill passed on a 39-23 vote, with one Democrat, Rep. Don Valdez of La Jara, crossing the aisle to vote no with the Republicans.

Republican Rep. Perry Buck of Greeley on Friday focused on the bill's provisions calling for teaching youths about consent to having sex; she argued then that the definition of consent varies from one county to another.

Other opponents said that sex-ed curriculum should be solely the purview of local school districts and their school boards.

Tuesday's debate boiled down to one issue: How the curriculum teaches students about LGBT inclusion.

Republican Rep. Mark Baisley of Roxborough Park told his colleagues that "the spirit of the bill is not lost on anyone." The bill's intent, he said, is "to institute in our community the acceptance of those who struggle with acceptance, who are rejected from early on," referring to LGBT individuals.

"Don't step in between parents and their children," he pleaded.

HB 1032 would not require a school district to teach sex education. Those that do could no longer offer an "abstinence-only" curriculum, although abstinence could be taught as part of a comprehensive sex ed curriculum.

The bill also would increase the range of topics covered by sex ed to include consent, birth control and pregnancy, prevention of sexually transmitted disease, "healthy relationships" and sexual orientation.

Under the measure, curriculum could not include religious ideology or sectarian tenets or doctrines, nor could it use "shame-based or stigmatizing language or instructional tools ... or excluding the relational or sexual experiences of lesbian, gay, bisexual, or transgender individuals."

Democratic Rep. Susan Lontine of Denver, one of the bill's prime sponsors, reminded her colleagues Tuesday that parents have every opportunity to opt their kids out of sex ed, along with written notice beforehand.

And about being inclusive for LGBT children, Lontine spoke about her youth pastor when she was a child. "He was outed in the worst way" by the pastor of the church, who castigated and maligned "this good man and kicked him out of the church."

Lontine said she went home from church that day, crying, because she knew she would never see him again.

"We cannot ostracize people for their religious beliefs, nor should we for their sexual orientation or gender expression," added Democratic Rep. Leslie Herod of Denver, who is gay.

"This is not a conversation about religion versus LGBT people. There are Christians who are LGBT people. ... We cannot continue to use religion to divide us. There is only one judge and he is not in this room, sitting in these chairs. That judge is God. Do not use religion as a guise for homophobia," she said.

This bill will pass the House but it's going to the Senate, added Republican Rep. Lori Saine of Firestone, warning of the next fight to come.

CORRECTION: State Rep. Perry Buck was misidentified in an earlier version of this story.