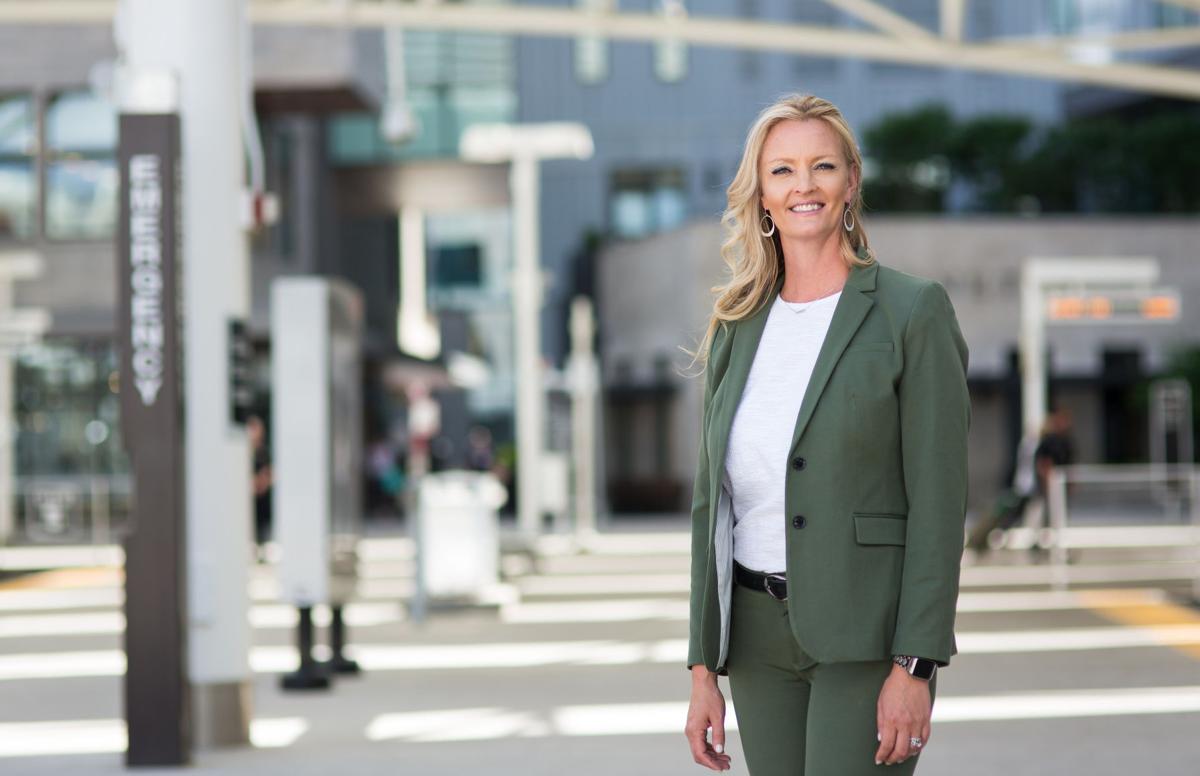 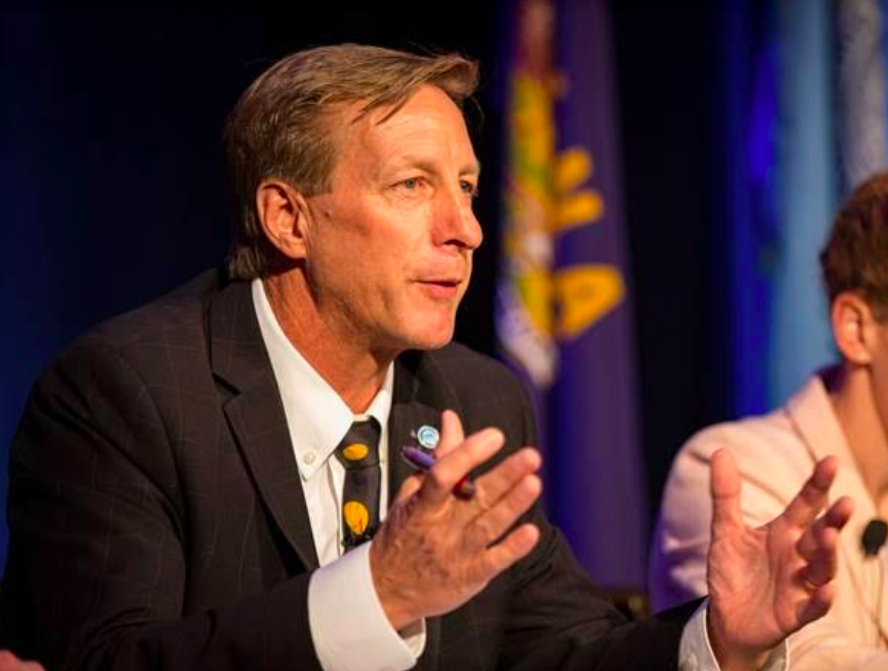 Jeff Wasden, president of the Colorado Business Roundtable, is taking his skills to Washington, D.C. 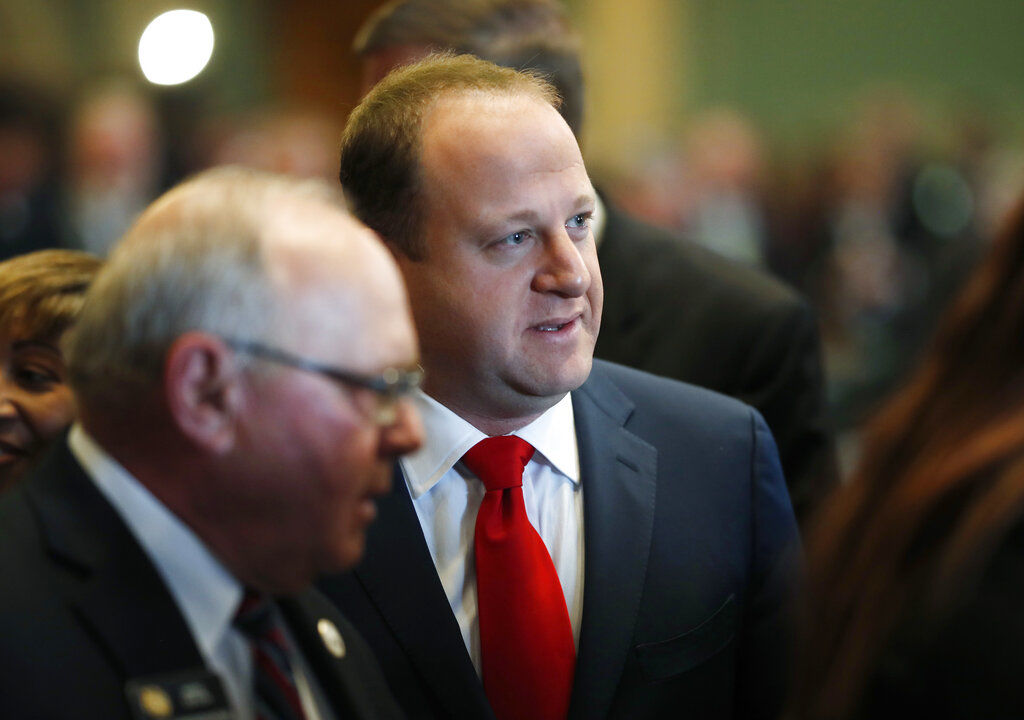 Business groups may be counting on new Democratic Gov. Jared Polis’ free-market instincts as an internet entrepreneur and self-made multimillionaire to head off his own party’s less business-friendly legislation.

Jeff Wasden, president of the Colorado Business Roundtable, is taking his skills to Washington, D.C.

Business groups may be counting on new Democratic Gov. Jared Polis’ free-market instincts as an internet entrepreneur and self-made multimillionaire to head off his own party’s less business-friendly legislation.

It looks like the other shoe is about to drop for Colorado’s business community in the 2019 legislative session following the Democratic Party’s sweep of state government — and takeover of the legislature — last Nov. 6.

The election’s blue tide has given cause for unease in some quarters of commerce and industry over what might come next. The anxiety may be especially acute for the state’s oil and gas industry — ever in the crosshairs of green-leaning Democrats — despite the industry’s success in defeating a proposal on the November ballot that some say would have all but shut down drilling on non-federal land statewide.

For the first time in four years, both chambers of the legislature are controlled by the Democratic Party, whose previous attempts to impose new mandates on business on behalf of employees were largely stymied by the Republican-led Senate.

Same goes for past Democratic efforts to crack down on fracking and oil and gas exploration in general; Republicans holding onto a tenuously thin majority in the upper chamber at the time had blunted wide-ranging Democratic attempts to roll back energy development. Now, business has lost that buffer.

No question, the election was a game changer -- though what the final score will be is still anyone’s guess.

Of course, don’t expect any of the business community’s leading voices to publicly acknowledge a case of the jitters, whatever misgivings they may hold.

Jeff Wasden, president of the Colorado Business Roundtable, says his members are approaching the session “with a sense of optimism, renewed purpose, and a strong desire to work collaboratively” with the governor and new legislative leadership.

If anything, business groups like Wasden’s and Bentley’s may be counting on new Democratic Gov. Jared Polis’ free-market instincts as an internet entrepreneur and self-made multimillionaire to head off his own party’s less business-friendly legislation.

“We are committed to finding common ground and working with the governor and legislature to pass pragmatic, thoughtful legislation. Gov. Polis is a businessman and understands many of the issues facing Colorado businesses,” Wasden said. “We have had the opportunity to work with then-Congressman Polis on issues such as immigration and trade. We have a great working relationship and found the governor listened to our concerns and suggestions.”

He added, “Gov. Polis has a ‘be bold’ mentality, and one common theme we have heard from our board is the innate desire to swing for the fences and have a significant impact. We have a great opportunity to take decisive action on key issues such as early childhood education, attainable housing, transportation and workforce.”

Polis’ pragmatism was arguably on display last fall as a gubernatorial candidate, when he declined to embrace ballot proposals to raise taxes for education and to curtail drilling — both supported by many in his party.

The subtext for business leaders now may be that the governor will use his clout as party standard bearer, and if needed, his veto pen to head off aggressive new mandates on business.

There’s likely to be a number of such mandates introduced this year — if last year’s session is any guide. In 2018, assorted measures posed by Democrats, who already held the majority in the House, were shot down by Senate Republicans in response to complaints from major business policy and advocacy groups that the legislation was bad for business.

There was a proposal for family and medical paid leave insurance for employees that would be funded by an employee-paid premium and administered by employers; a mandate for employee leave for voting; a couple of bills reining in employers regarding arbitration with employees; the list goes on.

It’s worth noting, however, that a number of bills opposed by business also were stopped in the Democratic-controlled House in 2018.

The bill mandating paid family leave — a perennial Democratic Party favorite — will be back; Polis mentioned it in his State of the State Speech last week.

Tony Gagliardi, longtime Colorado director for small-business advocacy group National Federation of Independent Business, issued a statement after Polis’ speech expressing a can-do attitude and a willingness to reach out even if he didn’t exactly embrace paid leave or other pending policy initiatives.

Wasden offered a sort of stand-down-for-now on family leave, observing, “We are very encouraged on issues such as family and medical leave that the bill sponsors have a true desire to get input from business leaders.”

Gagliardi added, “The governor’s health-care agenda is admirable, and we look forward to working with him to address the costs of providing health care. The question surrounding his plan is: How do we pay for such ambition? In the main, however, his speech hit on all the points meaningful for his supporters without unduly worrying others, which is to his credit.”

Meanwhile, Colorado’s oil and gas industry — comprising $30 billion-plus of the state’s overall economy — is bracing for more efforts like those in previous legislative sessions to restrict drilling. The industry has maintained that the public already has spoken loud and clear, defeating last fall’s Proposition 112 by a 13-point margin. The citizens initiative would have significantly increased mandatory drilling setbacks from other kinds of land uses.

Activists who supported the measure have countered that it failed only because the industry was willing to spend millions of dollars in negative advertising to assure its defeat. Democrats are sure to repeat that assertion in drafting new bills on the issue.

The Petroleum Council’s Bentley was cautious and measured at the prospect of more legislation.

“Our goal must be to balance record consumer demand, environmental protection, and affordability for every Colorado family,” she said. “We will evaluate any proposal with an eye to balancing environmental progress with a need for affordable, reliable energy for working families."

At the end of the day, business advocates are saying they have to keep moving forward regardless of which party is in charge at the Capitol. Mike Kopp, a Republican former state Senate minority leader who now is president and CEO of powerhouse business group Colorado Concern, put it this way:

“Every new legislative session, irrespective of its political makeup, comes with its own set of challenges and opportunities. We see a very capable set of new leaders who have demonstrated great bipartisan successes in the past. The focus of our energy will be to work in this space, particularly as it relates to what may be the state's greatest public policy challenge: Creating solutions that can solve our traffic congestion difficulties.”

Or, as NFIB-Colorado’s Gagliardi put it: “As always, NFIB is open to working with any group in efforts to allow for good, well-thought-out legislation. Issues such as health care and a good business climate are non-partisan issues as far as NFIB is concerned.”

INSIGHTS | When business is bad, government has to be better

What comes next has to come from a head for business, not a mind filled with politics.

The friendly face of a familiar former Coloradan is set to lead a new effort to communicate innovations and ideas across state lines.