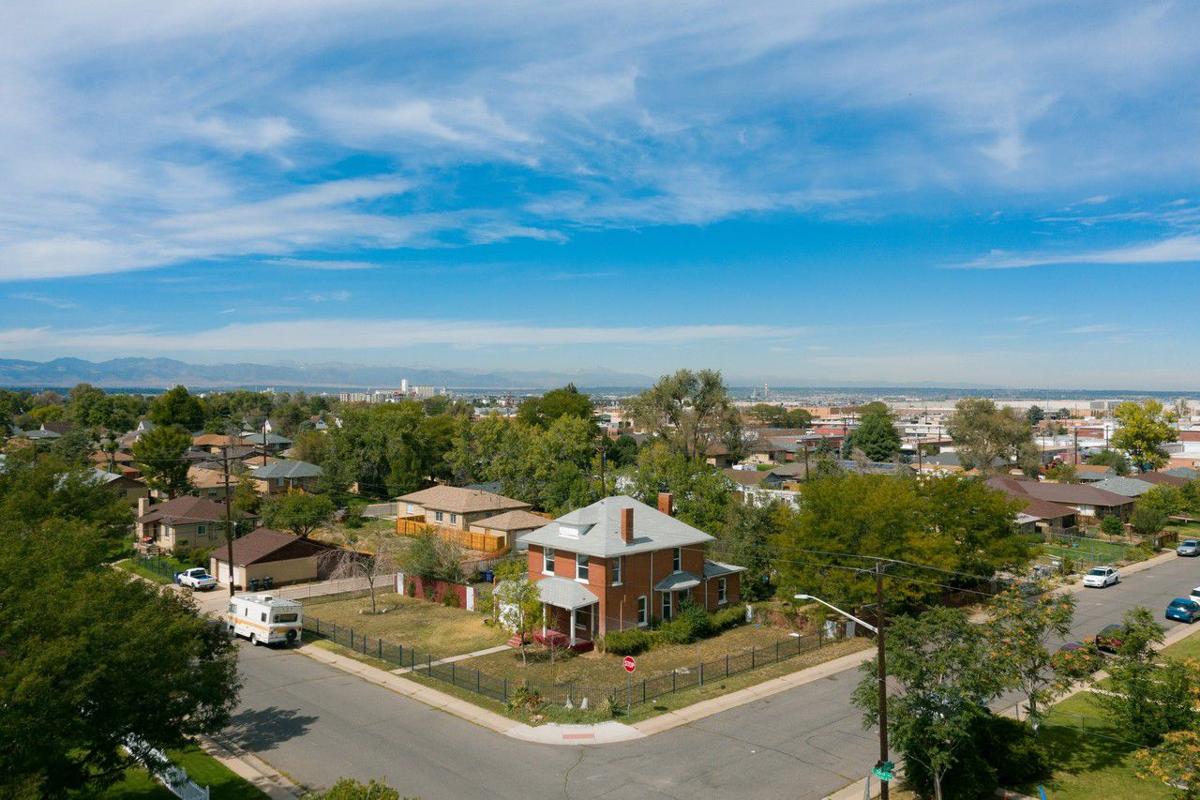 The Lewis family home, purchased in 1964, was in an area of Denver that had been off-limits to black homeowners. 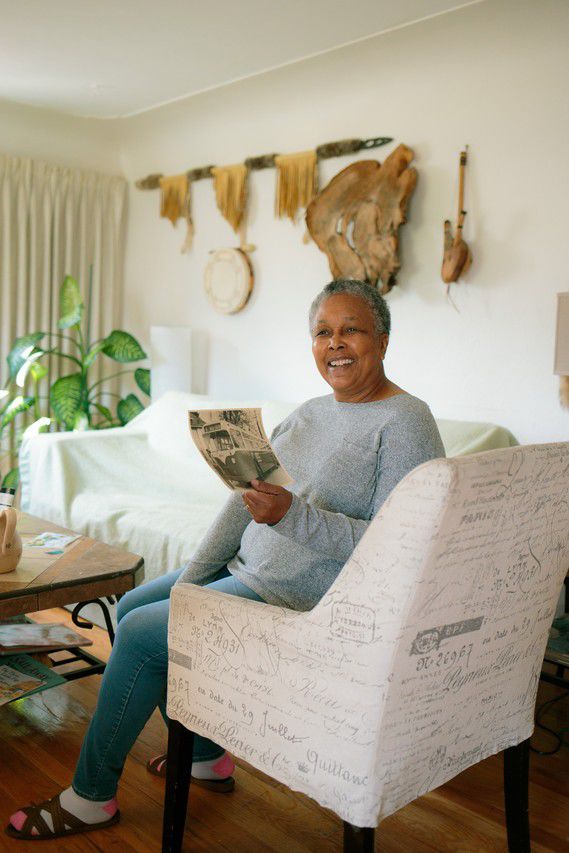 Rae Hunn was part of a failed effort to have a Denver home preserved as historically important to the local African-American community.

Merrill and Karen King had just signed a contract last October to sell their four-bedroom, four-bathroom, 3,096-square-foot home, and three adjacent buildable lots, in St. Petersburg, Florida, to a developer for $960,000. Their circa-1925 home was known locally as the Doc Webb property, named after a previous owner, James Earl “Doc” Webb, who in 1928 founded Webb’s City, a drugstore that is considered the precursor to the department store and that helped put St. Petersburg on the map.

The Kings had a letter from the city confirming the property could be divided into four buildable lots. They still needed a demolition permit, a condition of the purchase by David Weekley Homes, which intended to raze the house. They had made an offer on a new home elsewhere in the state and were preparing to move in early 2019.

On Nov. 9, 2018, they got a certified letter that stopped everything in its tracks.

“We were completely blindsided,” says King.

The letter announced that the city’s Community Planning and Preservation Commission had received a third-party application to designate their home as a historic property. If approved by the City Council, the property would be subject to historic-preservation guidelines.

While the review was under way, the ability to request a demo permit—and the sale to Weekley—was on hold and there was nothing the Kings could do about it.

Local historic districts date to the 1930s, when states and communities gave local towns the right to create historic areas and to establish rules on what could be done to structures inside the district, or to buildings deemed historic on their own. Those rules vary widely but generally govern changes to the exterior of a home viewable from a public way.

Potential buyers of property in an established historic district can learn before a purchase what changes are subject to oversight by a historic commission. But with third-party application, when anyone in a community can request a historic designation on a property at any time, homeowners wishing to demolish or significantly renovate the exterior of their home could be stopped by restrictions they never bargained for.

Preservationists view it as a crucial tool to save irreplaceable historic assets threatened by unchecked development. Homeowners find it to be a costly and unexpected additional burden.

“There’s a lot of desire to live in traditional neighborhoods” in St. Petersburg, said Derek Kilborn, manager of the city’s urban planning and historic-preservation division. “So, a lot of redevelopment pressure is occurring in those neighborhoods, and that often includes demo and replacement with new construction.”

The result, he says, is an uptick in third-party designation cases. When an owner opposes designation, the city requires at least six of St. Petersburg’s eight city councilors (or a commensurate percentage if there are fewer than eight councilors present) to vote in favor for it to pass, said Kilborn.

In Denver, the Lewis family battled a group of neighbors who tried to block them, using historic designation, from demolishing their family farmhouse, which they bought in 1964, according to the family’s lawyer, David Foster.

The two-bedroom, 1,900-square-foot home, built in 1905, isn’t in a historic district and wasn’t designated a historic property when the trust that owns the home submitted a request for a demolition permit in April.

Such requests are posted publicly in Denver if the Landmark Preservation staff determines the property is potentially eligible for landmark status. Anyone can apply for a third-party historic designation.

Rae Hunn, 75, one of the applicants for the third-party designation on the Lewis home, was born and raised in Denver. When she saw the demolition notices in front of the Lewis home, “I was mortified and angry,” she said. It was one of the last pieces of Denver’s black history, she added.

The home is east of Colorado Boulevard, in an area of the city that had been off-limits to black homeowners, she said.

“When the Lewises were able to buy east of Colorado Boulevard, the black community was so proud,” said Hunn. “We were elated.”

The former owners of the home, Lawrence Lewis, who died in 2018, and his wife, Palecia Lewis, had put the home into a family trust. The trustees are their daughter, Pamela Ashby, a lawyer in Maryland, who declined to comment, and a nephew, Matt Watley, who didn’t respond to requests for comment. Their lawyer, Foster, said the family intends to redevelop the property with new residences.

The review of the Lewis home dragged on for months. The family spent more than $15,000 on legal fees and on developing documentation showing the home wasn’t historic, said Foster. On July 23, the Landmarks Preservation board ruled in the Lewis family’s favor and they were granted a demolition permit.

Sometimes a government body, like a neighborhood association or a city council, introduces historic designation on nonhistoric neighborhoods. Unlike federal designation as a National Historic District, local ordinances often don’t require the cooperation of property owners in the proposed district.

Savannah, Georgia, has a downtown historic district that dates to 1973. It also recently designated three districts as “conservation districts,” requiring property owners in those districts to have demolition requests evaluated by the local historic board. More than 1,800 structures are under the new Ardsley Park/Chatham Crescent conservation district, approved last year, for example. Property-owner approval isn’t required for designations of an area.

That conservation designation was spearheaded by resident Nick Palumbo, former head of the area’s neighborhood association, who said neighbors were concerned about developers razing the large homes in the area and putting up properties not in keeping with the Tudor and Craftsman architecture.

Not one resident spoke out against the designation at the meeting, he said, when the City Council approved it unanimously.

Although Savannah allows third-party applications for historic designation of individual properties, the City Council has a policy not to approve one against a homeowner’s wishes. “Sometimes it results in the loss of something important, but it’s still a free country,” says Leah G. Michalak, historic-preservation director of the Chatham County-Savannah Metropolitan Planning Commission.

In communities like St. Petersburg that allow third-party designation against an owner’s wishes, the designation process can get nasty.

In February, shortly after Dowling filed her application, she and her husband made an offer to buy the Kings’ entire property for “not less than $750,000,” $210,000 less than the offer the Kings had.

The Kings say Dowling is abusing the designation process to force them to accept a lowball offer. Dowling, through an attorney, denies the accusations, and says she applied for the designation because “the Doc Webb property was determined by preservationists to be among one of only 110 homes in St. Petersburg deemed historically significant.”

The estate is listed in a 2016 city survey as being “potentially eligible” for landmark designation. King said Dowling and her husband, Derek Hess, had inquired several years before about buying one of the lots. Dowling’s attorney confirmed this.

When public hearings on Dowling’s third-party application began in April, the Kings started receiving threatening and angry social-media posts. People started showing up at their home, asking to tour the property. “I wouldn’t wish this on my worst enemy,” said King.

The Kings spent more than six months and over $30,000 on lawyers and on an architect to conduct an independent review, and “that doesn’t include all the time I took off from work,” said King, who, with his wife, owns a printing and advertising company.

Finally, in May 2019, the City Council voted that the Doc Webb property wasn’t historic. The home has since been demolished and the Kings have moved into their new home. They decline to say where it is, saying they are still concerned about receiving threats or hate mail. A spokesperson for Weekley said the company had never dealt with anything like the Florida purchase before.

The impact of the Kings’ case may be more far-reaching than they or Dowling anticipated. The Kings have filed a lawsuit alleging tortious interference against Dowling, her husband, a preservation group that participated in the designation effort, and the group’s attorney. Dowling, the group, and its attorney declined to comment. Hess didn’t respond to requests for comment.

Several lawyers who deal with historic preservation say it is the first suit they are aware of filed against a third-party applicant.

After the May hearing, the City Council instituted a six-month moratorium on third-party applications by individuals, as opposed to groups, for historic designation.

Brandi Gabbard, city councilor for St. Petersburg’s second district, says she and other councilors were disturbed by the rancorous nature of the process around the Doc Webb house and another third-party designation before the council.

“It was eye-opening,” said Gabbard. “Third-party designation is something I personally have a lot of strife with. I believe in the power of personal property rights.”

A hearing is scheduled on proposed changes to the ordinance just before the moratorium is set to expire. The proposals include a required 30-day owner-notification period before nonowners can apply for historic designation, and a requirement that applicants meet with their district’s city councilor to determine whether he or she will initiate the application instead of the nonowner.

“That would make a lot more sense when it comes to not pitting neighbor against neighbor, and that’s what we’d like to avoid,” Ms. Gabbard said.

Meanwhile, lawyers have this advice for home buyers: Don’t purchase a property that you intend to demolish or substantially renovate until the seller has the demo permit or a declaration of nonhistoric status in hand.

“It’s on our punchlist for all our clients,” said Foster.

The plaintiffs in a Colorado eminent domain case are asking the U.S. Supreme Court to weigh in.

For months, the owner of the Olinger Moore Howard Chapel in Berkeley has sought to sell the building for a townhome development, but historic preservationists are rallying to save it.