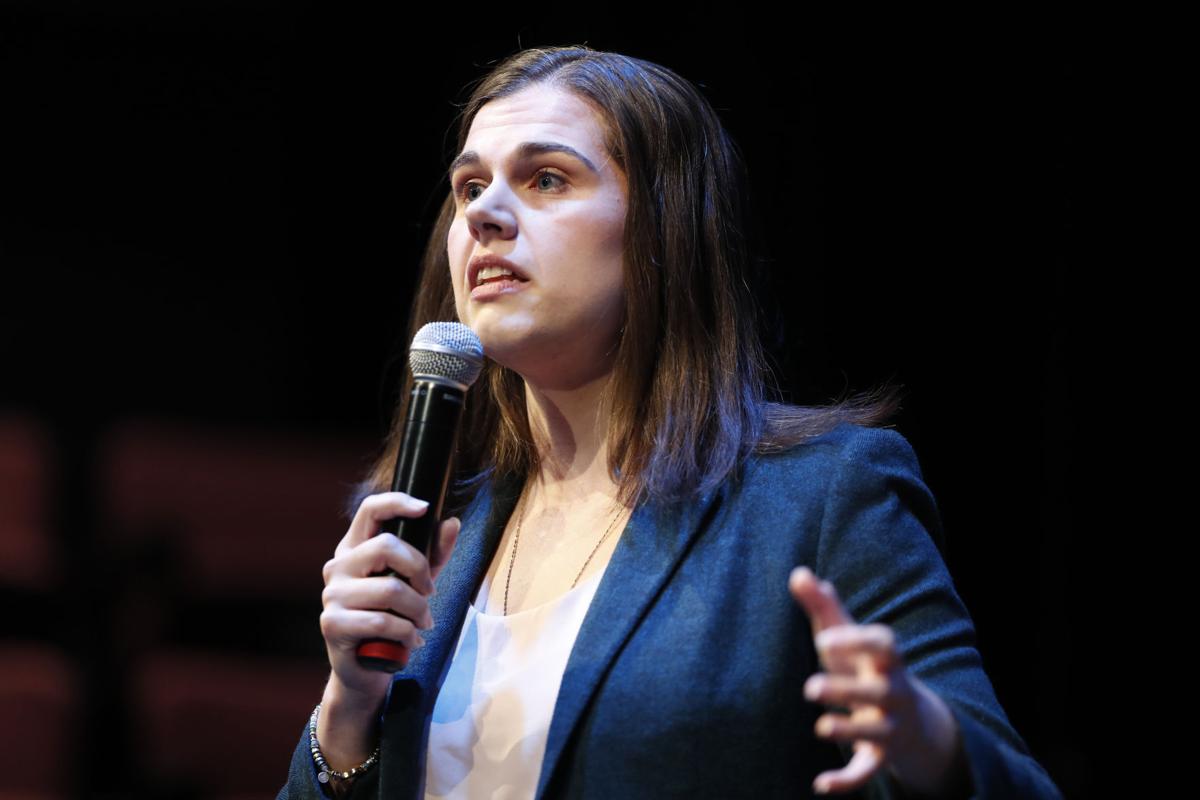 In this file photo, Jena Griswold, Colorado's secretary of state, speaks during the first stop of a statewide bus tour in October 2018 in Silverthorne, Colo. 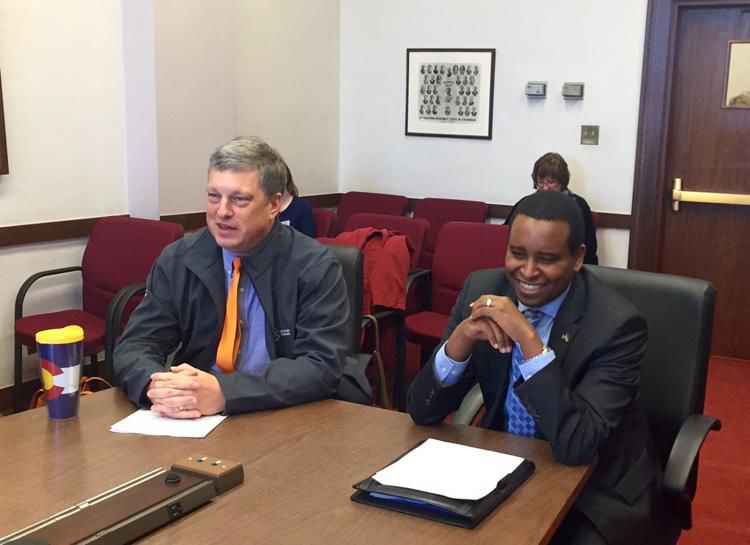 Republican Secretary of State Wayne Williams and Joe Neguse, head of the Colorado Department of Regulatory Affairs, before a state Senate committee in 2016. In a political twist, Williams nominated Neguse, the Democrat he beat for secretary of state in 2014, for his confirmation hearing as head of the state agency.
1 of 2

In this file photo, Jena Griswold, Colorado's secretary of state, speaks during the first stop of a statewide bus tour in October 2018 in Silverthorne, Colo.

Republican Secretary of State Wayne Williams and Joe Neguse, head of the Colorado Department of Regulatory Affairs, before a state Senate committee in 2016. In a political twist, Williams nominated Neguse, the Democrat he beat for secretary of state in 2014, for his confirmation hearing as head of the state agency.

A year ago, when the Colorado Democratic Party handed out awards at its annual Obama dinner, I had an issue with one of the award winners: Secretary of State Jena Griswold.

And it’s not because in 2018 she defeated my boss, the highly capable and surprisingly nonpartisan Wayne Williams, to become the first Democratic woman elected to the job in Colorado history.

One night when I ran into Griswold at a political event, I told her I didn’t think she should have gotten the Democratic Party’s Rising Star award.

Her eyes got even bigger.

That’s because I believed — wait for it, wait for it — she deserved the top award, Democrat of the Year, which went to Joe Neguse, the newly elected congressman in the 2nd Congressional District.

Don’t get me wrong. I’m a huge Neguse fan but, then, isn’t everybody?

In fact, the Colorado Democratic Party loves Neguse so much that at its virtual Obama dinner on June 20, Neguse received his fourth award from the party, this time for Rural Outreach.

I laughed earlier this spring when I saw he was getting honored again. I mean, come on, this is a party with plenty of contenders for awards. And what happens after Neguse becomes, say, a governor or a U.S. senator, posts that pundits predict they will see him in one day.

I first met Neguse when he worked as an aide to House Majority Leader Alice Madden in 2005. He then was elected to serve on the University of Colorado Board of Regents.

In 2014, Neguse ran against Williams, the El Paso County clerk and recorder, for secretary of state. It was a good year for Republicans who celebrated narrow wins: Congressman Cory Gardner defeated U.S. Sen. Mark Udall, the GOP took control of the state Senate for the first time in a decade and Williams became secretary of state.

The next year, the Colorado Democratic Party named Neguse its Rising Star. Again. Yes, he had received the same award five years earlier.

Lt. Gov. Joe Garcia presented the award to Neguse during the 2015 Jefferson-Jackson Dinner, the name of the Democrats’ annual fundraiser, until it was changed to the Obama dinner. (President Obama never owned slaves).

“When I look at Joe, I think that’s what I wish I was like when I was younger,” Garcia said, noting Neguse was student body president while at the University of Colorado, was elected to the CU board of regents when he was in law school, becoming the youngest regent ever, and was nominated by the Democratic Party for secretary of state when he was 29.

Neguse managed to turn the praise around in a way that had the crowd laughing.

“I will never,” Neguse said, “be as hip as our lieutenant governor.”

Gov. John Hickenlooper that spring nominated Neguse to serve as head of the state Department of Regulatory Affairs. He began the job immediately but it still needed official Senate confirmation. That’s why the following year, in February 2016, Neguse found himself appearing before a Republican-controlled Senate committee.

And in that wonderful and strange world that is politics, it was Secretary of State Williams who presented Neguse to senators.

“I am here as kind of a testament that you can run a campaign without wallowing in the mud or engaging in rancor,” Williams testified. “Joe and I had the opportunity to both run for secretary of state for more than a year and as we went across the state and showed up at different forums there were some things we disagreed on but there were also a lot of things we agreed on. And we did throughout the campaign keep it civil.”

He praised Neguse’s performance thus far in his new job — a sentiment widely shared by senators in both parties. Neguse was equally complimentary of Williams.

“His willingness to join me this afternoon is certainly a testament to his character,” Neguse said. “And as fate would have it, one of the silver linings of my campaign nearly two years ago for SOS was being able to have the privilege of getting to know my then opponent but now someone who I can call a colleague in state government, but more importantly a friend. So thank you, Secretary Williams.”

Fast forward. Congressman Jared Polis opted against seeking another term and vied for governor instead, and Neguse ran for Polis’ seat in the Boulder-based 2nd District.

I can’t think of another Democrat who had an easier path to winning a seat to Congress than Neguse. Think about it. Reps. Diana DeGette, Ed Perlmutter and Polis all had much tougher primaries in their first congressional election.

Neguse went on to win the general election, as did Polis and Griswold. It wasn’t even close. It was a banner year for anyone with a D behind his or her name because of the dislike for President Trump in Colorado.

But Griswold entered the race in 2017, back when most people assumed Williams would handily win re-election. He worked well with Democrats in the legislature and with the governor, and received accolades from the national press for his work on election security.

And a number of Democratic insiders weren’t excited about Griswold’s candidacy. She had a reputation for not working well with others and she had missed voting in some key elections.

But Griswold worked hard, campaigning across the state, even during the Colorado County Clerks Association’s summer conference in Salida in 2018, although she knew most clerks were big fans of the current secretary of state.

She also raised the money needed to go up on the air with compelling ads.

I thought all that made Secretary Griswold worthy of the top Democratic award.

It still stings that she won the election, but the people spoke. That‘s how a democracy works.

We should all remember that come November, when Colorado votes for a president and a U.S. senator.