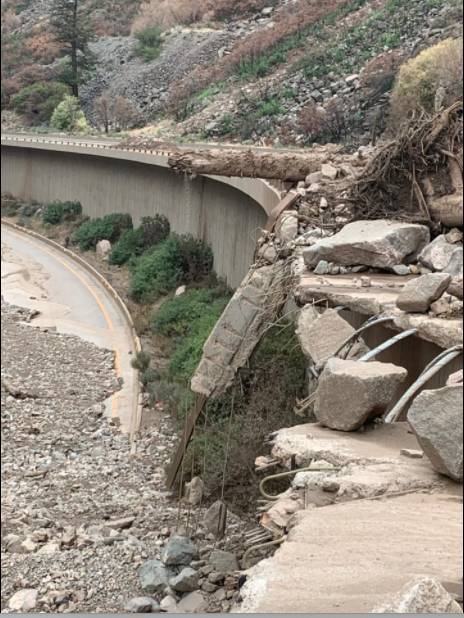 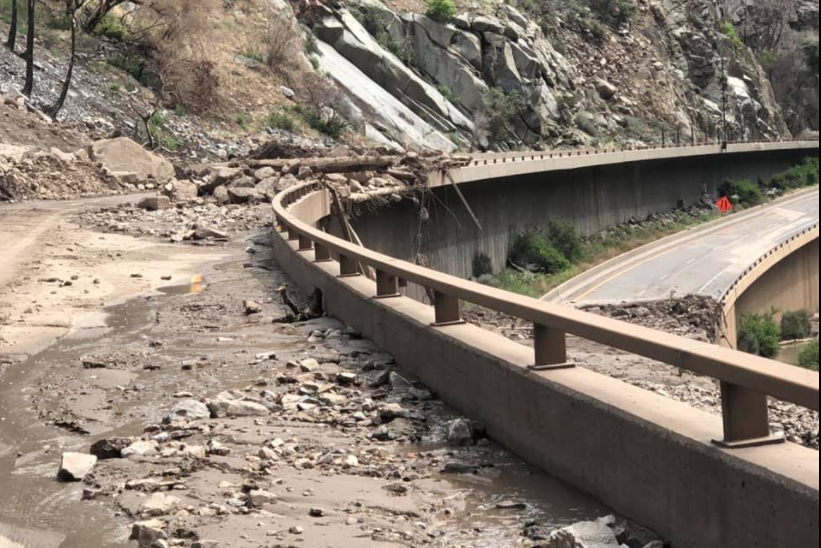 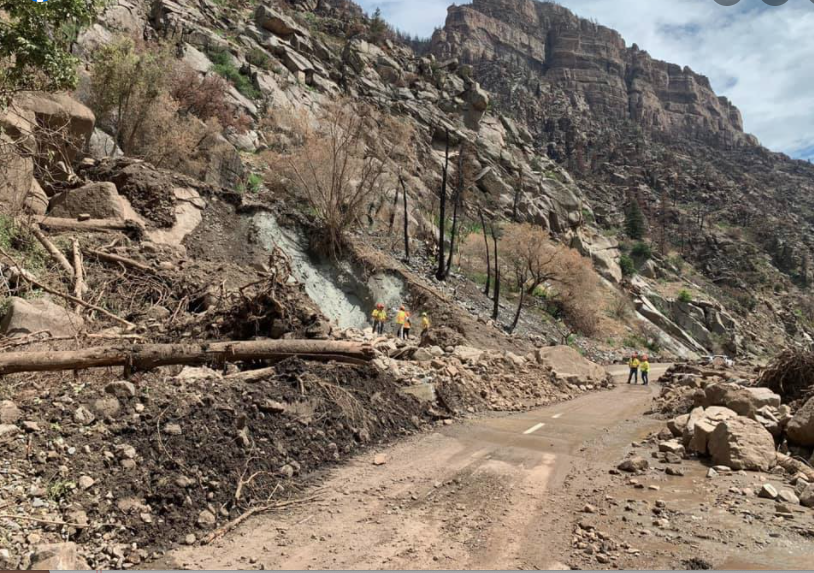 Gov. Jared Polis on Monday said he will ask the federal government to declare Glenwood Canyon a disaster area.

The canyon has been closed since around 9 p.m. on Thursday evening due to mudslides that have caused extensive damage to I-70. The interstate was open sporadically before that, also due to torrential rains and mudslides.

No date has been set for reopening the highway; Polis said during a Monday press conference it could be days or weeks.

The most recent mudslides have been beyond anything ever experienced in the past, according to an Aug. 1 release from Colorado Department of Transportation employees who are surveying the damage.

Polis, joined by CDOT Executive Director Shoshanna Lew and officials with the Department of Public Safety, said he has directed CDOT to get the highway open safely as soon as possible, likely to be one-lane in each direction, with hopes that the highway will be fully open by the start of ski season.

But the monsoon rains have slowed CDOT's progress in just assessing the damage. Lew said some portions of the highway are buried under 10 feet of mud. It didn't help matters that the canyon got four inches of rain in five days last week when the normal is 2.4 inches of rain for the entire month of July.

Some of the worst damage, surveyed by a drone, shows the Hanging Lake tunnel and surrounding area covered by debris; in some spots the debris has covered both the upper and lower decks of the highway and are threatening the railroad lines across the river from the highway. The Colorado River is also getting clogged with debris.

Polis initially planned to do a flyover of the canyon on Monday, but the weather caused a change in plans with a forecast of rain and hail for the devastated area Monday afternoon.

Stan Hilkey, executive director of the Department of Public Safety, said three agencies are working with CDOT on the problem: the state patrol, the division of fire prevention and the division of homeland security.

State Patrol Chief Matt Packard discussed the routes being recommended to get traffic around the closure. That involves state highways only; the detour over Cottonwood Pass near Gypsum is a county road and there are no immediate plans to upgrade that road.

US Highway 50 between Montrose and Gunnison, another detour route, had been closed during the week for a new road project and open only on weekends, but Lew said the project has been suspended in recognition of the need for additional arteries to get around the closure.

For commercial traffic, Colorado has been advising truckers to bypass Colorado and take Interstate 80 north of the state. Those only traveling for recreational purposes can take Colorado Highway 82 and cross Independence Pass, but the preferred route for recreational and commercial traffic in Colorado has been to use the north detour, which starts at Rifle on the west side and continues over US Highway 40 and Colorado Highway 9 to Silverthorne.

Polis said he hopes to survey the damage later this week. Given the historic fires in 2020, "we knew we would see severe burn scars and damage," Polis said. And monsoon moisture during the next few weeks means the threat is ongoing, he added.

"I can assure everyone that CDOT is doing everything in its power to reopen as soon as possible," he said.

Even with above-average precipitation in the last two months in all of Colorado's river basins, the state's average for this water year is still well below normal.