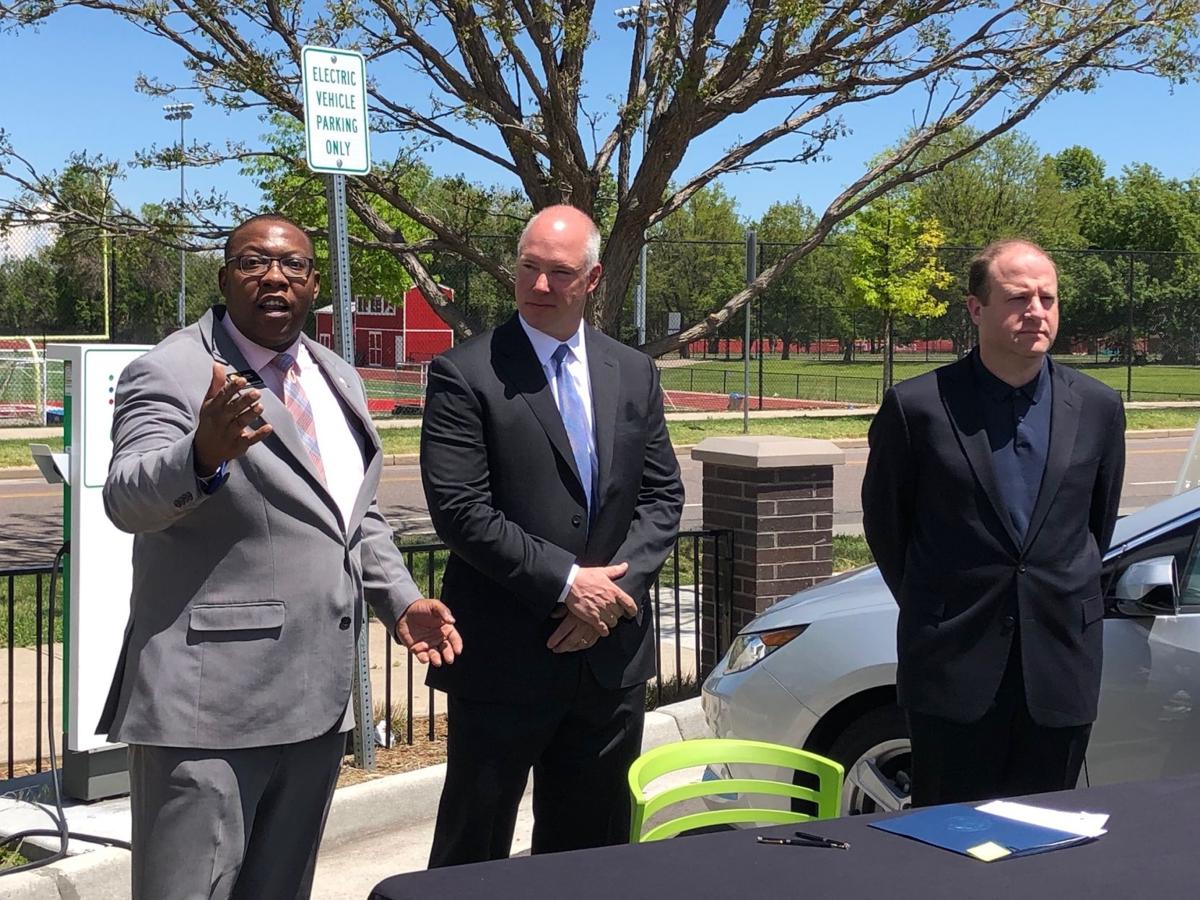 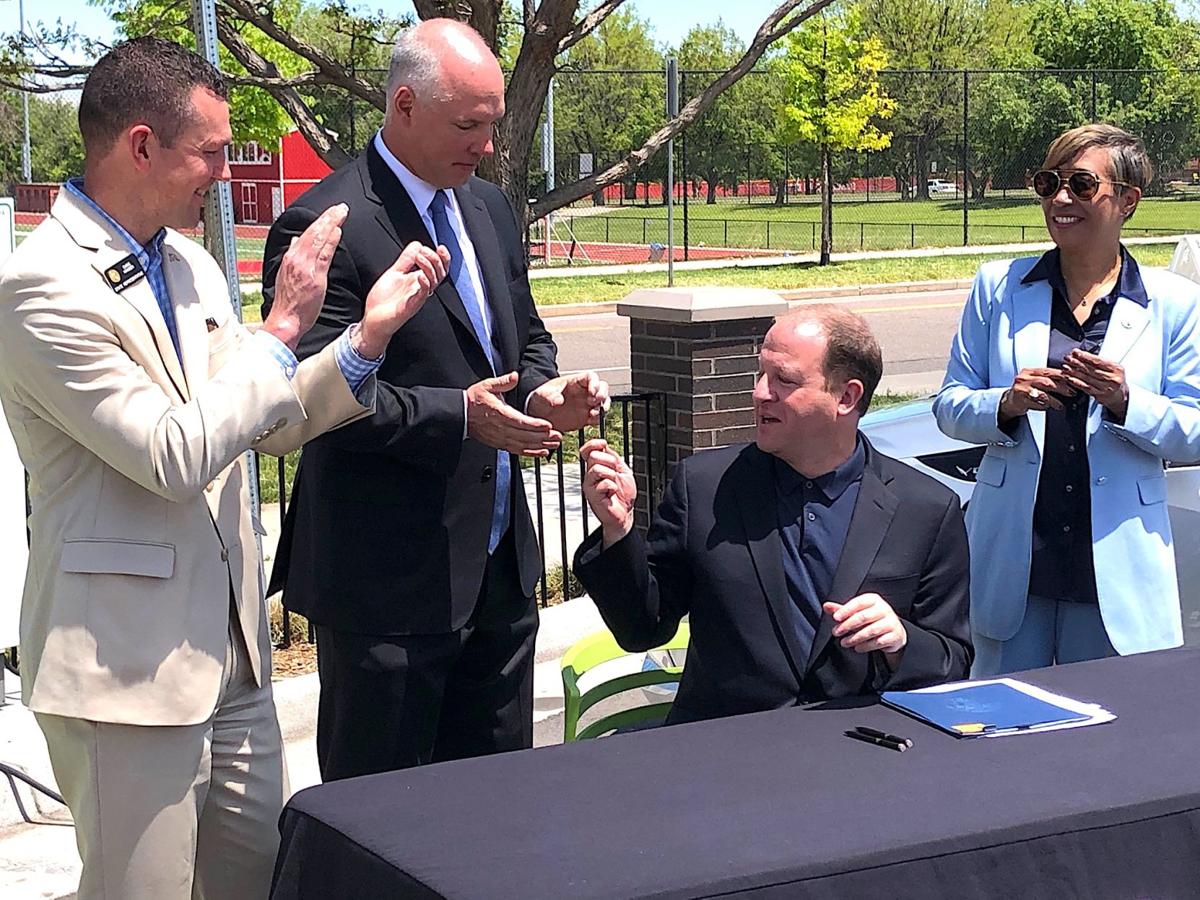 Gov. Jared Polis, seated, presents the pen he used to sign a bill that will urge utilities to build more charging stations for electric vehicles to Sen. Kevin Priola, R-Henderson, as co-sponsors of the bill, Sen. Angela Williams, D-Denver, and Rep. Chris Hansen, D-Denver, look on.

From financing for charging stations to protecting parking spots, Colorado has a truckload of new laws aimed at boosting electric vehicles.

"Electric vehicles are a great choice, a cost-effective choice," the governor said after arriving as a passenger in an electric vehicle that parked in front of a charging station at the Carla Madison Recreation Center in Denver.

"They will be even more usable when people know they can take them to the mountains on the weekend. They can use them if they want to visit their parents in Bennet, and we have a great state and often it includes putting some mileage on your car."

> RELATED: Colorado oil and gas bill passed, but the fight is far from over (VIDEO)

The governor said that even those who don't own an electric vehicle benefit as more people plug in, both in cleaner air and pressure on gas suppliers to lower fuel prices to compete.

Polis made the environment a major plank of his campaign platform to win the governorship last November, and he's delivered mightily in his first term thanks to Democratic majorities in the state House and Senate.

On Thursday Polis signed a package of bills to put a regulatory vice on carbon emissions and curb the use of fossil fuels, a key ingredient of climate change.

COVER STORY | Is Colorado on the right road?

The Polis administration is mapping the state's transportation future. But some warn of a wrong turn ahead.