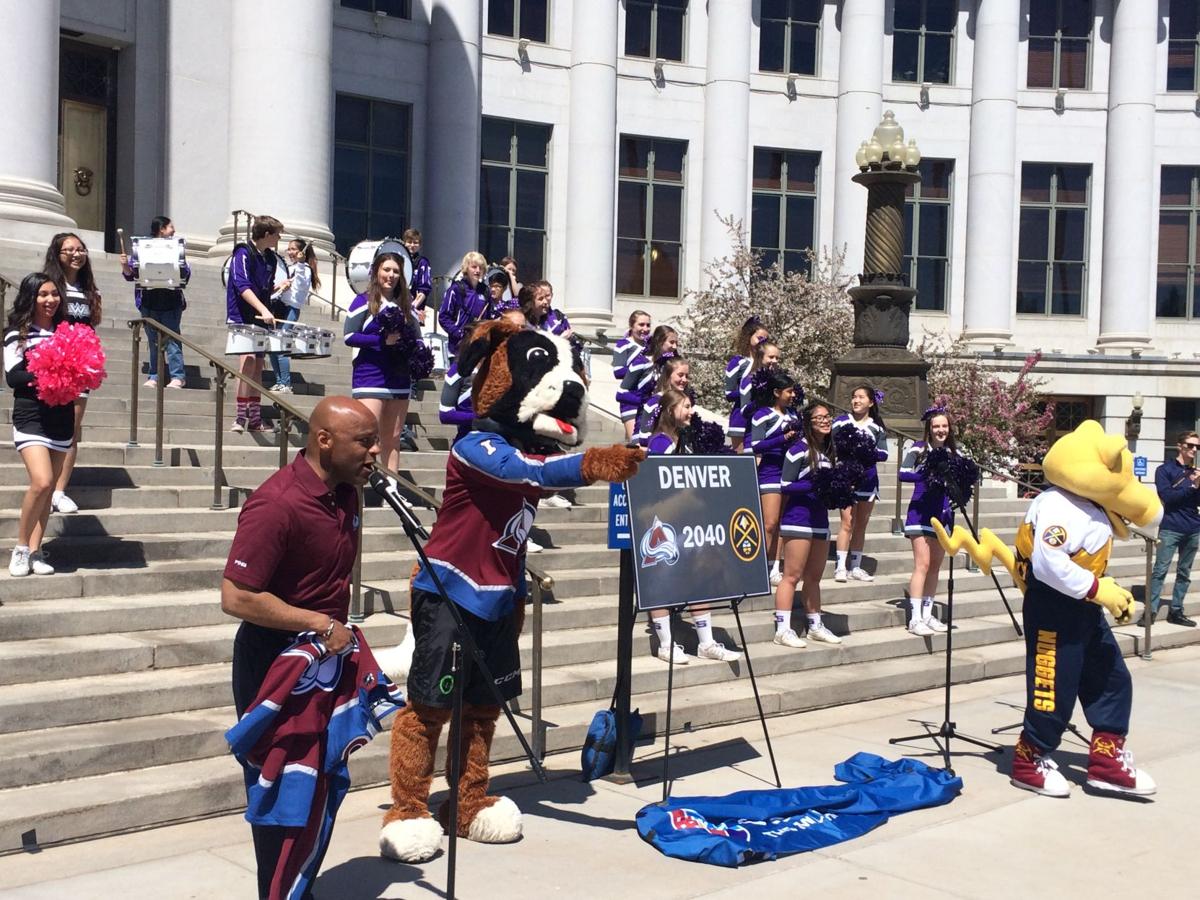 Denver Mayor Michael Hancock, cheerleaders and mascots for the Colorado Avalanche and Denver Nuggets at the announcement of a deal to keep the teams in Denver on Thursday, May 2, 2019. 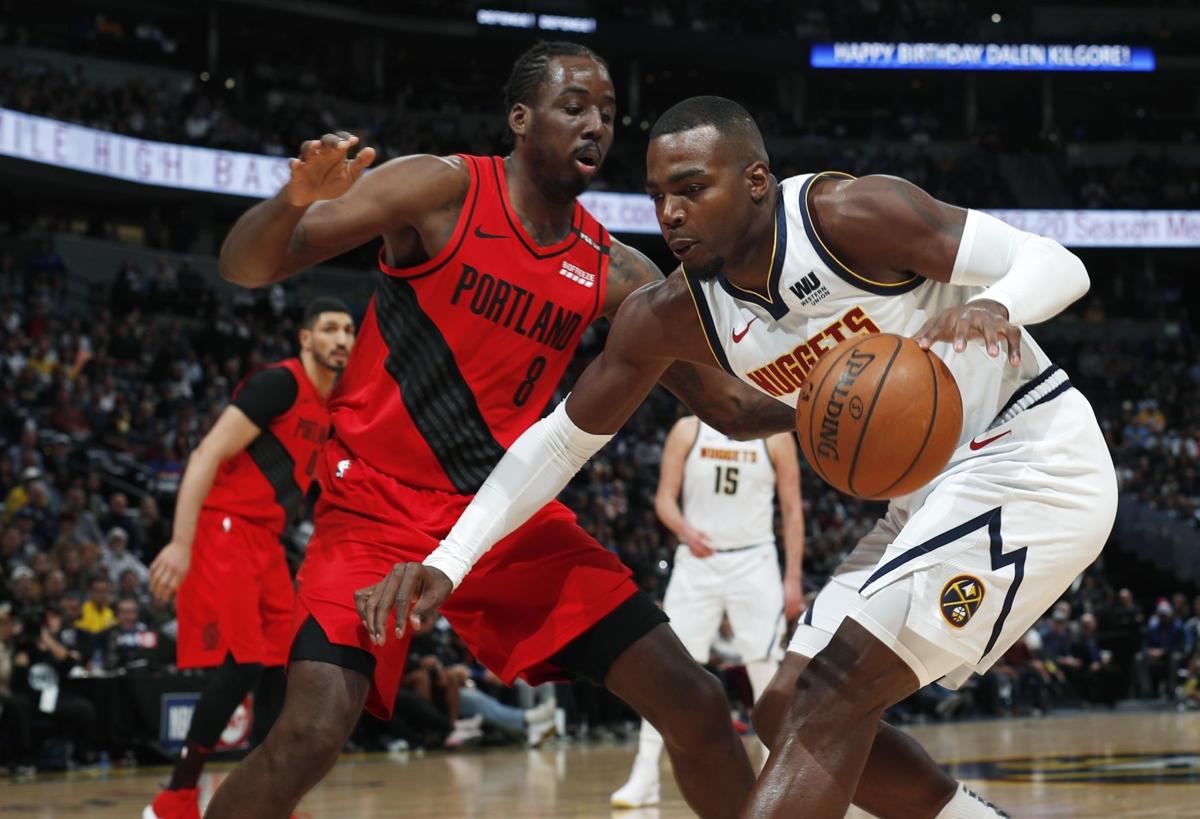 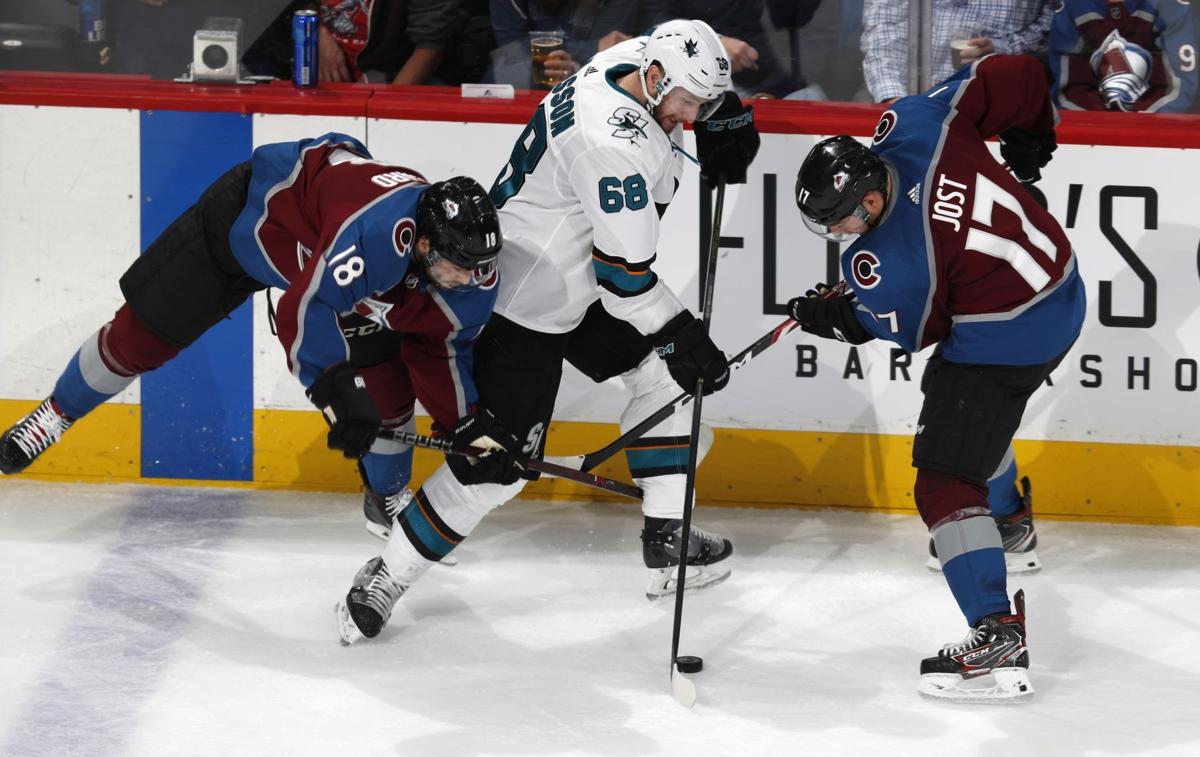 Denver Mayor Michael Hancock, cheerleaders and mascots for the Colorado Avalanche and Denver Nuggets at the announcement of a deal to keep the teams in Denver on Thursday, May 2, 2019.

Denver has reached a deal with the Colorado Avalanche and the Denver Nuggets to keep the two teams in the city through 2040.

Mayor Michael Hancock announced the tentative agreement Thursday in a pep-rally-style event on the steps of the Denver City and County Building complete with high school cheerleaders and bands and the mascots of both teams.

The agreement is subject to approval by the City Council. A copy of the proposed contract was not immediately available.

The deal also must be approved by the two leagues involved, the National Basketball Association and the National Hockey League.

Hancock said Kroenke Sports & Entertainment, the owner of the two teams and their Pepsi Center home, approached the city about four years ago to negotiate an extension of the original agreement, which was set to expire in 2023.

“This is something we’ve been working on for about five years now,” Hancock said after the Avs' mascot Bernie and the Nuggets’ mascot unveiled a sign with the two team logos and “2040” below them.

Hancock was once “Huddles,” a mascot for the Denver Broncos when they advanced to the Super Bowl in 1986.

“We started talking with the Kroenke family – Stan and Josh – about five years ago and we just eclipsed the deal to extend their stay in Denver, Colorado,” Hancock told the crowd.

KSE was founded by businessman E. Stanley Kroenke, also owner of football's Los Angeles Rams and other sports properties. He was not present for the announcement, but several executives from the company were there.

"This moment is nearly five years in the making and we are proud not only of our teams’ long-standing and storied histories here in Denver, but also with the incredible relationship we have with this city, its leadership and its fans," said Jim Martin, president and CEO of  KSE, in a statement.

Several city councilmembers were also on hand for the announcement, including at-large City Councilwoman Deborah Ortega, who was part of the negotiating team for the original agreement.

When asked after the announcement if the new agreement is substantially different from the old one, Hancock said it always takes some negotiating when a long-term agreement comes up for renewal.

“I’ll let the city attorneys get into the weeds of it, but I think it’s going to help strengthen the teams’ ability to stay in Denver and be successful in Denver,” he said. “At the same time, it gives us assurances that we have our favorite teams in Denver for the next 21 years.”

News of the proposed agreement comes as an interesting time. The Nuggets and Avalanche are currently in their respective playoffs. And Hancock is seeking a third and final four-year term as mayor in the May 7 municipal election.

When asked about the timing of the announcement, Hancock noted the agreement had been worked on by three successive city attorneys over the last five years.

“I couldn’t have been any prouder when I got the call from the city attorney saying, ‘we’ve got a pathway forward to finish this deal,” he said. “The Kroenke organization was eager to get it done. And we got it done.”

“The timing worked out real well. Both teams are in the playoffs,” he added. “Now we can focus on helping them win the Stanley Cup and bring the NBA championship to Denver.”

The Avalanche were the former Quebec Nordiques. They arrived in Denver in the 1995-96 season and won a Stanley Cup championship that year.