A letter to Gov. Jared Polis from Northern Colorado business leaders calls for an end to extra unemployment benefits, citing the labor shortage.

One of two people mentioned in Monday news release, Pete Gazley of Total Facility Care, a commercial-cleaning service in Loveland, said the state's economy is booming "but our small businesses are constrained by the lack of available workers. We are asking Governor Polis to rescind the voluntary extended Federal unemployment benefits of $300 extra per week. There are more jobs than workers, so removing this would incentivize people to get back into the workforce. As the state has opened, we believe it is safe to return to work. Fears over coronavirus can be easily overcome with the easy accessibility of the vaccine and what are now common safety practices."

Gazley said he tracks human resources data for his company. "When we saw the stimulus hit in March, we went from 20 to 30 applications per week to seven or eight. It's keeping people on the sidelines," he said.

He acknowledged that there are other issues at play, such as fear of COVID, low wages and lack of child care. But in his business, the fear of COVID has not been an issue; they've been decontaminating buildings and only one person quit for fear of COVID.

The latest piece, vaccinations, allows for people to be vaccinated and fully protected, he added.

"Unemployment is a piece of it, and we'd like the governor to help," Gazley said, adding that there's a shift going on, where people are deciding to opt out of the workforce for other reasons, such as early retirement. "To say government incentives aren't a piece of that is disingenuous."

The letter to Polis continued:

"We realize removing benefits will be controversial to some, but the dignity of work is important as well.

"Here are some stories from Colorado businesses. One business that tracks hiring data was attracting 25 to 30 viable candidates per week from October to February. After the most recent stimulus checks in March, candidate interest dropped to under 7 per week. This business has 30 openings and is considering letting clients go to be able to adequately serve the rest.

"It's common practice now for restaurants to close early or close for an entire day every week. One restaurant can't open for lunch service due to the lack of staff.

"Landscaping and contractors are months out due in part to the lack of workforce. Some are turning down seasonal work.

"You’d be hard pressed to drive down any street and find very many businesses that are not hiring.

"Colorado is open for business and growing. We just need our workforce back!"

However, an award-winning economist says that the reasons people are not returning to work are far more complex than the additional payments.

Esther Duflo, a French-American economist and MIT professor who received the 2019 Nobel Memorial Prize in economic sciences, told CNBC this month that "gender inequality, unequal access to child care, return to in-person work mandates and vaccine access are among the many pressing issues surrounding return to work in the United States and the global economic recovery."

She also said that claims that statewide unemployment benefits are keeping people from work are opinion and not backed by research.

CNBC reported June 23 that ending unemployment benefits did not push people back into the job market. Twenty-five states, all led by Republican governors, ended additional federal unemployment benefits early in an effort to boost the labor pool; early numbers show that job hunting increased only slightly after benefits ended in the first 12 states. The pandemic-related benefits are due to expire in September.

This article has been updated to include comments from Pete Gazley. 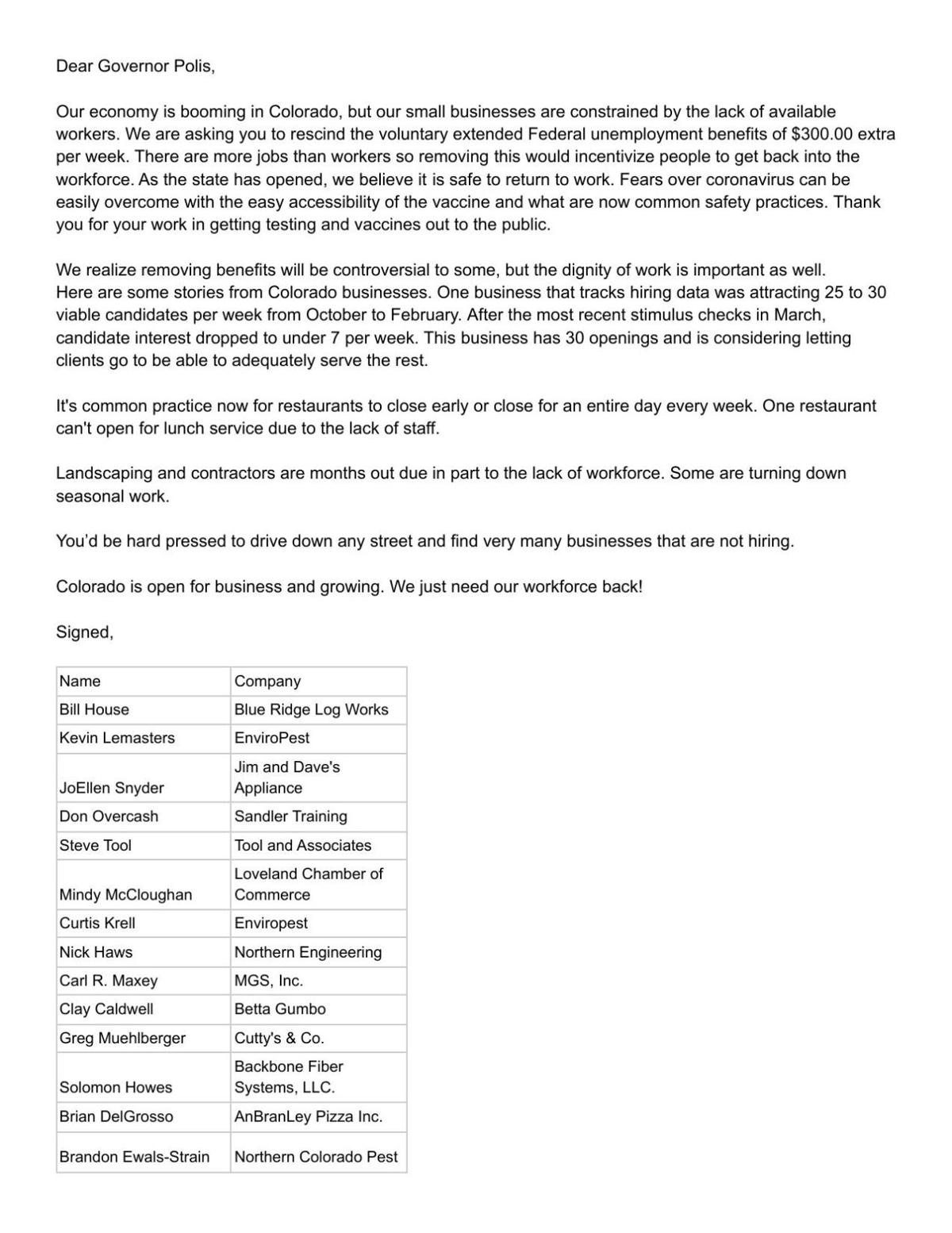