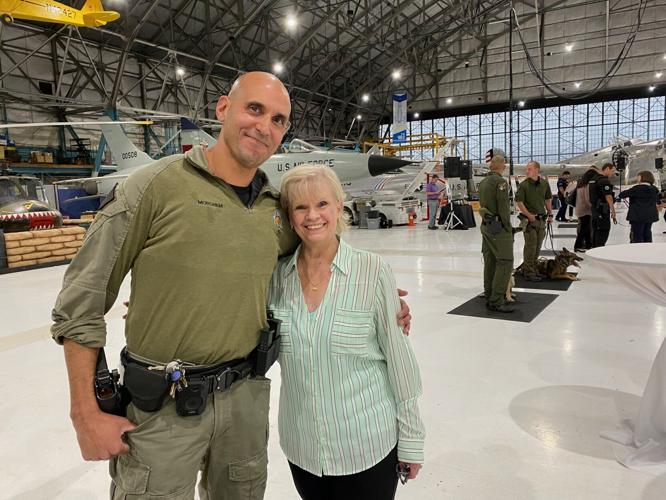 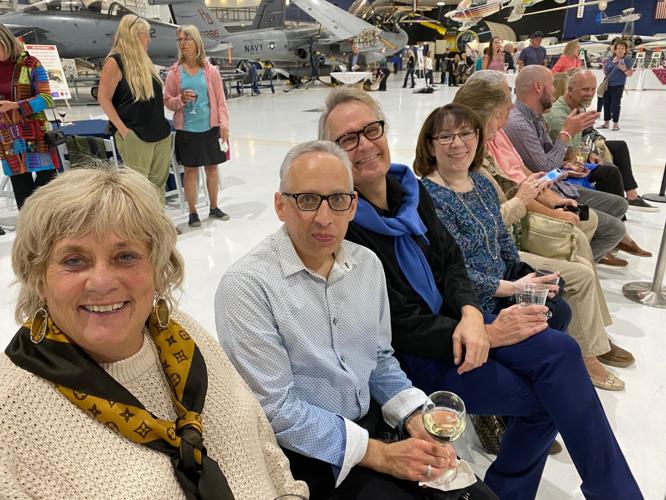 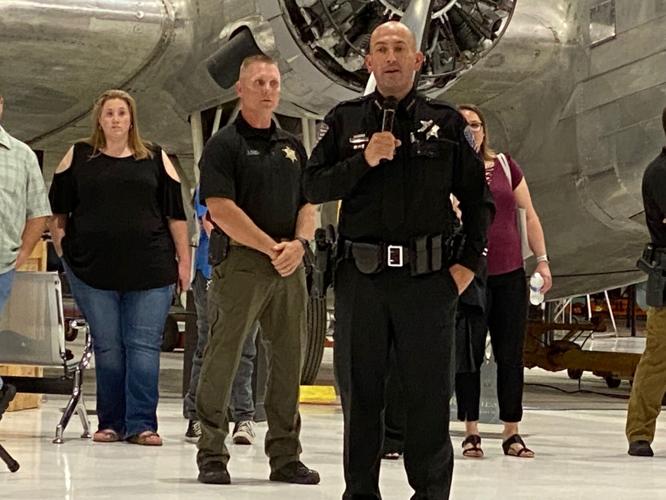 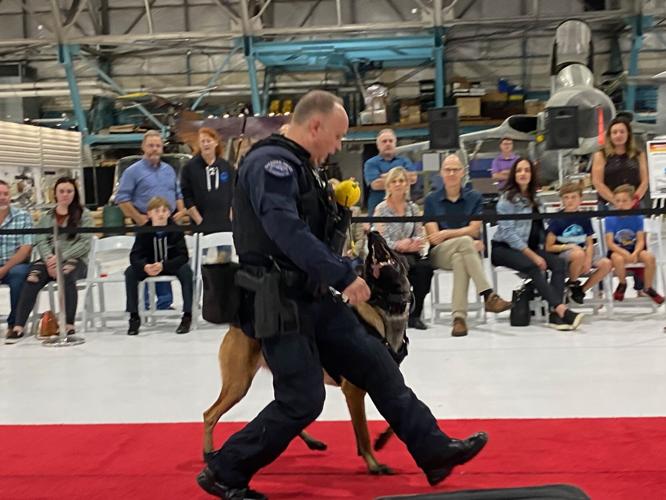 Imagine what this would feel like if the officer in blue hadn't been wearing a heavily padded training jacket. (PHOTO: Joanne Davidson, Special to Colorado Politics)

Imagine what this would feel like if the officer in blue hadn't been wearing a heavily padded training jacket. (PHOTO: Joanne Davidson, Special to Colorado Politics)

News: A dog that becomes part of a law enforcement department’s K-9 unit is expensive, costing anywhere between $60,000 and $80,000, and highly skilled, undergoing four months of specialized training.

On Sept. 14, friends of Heroes with Paws were able to mingle with K-9 handlers and their dogs, and see first-hand how these four-legged heroes can literally bring the bad guys to their knees during a criminal apprehension situation and sniff out bombs, drugs and other contraband.

Organized by Lyn Schaffer, the early evening fundraiser was held at Wings Over the Rockies Air and Space Museum with the goal of surpassing that which was raised in 2021: Enough to purchase safety vests for three K-9s. The 2021 recipients were K-9 Loki from the Aurora Police Department, K-9 Jessie from the Jefferson County Sheriff’s Office and K-9 Jocko from the Montrose County Sheriff’s Office.

Each vest is expensive, as it is custom-made for the recipient dog and protects them from gunfire and knife wounds. Not every department has the funds to cover the protective gear.

In addition to ticket sales, income that night came from silent auction proceeds and some individual donations.

In Colorado, many of the K-9s are German shepherds, Belgian Malinois and German short-haired pointers – breeds chosen for their brute strength, intellect and sense of smell.

About the organization: Heroes with Paws was formed in 2018 to recognize the talent and hard work being done in the community by police K-9s and their handlers. In partnership with Back the Blue K-9 Force, Heroes with Paws raises

money to fund the needs of police K-9s at various law enforcement agencies throughout Colorado.