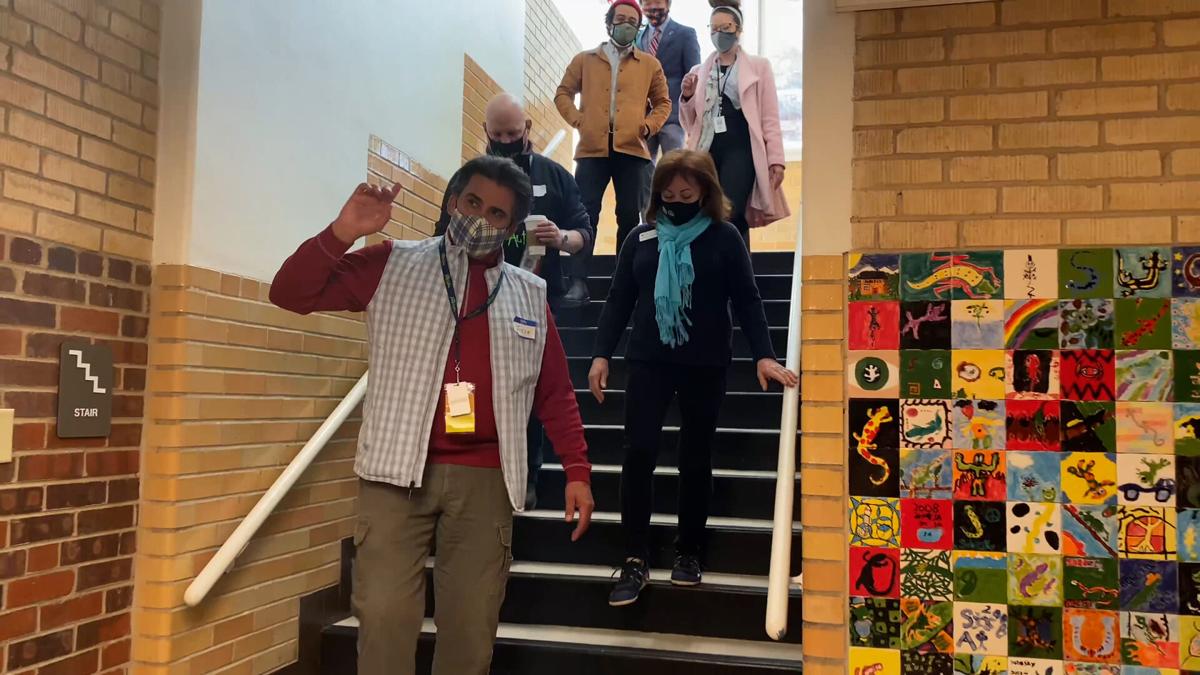 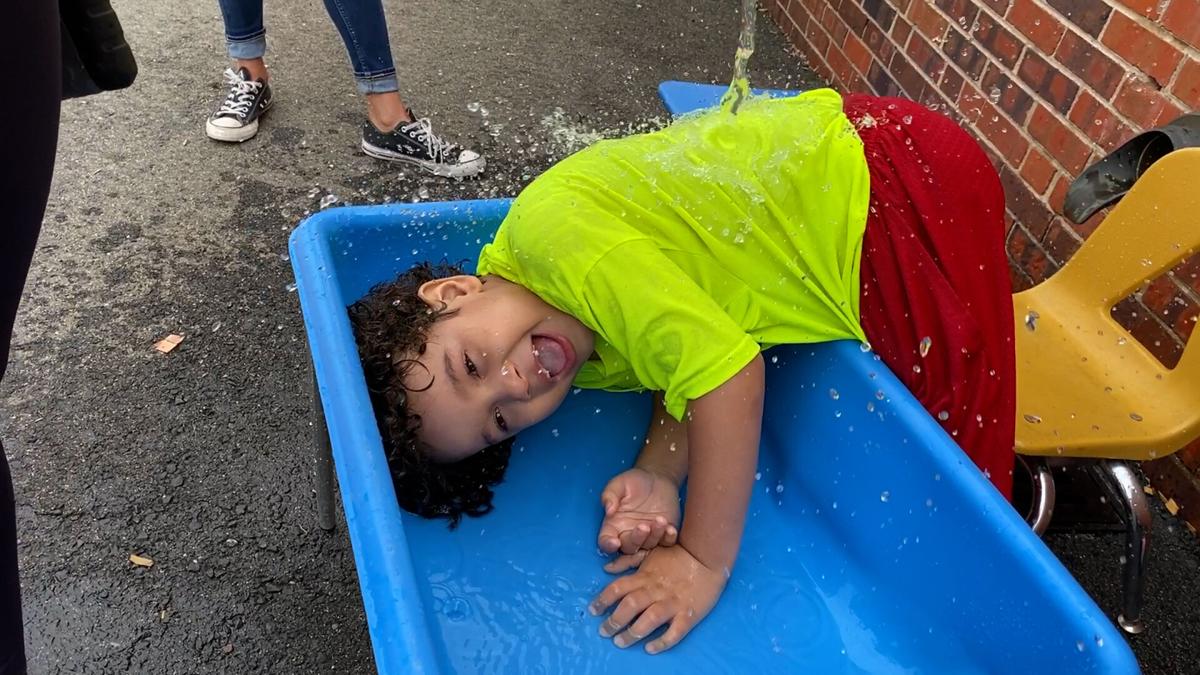 Corey plays in the water feature at Lakewood's Firefly Autism. 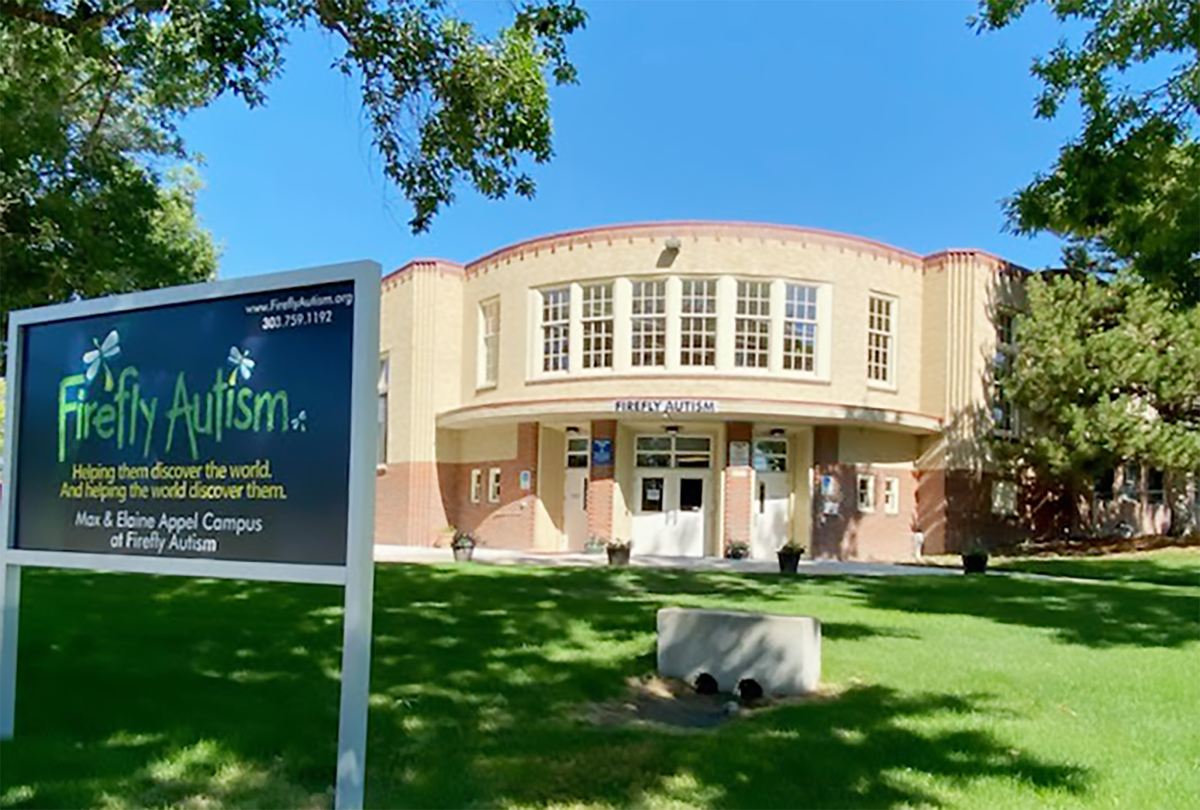 Corey plays in the water feature at Lakewood's Firefly Autism.

Jesse Ogas knows results aren’t going to come overnight, but the executive director of Firefly Autism is confident that a movement to do for Autism Spectrum Disorders what the Sie and Whitten families have done for Down syndrome is going to change the way the world sees – and funds – this complicated disorder affecting one in every 54 children in Colorado.

Prior to the birth of Tom and Michelle Sie Whitten’s daughter, Sophia, who has Down syndrome, funding and research for this genetic disorder linked to abnormal cell division on the 21st chromosome was “pathetic,” Ogas said. Worse, when parents were told their baby likely would be born with Down syndrome, the recommendation frequently was that the pregnancy be terminated.

“But all it took (for that to change) was one mom with incredible focus and energy and two loving grandparents (Starz founder John Sie and his wife, Anna) to make the nation, and eventually the world, realize the need to better understand Down syndrome, which occurs in one out of every 700 births in the United States.

Working with staff, faculty and the new legislative arm of this Lakewood-based comprehensive treatment center, Ogas sees Firefly as the catalyst for educating people about autism, obliterating long-held stereotypes, and raising the kind of money needed to bring adequate funding for research, treatment and respite care.

The recently formed, seven-member legislative arm is made up of five Firefly board members plus chief clinical officer Ken Winn, and Ogas, who also is the 9News Leader of the Year for 2021. It is headed by board member Linda Childears, who retired as president/chief executive officer of the $1.5 billion Daniels Fund in April 2020.

Right now the group is focused on “getting our ducks in a row” and developing “a more consumable and less big-picture” presentation to make to the Colorado legislature in 2022. It is also seeking a lobbying firm willing to donate its services in helping Firefly identify legislators on both sides of the aisle who are sympathetic to the cause.

“Autism has no boundaries and it impacts all of us,” Ogas noted. “What I tell anyone who’ll listen is that if you’re not touched by ASD now, you will be in the next five years. And at the end of the day, it’s all about the dollars: are you going to invest in us now or pay the consequences?”

The idea for starting a legislative arm came when a local foundation, in the early days of the COVID-19 pandemic, denied Firefly’s request for funding. Ogas and his team were dumbfounded, especially because the foundation’s mission is to “accelerate” changes that will improve the lives and health of Colorado’s children and families.

“That was total (bovine excrement),” Ogas said. But instead of fuming and fussing and then letting go, this particular rejection sparked action.

“This (ASD) population is continually minimalized, and I’m done with that,” Ogas declared. “I’m sick and tired of going to foundation after foundation, funder after funder, only to have them say the ASD community is out of their purview.”

According to Winn, “Other states, including Florida where I come from, are light years ahead of Colorado” when it comes to funding, diagnostics, services for adults on the autism spectrum, and better pay for those providing respite or residential care for those with high-level special needs. “And that needs to change,” Winn said. “We need to take our mission to a higher level.”

All too often, Winn added, those with high-level special needs are sent to facilities outside Colorado, causing additional stress for parents being separated from their child. “All of the Colorado providers have waitlists, some as long as eight years,” Winn pointed out. Moreover, some providers aren’t willing to admit those with high-level special needs because the reimbursement they receive is the same as for those with lower-level needs. And because the pay is so low, it’s hard to find or retain the more highly trained staff, he said.

In fact, Ogas uses the word “atrocious” to describe the rates the state pays to providers like Megan’s Place in Wheat Ridge, where after-school, evening and weekend respite care is offered to children ages 3-18 with significant developmental and physical challenges.

If the state would increase its reimbursement rates, Winn and Ogas are convinced that more doors would open “overnight” for those seeking placements.

As Winn pointed out, “Organizations like Firefly would be upside down if we had to provide the kind of respite care Megan’s Place does. Colorado, unfortunately, is faced with having to depend on other states to provide what we can’t. Why should families have to be broken up because of that?”

When the Firefly team does stand before the legislature, Ogas said, “We’ll have just one to three minutes to make our point. And that’s going to be difficult because there are so many issues (relating to autism) that need to be addressed.”

Still, he’s optimistic the presentation will be well-received. “Lt. Gov. Dianne Primavera was here for one of our COVID-19 vaccination clinics and was ecstatic with what she learned about Firefly and our services. She was also involved in getting the state to mandate all employer-provided health insurance cover ABA (applied behavior analysis) services for children under the age of 19 diagnosed with Autism Spectrum Disorder.”

“Michelle Sie Whitten and her family created awareness on an international scale for Down syndrome,” Ogas said. “We want to do the same for autism because like with Down syndrome, people form stereotypes and are flooded with misinformation. Families get duped and a child dies due to ill-researched, ‘magical’ cures.”

A long-term goal for Firefly’s advocacy efforts is to see the medical community develop an in-vitro predictor for autism and a greatly expanded course of early intervention. “If that were to happen the lives of that kid and his or her parents would be forever changed, because the earlier our team of professionals trained in Applied Behavior Analysis can step in, the better the outcome,” Ogas said.

Both Ogas and Winn know there’s a long road ahead, but “Between Jesse’s heart and passion, and my brain …"