Legislators' other priorities for more than a decade are costing metro drivers basically an extra house payment a year with lawn mowing: $2,000 in wear, tear, fuel and lost time behind the wheel, according to a new study by a national nonprofit transportation research group.

The 50-year-old, Washington, D.C.-based outfit, The Road Information Program (TRIP), used state and federal data to find out how much a price the state's crowded, crumbling infrastructure is exacting. The report is called "Keeping Colorado Mobile." 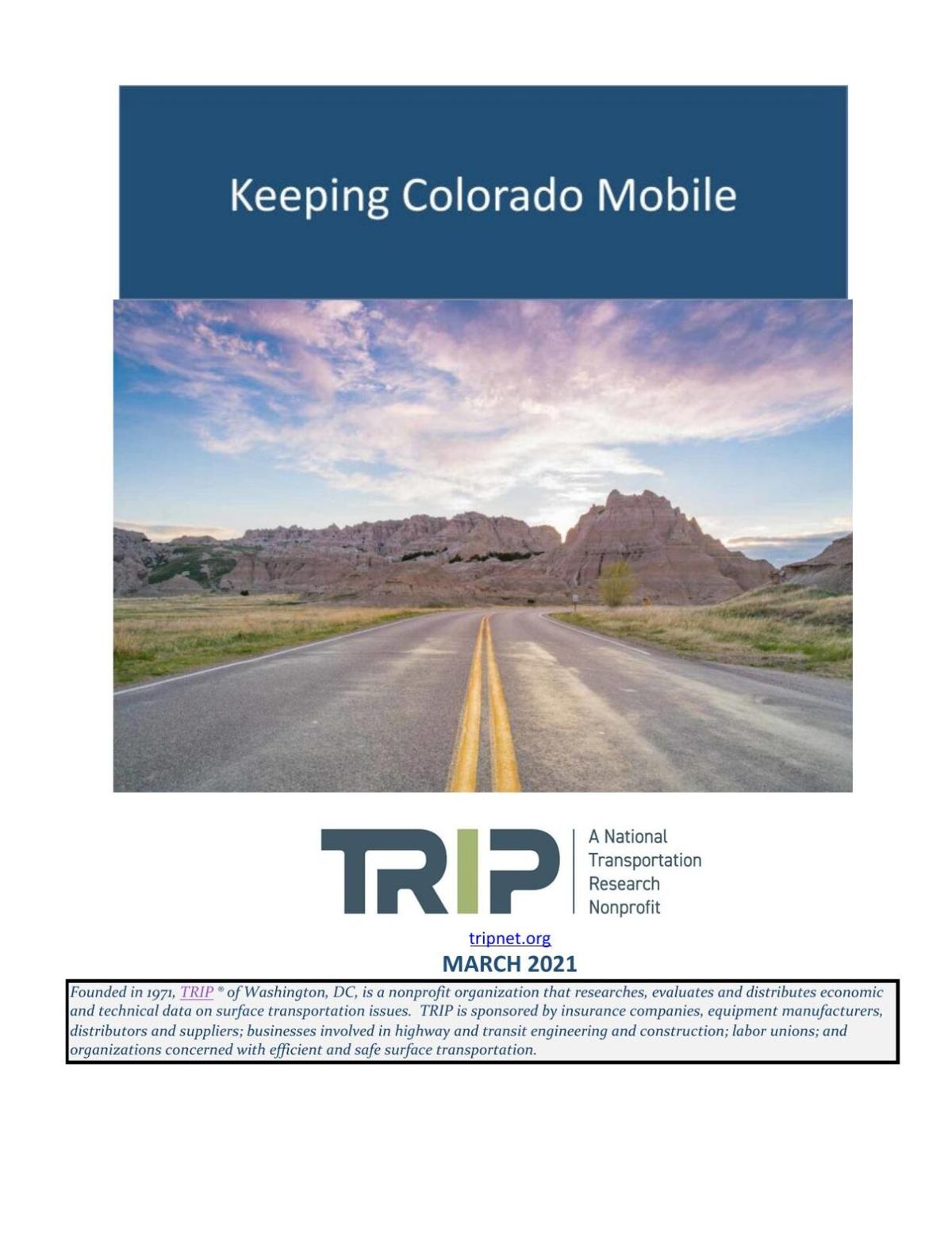 The TRIP report found that Colorado Springs' residents have it a little better. There, the average motorist pays $838 annually for congestion on 44 extra hours commuting and 19 more gallons of gas or diesel.

That's bad for air quality, but it's also hard on your vehicle, when you add in Colorado's state of disrepair.

Joey Bunch: "Most folks have something they geek out about. One of mine is highway funding."

Rough roads are beating up vehicles and accelerating depreciation, the TRIP report indicates.

In the Springs, 30% of major roads are in poor condition and another 25% are mediocre, which cost drivers another $644 in extra operating costs.

Five percent of bridges across Colorado, state and local, are in poor condition, while 54% are only in fair shape.

The report itemizes the 25 most congested highways across the state; most are interstates and major highways in the Denver and Colorado Springs metro areas.

The annual report is timely: The legislature is again considering ways to find money to address a long, deep backlog of transportation needs.

During the Hickenlooper administration, before Jared Polis took office in 2019, estimated the backlog then was at $9 billion to catch up with a decade of growth.

STATE OF THE STATE | Polis lays out path back to prosperity

In his third State of the State address Wednesday morning, Colorado Gov. Jared Polis said that a year into the pandemic, the fight is a long way from over. The governor looked ahead to policies he's talked about for years.

Lawmakers in Denver, who are dealing with the economic fallout of the pandemic, also are talking seriously about investing in roads this year with a combination of state and federal dollars, possibly driven by a fee on gas.

Lawmakers could pass a fee with a vote of the 100 members of the General Assembly. If they call it a tax, they will have to go the voters because of the state constitution's Taxpayer's Bill of Rights. That's proven to be a nonstarter the past few years, including two ballot issues that tried to raise money that failed on the ballot two years ago.

One ballot question would have taken the money out of the existing state budget. The other would have imposed a sales tax. Both lost with support in the 40% range.

"There's nothing we've seen in our polling since that time that changes our calculus," said Mike Kopp, the former state senator and gubernatorial candidate who leads the Colorado Concern business coalition.

Kopp was one of a handful of Colorado business leaders pushing for a solution from the legislature. The group is called A Way Forward. Economic development officials Tuesday said it's costing other untold dollars in businesses that looked at the transportation system when picking a spot.

"We're going to the legislature with a framework and saying, 'Look, people are taking time and money away from their families, away from their jobs, and taking money out of their paychecks to fix their cars when they otherwise shouldn't have to. It's time to take a step forward.'"

Rachel Beck, the vice president of government affairs for the Colorado Springs Chamber of Commerce and EDC, talked about the loss of tourism or the frustration from business executives perpetually hitting the figurative wall of traffic jams.

"They tell us, 'I used to be able to schedule a meeting at my branch in Denver and do something else the very same day; I can't do that anymore,'" she said of Colorado Springs business people. "That's lost time and productivity."

Colorado has faced the question repeatedly in recent years, sometimes finding significant windfalls to invest, but never a sustained source of revenue.

Last year the Colorado Department of Transportation released a 10-year plan that projected the cost to  handle the state's biggest needs would cost $500 million more a year above historical baseline funding, paid for mostly by a gas tax that hasn't been raised since 1992, as vehicles get better mileage or run on electricity.

Tony Milo, the longtime executive direct or the Colorado Contractors Association and a leader in the transportation coalition, said he's optimistic this time is different. More people are voicing the problems and a broader range of leaders are saying they're behind untangling Colorado's transportation knot.

"I want to applaud our legislative leaders and Gov. Polis for making this a priority this legislative session," he said. "We absolutely have to get it done."

Milo cautioned about expectations: "It won't be everything to every one, but it's a first step."

Kopp, the statehouse veteran and former Republican leader, said he, too,  has seen a commitment this year that he hasn't seen in that past, even as the state's budget has withdrawn because of the virus-related recession. He called the 10-year plan with specific projects, put together by state highway director Shoshana Lew, gives him evidence to think this time is different. Polis, the leader of the Democrats, is leaning into the problem in a way he hasn't seen any governor or legislative leaders do before.

Republicans have leaned back against the idea of raising fees, concerned a bit in how the Colorado Department of Transportation spends the money it already has.

"We do hope Republicans will share in the responsibility of coming to the table and working on this," Kopp said Tuesday.

Joey Bunch: "Amid everything that's going on at the Capitol — a pandemic recovery, a government-backed health insurance policy, police reform, redistricting, gun control — the question of how to fix Colorado roads has a $4 billion answer."