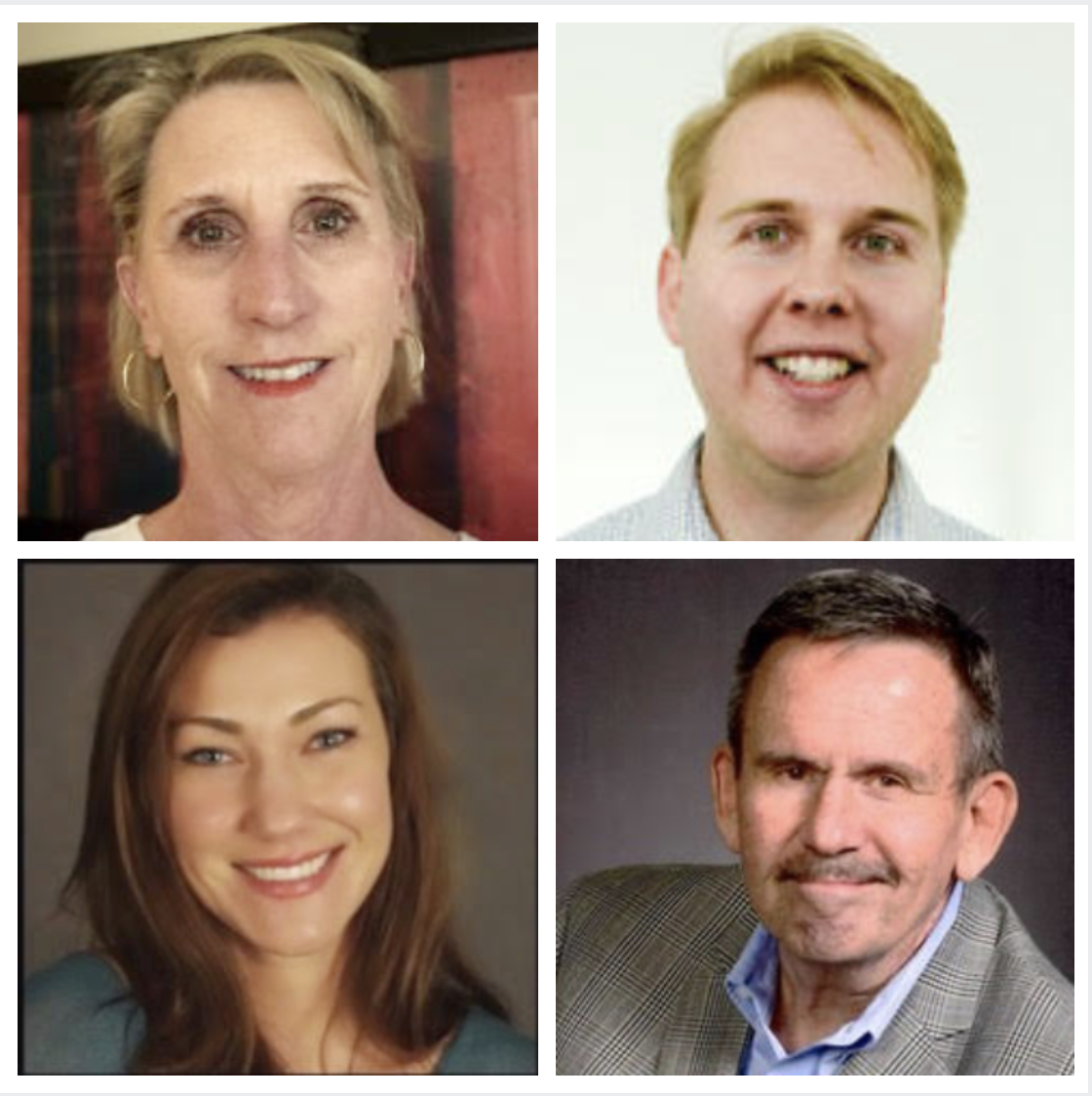 The new officers of the Republican Liberty Caucus of Colorado are, from upper right and clockwise, chair Sue Moore of Denver, vice chair Karl Honegger of Broomfield, treasurer Steve Dorman of Lakewood and secretary Jecca Geffre of Aurora. 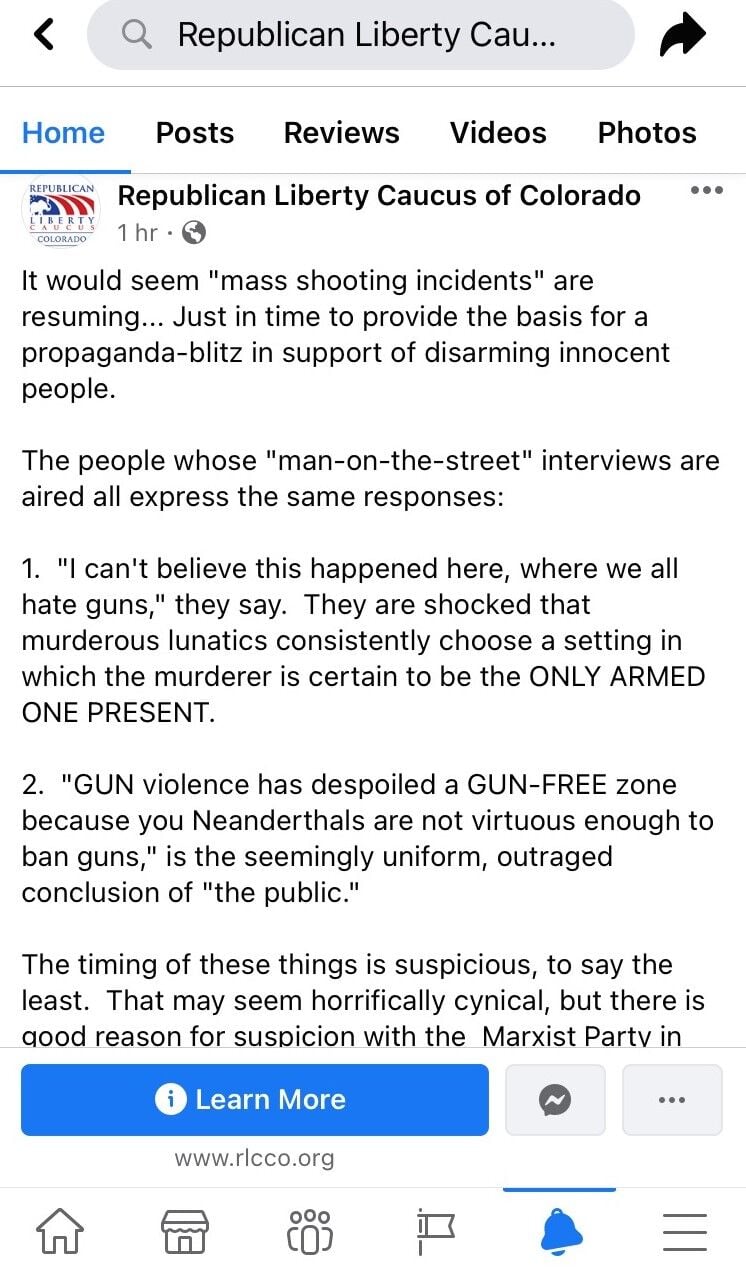 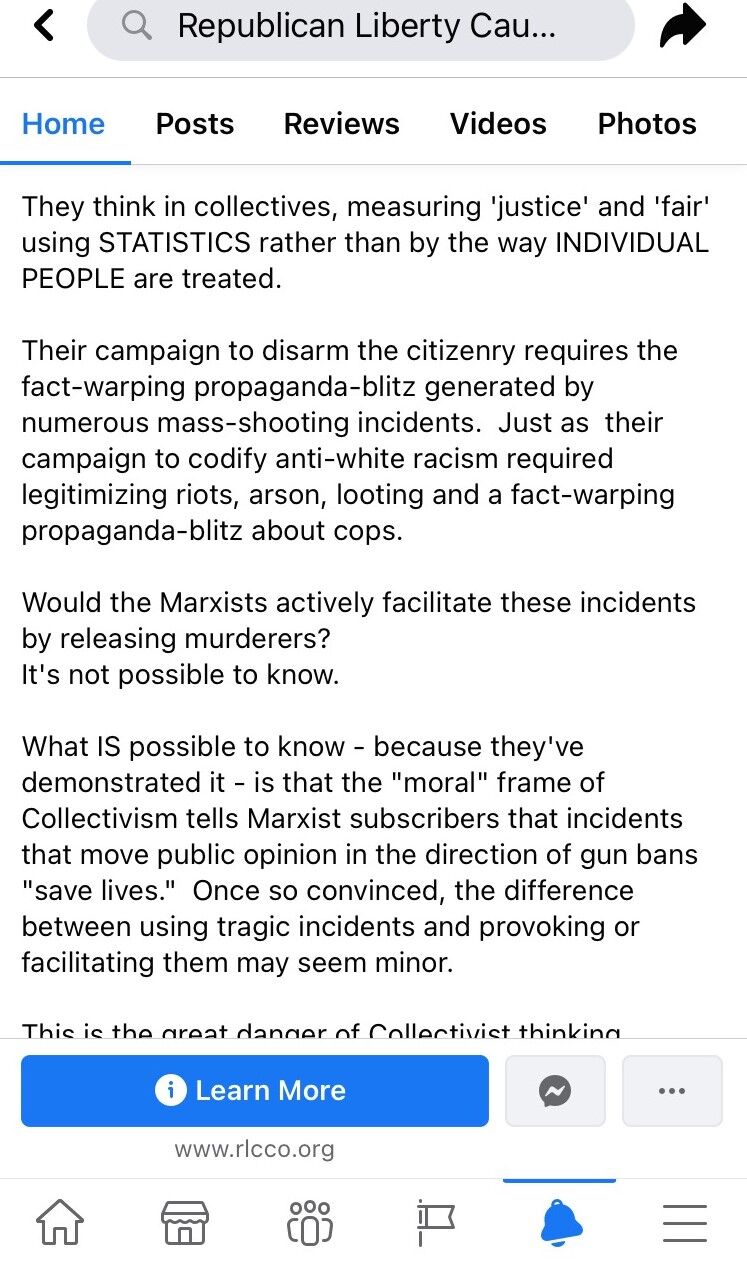 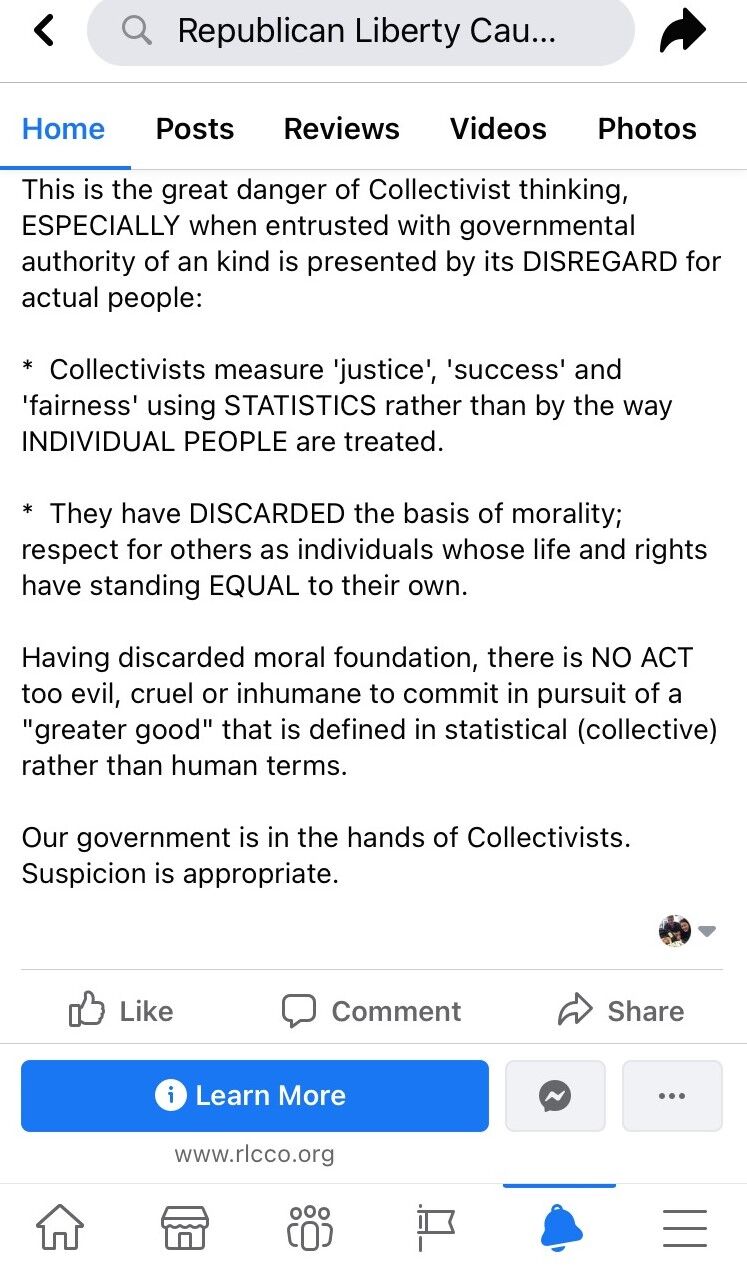 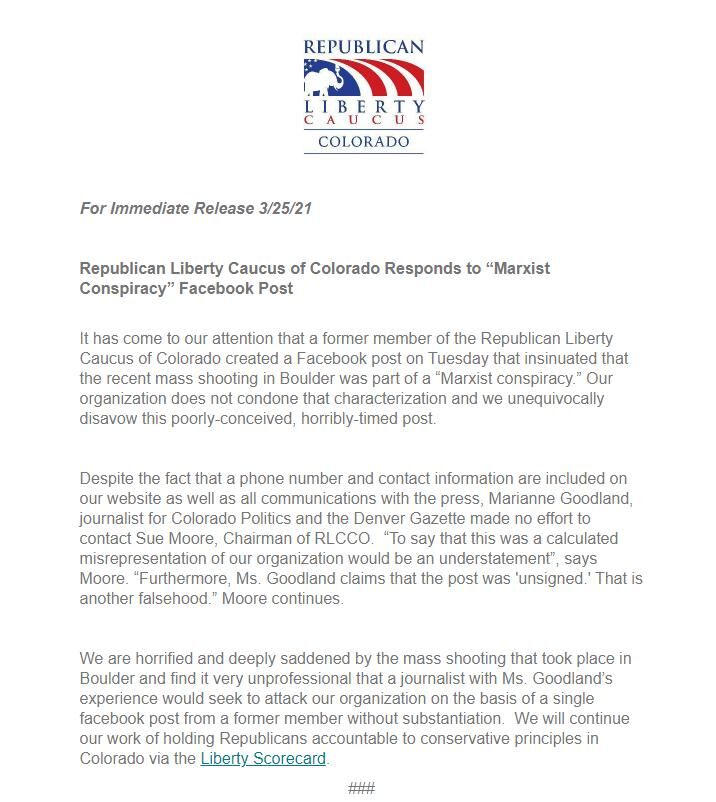 In a statement Thursday night, the Republican Liberty Caucus of Colorado, quoting Chair Sue Moore, said the Facebook post was created by a "former member," whom they did not identify. "Our organization does not condone that characterization and we unequivocally disavow this poorly-conceived, horribly-timed post."

The statement also complained that Colorado Politics did not reach out to them prior to the original story on Tuesday, that the original story claimed the post was unsigned. "That is another falsehood." Their statement is included in its entirety at the end of this post.

None of the posts on the RLCC Facebook are signed by any member of the RLCC board or any member whatsoever. The original is posted below.

The statement also does not address the disavowal by the national organization or why a "former member" had administrative privileges to post on the Facebook page.

The national Republican Liberty Caucus has disavowed statements by its Colorado chapter that implied the Boulder shooting Monday was a "Marxist plot" to enact stricter gun control laws.

As first reported by Colorado Politics on Tuesday, the local chapter posted on its Facebook page that “It would seem ‘mass shooting incidents’ are resuming… Just in time to provide the basis for a propaganda-blitz in support of disarming innocent people."

The post added that the timing of the shootings "is suspicious, to say the least. That may seem horrifically cynical, but there is good reason for suspicion with the Marxist Party in power. Their campaign to disarm Americans is a cornerstone of of their Utopian vision.”

The national chapter did one thing that the local chapter did not, which was to issue words of sympathy for the victims, their friends and family.

"Our thoughts and prayers go out to the families and friends of those killed by the shooter. We condemn the heinous actions of the killer and hope justice is served swiftly."

The Colorado chapter has since taken down the unsigned post.

Larson told Colorado Politics on Thursday that the Liberty Caucus is "a sham group that has never spoken for the Republican Party. As someone who lives near Columbine High School (which is in his district), this is beyond the pale and disgusting rhetoric that has no place in Republican discourse.

"I'm glad the national caucus made the right move to disavow the Colorado chapter's actions."