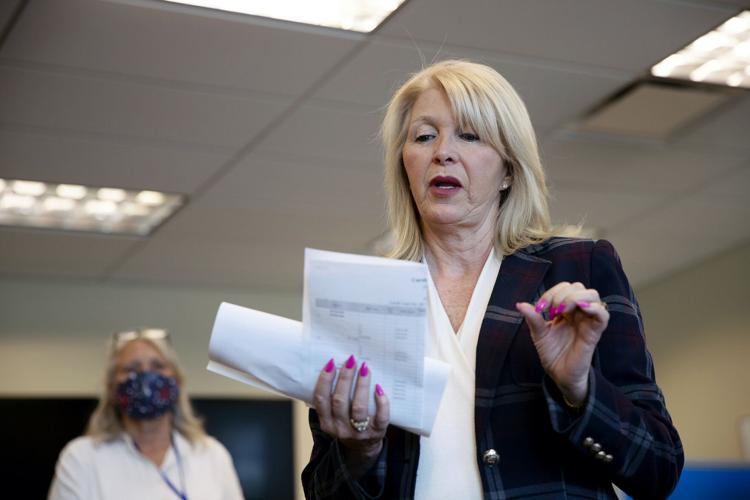 In this June 30, 2020, file photo, Mesa County Clerk Tina Peters reads an update on the election in Grand Junction. A grand jury in Colorado has indicted Peters, a county election clerk who has sowed doubt about the 2020 presidential election, alleging she was part of a “deceptive scheme” to breach voting system technology that is used across the country. 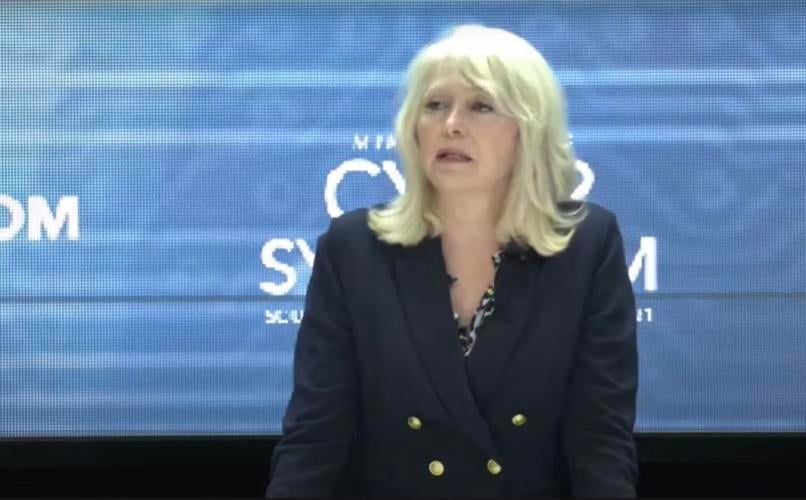 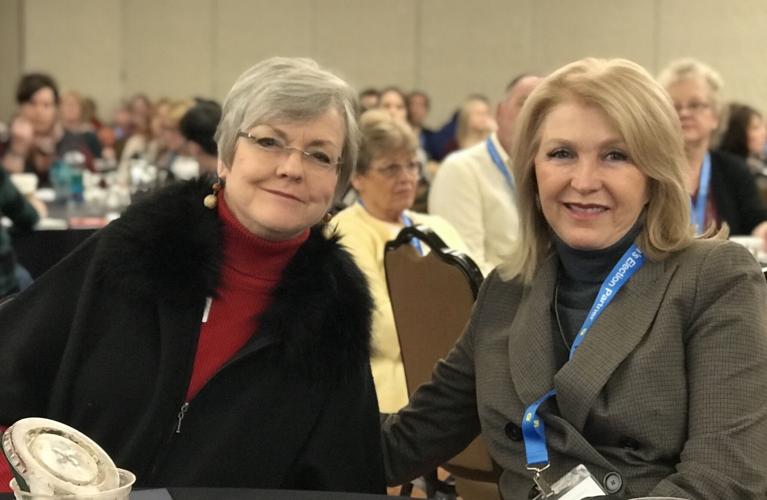 In this June 30, 2020, file photo, Mesa County Clerk Tina Peters reads an update on the election in Grand Junction. A grand jury in Colorado has indicted Peters, a county election clerk who has sowed doubt about the 2020 presidential election, alleging she was part of a “deceptive scheme” to breach voting system technology that is used across the country.

Mesa County District Attorney Daniel Rubinstein is seeking to revoke the bond posted by Mesa County Clerk Tina Peters, who is under indictment for allegedly taking part in a "deceptive scheme" to breach secure voting equipment.

Rubinstein confirmed he is pursuing the bond's revocation, alleging Peters violated its conditions for going out of state without permission.

No other details were immediately available.

Peters and her deputy, Belinda Knisley, had turned themselves in to authorities in March at the county sheriff's department hours after prosecutors released the 13-count grand jury indictment.

Peters, a Republican who lost her race for Colorado secretary of state, has maintained her innocence from the start and on Wednesday dismissed the charges as part of a politically motivated attempt by officials from both parties to muzzle supporters of former President Donald Trump.

In a statement issued by her campaign after she was indicted, Peters blasted Secretary of State Jena Griswold, a Democrat, and Rubinstein, a Republican she derided as a "self-described never-Trumper," saying the two "have been united in their opposition to conservative activists within the Republican Party who continue to demand more transparency in Colorado’s elections process."

Said Peters: "Using legal muscle to indict political opponents during an election isn't new strategy, but it's easier to execute when you have a district attorney who despises President Trump and any constitutional conservative like myself who continues to demand all election evidence be made available to the public."

Peters went on to suggest that the indictments are part of a scheme by Democrats and establishment Republicans to boost a less formidable GOP candidate to run against Griswold in the fall.

"But a grand jury is one of the last cards the Democrats have to play here," she said. "They hope to influence voters enough with indictments and arrests and media drama during the primaries, to elect a weaker general election opponent for Secretary of State Jena Griswold.” She added that "knowledgeable Republican voters in this June’s primary will eye-roll at these trumped-up charges. They are little more than political theatre designed to pick the primary winner."

Griswold successfully sued to prevent Peters from overseeing the county's off-year election based on evidence presented to a judge that Peters helped unauthorized people gain access to voting equipment and software and attempted to cover it up. And this year, a Mesa County Court Judge removed Peters as the designated election official for Mesa County, barring her from overseeing the 2022 Primary and General Elections.

A Mesa County Court judge has ordered the bond for Mesa County Clerk and Recorder Tina Peters revoked and issued a warrant for her arrest.