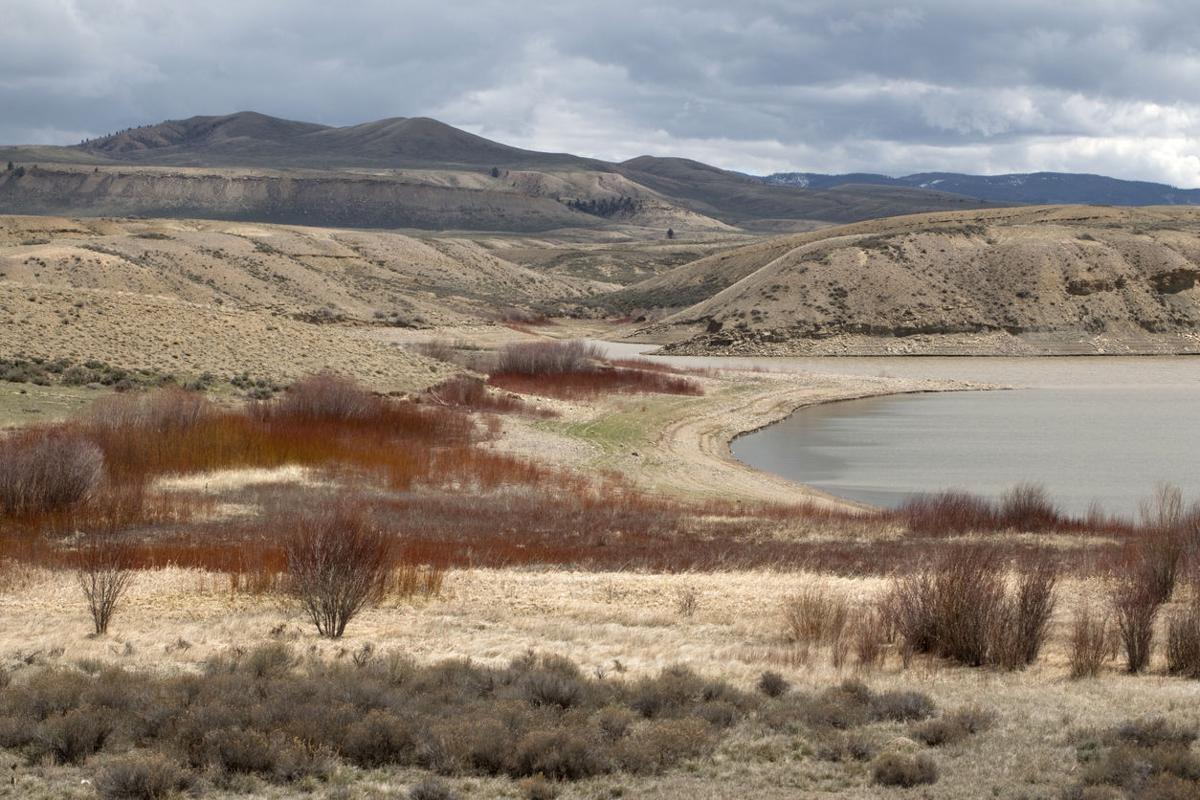 This “word cloud” of responses to the question posed by Corona Insights, “If you could communicate one thing to Governor Polis regarding his water priorities for 2020, what would that be?” shows the words mentioned more frequently by respondents in larger fonts.

I grew up two miles from the Missouri River and spent my summers camping alongside and swimming in it.

For 35 years, I worked as a reporter in New Mexico and Colorado, two western states where water, or rather the lack of it, is an all-consuming issue. “Whiskey’s for drinkin’ and water’s for fightin’ ” was an adage I’d often heard.

Yet I discovered how little I knew about water — its history, its policies, its laws — until I started handling communications for Bob Lembke and United Water and Sanitation District.

I immersed myself on water issues when the Colorado Water Congress met Wednesday, Thursday and Friday in Westminster.

My standing joke is that before I got a contract with United, I thought people talking about augmentation were referring to a boob job. After all, augmentation means “the action or process of making or becoming greater in size or amount.’’

Former Colorado Republican Party chairman Dick Wadhams grew up in the Arkansas Valley, which he said is starting to dry up because the Front Range came calling and bought the water rights. He served on a panel at the water conference along with Colorado Politics’ own Joey Bunch, where they discussed this hot, hot, hot political year.

“It’s a given,” Wadhams said, prior to the conference, “that elections impact water policy.”

And that’s because Wadhams believes Democrats are afraid to cross environmentalists on a variety of issues, including water storage.

He pointed to the proposed Northern Integrated Supply Project, or NISP, a massive water storage project northwest of Fort Collins. The Coloradoan reports that environmentalists have “vehemently opposed” to it from the start.

Democratic strategist Sheila MacDonald also appeared on the political panel. MacDonald, like many on her side of the aisle, believes that the world is undergoing a climate crisis.

“Climate change is one of the biggest threats to our economic and national security,” she said, noting that decisions on water policy must take climate change into account.

Polis ran on a platform of achieving 100 percent renewable energy by 2040. He got $10 million in funding for Colorado’s water plan during the 2019 session.

During Wednesday’s lunch, Matt Herndon with Corona Insights presented the results of a 2019 Water Congress member survey. One question was, “If you could communicate one thing to Governor Polis regarding his water priorities for 2020, what would that be?”

To no one’s surprise funding was the top answer.

One of the more interesting workshops, “Locating our Water History,” featured representatives from the Denver Public Library, State of Colorado Archives, University of Colorado at Boulder and other organizations who highlighted their most important water-related archives and explained how to navigate and research them. Who knew about Gilpin County’s rich water history?

Speaking of history, Water Congress owes its roots, in part, to the attorney general’s office.

“In particular, in the 1950s, Colorado’s attorney general and others brought together a series of leaders from around our state to create the Water Congress as a forum for ‘civil society’ conversations around how we manage our water in Colorado,” Weiser told the conference.

“The mandate for the Water Congress then — as now — is to provide a forum for working through critical issues of water law and policy, listening to, learning from, and collaborating with a wide range of users and stakeholders.”

Kevin Rein, the state engineer and the director of the Colorado Division of Water Resources, moderated a panel dealing with water administration challenges.

Another sign of just how important water is to Colorado: the State Engineer's Office was created in 1881. Yes, 1881.

Engineers for Colorado’s river basins provided updates. And of course there was a discussion about “accounting for augmentation plans,” which Rein said is a prominent issue for the South Platte basin, the Arkansas basin, the Rio Grande basin.

“The other basins don’t have the same level of groundwater use and those division engineers do not administer those types of augmentation plans to the same level.”

Augmentation. There’s that word again. To try to understand it, I’ve been reading articles on the Internet and on John Orr’s “Coyote Gulch,” the state’s foremost water blog.

In simplest terms it means if folks take water out of the ground that will impact the river where it was headed, so at some point they have to put water back in to bolster the reduced streamflow.

Two weeks ago, a legislative committee gave unanimous approval to a bill by Rep. Jeni Arndt, a Fort Collins Democrat, that deals with augmentation. Lembke testified in favor of the measure.

Water language is so confusing. If you don’t believe me, read Ardnt’s House Bill 1037. It calls for the Colorado Water Conservation Board in the Department of Natural Resources to “augment stream flows with water that has been previously decreed for augmentation in order to preserve or improve the natural environment, subject to Water Court approval of an augmentation plan and consent of the water right owner.”

Arndt celebrated her victory in her legislative newsletter.

"We have our first water bill out of the gate. It passed 9-0 in committee. Extensive stakeholding and careful listening can bring people and diverse groups together — even over complicated, technical water bills!"

The measure was placed on the ballot by the legislature via a bipartisan bill.

A legislative breakfast on Thursday featured lawmakers from the Senate Agricultural, Resources and Energy Committee, and from the House Rural Affairs Committee. Lobbyist Dianna Orf, from the firm of Orf and Orf (yes, she hears plenty of jokes about barking seals), helped moderate.

When I covered the legislature, large water suppliers and large agricultural entities were referred to as “water buffaloes.” I thought it was a slur from environmental activists, but maybe not.

“ ‘Water buffalo’ is an affectionate nickname for my friends at the Colorado Water Congress and the thousands of other hard-working men and women who try to conserve and protect the liquid gold that is this state’s most important resource,” Denver Post columnist Bob Ewegen once wrote.

The memoir “The Metro Denver Water Story” by Charles C. Fisk contains this dedication: “For the old water buffaloes. The men who fought in Colorado’s water wars in the 1950s, ’60s and ’70s with dignity, enthusiasm and skill."

If you had told me a year ago I would be dying to read that memoir I would have said you were all wet.

If Jim "Mattress Mack" McIngvale wins against the 9 to 1 odds on the University of Houston to win the college basketball championship, the state's water projects will see 10% of the winnings, or $900,000.