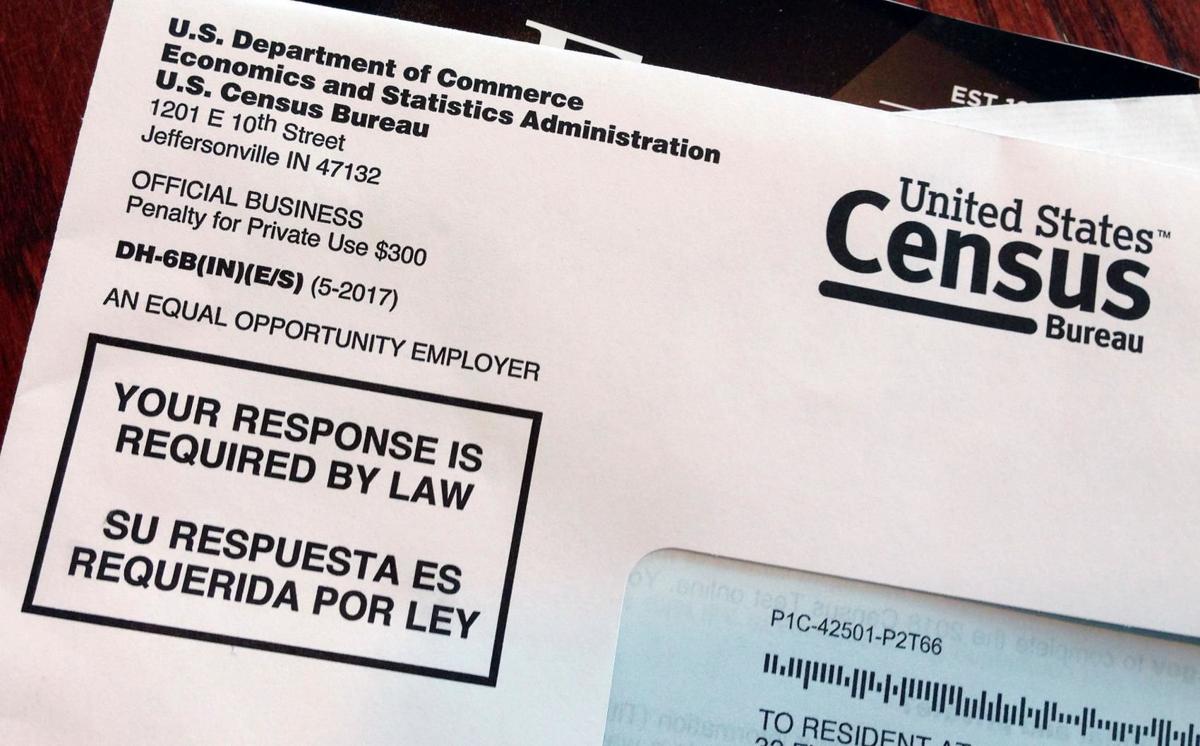 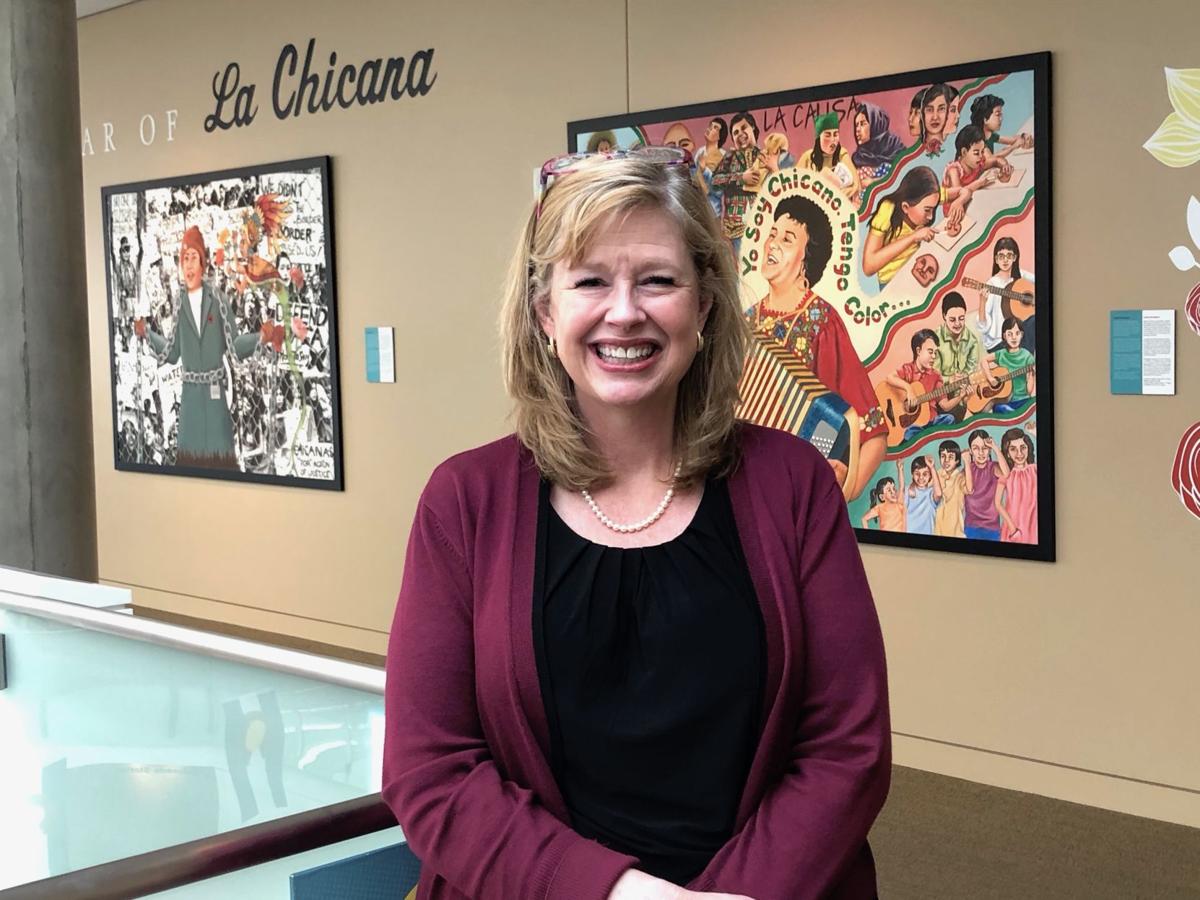 Cathy Lacy is the Lakewood-based regional director for the U.S. Census Bureau.

Political minds are already thinking about what the next 10 years in Colorado is going to look like — more people, more tax revenue, more problems. They have to build those assumptions on math.

Few numbers in the world matter as much as the U.S. Census, the official count that powers just about every facet of civic and political life for a decade.

In Colorado it could decide if and where the state adds a congressional district, probably somewhere in metro Denver, and where that district lands might determine if a Democrat or a Republican represents it.

After the 2020 census, a pair of special independent committees will use those population figures to carve up U.S. House and state legislative boundaries, instead of leaving that task to lawmakers, a change in the law approved by voters last year.

Most importantly, when federal dollars flow into Colorado for everything from health care to highways, the census numbers nearly always are part of the calculus.

The stakes are worth billions of dollars, but the deal rides on Coloradans being willing to answer nine questions on a census form to give their name, age, gender, family relationships and stuff like whether they're a home owner or a renter.

“It’s important to count everyone,” said Cathy Lacy, the trained mathematician (and former McDonald's worker) who is the Lakewood-based regional director for the U.S. Census Bureau over 12 states.

Experts from 11 Western states met at the History Colorado Center for the Census Bureau's Early Childhood Summit on Sept. 24-25 to talk about ways to make sure they’re counting kids 4 and younger.

Children, especially those in immigrant families,  are elusive, because they tend to migrate among family members and parents often neglect to count their infants, especially those born in years ending in zero, the cutoff point for the census.

Just because they aren't counted, however, doesn't mean they're going away when their communities need publicly funded schools, parks, clinics, safety nets and more.

The census folks told me an estimated 5% of kids younger than 5 were not counted in the 2010 Census. That adds up to about 2 million young children nationwide.

The Colorado Children’s Campaign, an advocacy organization behind making sure the state's kids get their fair share of federal dollars, released its annual analysis of census projections recently.

More than $800 billion of federal money goes to the states each year. Among those vying for share: the Children’s Health Insurance Program (called CHP+ in Colorado), Head Start, special education and child care assistance programs for working families, just to begin the long list of state and local programs.

“The census is a kids’ issue,” said Sarah Hughes, a member of the state's Complete Count Committee on the census and the vice president of research initiatives for the Colorado Children’s Campaign.

An estimated 23% of Colorado kids lived in an immigrant family, legal or otherwise, in 2017.

And that's where things get a little stickier, with Donald Trump in the White House.

Of the nine questions on the census form, none have to do with citizenship, despite Trump's efforts to include it over the objections of those who say it will discourage immigrant families from participating.

“Our responsibility is to count everyone in the U.S., regardless, citizen or not,” Lacy said. “If you’re here and it’s your primary residence around April 1 you need to be counted here.”

It's a crime for her or any census workers to divulge personal information on a household or person.

“The president can only get your information if the law is changed,” Lacy told me, sitting in a hallway at the state museum near a display, coincidentally, that honors the heritage of the state's Hispanic residents. “How easy is it to change the law? You’d have to get that through Congress first. That’s just not going to happen.”

She added, “We are not political. Our job is to be the truth tellers of a nation."

People can avoid getting a knock on the door from a census taker -- and save taxpayer dollars in the process -- by being proactive and filling out census information online, responding by phone or mailing in the information starting on March 23. The Census Bureau will deliver the tally to the president by the end of 2020.

Lacy understands that for some, responding to the census seems like one more request on a busy schedule, but the census means more.

“Some families are just struggling from one paycheck to the next, so filling out nine questions on a census form is just not a priority, but when they get ready to send their kids to school and there’s not a school nearby for them to attend then it’s a priority," she said.

Colorado children are at risk for being left out of the 2020 census, potentially causing the…

Denver gears up for the 2020 census

How does Denver ensure a complete and accurate count of its population during the 2020 census?

2020 Census to be printed without citizenship question

Days after the U.S. Supreme Court halted the addition of a citizenship question to the 2020 Census, the U.S. Census Bureau has started the process of printing the questionnaire without the controversial query.

The 5-4 decision was a major blow to critics of the partisan manipulation of electoral maps that can result when one party controls redistricting.

ALBUQUERQUE, N.M. — The U.S. Census Bureau is using new high-tech tools to help get an accur…

INSIGHTS | Preventing teen suicide can start with a statement

2017 was a record year for teen suicides in the state.

Wellington Webb has a job for you, and it involves counting Coloradans.

Critics say a new state program that allocates millions to stop an undercount in the 2020 Census is demonstrating that old definition of insanity: Doing the same thing over and over and expecting a different result.