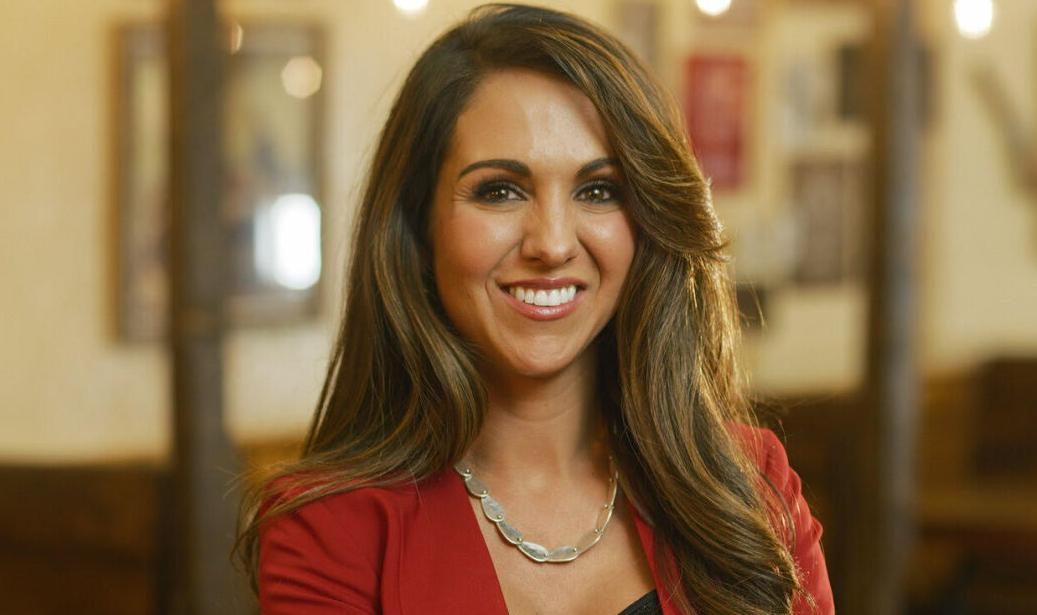 Courtesy of Lauren Boebert for Congress 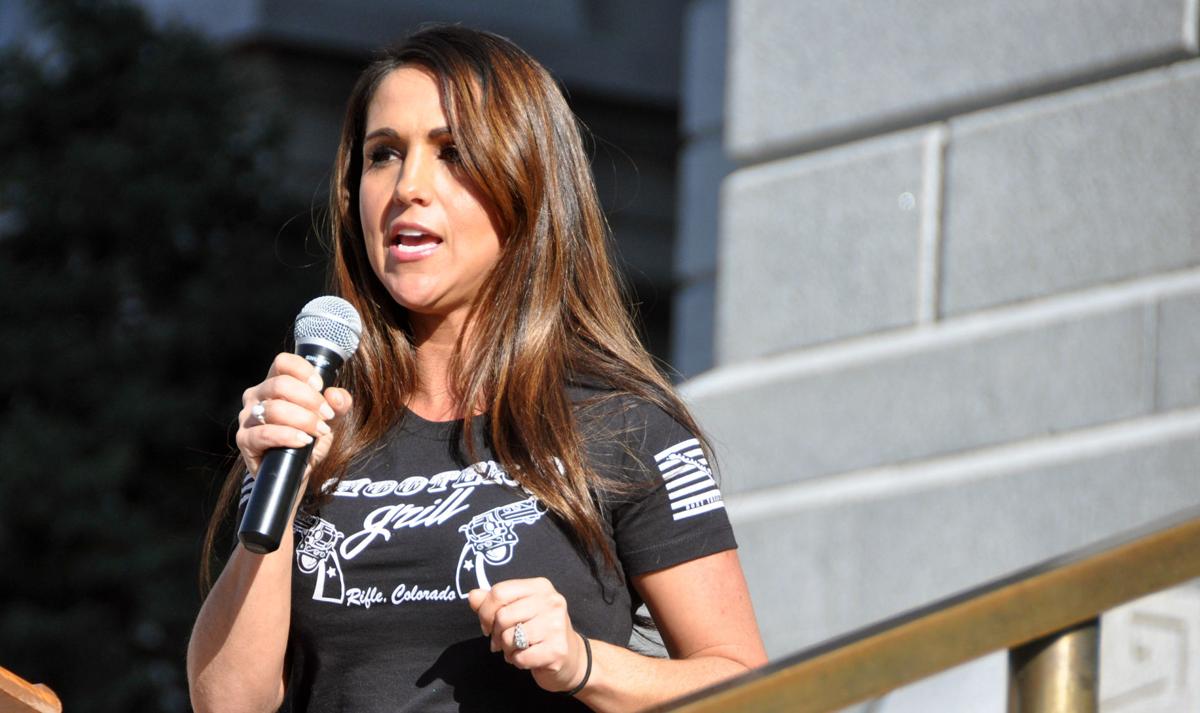 Lauren Boebert, owner of Shooters Grill in Rifle, Colo., addresses a Second Amendment rally on the steps of the Colorado Capitol on Saturday, Dec. 7, 2019. She announced the next day that she plans to challenge U.S. Rep. Scott Tipton in the 2020 Republican primary in Colorado's 3rd Congressional District.

Courtesy of Lauren Boebert for Congress

Lauren Boebert, owner of Shooters Grill in Rifle, Colo., addresses a Second Amendment rally on the steps of the Colorado Capitol on Saturday, Dec. 7, 2019. She announced the next day that she plans to challenge U.S. Rep. Scott Tipton in the 2020 Republican primary in Colorado's 3rd Congressional District.

Lauren Boebert’s primary campaign was kind of like the myth about a bumble bee: It wasn't built to fly.

Bees fly, and the buzz in Colorado politics right now is all about Boebert.

If you look at everything the experts know about running a campaign for Congress, however, you won't find it in the way she beat Scott Tipton, a five-term incumbent with a veteran team behind him and President Trump's endorsement.

She won it with no money, no professional staff to speak of. Heck, no clear mandate, unless you count outing the Deep State and sticking up for gun rights.

What she had was energy, savvy and impeccable timing.

When Boebert got in the race, she blew right past Tipton and said she was running against Rep. Alexandria Ocasio Cortez. During the race she castigated him for supporting the same coronavirus relief bill as AOC did, which benefited the district.

"I'm absolutely running against her," Boebert said in her first sit-down with 9News' Kyle Clark last December. "There is a social narrative that's taking over our country. There's a battle for the heart and soul of our country."

The diner owner from Rifle was raised in Aurora and Montbello without much to live on and a mom who was a Democrat. She faces Diane Mitsch Bush, a former state legislator and county commissioner from Steamboat Springs.

Mitsch Bush lost to Tipton by 8 points two years ago, but won handily against a moderate businessman in the primary. Boebert hung a 9-point loss on Tipton.

Either way, Western Colorado will soon be represented by a woman for the first time and just the fifth congresswoman from Colorado in the state's 144-year history.

Boebert walked her talk — a woman, a millennial, a small-business owner, a gun rights advocate and a mom. She demonstrated a remarkable big of good timing when she showed up at the Beto O’Rourke rally for president in Aurora to say she defends her small frame and small business with her pistol she intends to keep handy. On the Texan's plan to ban assault weapons, she declared to a national audience, "Hell no, you're not."

Then when Republicans were energized to reopen the economy this spring, Boebert opened hers in defiance of local authorities and Gov. Jared Polis, proving her mettle as a fighter, if not a lawbreaker to boot.

Boebert, like most of the staff at Shooters Grill, wears a sidearm. Her politics is flavored by cups of coffee and countless hours of conversation, not focus groups and D.C. spin doctors.

If Boebert is far to the right on guns, government overreach and QAnon conspiracy theories, then it’s worth mentioning that Mitsch Bush backs climate change controls, single-payer health care, tougher gun laws and an end to oil and gas subsidies, positions she's tried to soften of late.

The district is changing, but it still leans reliably conservative. "If you're a Republican you can't just show up and win anymore," said former state Sen. Josh Penry, a native son and a state political strategist.

A decade ago, Tipton beat John Salazar, a centrist from a farm family. Ben Nighthorse Campbell, before him, switched to Republican when he reached the U.S. Senate, so he was no liberal.

My friend Dick Wadhams, a man who knows the state’s electoral map better than anyone, I’d argue, said if the 3rd CD swings wide enough to the left to lift Mitsch Bush, Cory Gardner, Trump and every Republican down the ticket to county dog catcher could be spending more time with their family next year.

Tipton had no reason to be concerned, winning reelection handily for a decade. He did nothing to stir up opposition, and he'd been faithful to the president.

Yet, Boebert makes a mistake if she assumes too much that it's something she did and not the kind of year it is.

There's evidence of a remarkable wave of frustration building against incumbents. That same mood lifted Trump four years ago: a dismay with the professional politicians.

Tipton was one of three Trump-backed candidates for Congress to fall: incumbent Denver Riggleman in Virginia and Lynda Bennett in North Carolina, who lost to a 24-year-old for a seat formerly held by Trump’s chief of staff.

Here in Colorado, well-regarded Democratic state Rep. Jonathan Singer of Longmont lost in a primary for Boulder County Commission, so did Republican state Sens. Vicki Marble in House District 49 in Larimer County and Ray Scott in his bid for the Mesa County Commission, each to newcomers.

Insights asked Gardner if an anti-incumbent mood keeps him up at night in his race facing the former governor.

“I don’t sense that, but I will tell you John Hickenlooper is probably seen as more of the incumbent than I am,” he said.

If 2020 seems like a political red sky at night, it's the challenger's delight. That's why Joe Biden isn't staking his campaign on Obama's accomplishments. Running on more of the same sure didn't help Hillary Clinton.

In politics, my smart campaign-running friends tell me, you have to ride the moment and not assume the moment is about you.

All Boebert has to be now is electable, unless Trump really, really isn't.

Despite another weekend of graffiti, the state Department of Personnel and Administration announced Monday that cleanup of the state Capitol is now underway. But that work isn't likely to be done before winter, according to DPA.

On heels of primary upset, Boebert beefs up campaign staff with GOP veterans

In only a few days, Western Slope restaurant owner Lauren Boebert went from being the latest in a string of Republican U.S. Rep. Scott Tipton’s longshot conservative primary challengers to meeting with President Donald Trump in the shadow of Mount Rushmore, hours before the president’s combative Independence Day eve speech and a firework show.

Joey Bunch: "I had a candid chat with a friend of mine who is a notable Republican pollster recently. He was worried, he confided."

As the 2020 campaigns enters their final stretch, Coloradans are poised to pick a senator, who could determine which party controls the upper chamber amid a historic pandemic and the resulting economic downturn. Reporter Ernest Luning breaks down all the key races statewide.